Despite once being attended by Ed Balls, whose claims to fame are tweeting his own name, losing his parliamentary seat while being in the British Shadow Cabinet, and then having a midlife crisis on national television, the Bilderberg Group apparently controls the world with an iron fist. While there are the outlandish claims that the group is secretly made up of intergalactic lizard men, the reality is much more interesting.

This year, the group’s first topic of discussion (like last year) has a Trumpish feel—with a progress report on the early days of the Donald’s reign on top of the list. The group publishes a press release[1] with the agenda before each year’s meeting, but with no journalistic coverage, no press conferences, and no transparency whatsoever, we just have to take it on faith that the world’s richest and most powerful people aren’t up to anything fishy. It’s just paranoia to think otherwise.

Here are ten attendees of this year’s meeting, who watch over us all with machines of loving grace. 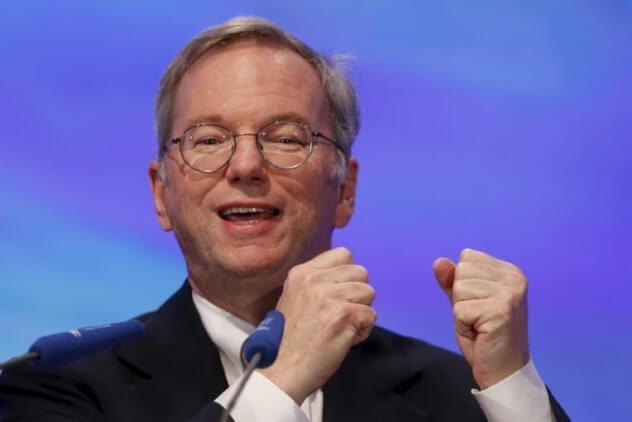 As well as being executive chairman of Google’s parent company Alphabet, Eric Schmidt also heads up an advisory board for the Pentagon, looking to bridge the gap between Silicon Valley and the most powerful military industrial complex on Earth. Schmidt said he saw the group “looking for ways to use new technologies to solve new and emerging problems.”[2]

Of course, with departments within his own company working on AI and Google handling over 65 percent of all web searches on the planet, there is absolutely nothing to worry about when Schmidt meets in secret with the Bilderberg Group. They’re almost definitely not building robots to conquer us all. 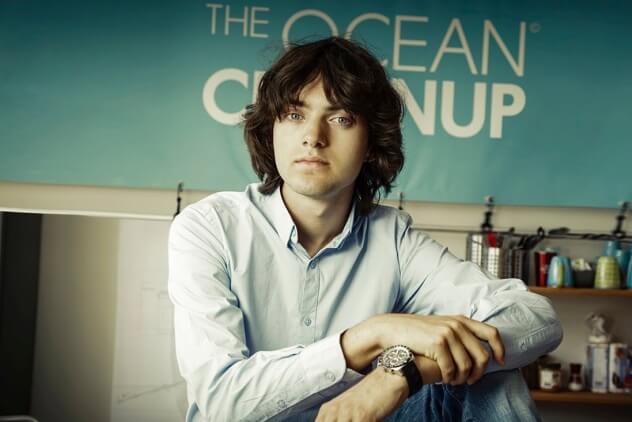 We often think of the Bilderbergs as being a slightly spooky bunch of old men who meet in secret and control our lives, but it appears that this year, the average age is dropping somewhat. 22-year-old Dutchman Boyan Slat has a theoretical idea on how to clear the world’s oceans of plastic.[3] We’re all on board with that idea, but the question remains: What happens when you put a young prodigy in a room with what may or may not be an evil cabal?

It’s almost for certain that the system of booms and filters Slat invented can’t be weaponized, but don’t say we didn’t warn you if his next innovation turns out to be some kind of shark-mounted laser. 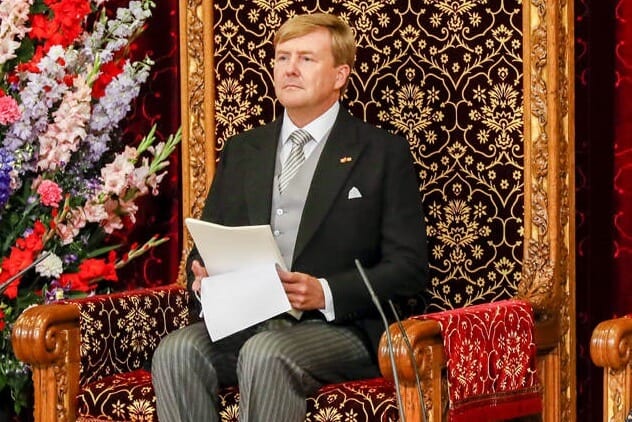 The youngest monarch in Europe is also the tenth richest head of state on the planet, with an estimated wealth of over £10 billion. This alone might be enough to garner access to the Bilderbergs, but what makes King Willem-Alexander stand out is his long history both in the military and in water management.[4]

Why would water management be of interest to a secret society that may or may not be bent on world domination? We’ve just seen a minor tiff on the international scene with the United States’ withdrawal from the Paris Agreement, which as a lowland country most at risk from climate change, the Netherlands has been a strong supporter of. Perhaps President Trump has made a royal enemy. 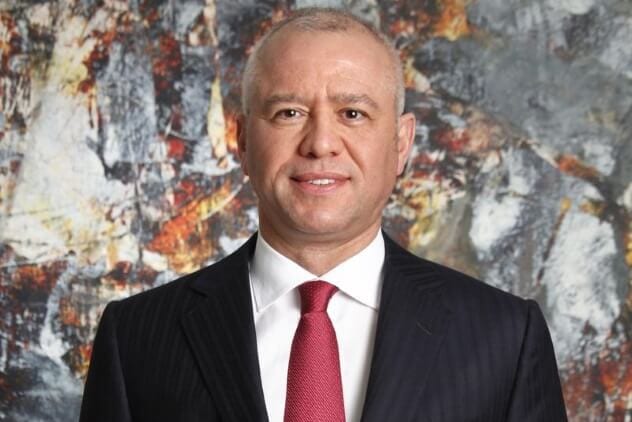 At first glance, Levent Cakiroglu looks to have earned his Bilderberg spot in the normal fashion—by being incredibly influential and wealthy. While this is certainly a possibility, in the light of recent (and likely future) unrest in Cakiroglu’s homeland of Turkey, we thought it would be a good idea to look deeper. Koc Holding is comprised of 113 companies, including supermarkets, energy, food, car manufacture, communications, defense, and domestic electronics. In short, if there is a Turkish pie, there’s guaranteed to be a large piece of Koc in it.

With an eye on their global position[5] and with President Erdogan threatening to release 15,000 refugees a month into the West if he doesn’t get his own way, a paranoid person might think the Bilderberg Group is up to no good in Turkey. Of course, there’s nothing to worry about. Immigration is obviously good for everyone.

6 Cui Tiankai
Chinese Ambassador to the US 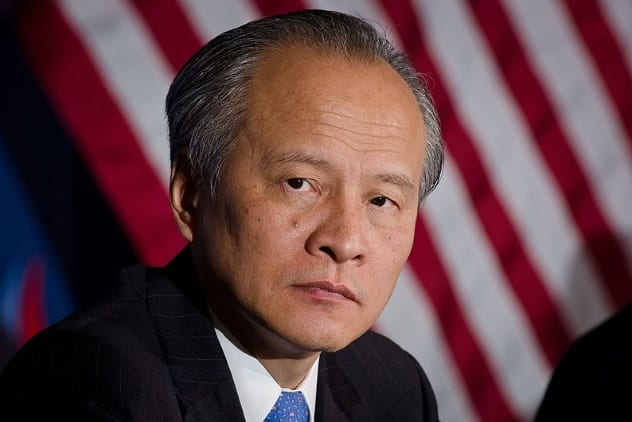 Photo credit: US Department of Agriculture

The Bilderberg Group is, ostensibly, a meeting to improve communication between Europe and the United States. The presence of the Cui Tiankai, the Chinese ambassador to the US, is interesting for many reasons. As a result of the hot-off-the-press Paris Agreement debacle, China is now the largest economy signed up to the accord, and in a major PR coup, the nation is seeing declining emissions considerably ahead of schedule.[6]

While Mr. Cui is sure to trumpet his country’s achievements in clean energy, there is also an upcoming meeting solely concerned with China, which will be attended by representatives of the CIA, the NSA, the Carlyle Group, and KKR. What that could mean in the light of a belligerent President Trump is anyone’s guess. Given the fact that China is making imperialist moves in the Sea of Japan and Cui has said, “The root cause of all problems in Sino-Japan relationship is that whether Japan can accept a powerful China,” we’re sure the Japanese have nothing to worry about. 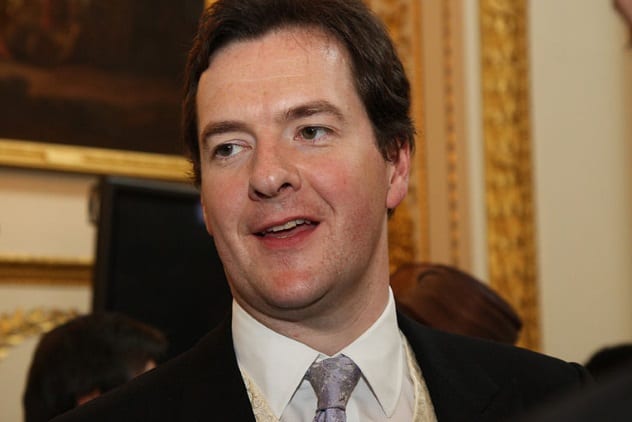 Former chancellor of the exchequer in Britain, the alleged cocaine and prostitute aficionado George Osborne is now editor of London’s daily free newspaper, the Standard. While the Bilderbergs eschew journalists as a rule, exceptions are made for reasons that almost certainly have nothing to do with manipulating public opinion through the press.

After being sacked by Prime Minister May when she took control of the party in 2016, Osborne has been a fierce critic of his former party—particularly since the nation decided to take the decidedly un-Bilderberg-like step of rejecting the globalist agenda in the EU.[7] Whether Osborne is at the Bilderberg conference to brainstorm some more ideas to sabotage his country is absolutely unproven, and we would never suggest such behavior is likely. 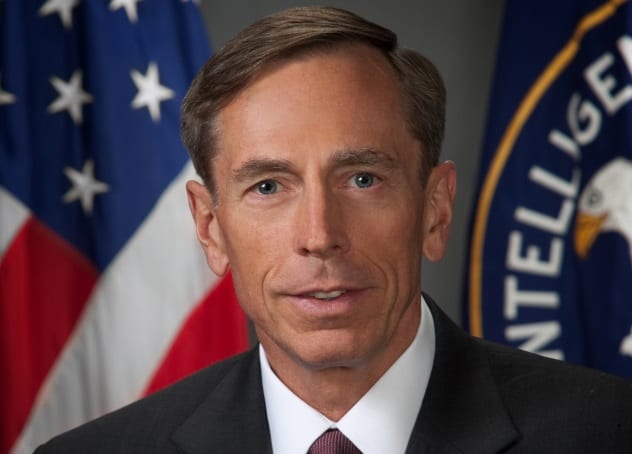 If you were wondering what happened to David Petraeus after having an affair with his biographer and quitting the CIA, rest assured he has not rested on his laurels. After battling insurgents in the Middle East for years and then being the most well-informed person on Earth about security, it will surprise no one that Petraeus found his true calling at investment firm Kohlberg Kravis Roberts (KKR) as chair of their KKR Global Institute (KGI).[8]

According to KGI’s website, “To accomplish its mission, KGI integrates expertise and analysis about emerging developments and long-term trends in geopolitics, macroeconomics, demographics, energy and natural resource markets, technology, and trade policy, as well as environmental, social, and government (ESG) considerations.” Naturally, this isn’t a cover for international espionage or a convenient front for regime change, which is definitely not what the Bilderberg Group would do. 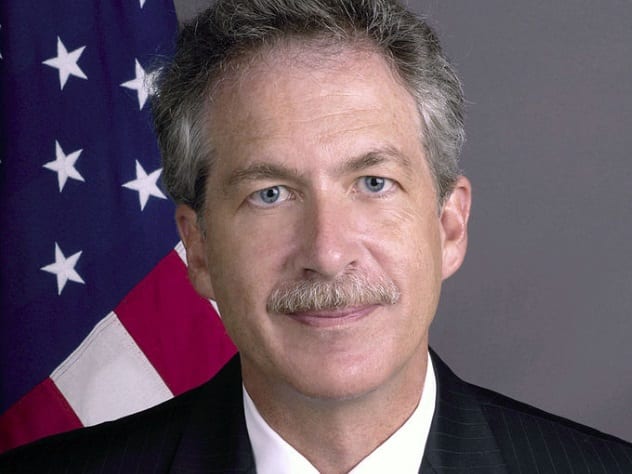 William Burns, former deputy secretary of state under the Obama administration, has been quoted as saying that Donald Trump “risks hollowing out the ideas, initiative, and institutions on which US leadership and international order rest.” Now, as head of a globalist think tank,[9] he is undoubtedly highly interested in the Bilderberg meetings titled “Why is Populism Growing” and “Can Globalization Be Slowed Down?”

As an internationally renowned diplomat for his work in Russia and a bona fide expert on relations with Iran, Burns is sure to be a voice that is listened to by everyone with an interest in overthrowing Vladimir Putin or merely faking the invasion of a Gulf state. 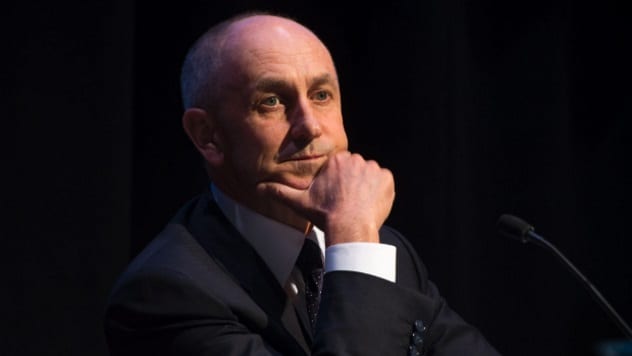 Chris Liddell is one of three members of Team Trump who are attending Bilderberg 2017, along with National Security Advisor H.R. McMaster and Secretary of Commerce Wilbur Ross. Singularly, Liddell has a very loose job description: He’s in charge of special projects. More can be gleaned about Liddell from his other roles, like being a member of the Council on Foreign Relations. With his history in conservation as well as with Microsoft and GM, Liddell is an experienced operator in politics and business.[10]

As his role is likely to go into “discussions” with the many critics of the Trump administration who are attending, we can safely assume that Liddell is not part of a globalist conspiracy to keep us all as slaves.

Unless that’s what they want us to think. 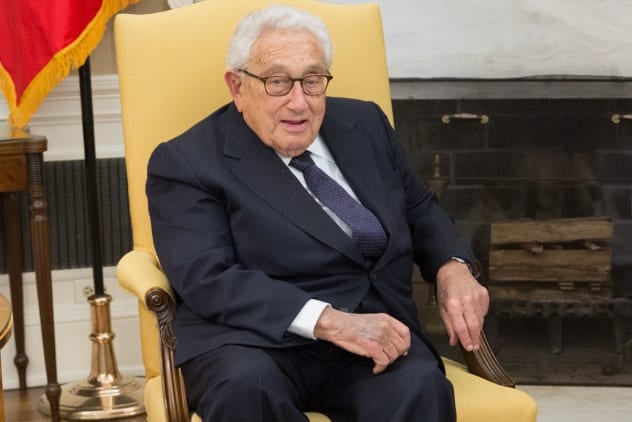 A man who needs no introduction except perhaps to remind ourselves that somehow he has not died despite being at least 400 years old, Henry Kissinger is the big fish of the Bilderberg Group. Despite the focus on the machinations of George Soros, who is not listed to attend this year, Kissinger has been the world’s leading political operator for over five decades. His record on the field of globalism is well-known, and many have tried to pin huge death tolls on him but with little success.[11] As Christopher Hitchens wrote, “He is that rare and foul beast, a man whose record shows sympathy for communism and fascism. It comes from a natural hatred of the democratic process, which he has done so much to subvert and undermine at home and abroad, and an instinctive affection for totalitarians of all stripes.”

Of course, the fact that Kissinger is heading up an annual meeting of the richest, most influential, secretive, and powerful people in the world should be of concern to absolutely nobody.

Go about your business, citizen.

Read more on secret societies and the global conspiracies attributed to them on Top 10 Secret Societies and 10 Insane Conspiracy Theories About The New World Order.