If we were told our names would be immortalized forever, most of us would probably cheer. Which proves most of us don’t know squat. For every figure who lends their name to something cool like a machine gun or ninja bear, there are plenty of others who get stuck as shorthand for terrible things. 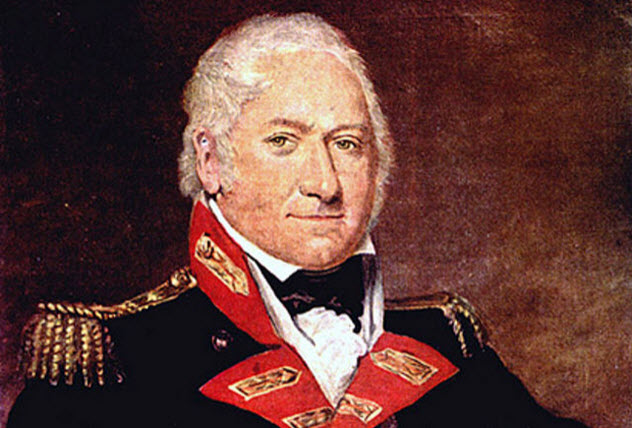 The word “shrapnel,” referring to broken bits of shell, bomb, and bullet that maim civilians, is usually heard coming from the lips of shocked newsreaders. Few know that it comes from Henry Shrapnel. An officer in the British Army, Shrapnel was the guy who came up with the idea of using bits of excess metal in bombs to kill as many people as possible.

The year was 1784, and Shrapnel was a plucky 23-year-old soldier. At the time, troops were starting to fire random bits of metal from guns to increase casualties. Shrapnel was the first to realize that you could increase them even more by preloading those fragments into a bomb, lighting the fuse, and hurling it.

Although the specific meaning has drifted since then, the negative connotations haven’t. Not that Shrapnel cared. He received a lifetime stipend from the British Crown for his contributions to bloodshed. 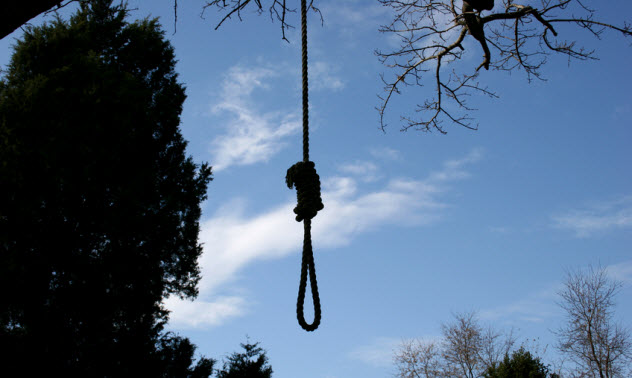 Captain William Lynch was a man with a horrifying hobby. Nope, not stamp collecting. The captain was a man who believed in rough justice. And that meant one thing for the petty criminals and wrongly accused in his town. He and his “Lynch-men” would, well . . . lynch them.

Although the term today has connotations of racial violence, the original lynchings weren’t specifically targeted at black people. Lynch and his men felt the government was too remote to dispense justice on outlaws, so they launched their vigilante group to target them.

Unfortunately, their methods were less like Batman and more like the Punisher. Captain Lynch and his men tortured, strung up, and murdered so many strangers that his name became synonymous with one of the cruelest forms of mob rule in US history. 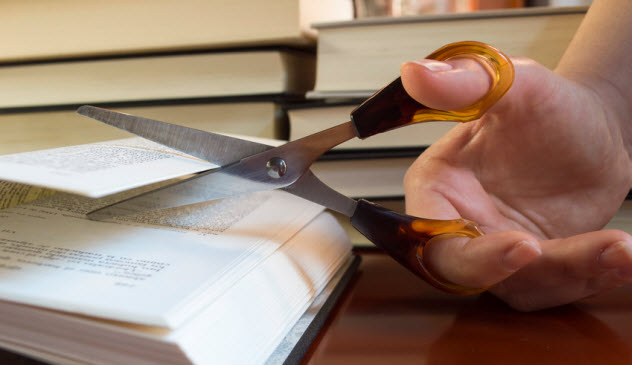 If you bowdlerize a book, you cut out all the juicy bits (the sex and death) and replace them with worse bits, ruining the book. This was something at which Thomas Bowdler excelled. In the late 18th century, the doctor, philanthropist, and prison reformer published a “polite” version of Shakespeare’s plays. His edited version was so bad that it made him a literary villain.

Bowdler had a tin ear and no gift for drama or character. In Hamlet, he rewrote Ophelia’s suicide (spoilers) so she accidentally drowned. In Henry IV, Part 2, he deleted the prostitute character of Doll Tearsheet. He turned exclamations of “God!” into “Heavens above!” He also expunged Othello entirely.

Bad as Bowdler was, others were worse. This trend culminated when an editor replaced the celebrated Tempest quote “Full fathom five thy father lies” with “Thy Daddy’s dead.”

A former officer in the British Navy, Christopher Leyland retired in 1889 to dedicate himself to gardening. Until his death in 1926, his vast garden was his life. He built an arboretum, imported rare palms, kept a menagerie of deer, ostriches, and bears, and proved himself to be one of the greatest silviculturists in history.

Unfortunately, this talent would be his undoing. After crossing two strains of cypress fir, Leyland created one of the most reviled plants in Britain: the leylandii.

It’s hard to express just how much gardeners today hate the leylandii. The Oxford Biographical Dictionary has called it “an object of fear and loathing” and called Leyland’s name “a curse.” Collins’ Tree Guide has named it “the most hated tree in Britain.” Many now consider it less a plant than a pest and go out of their way to burn them down. For proud gardener Leyland, this would be the worst form of immortality imaginable. 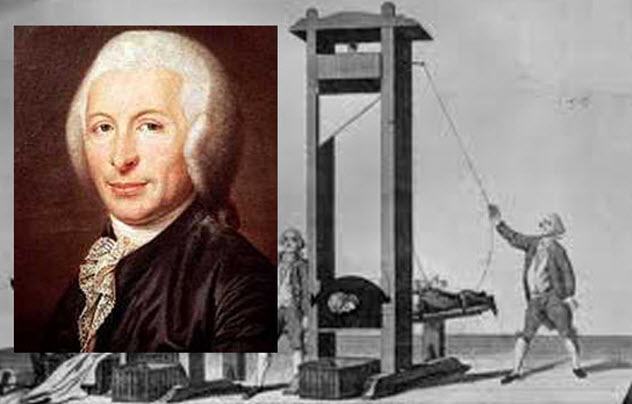 You may have heard that the guillotine was named after its inventor, Dr. Joseph-Ignace Guillotin. What you may not know was that Guillotin didn’t invent the guillotine and was an anti–capital punishment humanitarian who spent the rest of his life pleading with the French government to name the guillotine after someone else.

Before the guillotine, beheadings were frequently botched. This upset Dr. Guillotin so much that he petitioned the French government to make a humane alternative. They eventually agreed and got a French doctor and a German harpsichord maker to come up with something to decapitate a criminal with a single blow. To Guillotin’s horror, they named their new device after him.

Within a year of the guillotine’s creation, it was being used in the Reign of Terror. Guillotin was so upset that he tried to get the device’s name changed, but no one would listen. As late as the dawn of the 20th century, his descendants were still petitioning the French government to rename the guillotine. 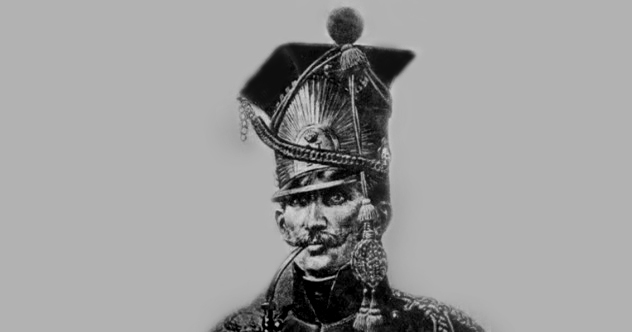 Chauvinist is used today as a synonym for “sexist.” It suggests that the target is dim, superior, and, in its modern usage, antifeminist. All of which means that Nicolas Chauvin is likely turning in his grave. If he’d had his way, the word would mean “a loyal soldier.”

Chauvin was a soldier who fought fiercely for his ruler, Napoleon. In return for nothing, Chauvin went into the thick of the fighting, getting seriously wounded on nearly 20 occasions. Even in Napoleon’s darkest days, Chauvin stood by his side, ready to die for the emperor’s vision of what France could be.

After Napoleon got his butt handed to him by the British, such blind devotion fell out of fashion and Chauvin came to be seen as a relic. It was then that his name acquired its negative connotations, eventually metamorphosing into our modern insult. 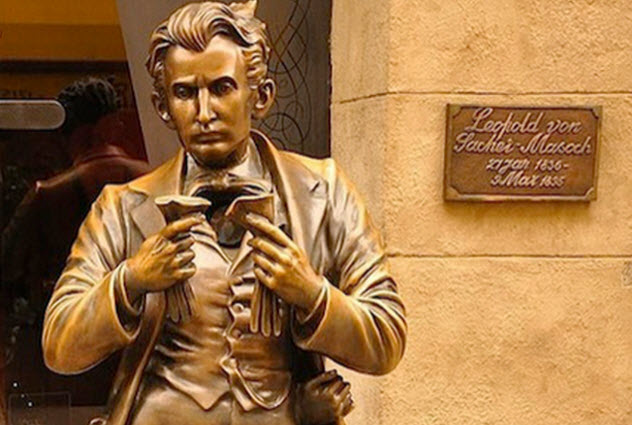 Imagine waking up one morning to find your name has become a byword for hilarious sexual deviance. That’s exactly what happened to Leopold von Sacher-Masoch. In 1883, Richard von Krafft-Ebing was looking for two new terms to classify sexual disorders. He named the first, sadism, after the Marquis de Sade. The second, masochism, was named after Sacher-Masoch.

The problem? The Marquis de Sade was long dead and couldn’t object. Leopold von Sacher-Masoch, on the other hand, was still very much alive. 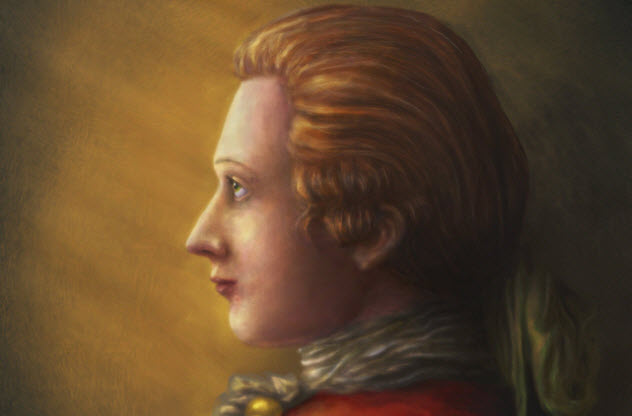 We mentioned above that the Marquis de Sade gave his name to sadism. The libertine writer was infamous long before then. In his own lifetime, de Sade’s novels—which feature murder, sexual violence, bestiality, pedophilia, incest, and necrophilia—had him jailed for over 30 years.

But de Sade was a publicity hound who would be pleased by his continuing notoriety. His family, on the other hand, was mortified by it. Thanks to this one black sheep, the Marquis’s descendants felt themselves unable to speak their family name or use their title for 200 years.

Unless your surname is “Hitler,” you probably can’t imagine what this felt like. The de Sades kept their name secret and didn’t even speak about the Marquis in their own homes. It wasn’t until 2014 that Elzear de Sade finally reclaimed the title of Marquis for the family, two centuries after his notorious ancestor had died. 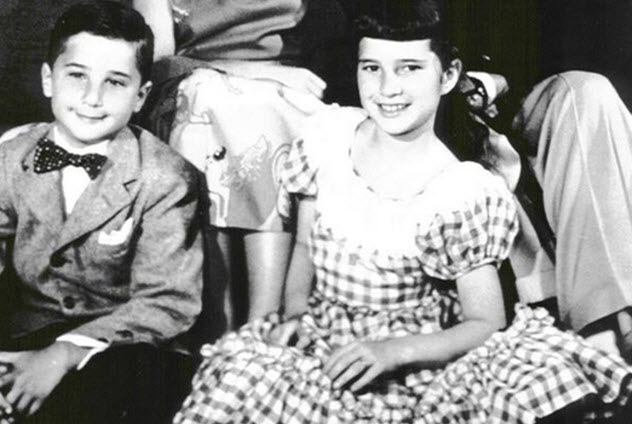 Compared to having a sexual perversion named after you, the story of Barbara and Kenneth Handler doesn’t seem bad. The two were the inspiration for one of the most famous toy couples of all time: Barbie and Ken.

Unfortunately, this opened a Pandora’s box of Freudian nastiness. See, the real-life Barbie and Ken weren’t boyfriend and girlfriend. They were brother and sister.

The dolls were invented by their parents, who named them after their kids as a tribute. Both children grew up to hate the association. Aside from most of the world thinking they were lovers instead of siblings, they claimed to hate what the dolls represented.

Barbara complained that Barbie was a bimbo airhead. Kenneth was annoyed at Ken’s squeaky clean, boring persona. Both children felt that the association with the dolls ruined their lives. 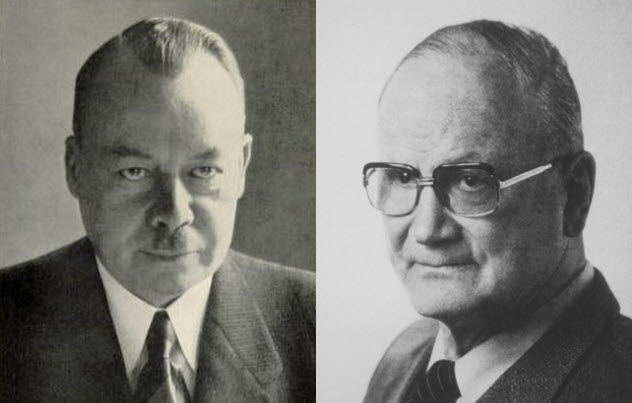 Such is the case with the Nazi doctors. Thanks to their medical experiments on Jews and others, many Nazi scientists discovered new medical conditions. Seventy years later, those conditions are still named after them.

Reiter’s syndrome, for example, is named after Hans Reiter, whose experiments killed over 250 at Buchenwald. The “Clara cell” comes from Max Clara, who used the bodies of Holocaust victims to get his samples. Wegener’s granulomatosis comes from Friedrich Wegner, who experimented on Jews in the Lodz ghetto. The list goes on and on.

Even when the Nazi connections were discovered, people kept using the names. Since 1977, there has been a campaign to rename Reiter’s syndrome “reactive arthritis.” As of 2012, less than half of all doctors had started using the new name.