Whenever you see the word “dictator,” the word “reasonable” isn’t usually one that leaps to mind. World leaders renowned for their temper or instability are a lot like people online—we expect them to overreact to everyday occurrences with a regularity bordering on obsession. These hilariously extreme overreactions that out of character for even the most insane world leaders.

10Selim II Invaded Cyprus Because He Ran Out Of Wine 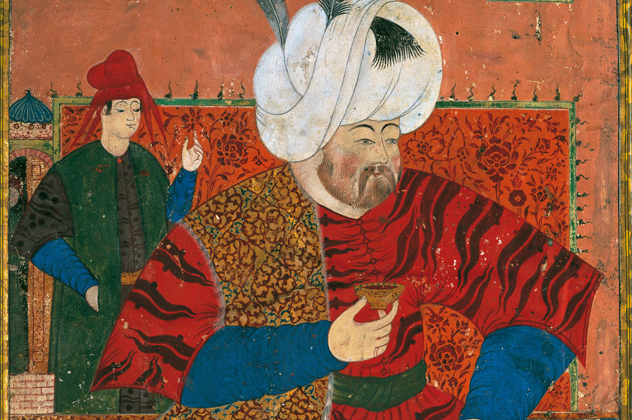 Selim II, sometimes known as Selim the Blond or Selim the Sot, was a sultan of the Ottoman Empire who was known for his love of Cyprus’s wine. Selim’s addiction to wine was so severe that his nickname, Salem the Sot, bestowed by historians, basically translates to Selim the Drunkard. Selim enjoyed drinking so much that his own people didn’t even wait until he died to start making fun of him for it.

Selim’s love of wine was so great that part of the reason he eventually decided to invade Cyprus was so that he’d have full control over the world’s supply of his favorite tipple. Selim’s desire to invade Cyprus wasn’t fully influenced by his taste for wine—he had good reason to invade Cyprus because it was a country of great strategic importance, although Selim himself likely didn’t know it. However, we shouldn’t lose sight of the fact that Selim’s decision to invade an entire country and risk the lives of thousands was, in part, an overreaction to running out of his favorite wine. On some level, you just have to respect dedication like that.

Discover history’s most incredible military campaigns when you buy 100 Decisive Battles: From Ancient Times to the Present at Amazon.com!

9Zhang Xianzhong Celebrated His Recovery From Illness By Dismembering Hundreds 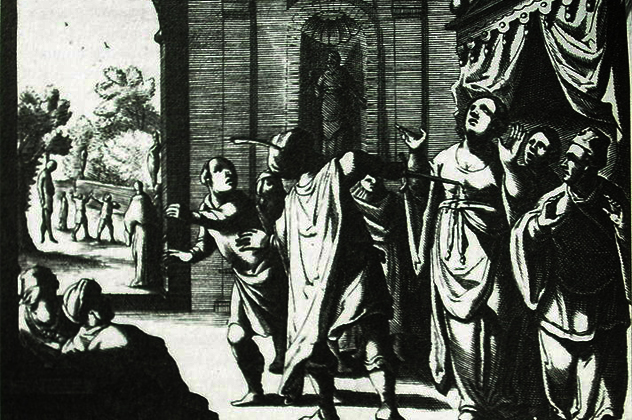 Zhang Xianzhong is a rather reviled figure in Chinese history mainly due to the fact that, under his rule, a reported 90 percent of the population of the Sichuan province met their untimely demise. Xianzhong, who was commonly referred to as “Yellow Tiger,” engaged in unspeakable acts of cruelty during his reign. He would regularly cut the hands and heads off people he’d executed just so that he could pile them up to keep count of how many people he’d killed that day.

One time, when Xianzhong fell ill to an undisclosed sickness, he promised the gods that if they helped him recover from the illness, he’d offer them two “Heavenly Candles” as thanks. Now no one, including Xianzhong’s own entourage, knew what he meant by the phrase “Heavenly Candles,” but they soon found out he wasn’t talking about wax.

When Xianzhong eventually recovered from his bout of illness, he instructed his men to gather as many women as possible. Then, in a move nobody saw coming, he instructed his men to cut off the feet of all of the women present and place them in two separate piles. When his macabre piles of anguish were constructed, he then cut off the (exceptionally tiny) feet of his favorite concubine and placed one atop each pile before setting them both alight.

8Frederick William I Would Shoot People For Making Small Mistakes 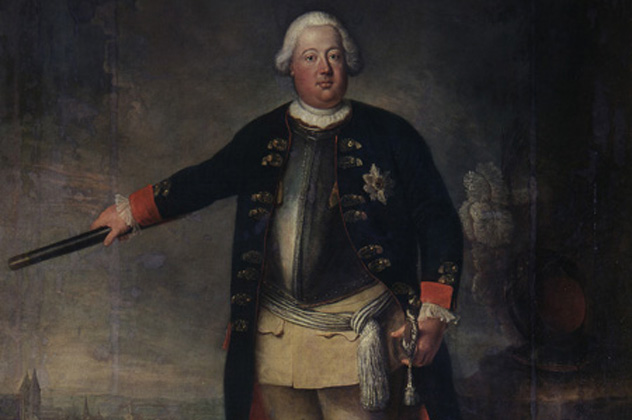 We’ve discussed Frederick William I and his penchant for tall men on Listverse before, and in keeping with what we mentioned back then, we’re still insistent that King Frederick was utterly insane. Along with an unfortunate habit of kidnapping random tall people and forcing them to fight in his private army of giants, King Frederick was known for his explosive temper, often doing things like beating his subjects half to death with a cane for seemingly no reason at all.

Along with a cane, King Frederick also carried two pistols loaded with salt at all times purely for the purpose of shooting servants who annoyed him. As discussed in the book Memoirs of the Court of Prussia, the king would often sit on his throne with the pistols by his side, just waiting for someone to give him an excuse to fire one. It’s reported that on at least one occasion the king shot a servant right in the face for a simple blunder, permanently blinding him in one eye. Considering the fact that Frederick could have just asked one of his giant soldiers to rough the guy up a little, shooting him in the face with salt just seems excessive. 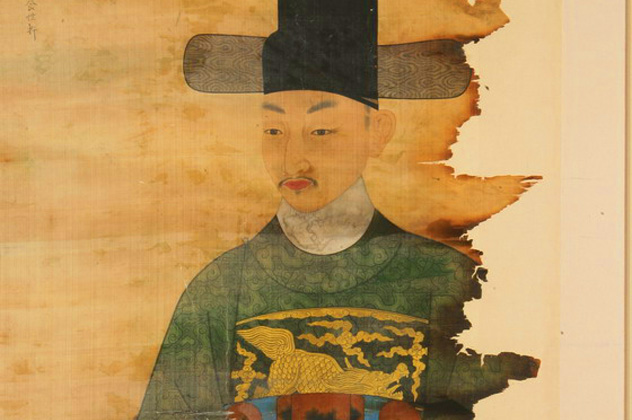 Crown Prince Sado of Korea is another ruler that we’ve mentioned before. During the 18th century, Prince Sado would wantonly abuse his servants and rape women without a second thought. However, today we’re talking about Prince Sado’s obsession with clothes.

Prince Sado was utterly obsessed with his appearance and, in a futile attempt to avoid his wrath, his servants would lay out at least 30 outfits a day for the prince to try on. Prince Sado would invariably hate all of the outfits, and just to ensure that they hated their already thankless task a little bit more, he’d punch, kick, and sometimes even kill the poor people charged with trying to dress him. Before he’d even begin to get dressed, though, Sado would burn dozens of expensive silk outfits for reasons that were only apparent to him. 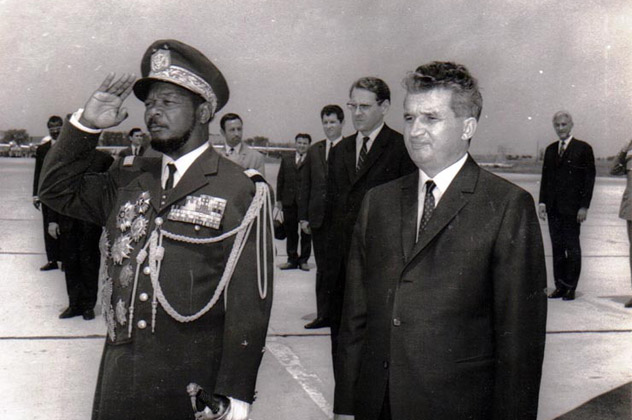 Jean-Bedel Bokassa has appeared on this site numerous times before purely because of how genuinely insane he was. Bokassa famously tried to fashion himself into an emperor-like figure when he became the ruler of the Central African Republic in 1976, and almost bankrupted his entire country by buying himself a crown and a giant palace.

Under his rule, Bokassa insisted that all schoolchildren had to wear an incredibly expensive school uniform, the only seller of which was a company owned by one of his many, many wives. When schoolchildren inevitably began to protest this, Bokassa, in a fit of rage, had hundreds of them imprisoned.

In and of itself, this is already an overreaction of epic proportions, but Bokassa wasn’t a man who did anything halfway. After he’d had the children arrested, he personally beat a bunch of them to death with his bare hands, an action that earned him scorn from the international community and little else. Some of the children were noted to be as young as eight years old. 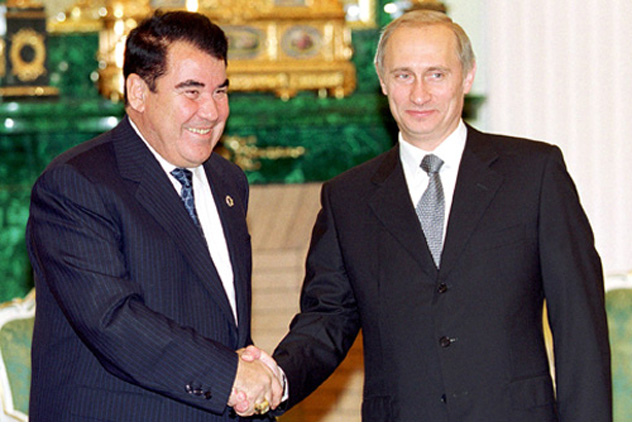 There’s a fine line between eccentricity and insanity, and as far as we can tell, the former leader of Turkmenistan, Saparmurat Niyazov, spat on that line and everything it stood for. The famously maladjusted leader was known throughout the world for his seemingly insane decrees and laws. As we’ve already discussed, Niyazov famously tried to construct a giant ice palace in the middle of the desert and had his entire staff memorize a book he wrote for no reason.

Niyazov is infamous for banning things on a whim. Perhaps the most incredible example of this is the time he banned all dogs from the capital city of Turkmenistan solely because he didn’t like the way they smelled. If that wasn’t crazy enough, when Niyazov turned on his TV one day and found that, for some odd reason, he couldn’t tell the difference between the men and women announcing the news, he banned every TV presenter in the entire country from wearing makeup while they were on the air.

4Stalin Had His Painters Shot Because Their Paintings Were Too Accurate 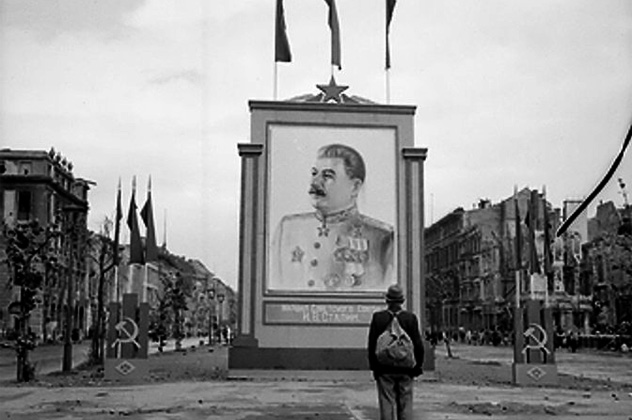 Despite his status as one of the most famously dangerous and imposing figures in world history, Josef Stalin, a man infamous for being responsible for the deaths of more people than Adolf Hitler, was only 1.6 meters (5’5″) tall. At most.

This may not seem like such a big deal to us, but for a man like Stalin, who was “obsessed with public image,” it served as a source of constant embarrassment and anger. In order to keep up the illusion that he was a man of physically impressive proportions, Stalin tried to never appear in photographs next to people taller than himself and he’d often hide his withered left hand (supposedly caused by a birth defect) by folding his arms across his chest.

Stalin’s obsession with appearance was so great that when a portrait painter finally managed to paint him looking intimidating with his arms folded neatly below his broad chest, Stalin immediately had every other painting of him destroyed. Then he killed their painters for good measure.

3Xerxes I Was Really Annoyed About The Battle Of Thermopylae 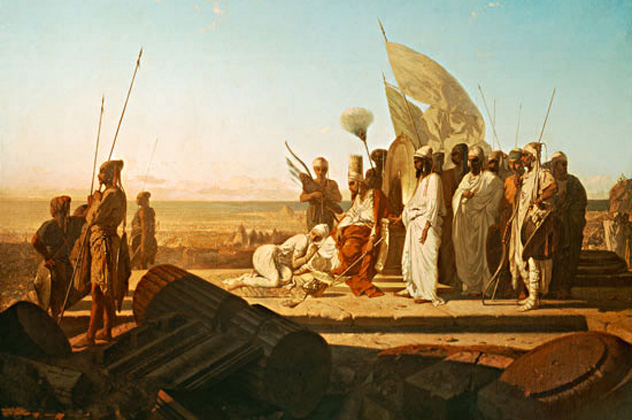 Before you Google it to check, yes, Xerxes I was the Persian king with the solid gold throne in the film 300. Although Xerxes I won the Battle of Thermopylae through a combination of sheer numbers and a Spartan betrayal, he literally had to tear victory out of the Spartans’ cold, dead hands.

However, even though Xerxes managed to best one of the single greatest fighting forces on Earth at the time, he was still incredibly annoyed at how difficult it had been for his army to attain victory in the first place. As a result, when his army marched into Athens after the Battle of Thermopylae and another battle in Artemisium, he ordered the entire city to be burned to the ground.

Athens was a huge hub for trade at the time, meaning that burning it to the ground was like Xerxes throwing money straight into the sea. Burning Athens also annoyed the Greeks and only strengthened their resolve to murder every Persian they came across. Xerxes eventually offered to rebuild the city as an apology after he apparently realized that destroying everything it contained had been a bad move.

Watch the action-packed blockbuster hit 300: Rise of an Empire with Amazon Prime at Amazon.com!

2Elagabalus Divorced His Wife Because Of A Birthmark 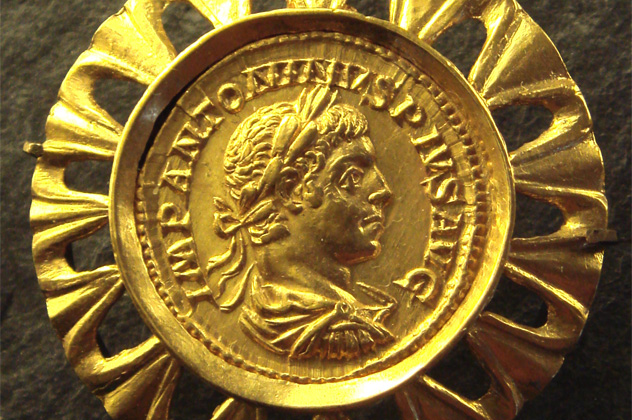 Elagabalus was a Roman emperor known for being more Caligula-esque than Caligula himself, and he was feared by the Roman people for his penchant for playing pranks. Some stories detail how the emperor released hundreds of snakes into the crowds that had gathered to watch the games, while others talk about how he’d terrify his dinner guests by randomly releasing leopards into the room.

Perhaps one of the most curious things about Elagabalus was his seemingly fluid sexuality—the teenage emperor would reportedly bed both men and women and even supposedly prostituted himself to the people of Rome.

At the behest of an adviser who wanted to endear him to the public, Elagabalus married a young woman named Julia Paula, who came from a rich Roman family. However, almost immediately after the marriage was finalized, Elagabalus divorced Paula on the grounds that she had an “unsightly blemish” on her body. 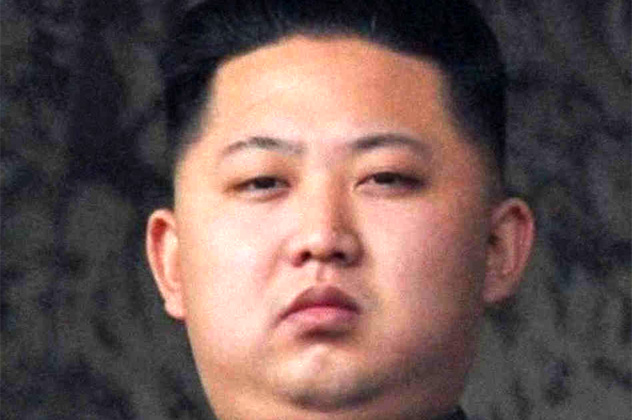 Kim Jong-un isn’t exactly known for his reserved nature and his stoic approach to leading North Korea, but this is just ridiculous.

After his father died, Kim Jong-un was understandably a little upset, and we’re not going to begrudge someone for mourning their father—even dictators deserve a small moment of humanity to remember the ones they care about. What we do take exception to is how Kim Jong-un reacted when he heard that one of his new ministers, Kim Chol, had been drinking and otherwise enjoying himself during the state-mandated mourning period for his father.

Angered by this apparent slight at his father’s memory, Kim Jong-un ordered that Kim Chol be executed. Most executions in the country are carried out by firing squad, but that wasn’t enough for Kim Jong-un. He wanted to send a message, and apparently the only way to do that was to have the man blown off the face of the Earth with a direct hit from a mortar round.

Karl is a freelance writer just trying to make his way in the world and you can follow or reach him via both Twitter and Tumblr if that’s your thing.