The Rape of Nanking and the evil human experiments done by Unit 731 usually come to mind when we think of Japanese war crimes. Unfortunately, those awful incidents weren’t isolated cases. Fueled by racism, fanaticism, and finally desperation as their defeat seemed inevitable, the Japanese in World War II perpetrated several acts on par with Nazi war crimes. 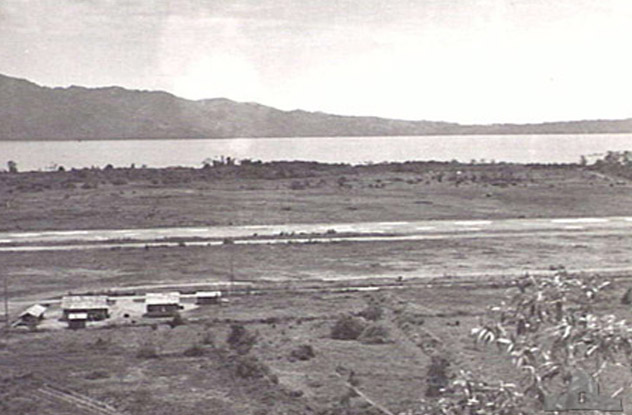 This ghoulish event, which killed more than 300 Australian and Dutch POWs, followed the Japanese capture of the Indonesian island of Ambon. Allegedly as an act of reprisal after the Allies destroyed one of their minesweepers, the Japanese randomly selected prisoners and executed them via beheading and bayonet near the island’s airfield. They then repeated the process three more times during the month.

The magnitude of this atrocity was enough for an Australian military tribunal to prosecute more than 90 Japanese officers and soldiers after the war in one of the biggest war crime trials in history. The tribunal sentenced four of the accused to death and handed out a range of sentences for the others. Unfortunately, they never got to try the mastermind, Rear Admiral Hatakeyama. The Japanese officer died while awaiting his trial. 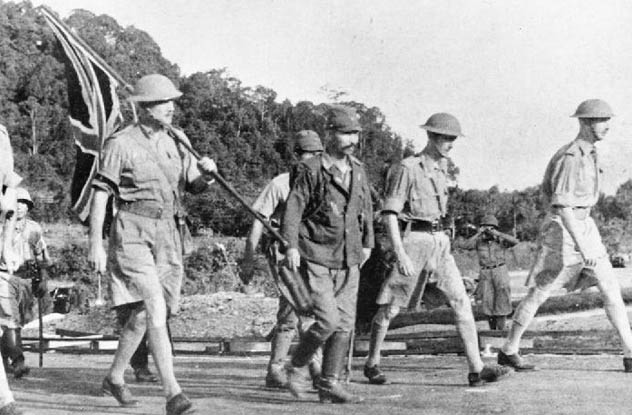 Just a day before the British surrendered Singapore, Japanese soldiers stormed Alexandra Military Hospital and slaughtered its occupants, including the medical staff and patients. Even those undergoing surgery were not spared.

Following the massacre, the Japanese forced those left to clean up the mess and then herded them into cramped rooms. When morning came, the Japanese rounded up the 200 survivors (some died during the night) and bayoneted them in the courtyard. Only five survived the second massacre—by hiding in a storm drain.

General Yamashita, upon learning the incident, had the offending soldiers apprehended and executed. 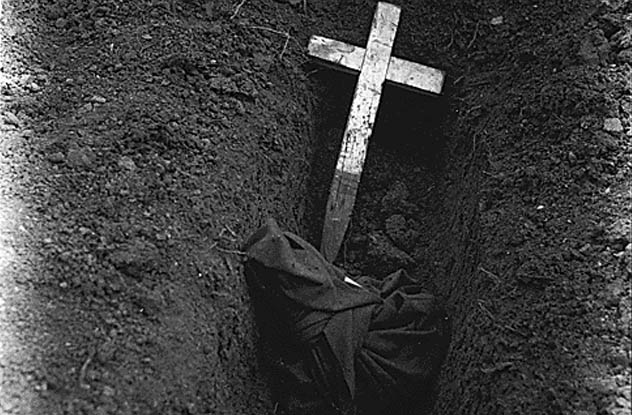 In another case of POW massacre, the Japanese stationed in Palawan Island, Philippines tried to kill all their American prisoners after wrongly assuming Allied forces had invaded. After driving the prisoners into makeshift air raid shelters, the Japanese burned them alive.

Those who fled the burning structures were bayoneted, shot, or bludgeoned to death. A few dozen managed to make it as far as the shoreline and hide there; the Japanese caught, tortured, and executed almost all of them. Of the 150 prisoners, less than a dozen survived to tell the tale, the lucky few somehow finding the strength to swim across a bay to safety.

News of this grisly massacre prompted Allied forces to embark on a series of raids to liberate prisons and camps held by the Japanese across the archipelago. 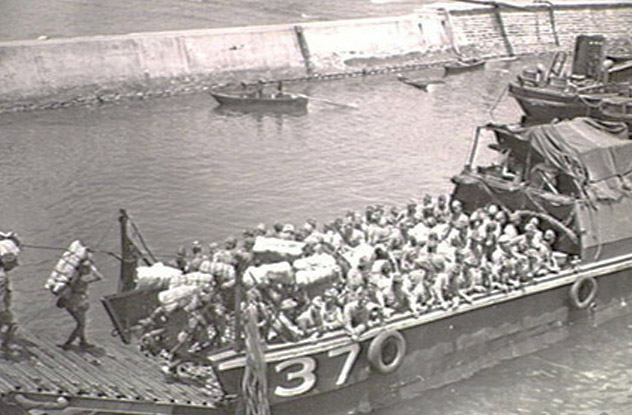 Even the small South Pacific island of Nauru did not escape the horrors of the war. During their occupation of the island, the Japanese committed a string of atrocities, and a few stood out for their brutality.

After a raid on the island’s airfield by American bombers on March 1943, the Japanese beheaded and bayoneted five interned Australians in retaliation. That same year, the Japanese also forcibly deported more than 1,000 indigenous inhabitants as labor to other occupied islands to conserve rations.

During their occupation, the Japanese singlehandedly exterminated the island’s leper colony. Stowing the island’s 39 lepers on a boat, the Japanese led them far out to sea and out of sight. Afterward, Japanese gun boats fired at the vessel, sinking it and killing all onboard. 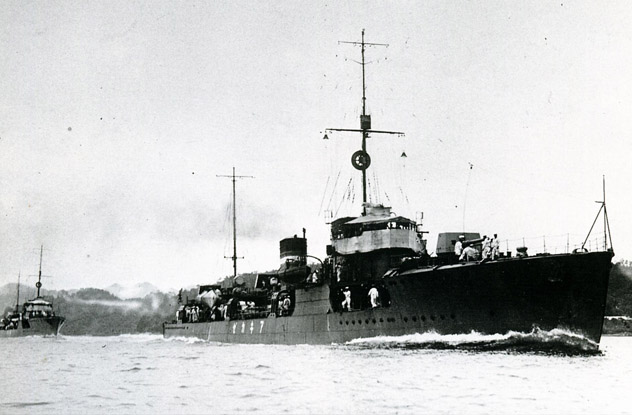 In what could be argued as an uncharacteristic yet brutal incident, Japanese forces executed a boat of German civilians suspected of spying for the Allies.

The incident began after the Japanese destroyer Akikaze, voyaging to the Japanese stronghold in Rabaul, picked up German missionaries and Chinese civilians living in the South Pacific islands of Kairuru and Manu. En route to their destination, the captain of the ship received instructions to execute the entire group. To accomplish this quietly, the Japanese led their victims one-by-one to the back of the ship to a makeshift gallows.

After securing the victims’ wrists to a pulley, the Japanese shot and whipped the bodies then sent them overboard. The sounds of the ship and the wind prevented further victims from suspecting anything until the last moment. After three hours, the Japanese successfully killed all 60 of their passengers, including two children whom they threw overboard while still alive. 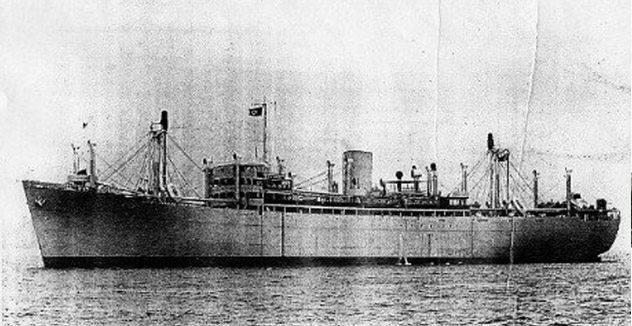 In the final raid conducted by Japanese warships in the Indian Ocean, the heavy cruiser Tone sank the British merchant vessel Behar and captured 108 survivors. Captain Haruo Mayuzumi relayed his ship’s success to his superior Rear Admiral Naomasa Sakonju, expecting praise. Instead, the admiral berated the captain for bringing along useless prisoners. He ordered their execution.

Mayuzumi appealed to his superior several times to spare the survivors. The admiral did not relent, and Mayuzumi carried out his orders. He divided the survivors into two groups composed of 36 and 72 members. The first contained the Behar’s captain and other ranking personnel, and Mayuzumi transferred them to a second ship, setting them free. The second group was not so lucky. When darkness fell, the Japanese beheaded them all and threw their bodies to the sea.

Sakonju would be later hanged. while Mayuzumi received a seven-year imprisonment for his role in the incident. 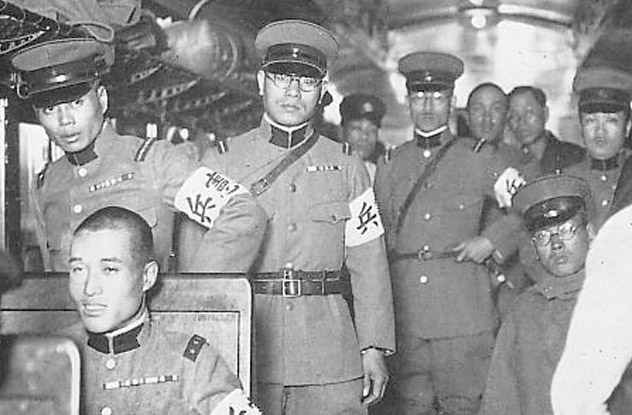 Following the Fall of Singapore, the Japanese wanted to mop up all remaining resistance, especially among the Chinese living in the region. To accomplish this, the notorious Japanese secret police Kempetai initiated Operation Sook Ching (“purge through cleansing”) in February 1942.

Singapore was the first to be purged. After interning and interrogating the city’s entire Chinese population, the Kempetai herded those they deemed as dangerous into military vehicles. They then transported them to the city’s outskirts and executed them all. This purging operation soon found its way into other parts of Malaya as well.

The manpower shortage and rush made the Kempetai especially merciless toward those in rural areas. They eliminated entire villages on mere suspicion of subversive activity. Although we have no official casualty figures, estimates range from 5,000–6,000 (Japanese sources) to a high of 30,000–100,000 (Singaporean and Chinese sources). 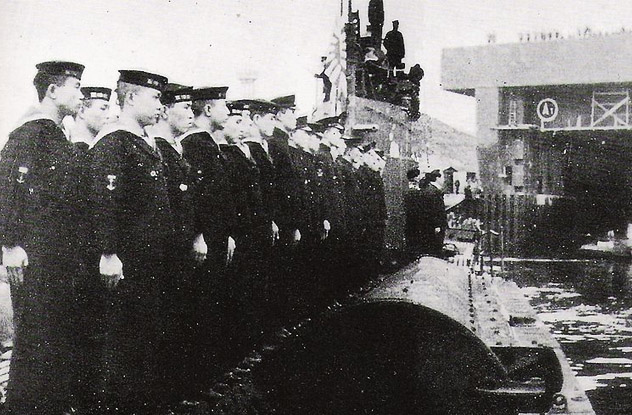 One of Japan’s most notorious submarines, the I-8, is best remembered for sinking two Allied ships and for the crew’s terrible conduct in the aftermath.

On March 26, 1944, the sub spotted and sank the Dutch freighter Tsijalak hundreds of miles off the coast of Colombo, Sri Lanka. The Japanese took 103 survivors onboard and massacred them with swords and sledgehammers. They then bound those still alive and left them on deck as the submarine dove below. Only five survived the ordeal.

Just a few months later, the Japanese destroyed the US cargo ship Jean Nicolet and subjected the survivors to the same brutal treatment. The Japanese tortured and killed their prisoners by making them pass through a gauntlet of swords and bayonets before throwing their bodies overboard. The Japanese later dove after spotting an Allied aircraft, with 30 prisoners still above deck. Only two dozen of the 100-plus prisoners survived. 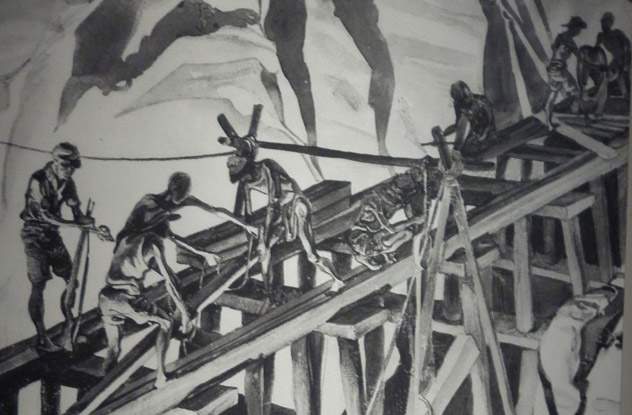 As their cargo ships were vulnerable to Allied raids, the Japanese sought an alternative supply line to maintain their forces in Burma. This culminated in the construction of a 415-kilometer (300 mi) railway between Burma and Thailand. The railway used 60,000 Allied POWs and 200,000 Asian conscripts for slave labor.

During the year-long construction, thousands died from the grueling working conditions and inhumane treatment. A total of 13,000 POWS along with approximately 80,000–100,000 Asian laborers died constructing the railway. The plight of the surviving workers did not end with the railway’s completion. While the Japanese relocated some of the prisoners, they continued to keep a contingent to maintain and repair the railway in the face of Allied attacks.

1The Massacre Of Manila
February–March 1945 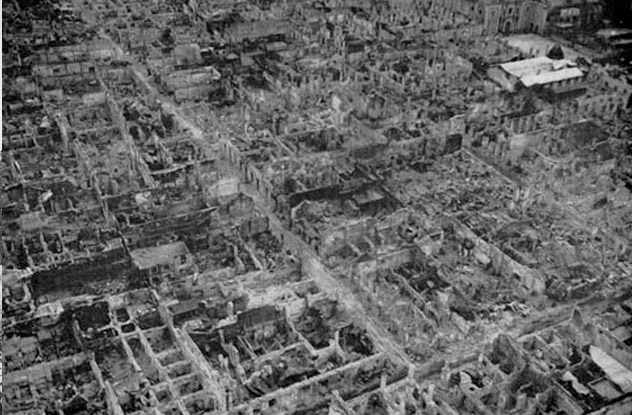 Early in 1945, General Yamashita planned for his men to evacuate Manila and fight in the countryside. However, two Japanese admirals ignored his order and committed their men to a final stand inside the city. When the Americans arrived, the Japanese forces realized that they faced certain death and vented their rage on the hapless civilians trapped inside their lines.

For weeks, the Japanese raped, pillaged, and murdered. Aside from the bayonets and beheadings, they machine-gunned captives and set fire to buildings with people trapped inside. The Americans ceased artillery strikes so the Japanese could surrender, but the Japanese instead continued their rampage.

After the dust settled, all Japanese defenders of the city had died, taking with them 100,000 civilian casualties. The incident left Manila as one of the Allies’ most damaged capital cities, second only to Warsaw.