When we look for villains in history, World War II provides a comfortingly easy dichotomy. But as terrible as the Axis leaders were, the individual footman in every army was just a human being—frightened, thrown into war, and doing his best to survive. For all the horror, a few men stepped across military lines and saved the lives of enemy soldiers in need.

10 A Nazi Squadron Fought To Protect China Against The Japanese 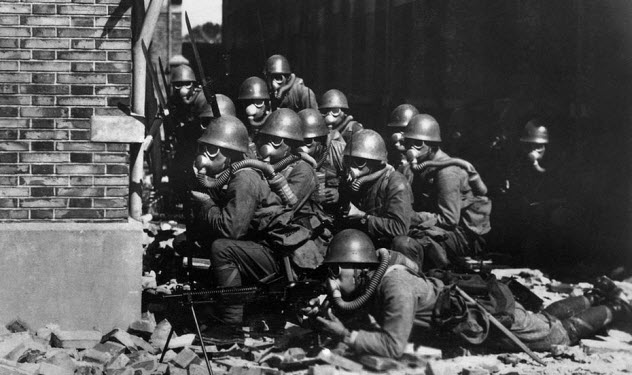 Photo credit: Ministry of the Navy

Before the war began, China hired German soldiers to train their men. When Japan invaded in 1937, some of those German instructors were stuck inside China.

Without orders from Hitler, the men agreed that “there could be no question of leaving our Chinese friends to their fate.” The German-trained 88th Division mobilized to protect China. They went out to the front lines at every opportunity and fought fiercely against Japanese troops.

When the Japanese reached Nanjing, the Chinese government ordered the Germans to go home, believing they had no chance of defending it. Even so, some in the 88th Division stayed on, doing their best to save their Chinese friends.

Most of the Germans who fought in Nanjing died in the battle. According to some stories, though, some Germans survived, escaped into the wilderness, and spent the rest of the war fighting alongside Chinese guerillas.

9 A German Officer Died Trying To Rescue A Wounded American 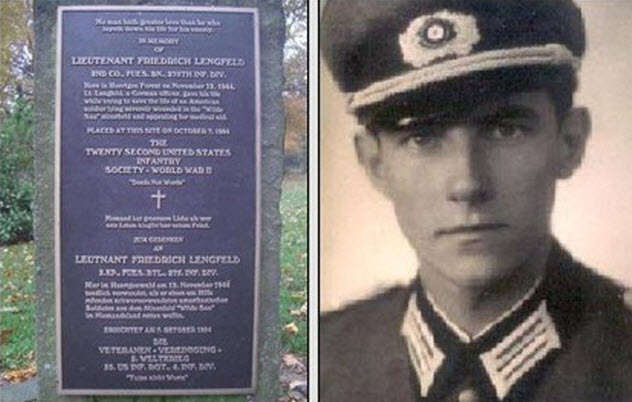 Lieutenant Friedrich Lengfeld was a German officer leading a group of riflemen against invading US troops. He was holding his position at the edge of a minefield, daring the Americans to fight, when he heard someone calling for help.

Lying wounded in the minefield, a US soldier repeatedly cried out, “Help me!” Taking pity on him, Lengfeld ordered his men not to shoot when the Americans came to rescue him.

Hours went by, though, and no US soldier was brave enough to rush for his friend. Finally, Lengfeld organized a rescue squad and went into the minefield to save the soldier.

Tragically, Lengfeld stepped on a covered land mine and died. There’s also no indication that the American survived. Still, Lengfeld died doing something few were brave enough to do—and earned a plaque honoring him from the US army.

8 A Romanian Princess Saved 1,000 Allies Who Were Bombing Her Country 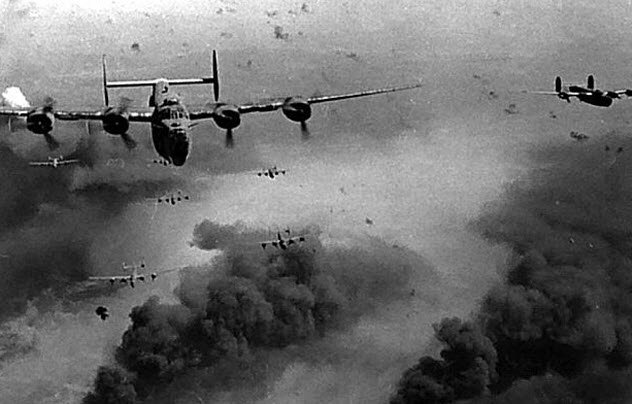 During World War II, Romania allied itself with the Nazis. Princess Catherine Caradja, though, wasn’t happy about it. She had spent her childhood in England and didn’t trust Hitler’s ideas.

When planes started bombing oilfields in her country, Caradja took custody of every surviving Allied crewman shot down over Romanian skies. She had them sent to her own hospitals, where they were treated like guests and given the best medical treatment.

Once the men recovered, Caradja helped them escape to Italy, which had already been liberated. By the end of the war, she had saved the lives of more than 1,000 men.

7 A Japanese Officer Gave A Football Star His Ring Back 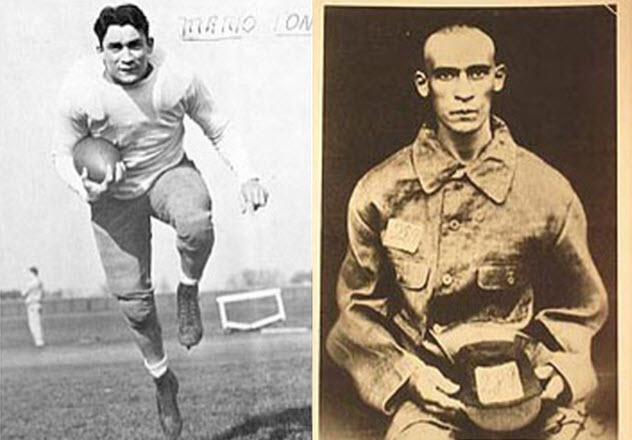 Before he joined the army, Mario “Motts” Tonelli was in the NFL. He had also played fullback for Notre Dame. After he enlisted, though, he was captured by Japanese soldiers and forced to march 100 kilometers (60 mi) toward a prison camp with 70,000 other prisoners.

The Japanese guards confiscated every item in the prisoners’ possession, but Motts didn’t want to give up his golden graduation ring. A guard threatened Motts with a bayonet before he handed it over.

Then something unexpected happened. A Japanese officer returned with Motts’s ring in his hand. The officer had studied in America and seen Motts play. “You were a hell of a player,” he said, handing the ring back to his prisoner. “Good luck.”

Motts still went to a prison camp and suffered horribly from malaria, dysentery, and scurvy.

But he had his ring.

6 A German Pilot Escorted An American Plane To Safety 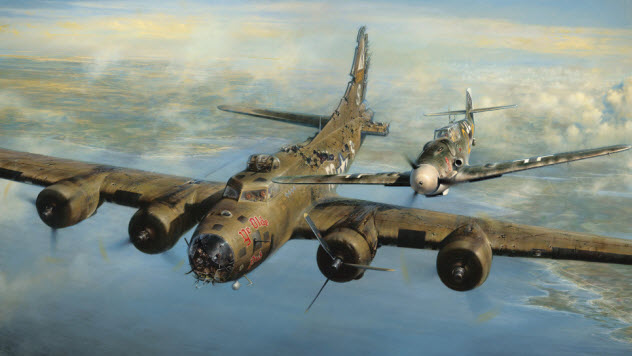 Lieutenant Franz Stigler, one of Germany’s best pilots, was ordered to shoot down a B-17 bomber, the last kill he needed to earn Germany’s highest medal of valor. But he didn’t do it.

As he approached the plane, he noticed that it was flying unusually close to the ground. The rear was riddled with bullet holes, and he could see that the men inside were injured and panicked. Gunning them down now, Stigler decided, wouldn’t be a military operation. It would be murder.

Flying alongside the bomber’s wings, Stigler signaled to the pilot and flew them all the way across the North Sea, where they could fly to safety. By making sure that German gunners didn’t shoot down the American plane, Stigler saved the men’s lives.

5 Germans Fought With Allies To Defend An Austrian Castle 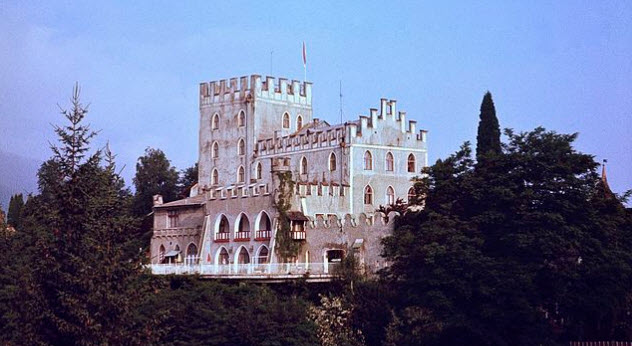 Castle Itter, a medieval castle in Austria, was used to hold French VIPs as prisoners. Toward the end of the war, though, it was becoming harder to hold and the frightened German officers inside fled. When the Germans found out, they tried to take the castle back. But the French prisoners weren’t going to give up that easily.

They made friends with Kurt-Siegfried Schrader, an SS officer in the camp. With his help, they took the weapons left behind, sent out a scout to call for help, and prepared for battle. Soon, a small troop of 15 American soldiers and three members of the Austrian Resistance joined them.

In time, word of their fight reached a US battalion that rushed in and saved the day. 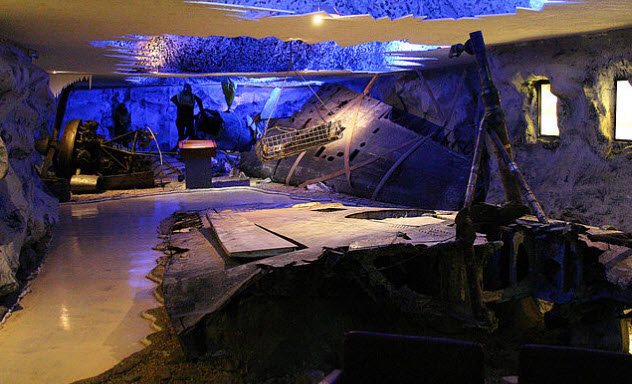 A trio of British planes ran an attack on a German aircraft and sent it crashing into the Norwegian mountainside, miles from civilization. On the way back, one of the British planes’ engines failed. Captain Partridge and his radio operator, Lieutenant Bostock, had to make an emergency landing.

Partridge and Bostock made their way through heavy snow and hid out in a hunter’s cabin, only to find the survivors of the German plane in the snow. Using broken German, they pretended that they weren’t the men who had shot down the plane and invited the Germans to use the hut.

Afterward sharing breakfast in the hut, Partridge and a German named Strunk went to find help. Unfortunately, a Norwegian man in town shot Strunk on the spot. But the rest of his crew survived.

3 A German General Refused To Kill Jewish Prisoners Of War 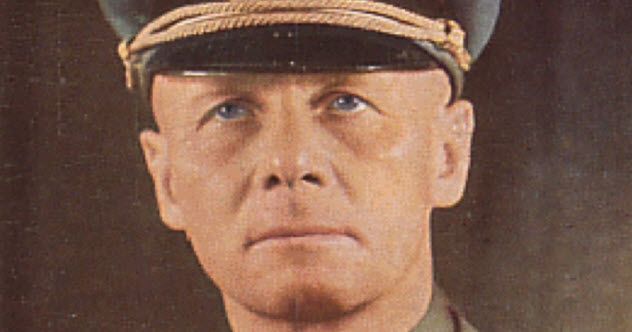 Erwin Rommel, one of Hitler’s most successful generals, spent most of the war fighting in Africa. There, he led his men from the front flank, risking his own life in a way that was uncommon at that time. When he captured soldiers, though, he ignored orders from the head office to execute every Jewish prisoner of war.

By the time he returned to Europe, he was concerned about Hitler’s movements and met with conspirators to remove Hitler from power. Rommel’s plot never played out. He was caught by the Reich, who came to his home and gave him a cyanide capsule and a choice: Kill yourself with honor, or be hanged for treason.

Rommel held his family close for the last time, bade them farewell, and swallowed the capsule. Then he stepped into an army car and let them drive him away, waiting for the poison to do its work.

2 A Nazi Officer Helped A Jewish Musician Survive The War 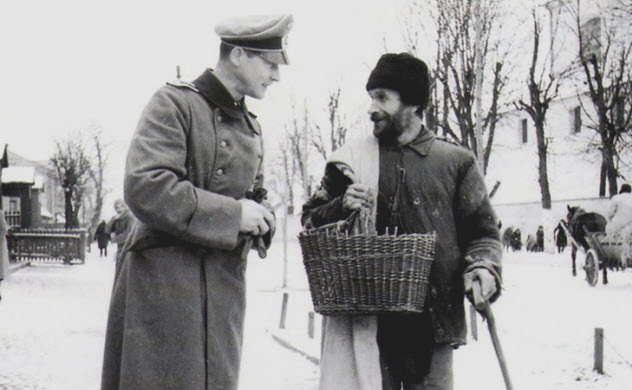 Wilhelm Hosenfeld, a Nazi officer stationed in Warsaw, watched the Holocaust unfold before his eyes. The experience deeply unsettled him, and he spent his time scribbling in diaries about the horrific abuse he saw inflicted upon Jews and Poles.

When the war was coming to a close, he started to do something about it. First, he helped a Jewish escapee named Leon Warm by giving him a false identity and a job. Then he helped a musician named Wladyslaw Szpilman, giving him food and supplies to help him survive.

When the war ended, Hosenfeld was taken prisoner by the Soviets for war crimes. The men he saved tried to petition for his release, but they were ignored. Hosenfeld died in a Russian prison camp, suffering a series of strokes.

1 A Japanese Boy Saved A Prisoner Of War 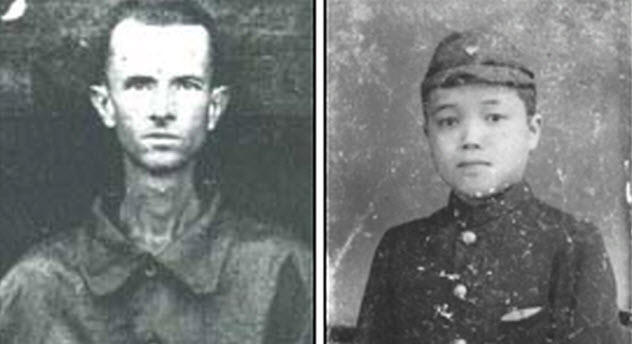 Captured by Japanese soldiers, Carl Ruse was thrown into forced labor at the Yokkaichi-Ishihara Sangyo prison camp. He suffered and starved while he slaved and soon withered to a mere 36 kilograms (80 lb).

Fumio Nishiwaki, a 14-year-old boy working in the factory, saw Ruse and took pity. Whenever Nishiwaki had the chance, he took spare scraps of food and fed them to Carl, giving him the sustenance to stay alive until the end of the war.

Carl kept a picture of the boy when he left the prison camp and held on to it until the day he died. According to his family, the boy and the picture reminded him that there was some good in the world. Nishiwaki’s act of kindness was the one thing that kept Carl sane after the horrors of war.