The following 10 accounts capture moments in history that have often been forgotten in time. These moments have not only left their mark on US history but have significantly altered the future of a nation in a time plagued with violence, injustice, and despair. The news isn’t all bad, though. We also got an iconic clothing item from the old American West that is still popular today. 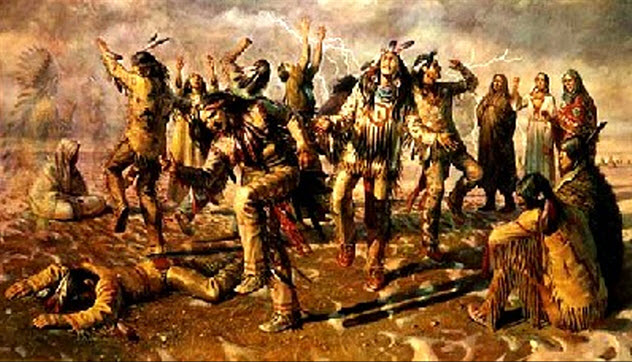 In 1870, the Ghost Dance, a Native American religious movement, was believed to restore tribal life. Supposedly, the buffalo would return to the Plains, the dead would rise, and all white men would vanish from the land. The movement was enthusiastically received by Native Americans, specifically the Lakota, and spread to California and Oregon over the years.

As word of the ritual reached neighboring white communities, officials felt threatened by the ceremonies, believing that the Lakota intended to start a war. The US government dispatched the army to stop the dancing and apprehend key leaders such as Sitting Bull and Big Foot.

Sitting Bull was killed as police attempted to arrest him. Two weeks later, members of the 7th Cavalry killed Big Foot and 145 of his followers in the Wounded Knee Massacre. The Ghost Dance died out among the Lakota, and historians believe that this atrocity signified the beginning of the end in the West’s Indian Wars. 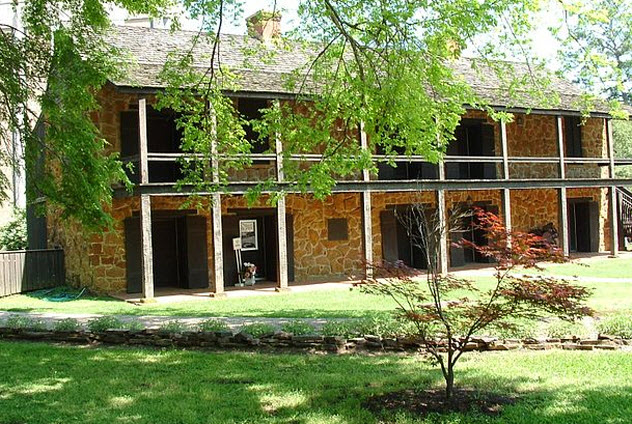 In December 1826, Benjamin Edwards and a force of 30 men rode into Nacogdoches, Texas, which was owned by Mexico. Edwards declared himself the ruler of the Republic of Fredonia and intended to seize the region. He had hoped that his efforts would be supported by the Anglo residents.

To strengthen his defense against the Mexican soldiers, Edwards negotiated an agreement with the Cherokee under which he would share Texas with them in exchange for military aid. However, the revolt disintegrated when the Mexican militia arrived six weeks later.

Realizing his rebellion had failed, Edwards fled to the US for sanctuary. In 1835, a more victorious revolution took place and established the independent Republic of Texas. Texas joined the Union as its 28th state in 1845. 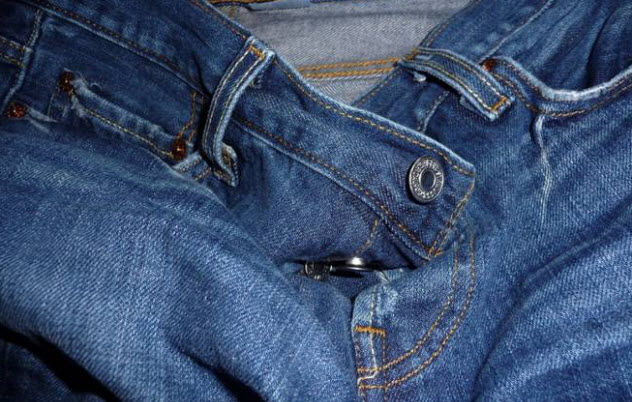 During the Gold Rush in 1853, Levi Strauss headed West and opened his own dry goods and clothing company. Jacob Davis, a tailor in Nevada who had purchased cloth from Strauss, developed a way to make pants durable and resistant to wear and tear. Seeking a patent for his unique design yet unable to cover the cost himself, Davis wrote to Strauss asking for financial backing in exchange for partnership in the business.

The men formed Levi Strauss & Co. and quickly began selling their “waist-high overalls” to miners, lumberjacks, and farmers. By 1873, Strauss and Davis had sold thousands, allowing them to expand around the world. What was born during the Gold Rush became a social phenomenon and stood the test of time, becoming known as the iconic Levi’s jeans. 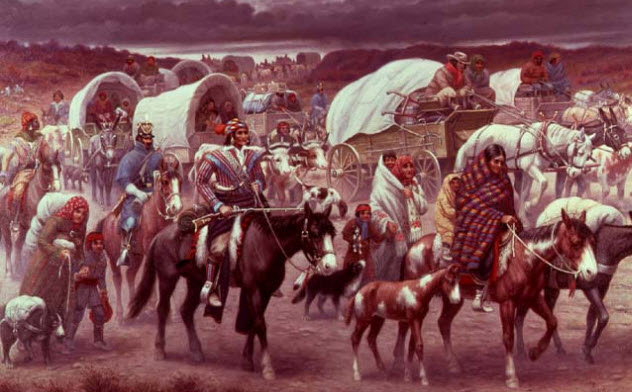 In 1835, 100 members of the Cherokee tribe signed the Treaty of New Echota, relinquishing all lands east of the Mississippi with the promise of money, livestock, and land in Indian Territory. Although most Cherokee opposed the treaty, the US government considered the deal finalized, justifying the removal of Native Americans from their southeastern homeland.

By 1838, only 2,000 Cherokee had left for Indian Territory, prompting President Martin Van Buren to send General Winfield Scott and 7,000 soldiers to forcefully remove the Native Americans from the land.

Their homes and belongings were looted, and they were forced to march more than 1,900 kilometers (1,200 mi) to Indian Territory, an event known as the “Trail of Tears.” Historians estimate that more than 5,000 Cherokee died during the journey from typhus, dysentery, whooping cough, cholera, and starvation. 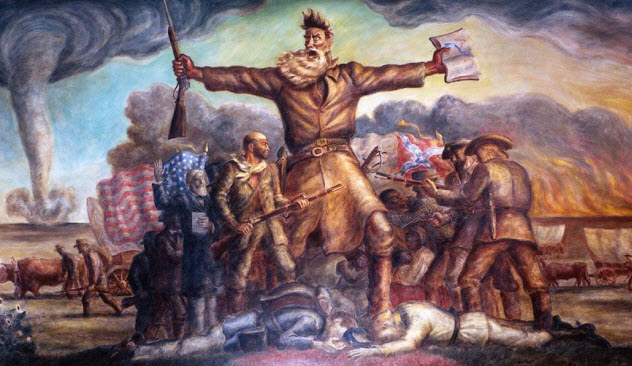 “Bleeding Kansas” was a period of violence that erupted in 1854 following the Kansas-Nebraska Act, which overturned the boundary between slave and free territory. Northern abolitionists began organizing groups for the settlement of Kansas. Meanwhile, largely proslavery western Missourians flooded into the state to oppose the Act, resulting in carnage on the border.

Kansas territory became difficult to govern due to the conflicting pro- and anti-slavery views, resulting in two separate governments within the state. Five years later, a single constitution was adopted, although the animosity and violence remained.

These events spurred tensions nationally due to the media’s portrayal of the atmosphere in Kansas and became the spark that helped to ignite the Civil War. 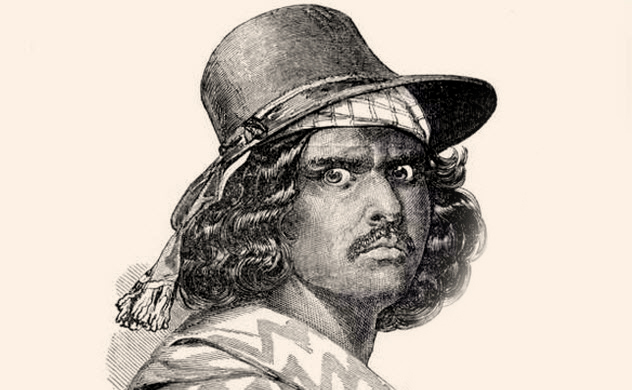 In 1853, Joaquin Murieta became a legend to Mexican Americans living in California. Born in Mexico, Murieta immigrated to California in 1848 with the hopes of striking it rich during the Gold Rush.

However, his dreams of fortune were diminished upon the passing of the Foreign Miners Act and the Greaser Act, which disallowed Mexicans to mine for gold. In response, Murieta led a band of outlaws up and down the San Joaquin and Sacramento Valleys, robbing stagecoaches and gold miners.

A $6,000 bounty was offered by the state of California for Murieta’s capture, dead or alive. Led by Deputy Sheriff Harry Love, a team of 20 California Rangers searched the countryside for weeks. They captured Murieta’s brother-in-law, who led the rangers to Murieta’s whereabouts.

Attacking the campgrounds at dawn, the rangers killed eight of the bandits, including Murieta. Love claimed the $6,000 reward after he presented Murieta’s severed head, preserved in whiskey, to state officials. 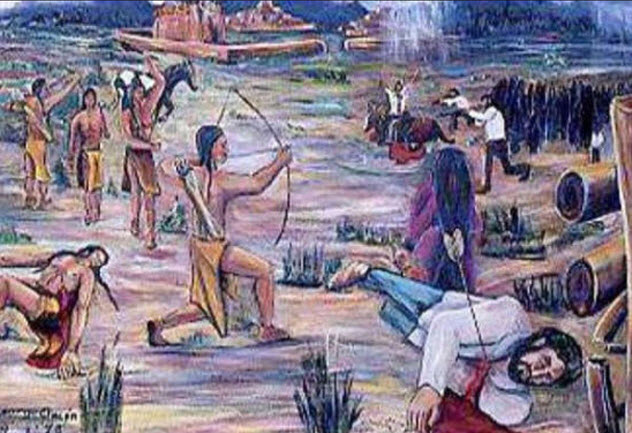 For three generations, Spanish explorers subjugated the Pueblo tribes of New Mexico, forcing them to abandon their religions, adopt Christianity, and pay tribute to Spanish rulers. The Pueblos’ sacramental objects were destroyed, their land seized, and their centers of worship demolished. Any resistance to Spanish rule was punishable by imprisonment, torture, amputation, and death.

In 1680, the Pueblos began an uprising to expel the Spanish from New Mexico. The Native Americans seized Spanish horses and blocked all roads leading to Santa Fe, isolating the northern part of the province from the southern part. They demanded that the Spanish leave and free Native American slaves.

But it was to no avail. This prompted an attack of nearly 500 Native Americans on Spanish settlements and missions. Many Spanish settlers escaped, fleeing south down the Camino Real. The Pueblos rejoiced in their newfound independence for 12 years. Then, on September 14, 1692, the Spaniards returned to reclaim Santa Fe.

3 The Battle At Picacho Peak 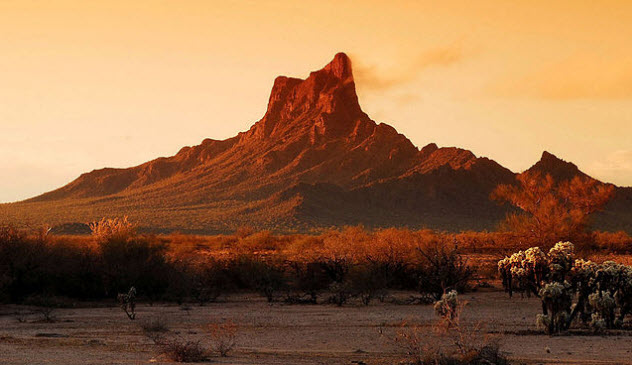 On April 15, 1862, Union soldiers approached Picacho Peak, 80 kilometers (50 mi) northwest of Tucson, where they were ambushed by the waiting Confederate cavalry. The armies exchanged heavy fire until late afternoon, eventually forcing the Union soldiers to withdraw.

In the end, it was a victory for the Confederates. Although miniscule in comparison to the bloodshed in the East, the events that transpired in the desert that fateful afternoon marked the westernmost battle of the US Civil War. 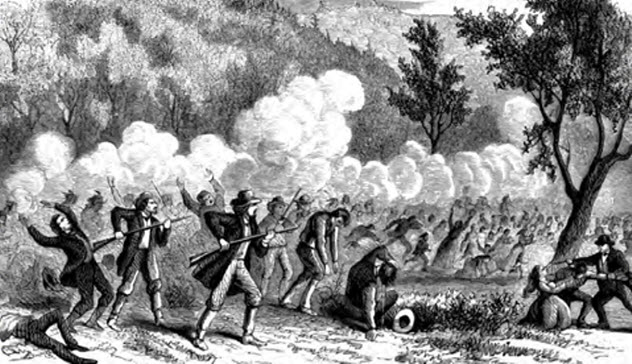 In southern Utah in 1857, 140 men, women, and children were shot, bludgeoned, and stabbed in an event known as the Mountain Meadows Massacre. Newspapers placed blame on Mormon settlers while Brigham Young, leader of the Mormon Church, openly blamed Native Americans for the atrocity.

The few people who did survive, all under age seven, stated that the perpetrators were white men. In addition, Mormons were witnessed wearing jewelry and clothing from the massacred victims. To restore order, President James Buchanan sent 2,500 soldiers into Salt Lake City, territory that Young had declared as independent from the United States.

Knowing federal troops were approaching, Young called for Mormons to prepare for the anticipated war between the church and the federal government. The Mormons set fire to the plains to halt the advancing army, attacked the supply lines, and burned Fort Bridger to the ground. With winter taking its toll on the starving soldiers, President Buchanan agreed to grant amnesty to the Mormons regarding all federal offenses, including murder, in return for peace and order. 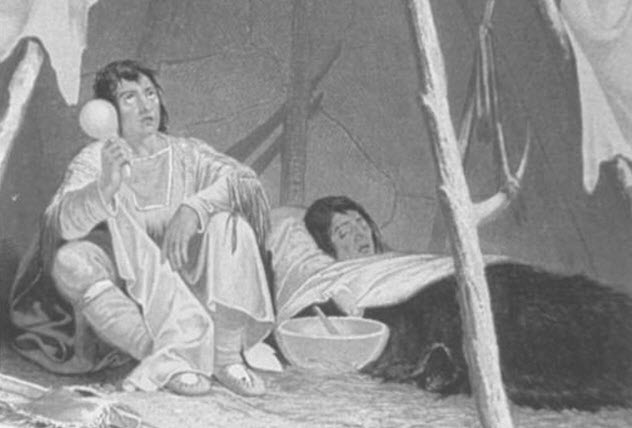 The fur trade in the Great Plains introduced smallpox to the Native American population in 1837, leaving them decimated and vulnerable to attacks by nomadic tribes.

The Native Americans had no immunity or treatment, so the disease killed nearly everyone infected. Those who contracted smallpox died within a few hours after experiencing excruciating pain. Nearly half decided to end their own misery with knives, guns, or leaps headfirst off cliffs.

Some attempted to escape the epidemic, dispersing into the Plains for refuge. Those who remained in their villages became easy prey for the virus and stood no chance of survival. There are few events in history of a disease killing so many within such a short period of time. The Mandan population fell from 1,800 to fewer than 100 and the Hidatsa and Arikara tribes were reduced by half between the summer and fall.