Animals are everywhere, but we can live in harmony with them in most places with very few incidents. In some areas, though, hoards of animals can disrupt communities and cause harm. In many of these cases, it takes enormous effort to restore balance. 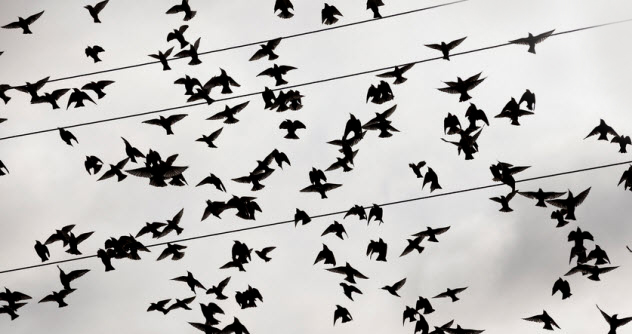 In 2012, the small college town of California, Pennsylvania, was invaded from the air by thousands of crows. According to the town’s residents, the sound of the crows was unbearable. One compared their sound to raindrops while another said they were louder than an alarm clock.

Besides being a general nuisance, mass numbers of birds taking over an area can be harmful because of the illnesses they spread and their effects on infrastructure. Most bird invasions like the one in California, Pennsylvania, occur in the winter because the birds are attracted to the lights of urban areas along with the heat generated.

To try to get the crows to leave the town, authorities used grape extract smoke, which works like pepper spray for crows and is neither harmful to plants nor other species of birds. Within moments of use, the crows will leave areas where grape extract has been sprayed. 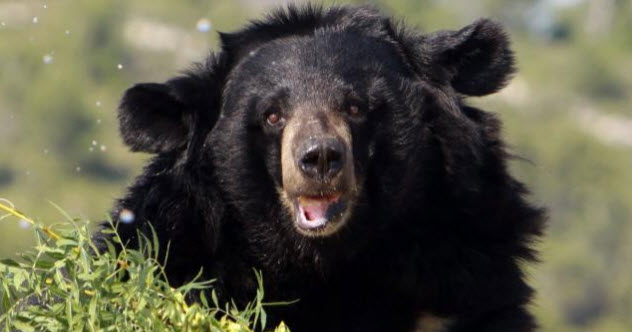 The town of Luchegorsk is located in Siberia near the Russian-Chinese border. In 2015, they were under siege by roving black bears. In quick succession, 36 starving bears were reported, with one resident comparing it to a military campaign.

It did indeed become a war between the bears and the town as multiple assaults by black bears occurred. The authorities soon ordered residents to stay in their houses for their own safety. Several bears had to be killed because of the threat they posed. In all, four or five human deaths occurred before a task force was put together to take care of the situation.

The reason for the sudden attacks was due to a shortage of pignoli (pine nuts) in the forest. Without their largest source of food, the bears were near starvation. In a desperate attempt to find food, the bears began to attack the townspeople. 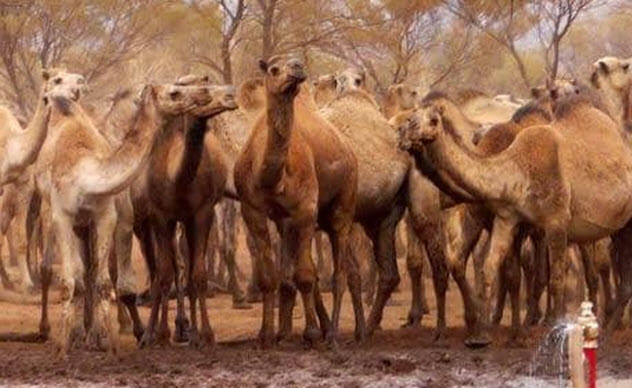 In 2009, the community of Docker River in Australia’s Northern Territory was infested with 6,000 thirsty feral camels. Camels had originally been brought into Australia to help with travel across arid locations where other animals couldn’t suffice.

After transportation began to improve, most of the camels were let go. Since then, the population has grown unmanageable, culminating in the invasion of Docker River. In their search for water, the camels contaminated supplies, trampled fences, and ruined tanks. So the Australian government was forced to take action.

They announced a culling program in which the camels would be put down from above by helicopters. Although this caused outrage from other nations, the Australian government went through with it and stepped up efforts to cull the population across the board. By 2012, 100,000 feral camels had been culled. 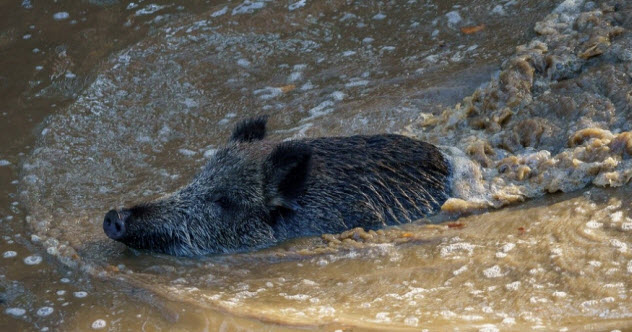 Photo credit: All About Japan

Kakara Island is a small island in the Genkai Sea near the Saga Prefecture of Japan. By April 2016, the small community of 100 was surrounded by wild boars. They were not indigenous to the island but arrived there 15 years ago on their own by swimming the 3 kilometers (2 mi) from nearby Kyushu.

Since then, the population has multiplied quickly. Now there are around 300 boars on the island, outnumbering the residents three to one. Due to such natural crops as sweet potatoes and pumpkins that grow in abundance on the island, the boars have thrived but not without inflicting damage on the community.

The island’s original purpose was to cultivate camellias for cosmetics and tourism. But the boars have caused massive damage to the camellias, and tourism is no longer an option. Dogs can’t be used to hunt the boars due to the island’s topography, and traps set by residents have produced negligible results.

If nothing is done about the boars, Kakara Island might have to be evacuated. 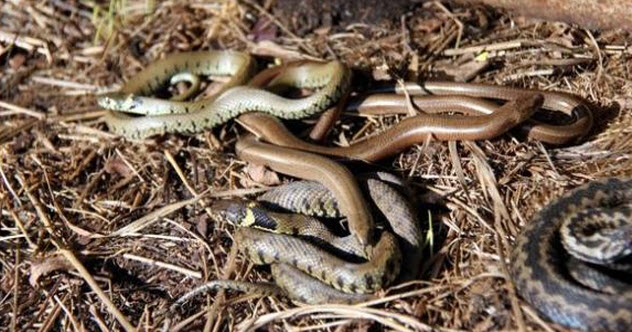 In April 2016, Essienimpong and Kwaaso, two villages located in the Ejisu Municipality in Ghana, were infested by a massive influx of presumably venomous black snakes. Much of the area is surrounded by vegetation, so it is believed that the snakes emerged from there.

Once they entered the villages, the snakes began to take shelter in the bedrooms, closets, and bathrooms of homes. This epidemic caused a great deal of panic in the inhabitants of the area as they tried to hunt down as many snakes as possible.

In a short period, over 60 snakes were killed but they still terrorized the community. The locals attributed the invasion to the anger of the gods. They said that young people were having illicit sex in the bushes surrounding the villages, which aroused the gods’ wrath.

After authorities arrived and fumigated the area, they gathered 300 dead snakes. They confirmed that the snakes did bite, but they were not venomous. 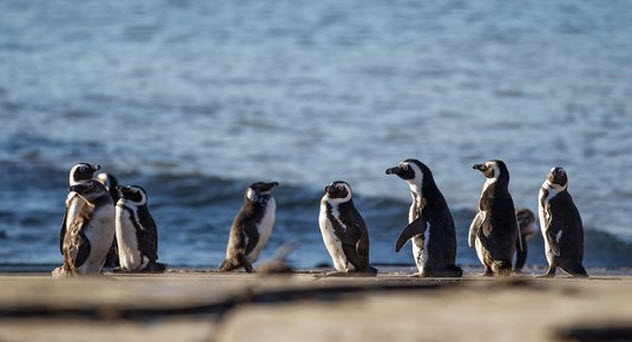 Penguins are almost universally beloved, but those who’ve been up close to them often have a different opinion. Such is the case with the town of Betty’s Bay in South Africa where endangered African penguins often come to breed.

By 2012, the residents of the town were tired of the birds because fences used to keep them out of private properties began to fall apart. Many said that the penguins stank and kept people up at night with their loud squeaks. They are said to sound like donkeys, giving them the nickname “jackass penguins.”

Eventually, the situation was taken care of. However, in 2016, the penguins faced threats from leopards, which are known to roam throughout Betty’s Bay. One attack alone killed 33 penguins. 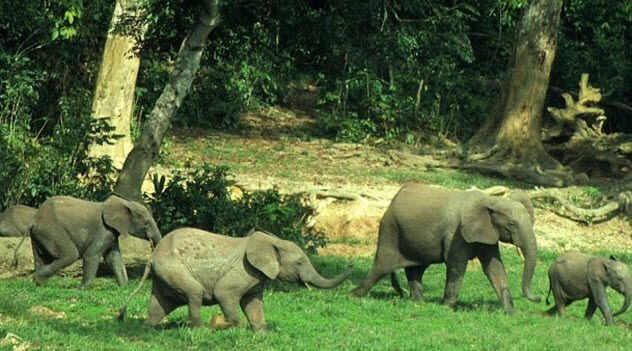 Much of West Africa has been hard hit by the Ebola epidemic, but there have been some strange consequences of the measures used to stop the spread of the disease. In 2015, at Jageloken, Liberia, elephants arrived in droves, trampling the villagers’ coffee crops and ruining property.

The reason the elephants began wreaking havoc is believed to be tree cutting near their habitats. This startled the elephants and caused them to flee to the village.

Another reason is the government’s ban on bush hunting as both a conservation effort and a way to stop the Ebola virus. Despite the ban, villagers still go into the forest to saw down trees and sell planks, which makes the problem worse. 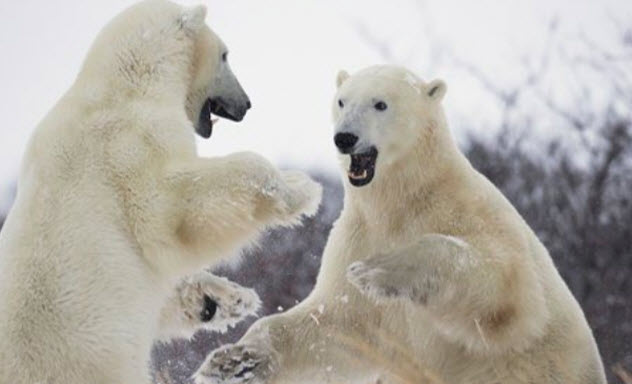 The ice on the Hudson Bay has been shrinking, causing polar bears to begin losing their usual hunting areas. By 2013, they began to go into towns like Churchill in Manitoba to find food.

Polar bears are particularly vicious and are known to cannibalize others if they’re near starvation. Churchill has long been known for polar bear tourism. Many have fed the bears, causing them to return in the belief that they’ll continue to be fed.

By November 2013, 168 cases had been reported of polar bears interacting with citizens. Soon, they became violent. One polar bear attacked a woman, ripped her ear off, and left her with significant injuries. Due to the growing concern, the government began working to control the animals’ populations by allowing polar bear hunting to a certain degree in Churchill and Arviat, an Inuit community north of Churchill. 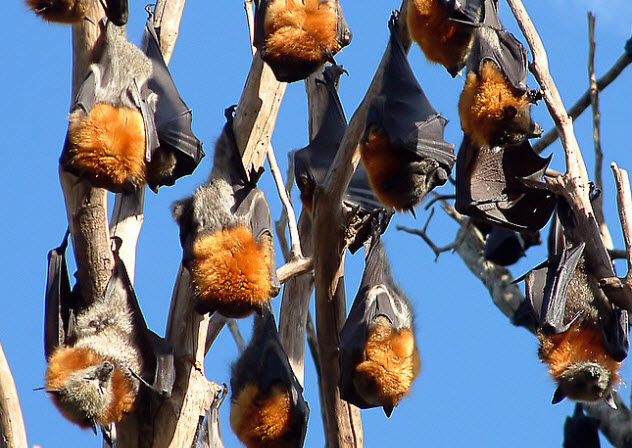 In May 2016, the town of Batemans Bay in New South Wales was invaded by 100,000 massive bats that covered nearly every tree and surface in the area. Residents were left prisoners in their own homes because opening doors or windows would cause bats to come flying in.

The culprits were grey-headed flying foxes. They are listed as a vulnerable species, so authorities couldn’t kill them. Soon, different groups bickered about what to do. Authorities wanted to use smoke or noise to try to get the bats to leave while animal rights groups said that the townspeople needed to be patient and wait out the epidemic.

Eventually, the town received $2.5 million to help fund efforts to stop the bats. But as of June 2016, the town remains under siege. 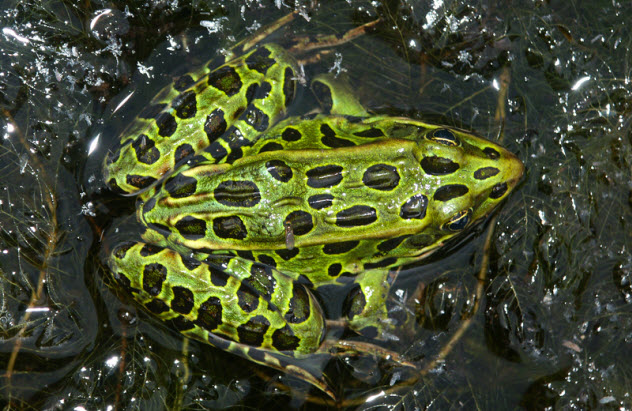 One of the worst animal invasions occurred in 1952 in the small town of Oconto, Wisconsin, when 175 million leopard frogs terrorized the town. They outnumbered the citizens by 35,000 to 1.

It was so bad that any car ride was accompanied by an explosion of frogs being crushed by the car. Dogs were also frightened by the intruders, and one eyewitness said that he saw “a million shining little eyes” when looking outside with a flashlight.

The large number of frogs was due to unusual wetness in the area surrounding the Green Bay that year when water failed to recede. As summer rolled on, the frogs eventually began to leave the town and things slowly returned to normal.

At the time, leopard frogs were widely used for dissection so the species was hunted in the north to sell as specimens. This effort was so successful that northern leopard frogs are now an endangered species. 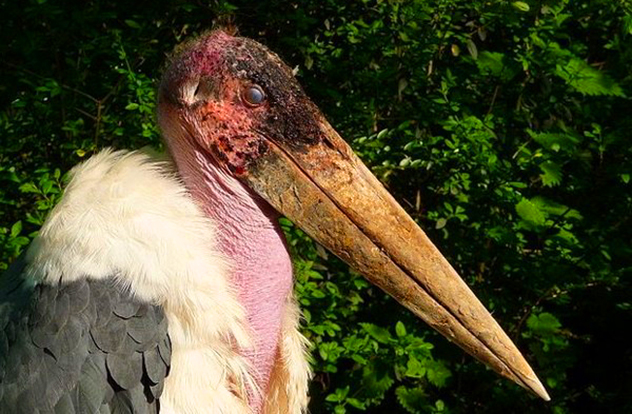 Animals—and particularly their interaction with humans—can be fascinating. Here are some archives to keep you entertained . . . and terrified.