In a previous list, I highlighted ten breeds of dog that have become subject to bans throughout the world for their immensity and aggression. The fact is, big dogs often get a bum rap. Many little dogs bite as much, if not more frequently than their larger brethren. Because of their smaller size, the bites aren’t serious and rarely require medical attention, which skews the statistics unfairly. Below is a list of ten breeds that, while small or not otherwise overtly intimidating, are frequently underestimated. 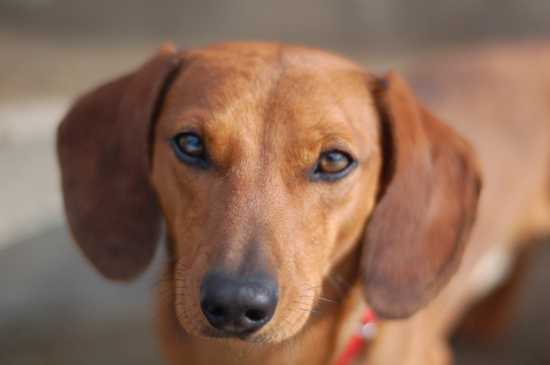 Dachshund means ‘badger dog’ in German, and any canine bred for the purpose of dealing with such a beast is no joke. A badger is a fierce enemy, pound for pound one of the most dangerous creatures on earth; the dachshund had to match it in intensity to have any chance of surviving an encounter. Often ridiculed as a ‘wiener dog,’ its somewhat clownish physiology allows it to pursue its quarry into underground burrows. Generally weighing under 30 pounds, the dachshund is willful and snappish, and various studies have shown it to be more prone to violence against people and other animals than either Rottweilers or pit bulls, some showing to be the most aggressive of all dogs. 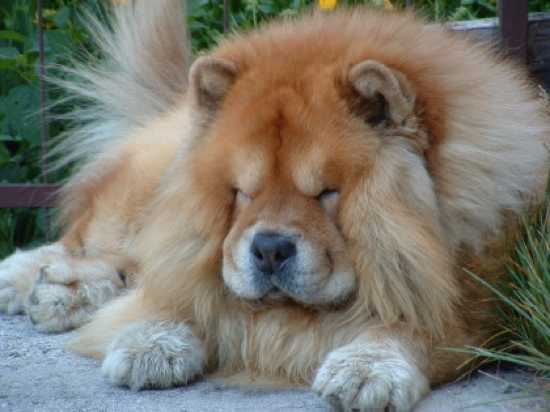 The Chow is one of the most primitive dog breeds on earth. Although it has a cuddly, bear or leonine appearance, it is naturally very aggressive and unpredictable. Deep-set sunken eyes lend the Chow a very limited peripheral vision, making it easy to startle and annoy the dog unintentionally. It is intensely loyal to its master and suspicious of strangers, and some claim its aloof personality is somewhat cat-like. Weighing up to 70lbs, the purple-tongued Chow was used for hunting and guarding in its native China, and was also frequently eaten, which may go a long way toward explaining its charming personality. 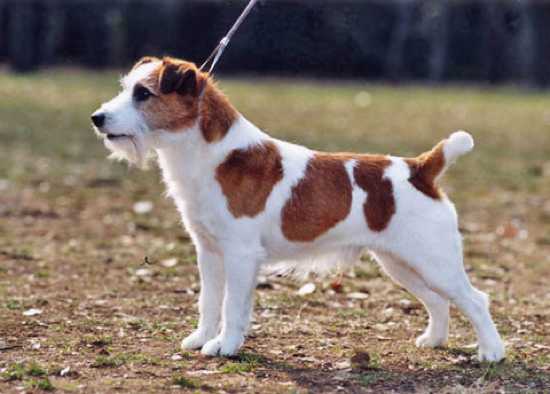 Best remembered as Frasier Crane’s pet Moose, or the eponymous Wishbone from the children’s book and television series, the Jack Russell is foremost a working terrier. Only recently kept as a house pet in any large numbers, this sturdy dog was bred to take on foxes and pursue vermin underground. Bored or improperly socialized Jack Russells can be dangerous, and though they rarely top 20lbs, they have a tenacious temperament backed up by wicked little jaws, and they will never back down from a fight, regardless of the adversary. 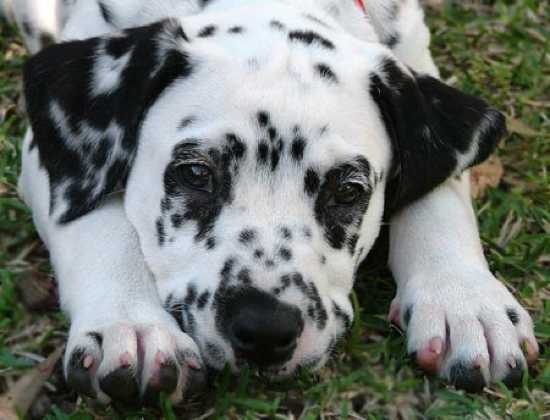 When the animated film 101 Dalmatians hit theaters in 1961 and its live action remake dropped in 1996, the Dalmatian experienced a heretofore unheralded jump in popularity. Unfortunately, many parents buying the dogs had no idea what they were getting themselves into. A medium sized dog which can reach 70lbs at its upper spectrum, the Dalmatian was bred in Yugoslavia to accompany and guard carriages. It acquired its reputation as a firehouse dog in its earliest days, when firemen used wagons; the Dalamatian has a special affinity with horses. It is a protective, independently responsive animal not best suited for homes with small children. Like all high strung dogs, if it is not exercised sufficiently, it can become destructive and nasty. 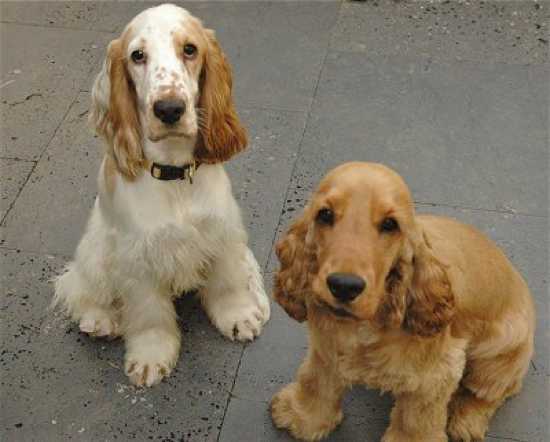 With their floppy ears, doe eyes, and Disney pedigree, it is hard to imagine a dog less intimidating than a Cocker Spaniel. Unfortunately, this is an extremely sensitive breed, often bordering on outright neurotic. Socialization is integral for Cockers, but even the best training cannot overcome the genetic rage syndrome that they are known for. Spaniels with rage syndrome will lash out ferociously without any provocation. Moments later, they return their normal, placid selves seemingly with no recollection of the attack. There is no “cure” for rage syndrome, although anti-epilepsy medications have occasionally proven effective. 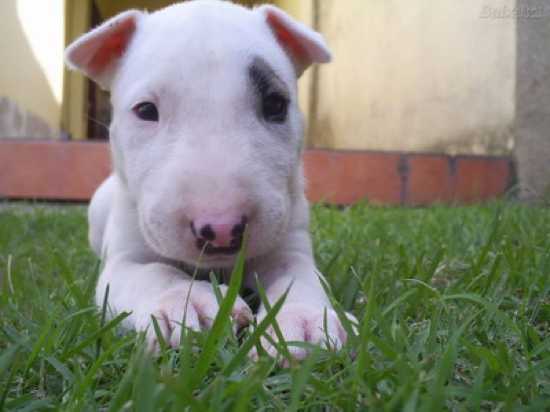 The Bull Terrier’s comical, egg-shaped head and its appearances as Spuds MacKenzie and the Target mascot have done much to paint this breed in a false light. In reality, the Bull Terrier’s history is similar to that of the Pit Bull, used in bloody baiting sports. They were particularly effective in ratting games, being tossed into a hole swarming with rodents and dispatching dozens at a time. Today, it is far gentler than in the past, but it maintains some of its gladiator genes. If not properly trained by a dominant owner, the Bull Terrier can become bossy, and acts of aggression against other dogs and animals are part of its character. They are also prone to certain conditions, including deafness and obsessive-compulsive disorders. 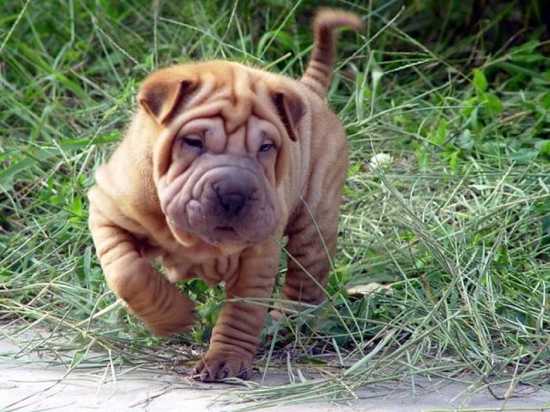 Once among the rarest dogs on the planet, the pudgy, wrinkly Shar Pei has been a resident of China for over two thousand years. There is no clear link between them, but it is likely that the Shar Pei and the Chow Chow have a common ancestor; both are extremely antiquated breeds and sport the distinctive purple tongue. Although they look cute on motivational posters, the Shar Pei’s loose skin has a gruesome purpose – it allowed the dog to twist and bite during dog fights, leaving it capable of retaliating even if an opponent got a good hold in. While their popularity as dog fighters has subsequently waned (due to comparative rarity and the overwhelming dominance of western bull-breeds), the Shar Pei maintains its guarding instincts and a serious temperament. 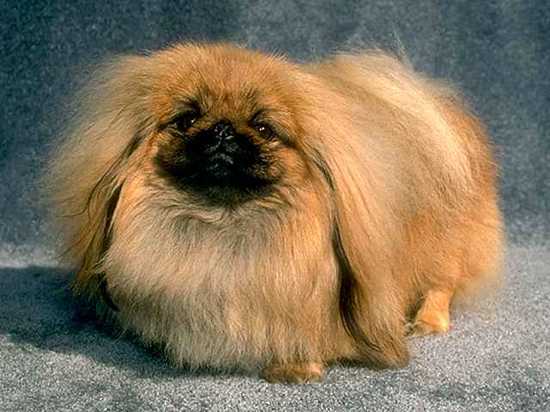 Unlike most of the breeds on this list, the Pekingese has a royal pedigree. Another ancient breed, for many years only denizens of the Chinese Imperial Palace could keep them. They were not imported out of their native country until 1860, when British and French troops invaded during the Second Opium War and took some home. Blunt faced, furry little gremlins, their temperament is somewhat reflective of being the pampered, overindulged pet of royalty. They are not keen on strangers or children, and will take on other dogs despite being relatively defenseless themselves. 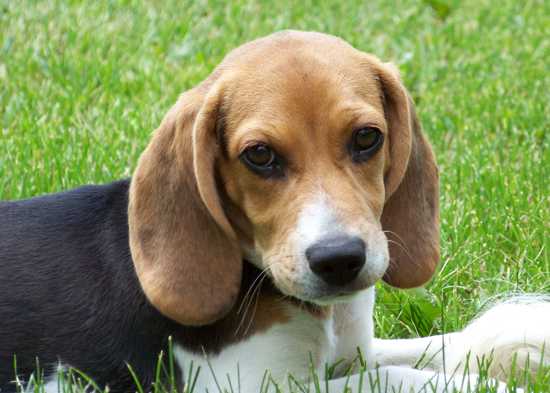 Charlie Brown’s pet Snoopy is the world’s most famous beagle, a plucky hunting breed of small to medium size. Like a lot of the other dogs on this list, its recent working heritage has instilled in it a sometimes unmanageable drive. This excitable, impetuous will makes the beagle very hard to train and may cause it to act out inappropriately, including biting. If it catches a tantalizing scent, the beagle will often become completely unresponsive to its master. Given the proper foundation, they are known to make wonderful pets, but they suffer greatly from any indulgence. 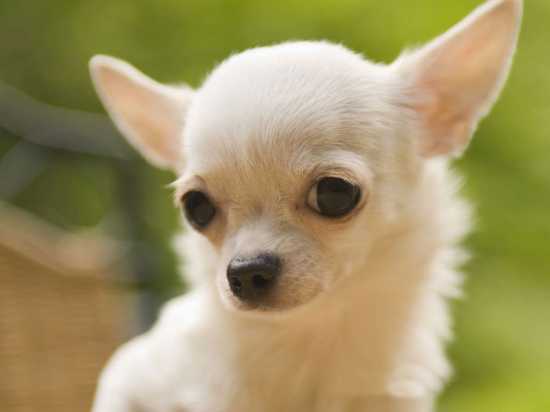 The smallest of all dog breeds, the Chihuahua seems to maintain an urge to overcompensate for its size. Under six pounds at maturity, these quivering balls of nerves are especially unsuitable for homes with children. They are known to bond intensely with their owners to the point of obsession, lashing out viciously at anyone else who approaches, including larger dogs. More than anything, Chihuahuas are a victim of their masters, allowed and even encouraged to perpetrate behaviors which would never be tolerated in a larger dog. Called ‘small dog syndrome,’ this can only be overcome if the owner is willing to demand respect. Chihuahuas suffer a litany of health problems, probably due to a certain amount of inbreeding early in their history necessary to achieve their tiny size.