Climate change is a contentious issue in the world today with many arguments about its cause and how we should deal with it. It wasn’t just recently, though, that climate change was important. Much of our history was influenced by it.

10It Shaped Our Evolution 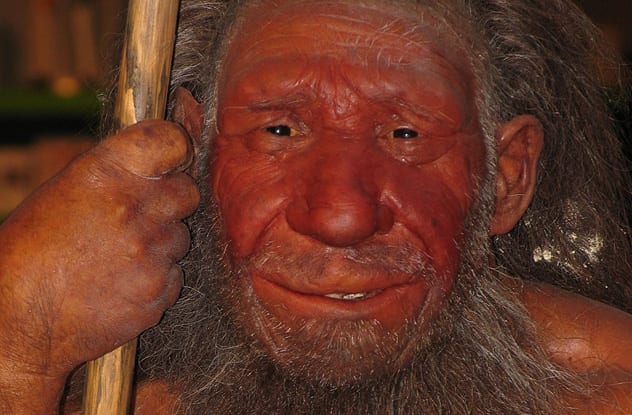 Numerous findings indicate that great leaps and bounds in human evolution coincided with radical changes in the climate. For instance, three million years ago, the first modern Homo species emerged around the time that Africa began to dry out, changing from a wooded landscape to the grasslands we know today. As the flora of Africa changed, we had to adjust ourselves from primarily climbing trees to walking across vast areas.

Another consequence of Africa drying out is a change in our diet. Before, we didn’t have to go very far to find our next meal. But droughts required more cunning on our part to find food, and we had to adjust our palates to whatever we could gather, causing considerable changes to our ancestors over time. 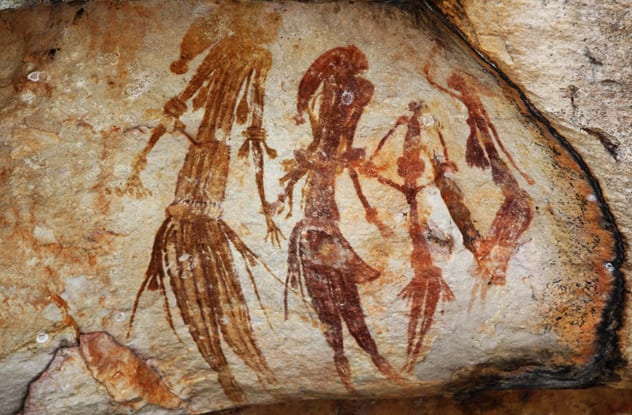 There are two different schools of thought when it comes to the effects of climate change on our Stone Age ancestors. One theory, which became widely popular after being announced in 2013, is that climate change would have made such drastic changes to our ancestors’ lives that they were forced to innovate so they could fight against nature. The other theory, only recently put forth, states that it wasn’t the drastic changes in environment that spurred innovations but rather experimentation during good times.

The evidence for the first theory is found in Africa where 30,000–280,000 years ago, Homo sapiens started to develop symbolic expression, tools, and jewelry during times of wildly varying climates. However, findings in 2016 suggest that while the period when many of these innovations took place was a chaotic time for the climate, our ancestors may have just been developing independently. Climate change certainly played some part in Stone Age innovations. What we don’t know is to what degree. 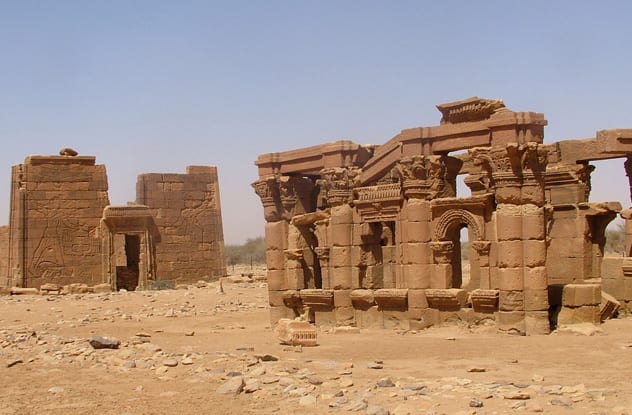 Early humans originated in Sub-Saharan Africa, and for much of the time after they first emerged, there was no possible way for them to leave. 70,000 years ago, northeast Africa was a wasteland that would have prevented anyone from crossing the area into the Middle East, Asia, and Europe. However, the time when our ancestors are first known to have left Africa coincides with a drastic change in the climate that would have allowed for far more vegetation and food, which would have permitted them to migrate to other areas.

In some places, glaciers would have prohibited migrations, but after a change in the climate, many began to melt, opening up passages like the land bridge that once existed in what is now the Bering Sea connecting Siberia and North America.

7The Rise And Fall Of Mesopotamia 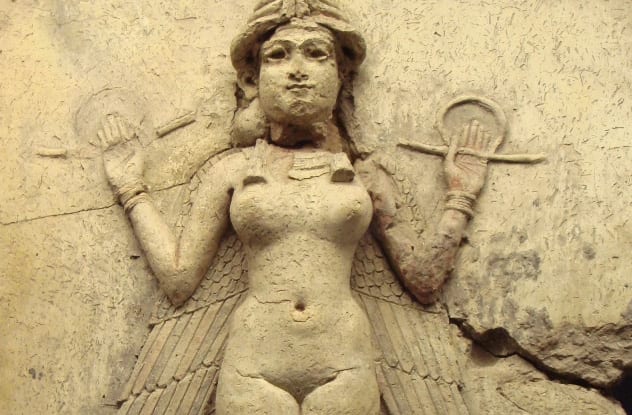 12,000 years ago, Mesopotamia became the cradle of civilization because the vast majority of our earliest cultures emerged from there. After our ancestors migrated to the area, they found it was fertile due to favorable climate circumstances. While much of the area is now arid, it would then have been perfect for our ancestors to lay down their roots.

However, around 6,000 years ago, several civilizations in the Fertile Crescent were abruptly abandoned, most likely due to sudden droughts in the region. During the first half of the Holocene epoch, which continues today, Mesopotamia was the center of civilization, but conditions abruptly changed again, causing the cradle of civilization to lose importance as North Africa and Europe rose. 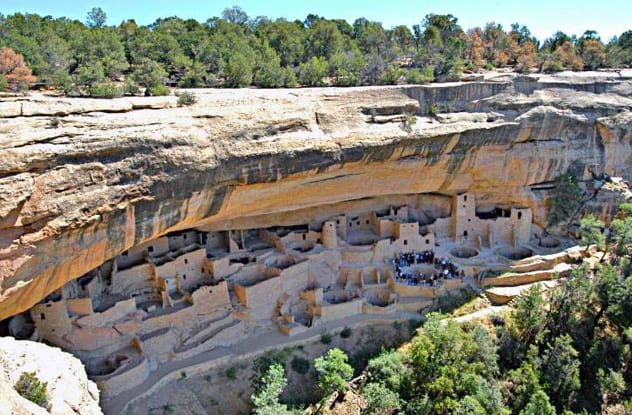 The Anasazi tribe was the most advanced Native American culture we’ve discovered. They inhabited southwestern America, which today is an arid death trap for humans. During the time of the Anasazi, though, it was an oasis because 3,000 years ago, the region was cooler.

The Anasazi thrived for centuries, but a drastic change around AD 300 forced them to abandon their empire. The same can be said of the Pueblo Indians who are most famous today for their cliff dwellings. Around AD 700, the Southwest became inhabitable again, bringing on the rise of the Pueblo, but 650–450 years ago, the climate shifted again, bringing the Pueblos down. After the fall of the Pueblos, the region was never inhabited by another tribe. 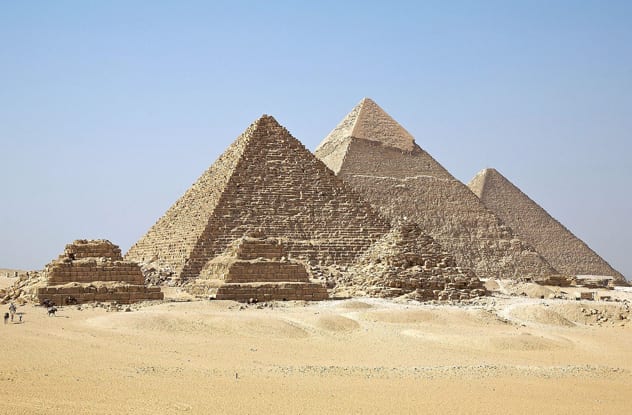 Due to climate changes, several powerful empires have fallen apart. Egypt, mostly desert today but for around the Nile River, was quite fertile in the past, allowing Egypt to become one history’s greatest empires. From 1250–1100 BC, though, severe droughts caused the empire’s collapse, and while conditions did improve over time, they never recovered.

The same can be said of Ancient Greece, which lost its power due to a 300-year drought from 1200–850 BC. Starting in AD 250, droughts throughout the Roman Empire brought it to its knees. 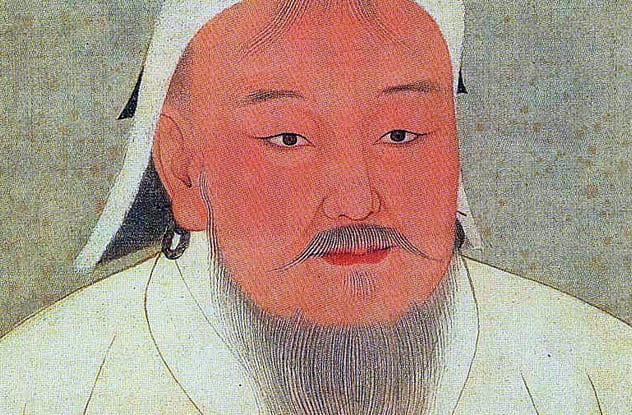 After Rome’s decline, the infamous Genghis Khan took his place to strike fear in the hearts of vulnerable countries. However, if it weren’t for a favorable climate, Khan may have never been able to create his vast empire.

In the late 1100s, intense drought devastated Mongolia just before Genghis Khan’s reign, but from 1211–1225, unusually heavy rainfall and a favorable climate caused Mongol lands to become fertile, allowing the thousands of horses the Mongols possessed to become well fed and able to carry on the military campaigns against Asia and Europe. Conversely, while the fertile lands of Mongolia stimulated their rapid expansion, it kept Khan out of China during his lifetime because the Chinese during the Southern Song Dynasty also flourished from the warm climates and had enough resources to keep Khan at bay. While a favorable climate change enabled Khan to become powerful, he himself left a mark on the climate because he took enough carbon dioxide out of the atmosphere to offset a year’s worth of gasoline today.

3The Spread Of The Black Plague 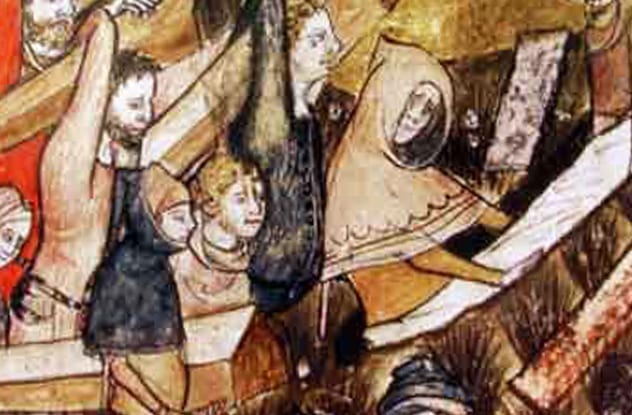 The Black Plague ravaged the populations of Asia and Europe, killing off 25 million people from 1347–1353. Its spread is blamed on rats, but research now suggests black rats were not found in some areas hit by the plague.

During the time of the plagues, the world underwent a climate change known as the Medieval Warming Period, and rodent populations decrease during warmer times, so the plague bacteria would have to find another host. They turned to humans. Such fluctuations are still present in Asia today, supporting this theory. 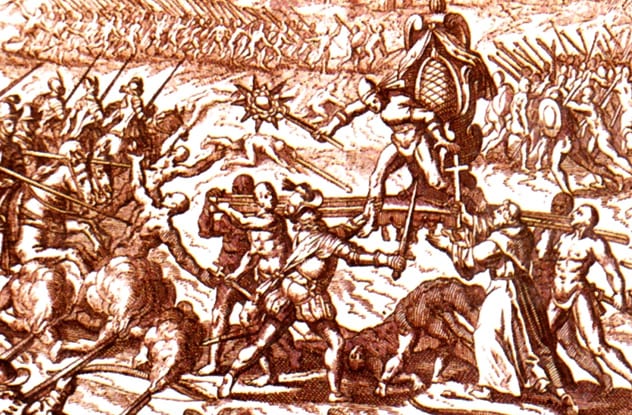 Unbeknownst to the Spanish conquistadors who first began their conquests in Western Hemisphere, the climate of the Americas allowed them to take over without much resistance. They arrived at the perfect time because native civilizations were deteriorating due to severe droughts.

The Mayans reached their apex from AD 440–660 when wet conditions allowed them to flourish, but from 660–1000, the Mayans underwent extensive severe droughts that ravaged their empire. By the time the conquistadors arrived, the Mayans were unable to defend themselves. The Aztecs too underwent a decline due to a mega-drought that struck them in the 16th century. When they were conquered in 1519, there were 25 million people living in modern-day Mexico. A century later, there was just 1.2 million. 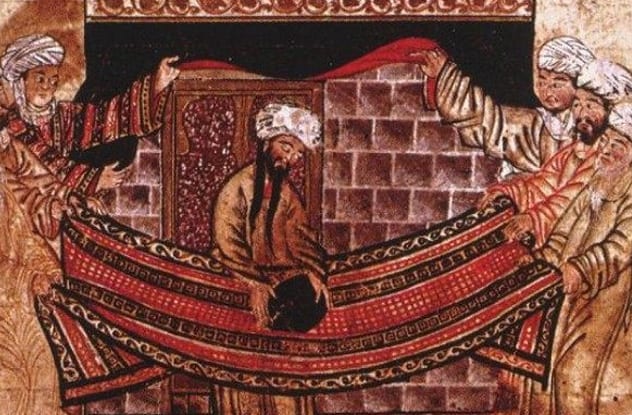 The early history of Islam during the seventh century coincides with much of the Middle East languishing from climatic stress. The various nomadic tribes who inhabited Arabia were hit hard by the droughts, and the only way to survive was to be member of a tribe; to be exiled meant certain death.

In AD 615, when Muhammed was spreading Islam in Mecca, many of his followers were kicked out of their tribes, forcing them into the harsh climates that would have killed them had Muhammed and his acolytes not formed their own tribe in AD 622. Many social constructs at the time were built around the climatic stress experienced in the Middle East, which were eventually adopted by the followers of Islam. As conditions worsened, Islamists spread north, creating a massive empire. The need to keep ahead of the dire conditions around them created the foundations for the Islam we know today. 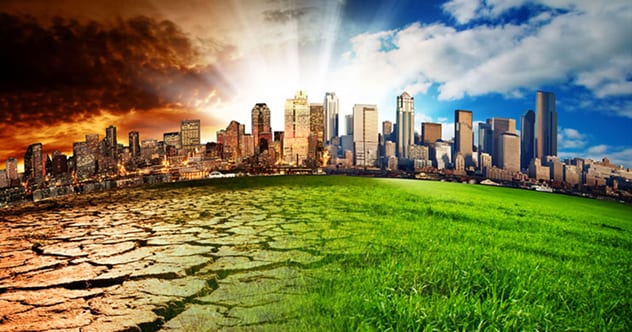 Throughout the history of the planet, the global climate has changed dramatically (and sometimes incredibly rapidly), bringing with it fascinating changes. Here are some other lists about this ongoing process:

Gordon Gora is a struggling author desperately trying to make it. He is working on several projects, but until he finishes one, he will write for Listverse for his bread and butter. You can write him at [email protected].

10 People Who Shaped Our View Of History