Climate change is one of the most pressing problems facing humanity and Earth today. This global problem is not a new phenomenon. In fact, it has occurred a few times in the past. However, the rate at which it’s progressing in modern times is very alarming.

SEE ALSO: 10 Creepy Reasons Climate Change Is Starting To Look Like A Religion

Plenty of scientific evidence shows that climate change, caused by natural and man-made factors, is catastrophic to animals, leading some species to diminish in number. However, there are some studies which indicate that certain groups are able to adapt to climate change and, surprisingly, benefit from it. 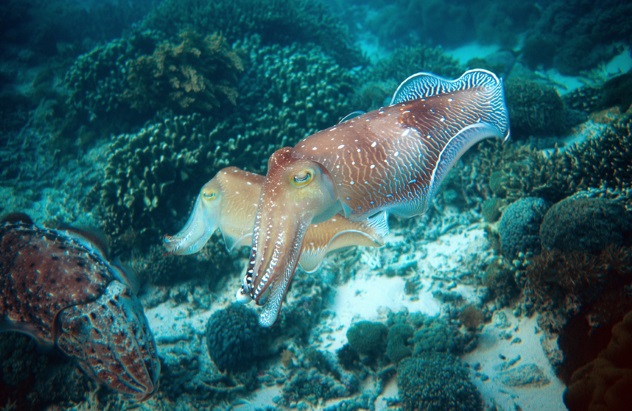 For many marine animals, climate change is a catastrophic event, but for a certain group of sea creatures, specifically cephalopods, it’s actually a beneficial phenomenon. Scientists found that over the course of 60 years, cephalopods (the animal group that includes cuttlefish, octopus, and squid) have been increasing in number.

This increase was found by accident. A team of scientists led by Zoe Doubleday of Australia’s Environment Institute at the University of Adelaide were investigating the declining population of giant Australian cuttlefish in South Australia. After reviewing the catch rates of 35 cephalopod species between 1953 and 2013, the researchers found that instead of declining, the population of cephalopods as a whole was actually increasing. In fact, even the giant Australian cuttlefish, which they originally thought was dying, was thriving.

This success story can be attributed to the cephalopod’s extreme adaptability. In order to cope with the warming temperature of the ocean, these animals modify “the rate at which they grow or the size at which they mature and reproduce.” Cephalopods are so flexible they have been called the “weeds of the sea.” 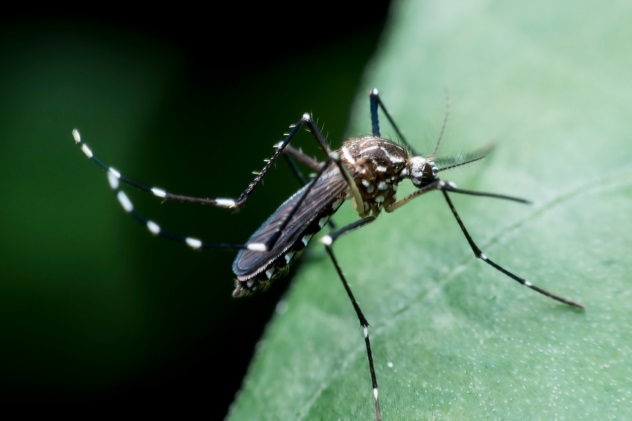 Over the past century, average temperatures in the Arctic region have increased dramatically. Researchers from Dartmouth College predict that if the rise in temperature continues, it will greatly increase the population of Arctic mosquitoes.

Researchers from Dartmouth showed that warmer spring temperatures enabled the Arctic mosquitoes to grow faster and emerge earlier. To be more specific, for every 1 degree Celsius (1.8 °F) increase in temperature, the amount of time needed by the mosquitoes to develop from the larval to the pupal stage decreases by as much as 10 percent. This accelerated growth enables the young mosquitoes to evade diving beetles, their top aquatic predators, thereby increasing their probability of survival.

This might be good news for the Arctic mosquitoes, but it’s bad news for caribou—the animal upon which the insects feed. Increased temperatures would synchronize the life cycles of the two animal groups, resulting in a “larger, less mobile herd [for the mosquitoes] to feed on.” 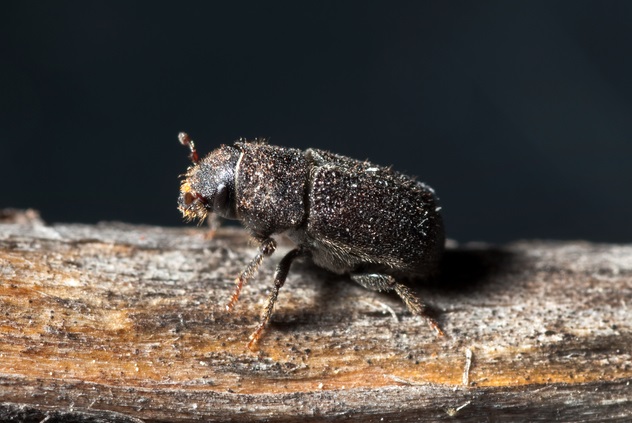 In 2008, Jeffry Mitton and Scott Ferrenberg surveyed the pine trees found in Niwot Ridge in Colorado. While hiking the forest in mid-June, they encountered something strange—a swarm of adult pine beetles. Mitton, who is an evolutionary geneticist from the University of Colorado, found this phenomenon to be odd, since the insects were supposed to come out in August or September, not June. Mitton shared this observation to his colleagues, but they immediately dismissed his claim.

Together with Ferrenberg, who was his graduate student at that time, Mitton spent the summers of 2009 and 2010 studying the development of pine beetles. Over the course of their study, the two researchers found that initially, the beetles would develop normally. However, something remarkable would then happen: The bugs would reach maturity very quickly. By June, the larvae had morphed into adults and emerged from their trees.

What’s more intriguing is that the beetles that emerged in the month of June would immediately lay their eggs on the pine trees nearby. As a result, by August or September, there would be another generation of pine beetles.

This find is quite remarkable, since pine beetles are known to reproduce only once a year. Mitton and Ferrenberg’s research indicates that climate change is the factor behind this strange “beetle baby boom.” Rising temperatures is enabling these insects to “churn out an extra generation” every year. 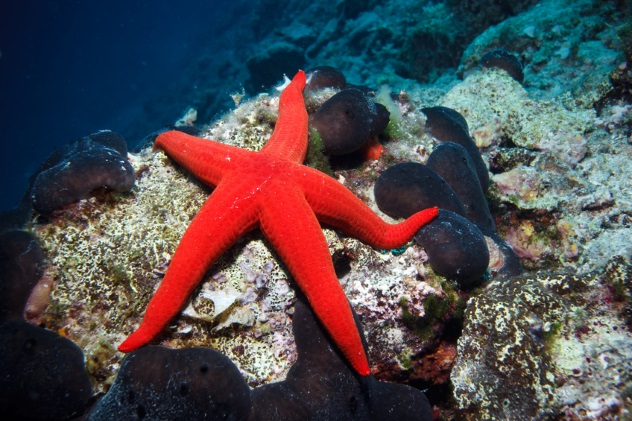 According to a study published in the Proceedings of the National Academy of Sciences, starfish benefit from increased temperatures and carbon dioxide levels. Compared to other invertebrates, such as mussels, bivalves, and clams, starfish eat more and grow faster in warmer temperatures.

Led by Rebecca Gooding of the University of British Columbia, a team of scientists investigated the effects of climate change on starfish. For their study, they placed the animals into tanks with temperatures and carbon dioxide levels “ranging within current and future levels predicted by the Intergovernmental Panel on Climate Change.” The researchers documented that the starfish put inside the tank with a high level of carbon dioxide increased in size dramatically. To be exact, they grew 67 percent more compared to the ones placed in tanks with low levels of carbon dioxide.

According to Gooding, the positive effect of climate change on starfish can be attributed to the animal’s physical features. Compared to other sea creatures, starfish are less armored, enabling it to adapt better to rising temperatures. 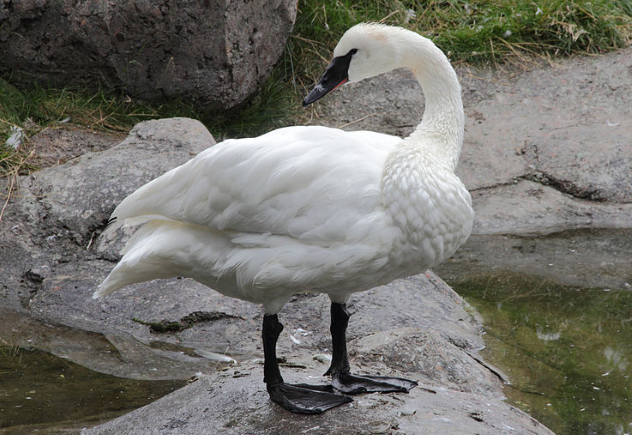 Trumpeter swans almost went extinct in the late 1800s. They were hunted for their feathers, meat, quills, and down. Thankfully, their population is starting to recover thanks to laws against hunting them as well as efforts to protect them and their food supply in winter feeding grounds. In recent years, scientists have learned that there’s another factor assisting their recovery, and that’s climate change.

According to a team of Alaskan scientists, increasing temperatures are helping trumpeter swans to increase their population by “expanding the [animal’s] summer range northward into habitat never before used.” Climate change is helping trumpeter swans access thousands of new acres that could be used for breeding. In previous, colder years, these new breeding habitats were inaccessible. 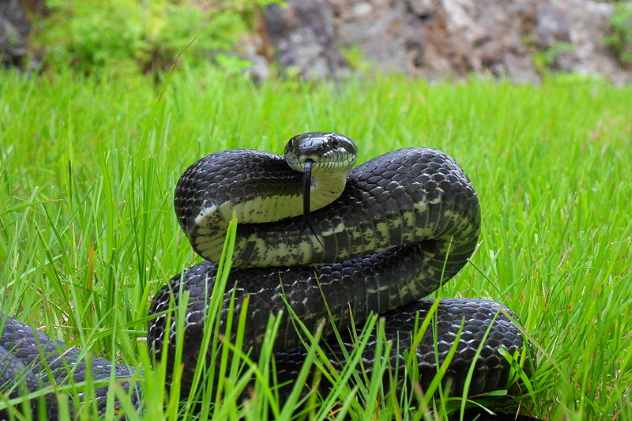 According to a study conducted by Patrick Weatherhead from the University of Illinois, ratsnakes will be able to adapt to climate change and benefit from it. Weatherhead arrived at this conclusion after studying ratsnakes at different latitudes, namely Texas, Ontario, and Illinois.

By becoming more active at night, ratsnakes will be able to adapt to increasing temperatures. According to Weatherhead, climate change will make the environment thermally advantageous for them. This could result into an increase in the snake’s population as well as an expansion of their range.

In addition, rising temperatures might also help these animals become less vulnerable to their predators. For example, hawks typically hunt ratsnakes during the day. Become more active during the night will obviously help the snakes avoid hawks and other day predators. 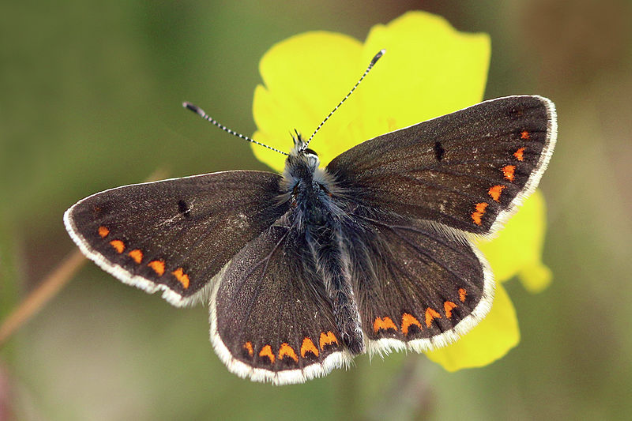 One of the effects of climate change is that it forces certain animal species to move from one location to another. For many animals, this change is catastrophic, but for the brown argus butterfly, it’s actually a good thing. Researchers have found that over the course of two decades, the brown argus butterfly has “increased its range in England northward by about 50 miles.”

This northward expansion has given the argus butterfly access to new and better sources of food, specifically geranium plants. In the 1980s, the population of brown argus butterflies was diminishing. But thanks to climate change, these animals are thriving in Southern England and are expanding in the northern parts of the country.

This surprising find wouldn’t have been possible without the help of butterfly enthusiasts thoroughly keeping track of the population and movement of these animals. The data collected by these enthusiasts have enabled researchers from the University of York to conclude that the change in range and population was not caused by a mutation but by climate change. 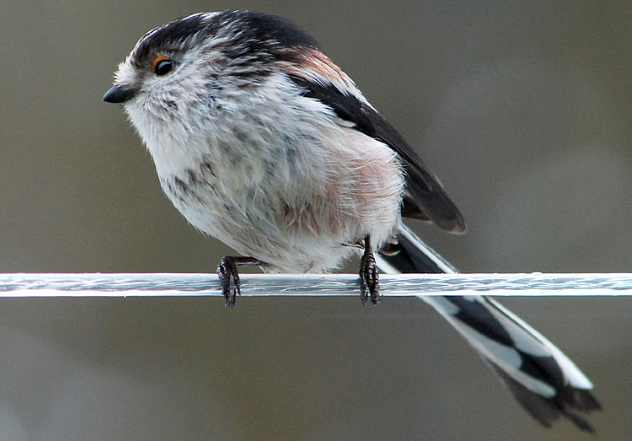 In terms of body size, the long-tailed tit is considered to be UK’s smallest bird. This animal was named after its rear feathers, which are longer than its body. Thanks to climate change, the population of these little birds has more than doubled over the last four decades.

In the past, scientists have linked the survival of long-tailed tits with winter conditions. It was assumed that cold and wet weather is harmful for these little animals, since food becomes less available, and in order to keep warm, they have to use more energy. However, a 19-year study conducted by researchers from the University of Sheffield shows that spring conditions affect the survival of long-tailed tits.

If spring is cold and wet, then the birds will have a hard time raising their chicks. Bad spring weather means that the eggs and chicks are vulnerable to diseases, such as a cold, and that food is going to be tougher to find. As a result, the survival rate of the adult birds would dramatically decrease, since they would become exhausted at the end of the breeding season.

However, if spring is warmer, then the task of raising their young becomes easier for the long-tailed tits. By not wearing themselves out during the breeding season, they “are better able to cope with the autumn and winter weather later that year.” 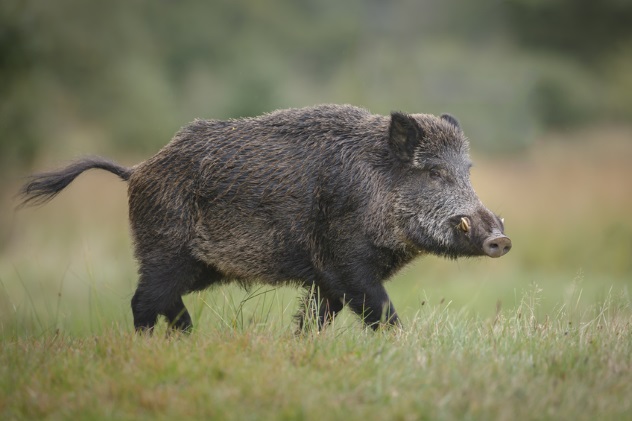 In recent years, the population of wild boars has dramatically increased in Germany. In fact, in 2009, the number of these animals reached more than two million. And it’s not only Germany that’s experiencing this wild boar flood. Other European countries, such as the Netherlands, Switzerland, and Austria, have seen a spike in their wild boar populations. Some parts of the Americas and Asia are also experiencing the same phenomenon.

“Wild boars are the clear winners of climate change.” Instead of perishing, these animals are thriving in a world that’s becoming hotter and hotter.

There are two reasons why climate change has helped wild boars increase in number: First, increased temperatures have led to warmer winters. This change in winter conditions increases the survival of older boars as well as young ones born near the start of winter. Second, intense sunlight caused by rising carbon dioxide levels helps trees produce more fruits, such as acorns and chestnuts, which are great sources of energy for wild boars. An increase in food availability has been linked to an increase in wild boar reproduction. 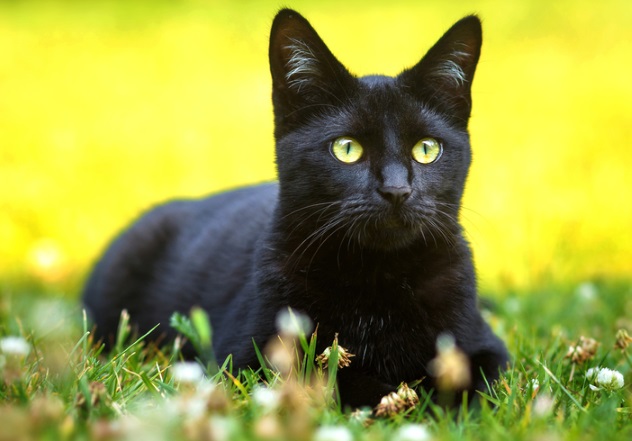 You don’t need to go into the wild to see animals that benefit from climate change. Even pets, such as cats, are also positively affected by this environmental phenomenon. In recent years, the population of these cute, furry animals has exploded due the world’s increasing temperatures.

Typically, our feline friends breed in warm spring weather. However, due to climate change, the once cold and long winters have now become shorter and warmer. The result is an extended breeding season for cats. These curious, playful animals now have the whole year to mess around and breed.

In general, this might sound like good news, but there’s an alarming downside to it: The exploding population has led to an increase in feral, stray, and owned cats being taken to shelters across the country. From 2005 to 2006, Pets Across America, a national adoption organization, “reported a 30 percent increase in intakes of cats and kittens.” To address this growing problem, experts have suggested spaying and neutering.