People have reported monsters since they could communicate. Real or fake, the stories probably aren’t going to stop anytime soon. Here are ten critters, ghosts, and creeps from around the world that you likely haven’t heard of.

10 The Roof Walkers Of Scandinavia 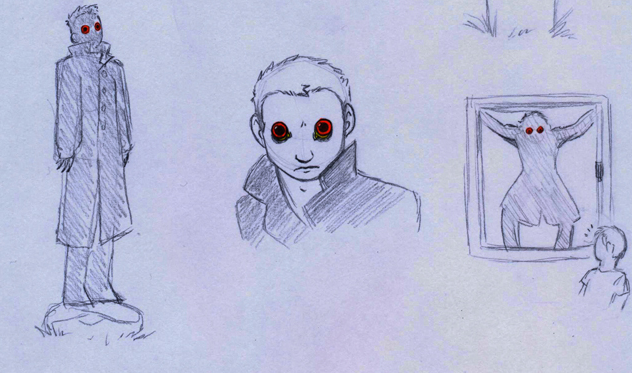 The Tag Vandren (Roof Walkers) of Scandinavia are a fairly new urban legend. They prefer to stay above the ground for unknown reasons, so they make fantastic leaps from rooftop to rooftop. Described as looking like handsome people with clawed hands and glowing orange dog eyes, they either wear all black or have pitch black skin.

The most detailed Roof Walker story tells of a man who, late one night, looked out his apartment window and saw someone walking on the roof of the opposite building. After a bit, the strange figure jumped and landed on his window border with a crash! The figure stared right at him with glowing, orange eyes, and the man bolted out of the room without a second thought. 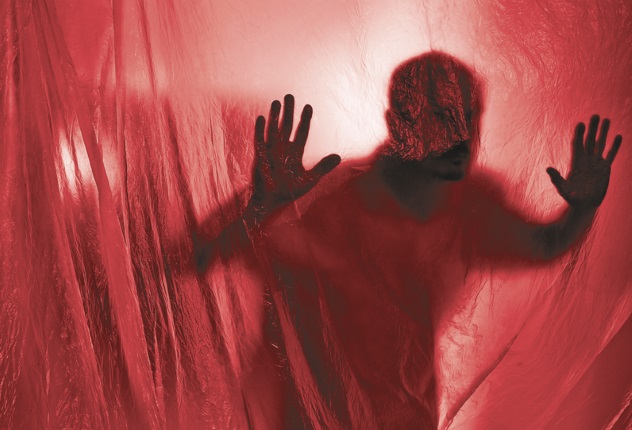 According to French legend, a man named Jean once worked as a butcher near the Tuileries during the reign of Catherine de Medicis (which was 1547 to 1559). Jean apparently knew too much and was executed when he threatened to reveal a number of the crown’s secrets. At his execution, Jean swore that he would rise from the dead. Jean’s ghost, hunchbacked and covered in blood, reappeared to haunt Catherine for the rest of her life.

The “Little Red Man” has continued to haunt the Tuileries, usually appearing on the eve of a great disaster. Napoleon himself allegedly encountered the Little Red Man twice. During his second encounter, Napoleon begged the spirit to change whatever horrible portent it was bringing. The Little Red Man refused and then vanished on the stairwell when no one was looking. 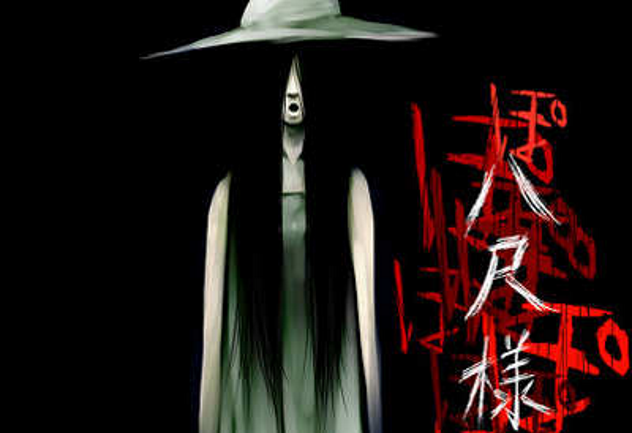 Photo via Scary For Kids

The story of Hachishakusama, which roughly translates as “Eight-Feet-Tall,” is an Internet legend from Japan that was first posted online in 2008 before quickly being adopted into comics and games throughout the country. According to the storyteller, he was visiting his grandparents’ home in a small village when he saw a strange lady who seemed abnormally tall and who laughed in a strange way.

When the grandparents were told, they panicked. It was known that any youngster whom Hachishakusama showed an interest in died within a few days. With the help of a powerful exorcist, a shield of kinsmen, and three fast cars, they managed to transport the grandson out of the area, but he could never visit his grandparents again, not even to attend his grandfather’s funeral. 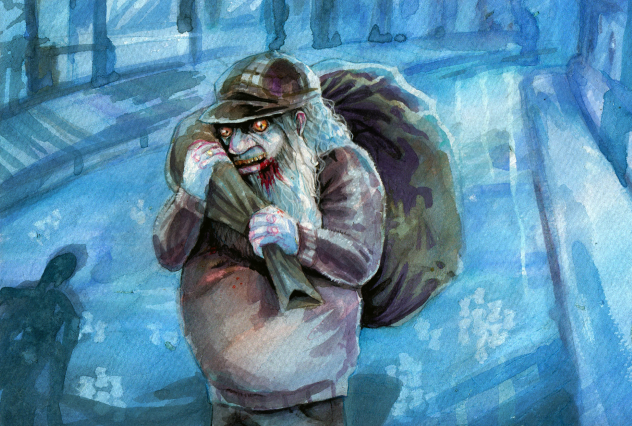 In Spain in 1910, a seven-year-old boy was kidnapped to be used as a cure for Francisco Ortega’s tuberculosis. Ortega had been told by a local healer that he could rid himself of the disease by drinking the blood of a child and spreading a hot poultice made from the child’s fat across his chest. For a large sum of money, the healer drugged the boy and put him in a sack. He was killed and used as prescribed. Ortega and the healer were both executed.

This grim tale is now connected to the legend of a man carrying a black bag. He walks up and down nighttime streets in Mexico and Latin America, always on the lookout for any children who should not be out or who are misbehaving. He is known by many names, perhaps the most recognizable to a foreigner being El Sacoman—The Sackman. 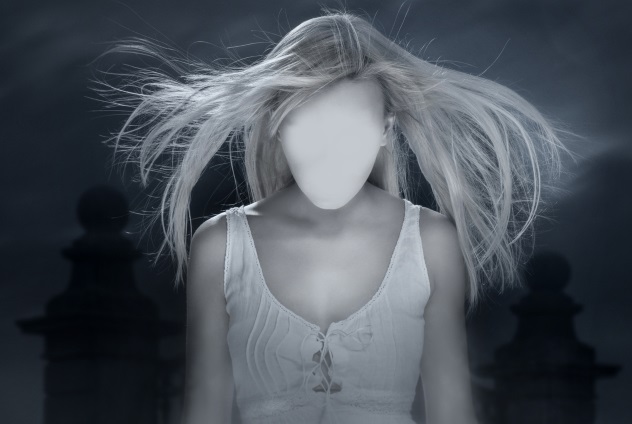 In 1958, two trains collided just minutes after both left London’s Becontree Station, killing ten people. In 1992, a second incident occurred, which some think is related to the first.

A station supervisor became unnerved late one night when a door in his office rattled three times for no apparent reason. He left his office and walked across the platform to the staircase, but he was unable to shake the feeling that someone was walking behind him as he went. He looked behind and saw a woman in a white dress with long blonde hair . . . and no face! The figure soon faded away. The supervisor later learned that his coworker had also seen the faceless woman but hadn’t mentioned it before. 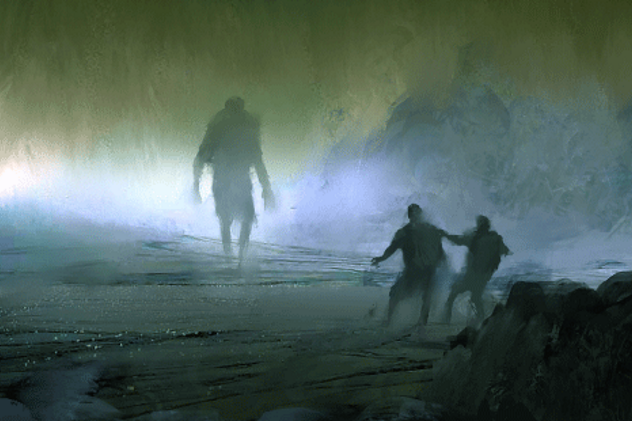 In Scotland in 1925, a highly respected scientist and mountaineer reported that he had run from some unknown thing that had been following him through the mists of the the summit of Ben Macdhui. Other climbers, who had previously feared being ridiculed, then reported that they had also experienced something following them on Ben Macdhui.

The phenomena came to be called the Am Fear Liath Mor, aka the Big Grey Man. The name came from the fact that a small number of the climbers reported a bipedal creature with short, gray fur following them. Stranger still, the creature only seems to be encountered when the summit of Ben Macdhui is wrapped in heavy mist.

One climber, whose story was reported in 1939, stated that during a midday summer climb through the mists of Ben Macdhui, he became aware of something large following him just a few yards behind in the mists. Then, the mist cleared fairly suddenly as it sometimes will, and he looked back. Despite there being no place to hide, there was absolutely nothing living in sight. 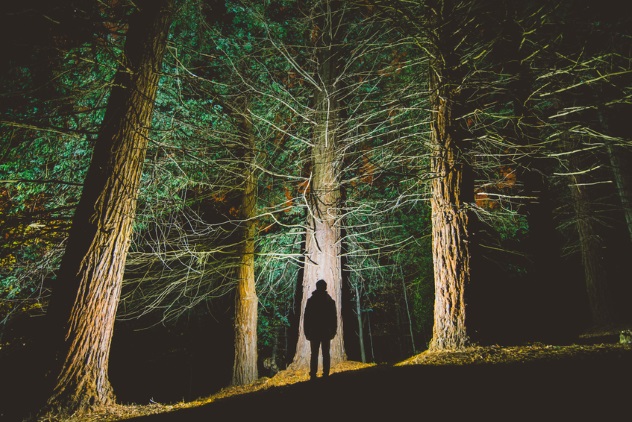 On August 13, 1940, ten people, including four high-level Australian government officials, were killed when their plane stalled during its landing approach and crashed into a hill. The site of the Canberra Air Disaster is marked by a memorial, but according to some, there are other memories of the crash still around as well.

People have allegedly seen strange flashing lights and heard the sound of a plane crashing. Young couples driving out to the memorial site at night reported seeing ghostly figures darting across the road ahead of them. Most spectacularly, a teenage girl was said to have run from the woods, screaming of being followed by an burning airman!

The stories, which stem from a single article, have two major problems: First, not enough detail is given to allow the claims to be double-checked. Second, there appear to be no other reports of such phenomena. A lack of facts has rarely stopped a good story from being retold, however. 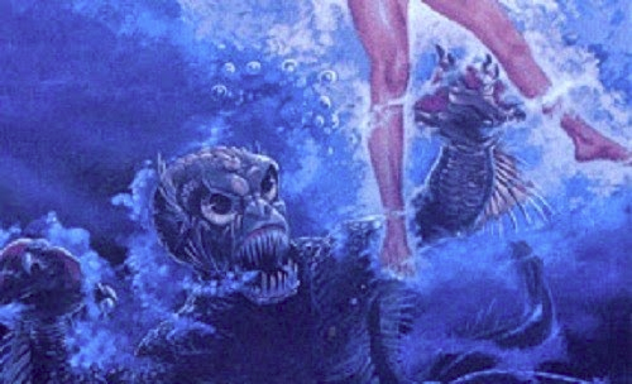 On August 21, 1955, in Godtown, Indiana, Mrs. Darwin Johnson and her friend Mrs. Chris Lamble had gone to cool off in the nearby Ohio River. While she was swimming only 4.5 meters (15 ft) from shore, a large, clawed hand grabbed Johnson by her knee and started to drag her underwater. She managed to kick her leg free, only to be grabbed again from behind. Johnson fought her way back to the surface again, lunged for Lamble’s inner tube, and made it to shore. Her leg had multiple contusions and a large, green, palm print–shaped stain that took days to wash off.

As if that experience wasn’t strange enough, a few days later, Mrs. Johnson and her husband were visited at their home by a person claiming to be a Air Force colonel who questioned her extensively about the incident in the river. Before leaving, he warned the couple not to talk about the matter.

In October 2013, a truly weird video was posted on YouTube. It showed a large, spindly creature climbing up the side of an apartment building somewhere outside of Moscow in broad daylight. When it reached the top of the building, the creature climbed onto the roof and vanished behind the structure.

The video quickly racked up millions of views and was soon being presented on multiple websites as a Russian “mutant” man of some sort, but nothing was farther from the truth. The video was created by a man named Dmitry Kataev. He couldn’t sleep one night, so he wasted some time cobbling together a freaky video, posted it to YouTube, and went to bed. Nevertheless, the movie continues to appear as a “real” paranormal item on many websites.

1 The Beast Of Barmston Drain 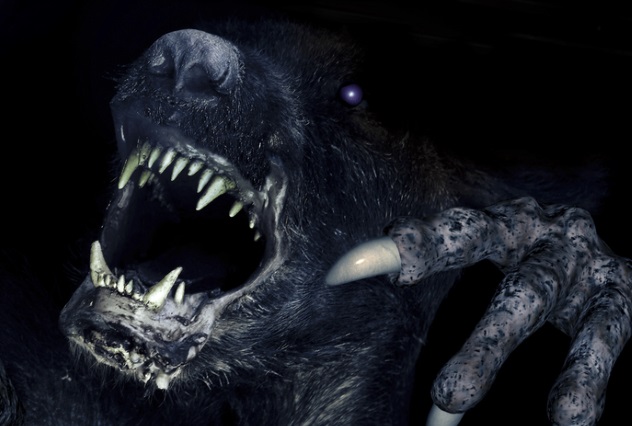 In Hull, England, in May 2015, people began to report a large, hairy beast near a waterway called Barmston Drain. When the beast stood up, it was estimated to be about 2.4 meters (8 ft) tall. One woman saw the creature jump clear across the waterway and disappear into the grounds on the other side. A couple saw a beast of similar description eating what appeared to be a German Shepard. When it noticed them, it stood up on its back legs, the dead dog dangling from its jaws, and then jumped over an 2.4-meter-high (8 ft) fence before vanishing into the night.

On August 29, 2016, a woman and two friends apparently got a very close look at the creature, dubbed the Beast of Barmston Drain. The three had been driving down a country lane when one of them pointed out what they thought was a fox next to the road. Then, the “fox” stood up walked toward the car. The creature was covered in cream- and gray-colored fur and was bigger than the car they were in. Disturbingly, it had a human face. The women sped away.

Garth Haslam has a degree in anthropology and specializes in folklore and religious studies. He’s been digging into strange topics for over 30 years and posts his research on varying anomalies, curiosities, mysteries, and legends at his website, Anomalies—the Strange & Unexplained. Check it out at http://anomalyinfo.com.