More than a few of us have probably combed the Internet for information about how quickly and efficiently a zombie plague could be dealt with. However, these response teams and methods would never be necessary. Forensically speaking, zombies could never function properly even if they were created. Here are 10 reasons why zombie creation is impossible. 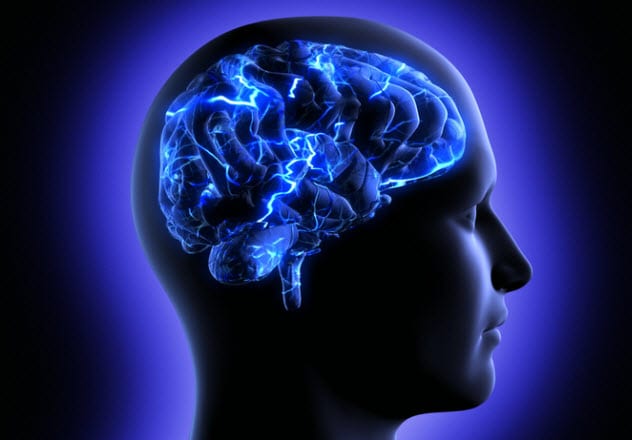 Despite the confused appearance of zombies, most are portrayed as having a kind of sentience. It’s why you have to keep the lights off at night and keep as quiet as possible. The slightest sound or glimpse of a human is enough to prompt an attack. However, this awareness would be impossible because brain function is one of the first functions to deactivate after death.

In a 2011 study performed by Anton Coenen, several rats were beheaded to test how long consciousness lingers. Brain activity was measured with an EEG. After 17 seconds, the readings went to zero, indicating lack of brain function.

Approximately one minute later, there was a spike in the EEG, a last “wave of death” through the brain before the readings stayed permanently at zero. Without this brain power, such relatively high sentience cannot be found in the average zombie. 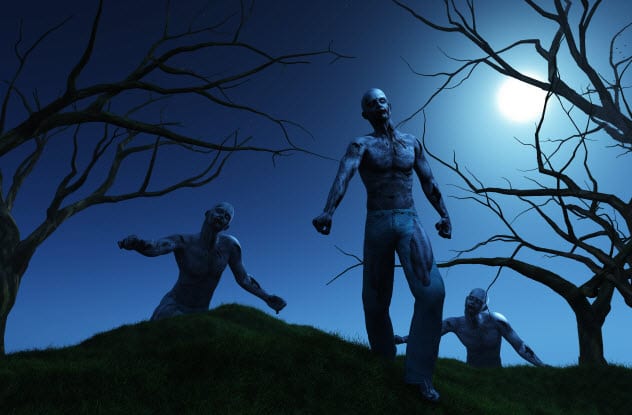 With the exception of a few films that depict zombies as freakishly quick sprinters, zombies are often portrayed as shambling, slow things that can be outrun with a pace slightly quicker than a jog. But neither fast nor slow motions are medically conceivable with zombies.

Somewhere close to two hours after death, the body begins to experience rigor mortis. This is caused by a lack of ATP, the chemical that gives muscles the needed energy for motion. After death, rigidity slowly takes over the entire body.

Rigor mortis also restricts the joints from moving. As a result, this condition prevents the dead from having any mobility in the first place. 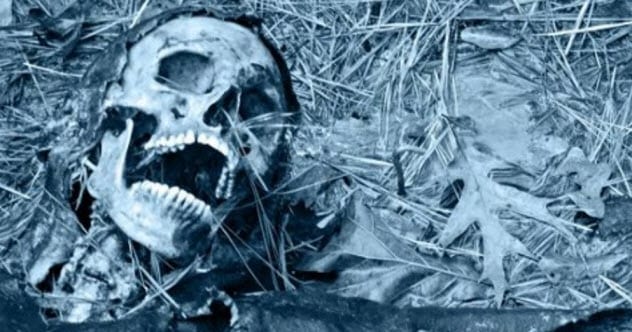 Even at their most gruesome incarnation, zombies never look as disgusting as biology suggests they would. After death, tissue decay is relatively quick and happens in two ways: putrefaction and self-digestion.

Putrefaction is a process by which bacteria escapes the intestines and breaks down the body. The body also begins a process known as “self-digestion,” when cells that are deprived of oxygen—and still undergoing chemical reactions—become increasingly acidic and give off toxic by-products.

As these by-products accumulate, the cell membranes eventually deteriorate and the enzymes escape into the rest of the body. This causes extreme bloating and blistering of the skin. After a week, the skin will fall away from the body with small amounts of pressure.

These processes begin several minutes after death, so the idea that any corpse could survive in one piece long enough to start wreaking havoc on the world is absurd. 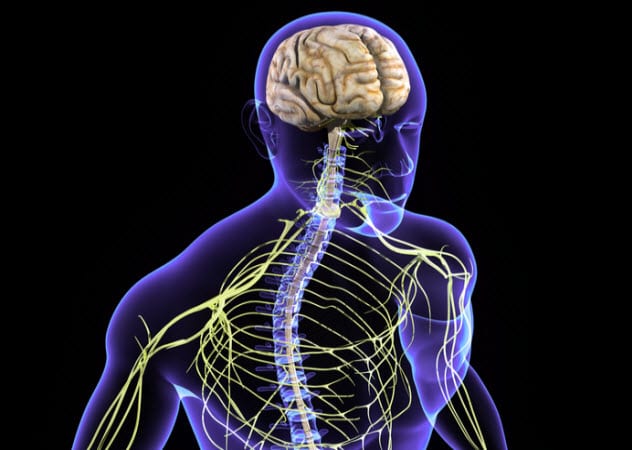 From climbing barricades to busting down doors, zombies are shown to have an abundance of muscle activity and relatively fine motor control. These feats are actually impossible because the central nervous system becomes completely damaged in death.

Not only does the spinal cord essentially die off in the aforementioned process of self-digestion, but we have also seen the wave of death occur in the brain seconds after death. With both parts of their central nervous systems compromised and dysfunctional, zombies would be paralyzed. 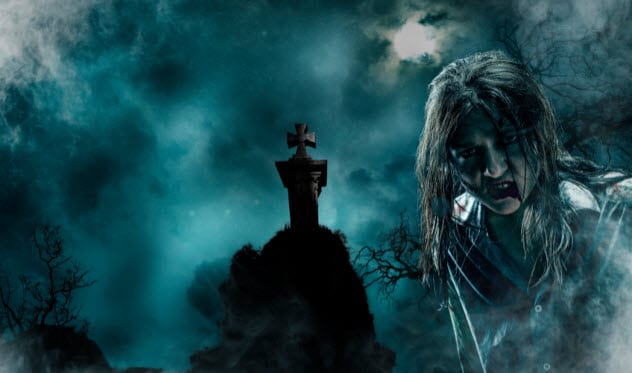 “Metabolism” is an umbrella term used to define the collective set of chemical reactions that take place in a body to help maintain the living state of all cells. This term is representative of the chemical processes that transform the food we eat into ATP, a chemical used to power our muscles.

Granted, metabolism doesn’t stop as soon as a person dies. It takes anywhere from 4–10 minutes for the processes to stop completely. Even if by some horrible miracle the undead were to regain a kind of sentience after the wave of death, their muscles wouldn’t be able to grant them motion without the constant generation of ATP. 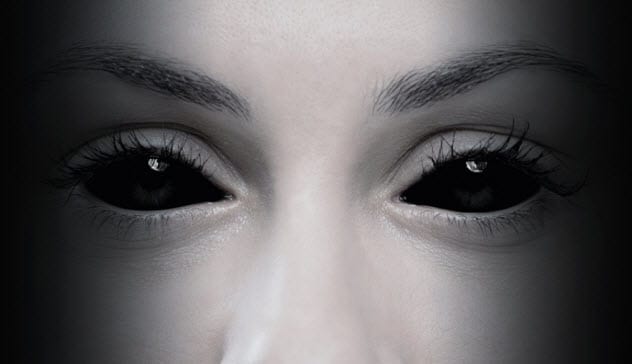 Although eyesight is fairly complicated, it all comes down to two key components: the retina and the optic nerve. The retina is responsible for receiving visual inputs, which are transmitted to the brain via the optic nerve.

As with all tissues, these are affected by the self-digestion that begins after death. The small muscles of the eyes are also affected by rigor mortis, which first affects the smaller muscles such as those located in the face and neck. The small muscles of the eyes, which help the pupils dilate and contract to help focus light, are subsequently paralyzed.

Additionally, the eyes will collapse from a lack of blood pressure and become opaque. What is not destroyed by self-digestion will be destroyed by rigor mortis, rendering sight completely dysfunctional. It disproves the idea that these supposedly keen-eyed monsters could see well enough to hunt. 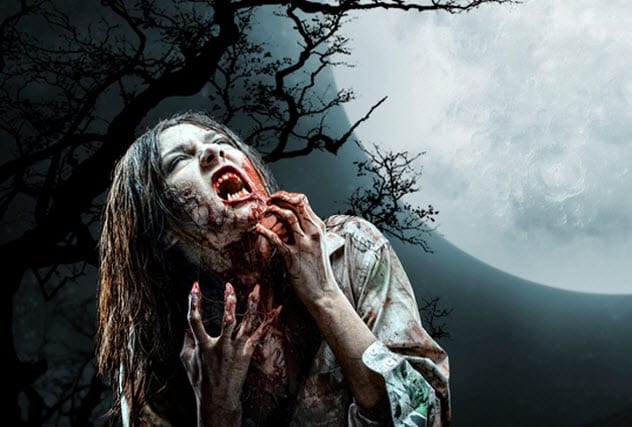 All zombies are agile. However, this would be prevented both naturally and by the embalming process. Although embalming processes vary by religion, it is a common practice in the United States that involves altering the appearance of the mouth.

In fact, rigor mortis in the face can be so extreme—and pull facial muscles so taut—that facial expressions of the deceased have sometimes been described as grimaces. 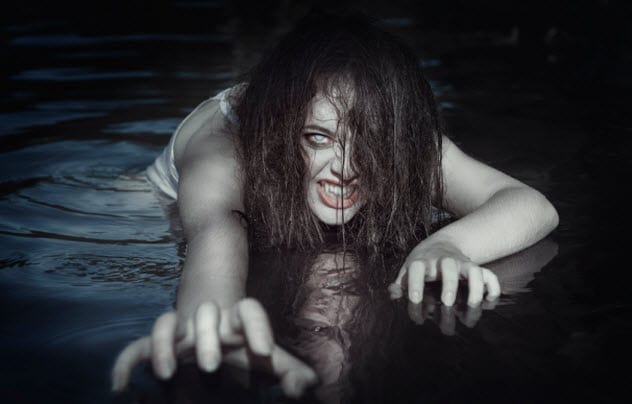 Some dead people end up in ditches, rivers, or the wilderness. As a result, these ill-fated individuals would never function as zombies. Although rigor mortis does not become apparent for up to two days after death and self-digestion is not extreme enough to cause the flesh to fall from the bones for around a week, the environment itself can reduce a body to a mere skeleton in just a few days.

Hotter climates, the presence of water, and other factors will rapidly increase the rate of decay. This does not even factor in the voracity of local fauna—such as flies, ants, fish, and crabs—which will most likely skeletonize the body quicker than it can be plagued by its own autolysis. 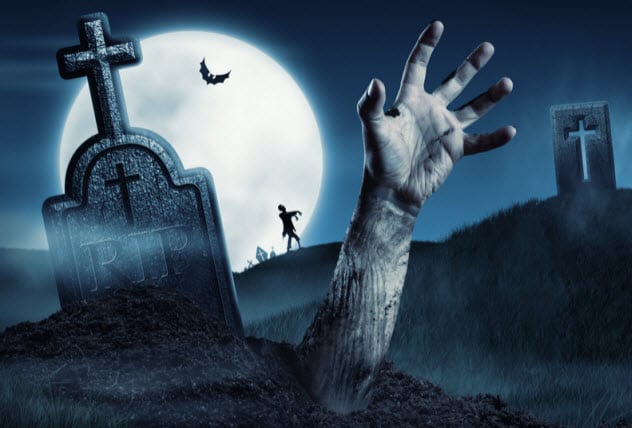 For fast-acting zombie plagues, it makes sense—in a Hollywood kind of way—that the newly afflicted wouldn’t die instantaneously and that they wouldn’t be affected in all the ways we’ve talked about. But what about the other brand of zombie—for example, the one risen by atmospheric radiation?

Often, these films show the long-deceased clawing their way out of their graves. But their skeletons wouldn’t be up to the task. For those buried long enough, their bones wouldn’t even exist, much less be functional for running around.

The proteins found within bone eventually decompose. From that point on, the bones—which are mostly inorganic—will simply crumble into dust. This happens regardless of environment. The process is sped up or slowed down by the type of burial and the climate in which the body resides, but it is inevitable. 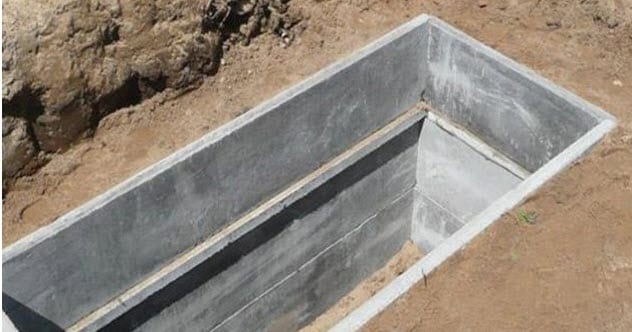 Even if by some miracle the dead were able to return to life and were unaffected by all the previously mentioned factors, they would never make it out of their graves. The term “six feet under” exists for a reason.

Before people were buried in caskets, they were placed 2 meters (6 ft) underground to protect the corpse from animals. To this day, most states tend to adhere to the “six feet under” law, with the addition of a burial vault which acts as a coffin for the coffin itself and provides structural support for the surrounding ground.

Once the casket is placed in the burial vault and it is all closed up, about 1 meter (3 ft) of dirt is placed on top. With a weight of up to 900 kilograms (2,000 lb) pressing down on a doubly sealed structure, escape is virtually impossible. 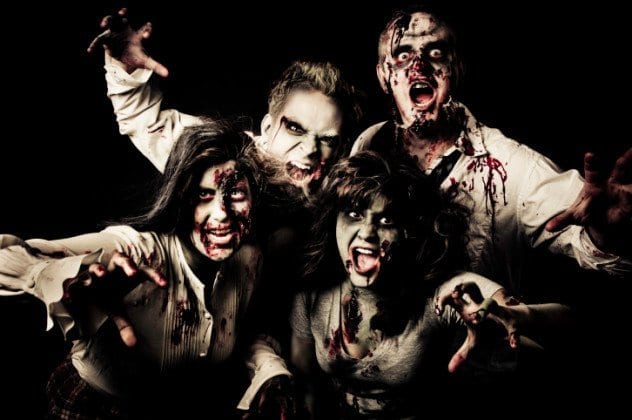 Zombie fever may be fading but that doesn’t mean we can’t spend a few minutes reading more about them! Here are some lists from our archives:

Roxanne is an aspiring writer and editor of fiction. You can find her writing blog here.