Just how much do they love it, though? Read on to discover just how far a Brit will go and has gone for that perfect cuppa . . .

Let’s face it, drinking tea isn’t exactly an adrenaline junkie’s favorite activity. That is, until Simon Berry took matters into his own hands in late 2016. Berry decided that simply drinking a cuppa just wasn’t going to cut it. If he was going to drink a cup of tea, he was going to do it properly and set a Guinness World Record while doing it.

Berry decided to grab some bungee cord and throw himself off a platform that was 73 meters (240 ft) high. That’s not all, though. He placed a steaming cup of tea on the ground below the platform and took a cookie up with him. And then he took the Guinness World Record for the highest bungee dunk ever.[1]

That’s right. He jumped off a 73-meter (240 ft) platform just so he could dunk his biscuit in his tea. We told you these Brits would do anything for a cup of tea! 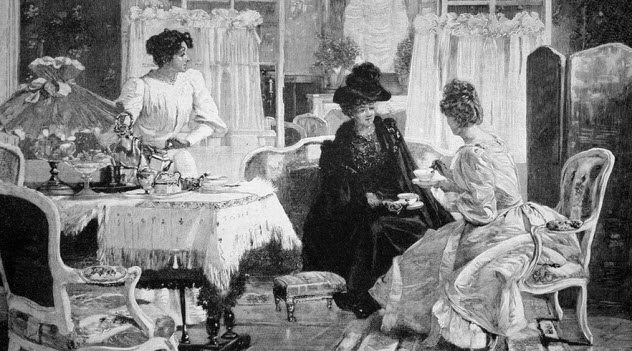 We’ve all experienced it. It’s 4:00 PM, you’ve just come home from work, it’s far too early for dinner, and yet all you want to do is stuff your face.

Well, a certain Anna, the Duchess of Bedford at the time, found herself in this situation one afternoon in 1840.[2] After listening to her stomach make strange, whalelike grumbles for a while, she decided to send for a cup of tea and some bread and butter. Nothing special.

However, as with all things British, her idea couldn’t simply end with this one informal afternoon tea. From that day forward, Anna scheduled a daily afternoon tea and began to invite friends to join her. Also, Anna was fairly good friends with Queen Victoria herself.

Well, one thing led to another, and before she knew it, “Afternoon Tea” was a formal event in high society. Women all over England donned fancy gowns every afternoon to sit down to some tea and tame their wild, grumbling stomachs. Any excuse for a bit more tea! 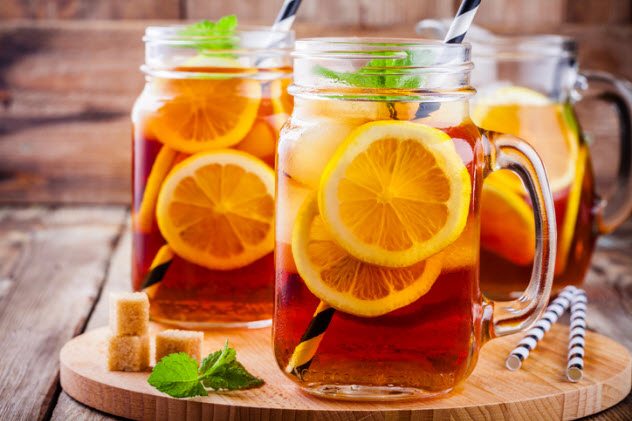 I’ve always wondered what made people suddenly want to drink cold tea. Iced tea recipes from both England and America have been found dating back to the early 1800s, but it was only in 1904 that this cold beverage became truly popular.[3]

Summer 1904 was beyond hot, and one British entrepreneur, Richard Blechynden, decided to use the beating sun to his advantage. He realized that there would be many thirsty Brits and other people craving a good cup of tea at the World’s Fair in St. Louis, Missouri. However, he also realized that it would be far too hot to serve hot beverages.

So with a recipe in hand and tea in his heart, he set off for the fair and sold his iced tea. It was a massive success. Just goes to show, a good Brit will get his tea in, no matter how tough the circumstances may be. 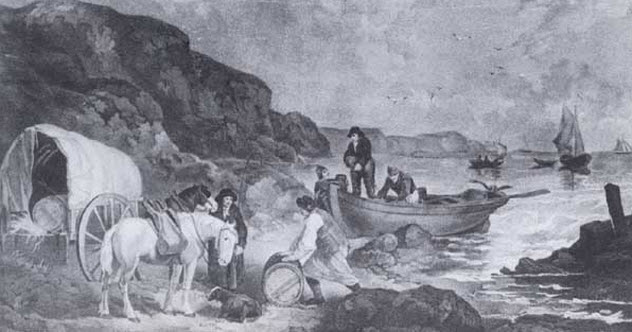 When tea was first introduced to England in the early 18th century, it was a drink of the upper class. But soon, the general population decided that they, too, wanted this magical drink. The country’s leadership quickly seized the opportunity to make a bit of extra cash from this popular commodity and introduced tea taxes.

Furthermore, the East India Trading Company was the sole provider of tea. As such, they were free to choose whichever exorbitant price they wished to charge.

Soon after, people began illegally smuggling tea into England, selling it at lower prices, and bringing with it all the chaos and arguments that smuggling entails. At one point, the legitimate tea companies were even struggling to find workers because it seemed that everyone was involved in the tea smuggling network.[4]

Also, what the East India Trading Company didn’t realize was that many captains of their ships actually helped to transport smuggled tea along with the legal tea, just to make a little extra cash on the side. (Oh, the scandal!) All of this over a steaming cup of tea!

6 Stop For Tea Breaks In The Middle Of Intimate Acts 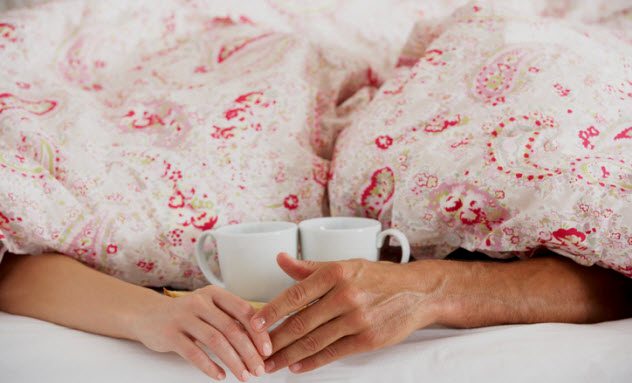 Andrew G. Marshall is a British marital therapist with some curious theories. He advises his clients to have a tea break during lovemaking. According to Marshall, this not only creates deeper intimacy but also prolongs one’s desire and the sexual encounter. Marshall claims that a tea break is a good way to spice up your love life and keep the relationship interesting.

In a way, this makes sense. If both parties involved have a steaming cup of tea in hand, it allows them time to have a chat. The encounter becomes more than just physical.[5]

Then again, it might also become more than a little awkward and could possibly ruin the mood. But there you have it. British people will go so far as to break away from sexy time for a cup of tea. Quite an interesting concept.

5 Drink Tea Instead Of Whiskey While Acting 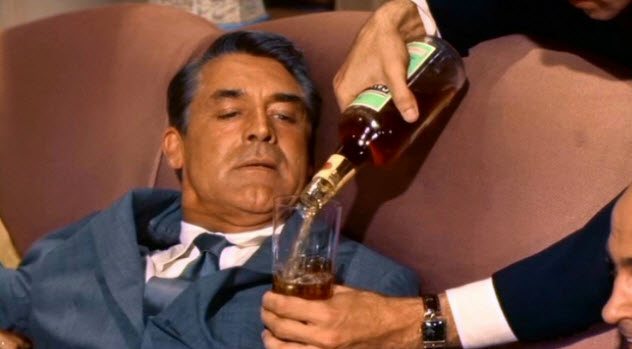 The last thing you want while filming a movie is a drunk actor. In fact, some actors even have to sign contracts to ensure that they don’t drink on set or show up to work drunk.

One trick of the movie industry is to replace whiskey with watered-down tea because it looks much the same. Similarly, beer is often replaced with iced tea when filming movies.[6] Of course, it’s not just British actors who do this. But it does sound suspiciously like an excuse a Brit would use to grab a cup of tea on set.

4 Change The Rules Of Gender 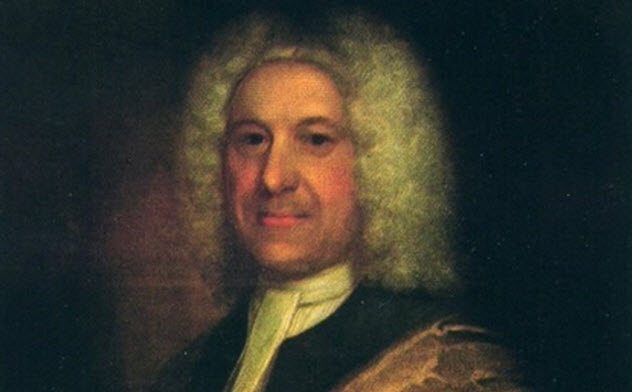 When tea was first introduced to Britain, it was just another commodity, nothing special. Little did they know! Tea was initially introduced to the men’s coffeehouses. At the time of tea’s introduction to society, women weren’t even really allowed to be out or to enter a coffeehouse. So they didn’t have much exposure to this new drink.

Then things changed. The Twining family came along and decided that they were tired of the strange gender rules of society. Women deserved a good cup of tea, too!

In 1717, Thomas Twining opened the Golden Lyon and there was no turning back. Of course, women weren’t automatically free and wearing pants and becoming engineers. They did get more freedom, though, as tea gained popularity among high society and it became more acceptable for women to be seen drinking it.[7]

And there you have it. A cup of tea is the key to bringing about meaningful change in society! 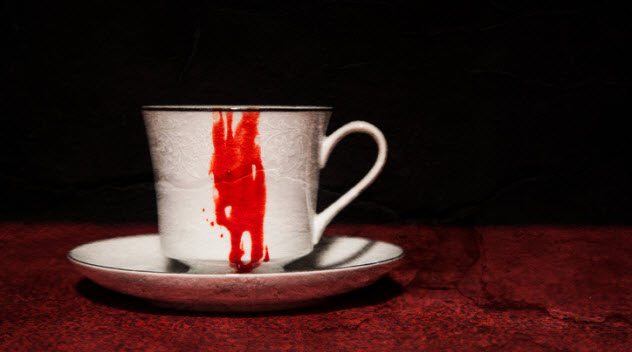 This is linked to the smuggling of tea and is actually rather horrifying. By the late 1700s, tea smuggling was big business in England. And the authorities knew it. The smugglers needed to be super sneaky. So, what did they do?

Smugglers began hiding tea leaves among other types of leaves to get tea into the country. They soon realized that selling a mixture of other leaves with the tea leaves to the unknowing population would mean that the smugglers had more to sell.[8]

What they didn’t bank on, though, was that some of the leaves they added were actually poisonous. So yes, there was a time when British people were literally dying for a cup of tea. If that’s not terrifying, then we don’t know what is! 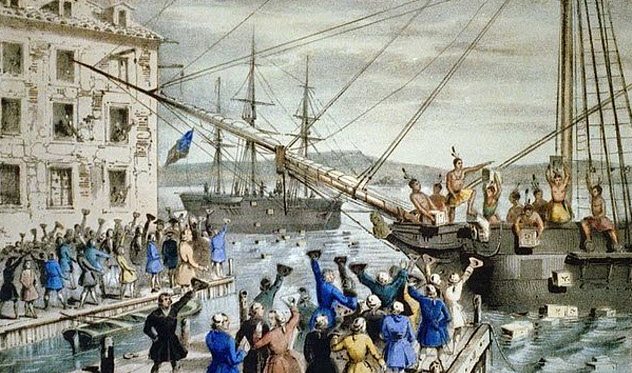 How do you make a British person in the 1800s really angry? To answer this question, let’s look to the sterling example set by the merchants in Boston at that time.

One dark night in 1773, Samuel Adams and the Sons of Liberty donned Native American outfits and decided that they were tired of being oppressed by the British. It was time to take action.

They decided on a low blow and boarded several ships carrying tea in the Boston Harbor. Then the rebels proceeded to dump approximately 340 chests of tea into the sea. It took them three hours to complete, and the tea they destroyed would have been worth $1 million today.

Bad idea. Without their tea, the British were even more touchy and grumpy. After this, they passed the Coercive Acts of 1774 (even more oppression).[9] The British then proceeded to shut down the Boston Harbor until they were paid back the costs of the tea.

They wanted to make sure it was the last time that someone messed with their morning cup of tea. And so, there we have it, folks. The Brits will even pass laws and shut down harbors, if necessary, to get their tea. 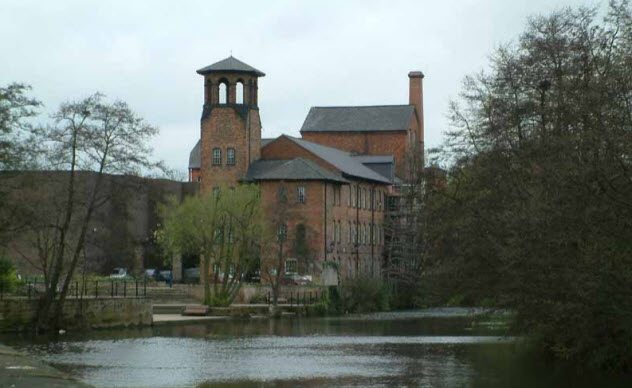 We know what you’re thinking. The Industrial Revolution cannot possibly have been caused by a cup of tea. And in a sense, you’re right. But tea did actually play a role in some rather interesting ways.

By the time the Industrial Revolution began in the 18th century, tea was widely distributed and consumed in England. The country experienced several unplanned benefits as a result of its massive tea consumption.

As tea was so widely distributed, even the working class was making cuppas on a regular basis. One of the best things about this was that the water had to be boiled to make tea. (Obvious, right?)

But this led to a massive reduction in the spread of waterborne diseases like cholera. Tea was literally keeping the British working population healthy. Also, tea provided an extremely useful dose of caffeine and morale to the tired workers.

As a result, the working population was healthy, motivated, and able to carry forward the Industrial Revolution.[10] And all this with the vision of ensuring a constant supply of tea, no doubt.

I’m a freelance writer from South Africa with a passion for all things odd and different.

Read about more crazy things the Brits have done on 10 Wildly Eccentric Characters From Victorian England and 10 Activities Unbelievably Declared Illegal In England.