Many of the greatest archaeological discoveries have been made at ancient burial grounds but, occasionally, the tombs themselves are the most interesting parts of an excavation. In many cases, ancestors from the past are buried then forgotten over time until circumstances lead to their rediscovery.

10The Presbyterians Beneath New York 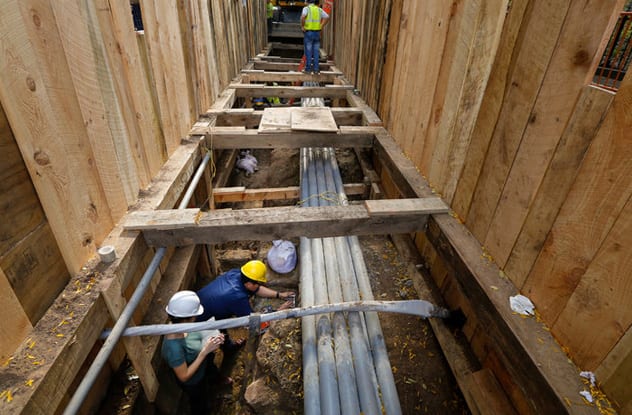 In 2015, workers in New York City were digging up Washington Square East so they could install a water main. While digging up the foundations, they discovered a large empty space filled with human remains.

In the 1800s, two-thirds of Washington Square Park was a potters’ field, and the remainder was a cemetery for a small Presbyterian church. After another vault was discovered, archaeologists came in to excavate the sensitive area. While the area is now in the middle of Manhattan, at the time of many of the burials, it was in the outskirts of the city, and they were soon forgotten as the city began to expand. The tombs were encountered once before around 50 years ago by workers but they were again forgotten. 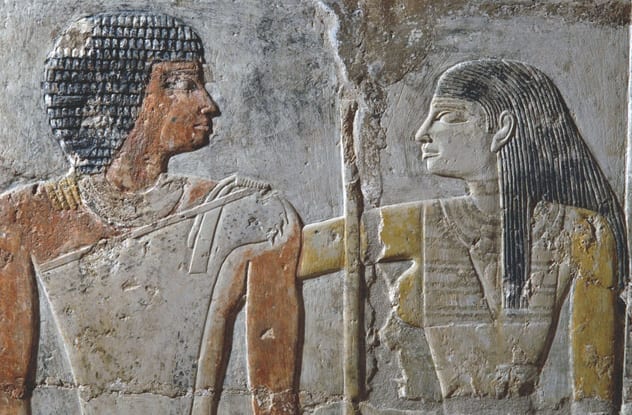 In 2013, a 4,000-year-old tomb was discovered in Saqqara, and inside, the beautiful story of an Egyptian romance was found illustrated on the walls. The depictions seemed to be of Meretitis, a priestess, and Kahai, a singer. The tomb is one of the few ever found from the Pyramid Age that shows romantic affection (such as one scene where the couple is gazing into each other’s eyes) rather than standard images of married couples most often found from the time period.

Inside the tomb, not only were the remains of the lovers found but their children and possibly their grandchildren, showing that they were an especially close family. 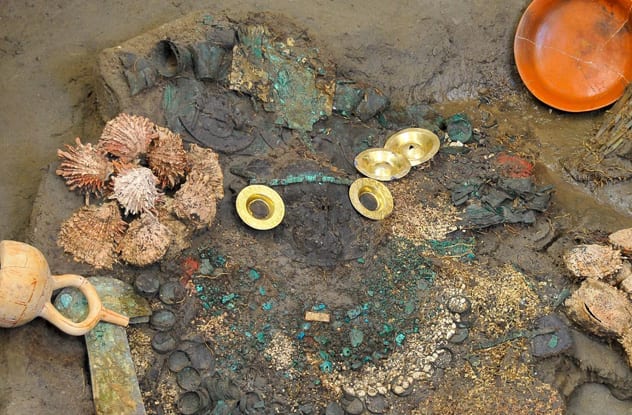 In 2011, archaeologists excavating a pre-Incan site in Peru found the tomb of a priestess along with eight others. While this find was impressive, there was an even more intriguing find right beneath them.

In 2013, archaeologists at the same site unearthed a chamber built to flood. It seems that the tomb was a part of an ancient water cult. The flooded tomb was built by the little-known Lambayeque people who existed some 800 years ago, and inside were four sets of human remains, one adorned with pearl, turquoise, and shell beads. The three other sets were more humbly dressed; it was a common practice for the wealthy to be buried with an entourage to accompany them to the afterlife. 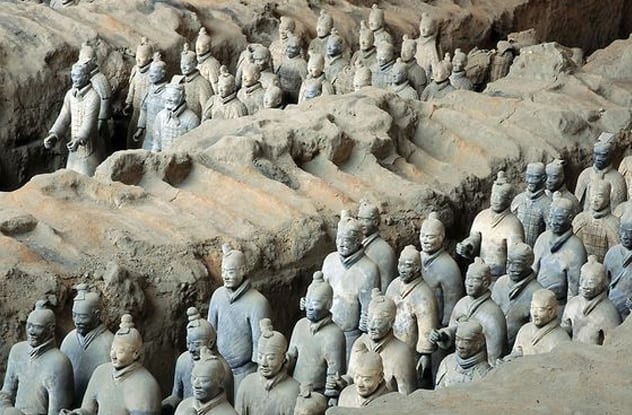 Qin Shi Huang Di was China’s first emperor but is most remembered today for his burial place and its army of Terra Cotta warriors. Far more is waiting to be discovered. Qin’s tomb hasn’t been excavated because of high amounts of the toxic element mercury.

Much of our knowledge about what lies inside Qin’s tomb comes from texts written by the court historian Siam Qian during the Han Dynasty. To recreate the rivers and lakes of China, builders put in vast amounts of liquid mercury, and tests support this. We still don’t have the technology to look inside the tombs, but remote-control technology has revealed some aspects of the structure, and experimental digs show Terra Cotta dancers and musicians in sharp contrast to the armies outside. 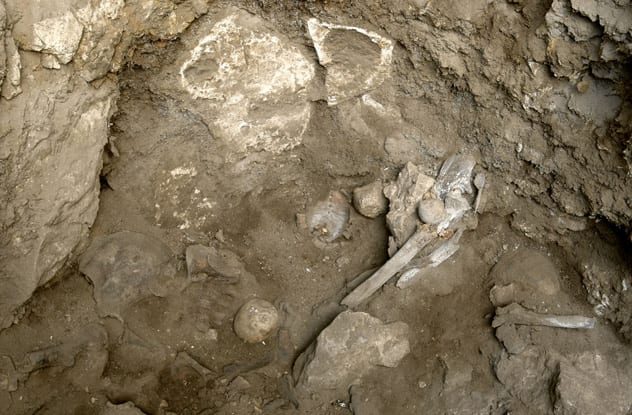 Twelve-thousand years ago, a woman who was greatly respected died; after an elaborate burial ritual, she was placed deep inside a cave. The woman, about 45 at the time of death, was found in a cave called Hilazon Tachtit in northern Israel discovered in 2005. Twenty-eight other skeletons were found, but this woman stood out.

She is believed to have been a shaman based in the number of skeleton bones found with her (shamans were believed to be able to commune with animal spirits), which would make her one of the most respected members of her tribe. She was buried with much fanfare, including a feast of 86 tortoises. She received a six-stage burial, which began with the preparation of her tomb in the cave along with decorating her burial place with animal remains and other objects. Finally, she was placed inside with a stone dividing her from the others buried. 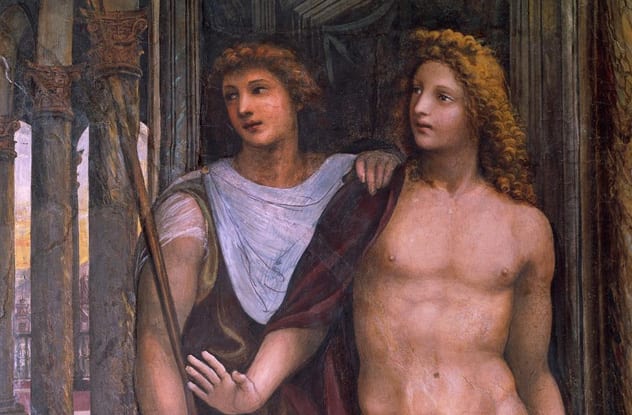 In 2012, archaeologists uncovered a mysterious tomb in northern Greece that dates back to the time of Alexander the Great. The tomb, known as the Kasta tomb or the Amphipolis tomb, is richly decorated, with a mosaic depicting scenes from Greek mythology along with pillars built in the shapes of young women. The tomb was constructed during the tumultuous period after Alexander the Great’s death and was the final resting place of someone very close to him.

Theories about the identity of its inhabitant range from family members to favorite generals to Alexander the Great’s childhood friend and lover Hephaestion. Five bodies have been found inside the tomb, but excavation virtually stopped on the site due to Greece’s financial crisis.

4The European In China 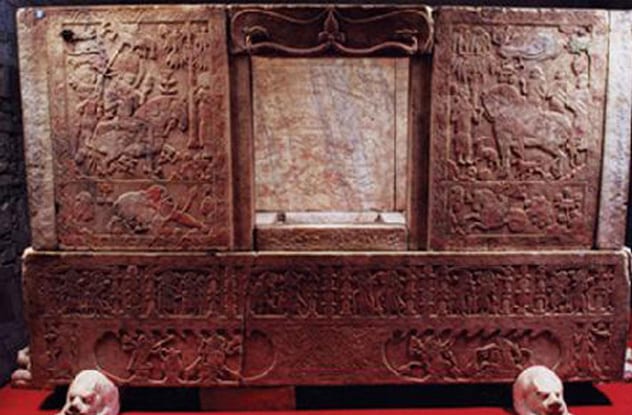 In 1999, a tomb was discovered in China containing the 1,400-year-old remains of Yu Hong. Yu Hong was not Asian but European. Taiyuan, where the tomb was discovered, marks the easternmost spot where someone of Hong’s genetic lineage has been discovered.

Yu Hong belonged to an ancient genetic line that descended from western Eurasia, and his tomb displays this. The site is characteristic of most tombs in Central Asia from the period, and its artwork is done in Asian styles, but images of Hong and his family show European characteristics like straight noses and blue eyes. Found alongside Hong was an Eastern Asian woman, who was likely his wife. 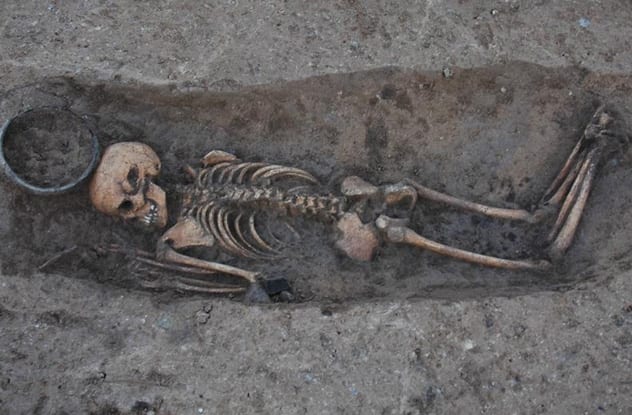 In 2015, Polish archaeologists made a discovery unlike any other: an enormous 2,000-year-old necropolis that served as a burial place for centuries. The tombs number 120 and were in use from the first century to the third, a time known as the Period of Roman Influence. Those buried in the necropolis were known as the Przeworsk people, and the tombs illustrate their change over time. The earliest burials were done in the Celtic manner with mounds laid over top the remains. Over time, though, the burial rites became like those of the Romans.

One unusual aspect of the necropolis is the presence of a two-person tomb described as “princely” by researchers, which contains the remains of a man in his twenties and a juvenile in his teens. This tomb is highly unusual because only five such two-person tombs have been found around the world, and it is the only one in Poland. 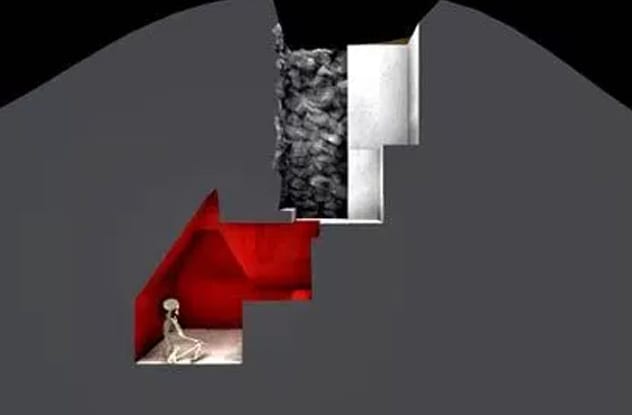 At one time, the Mayan empire stretched as far as Honduras, and one of the most important cities in Central America was Copan. Copan existed as a hub of trade and politics from the fifth century to the ninth, and as important as the city was, for many years, we knew virtually nothing about it. In 2005, this all changed with the discovery of an extraordinary tomb containing the remains of an elite member of Mayan society.

The tomb was highly unusual in that the man—who died around AD 650—was propped upright in a chair with his legs crossed (another odd find, since Mayans weren’t known to sit in such a manner), adorned with dazzling jewelry like jade. The tomb was found quite unexpectedly inside a temple far away from Copan’s ceremonial center, the Acropolis, where most important figures were buried. 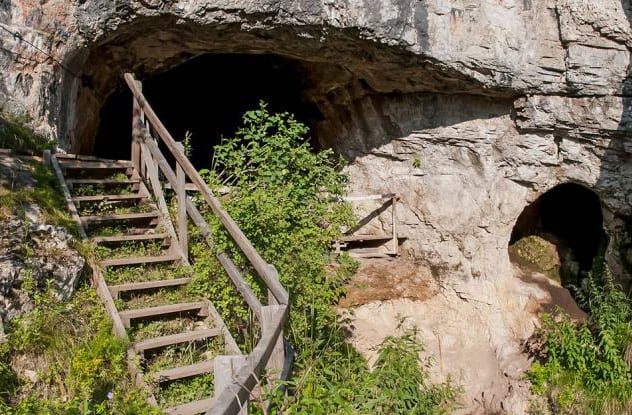 It all began in 2010 when the pinky of a young girl was found inside the cave. After testing it, it was found that the girl lived some 50,000 years ago, and her people, the Denisovians, were a previously unknown human species. The Denisovians lived and died inside the cave; their remains haven’t been found in any other location, so it most likely also served as their burial grounds. Besides the pinky, the only other remains are bits of teeth and small fossil fragments, many of which date to 110,000 years ago and others as early as 170,000.

The Denisovians were most likely drawn to the cave because it is filled with light and it is quite large. These same characteristics attracted other species like Neanderthals and even modern humans. 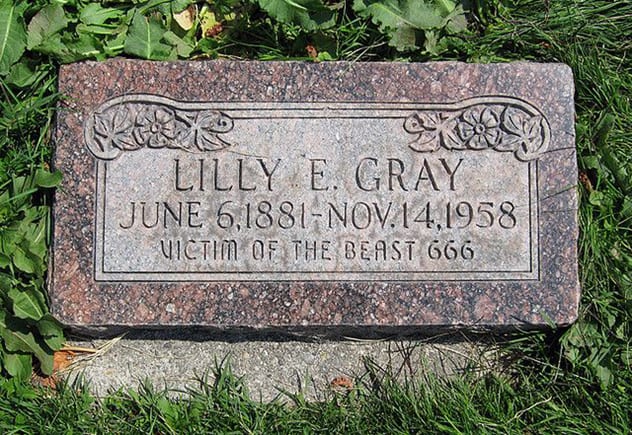 For more on eternal resting places and burials, see these lists from the archives: