Between February 1692 and May 1693, colonial Massachusetts was the scene of a mass hysteria sparked by false accusations from several young girls. By the time it was over, the resulting Salem witch trials had claimed the lives of 20 innocent souls. These 10 lesser-known facts about the trials make a dark period in American history far more senseless and appalling. 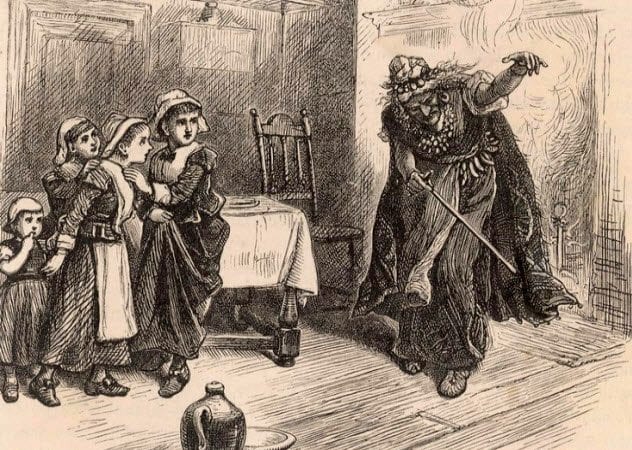 Many of the leading accusers were young girls who had been orphaned at birth and left with dismal, if any, prospects for the future. Orphans, who had no monetary or emotional support, were disregarded by society at that time. Some historians believe that this was the basis for their false accusations.

Carol Karlsen, author of The Devil in the Shape of a Woman, suggests that the grim outlook for the girls’ long-term material well-being sparked their dramatic “possession” performances to “focus the communities’ concern on their difficulties.”

Karlsen goes on to explain that this was perhaps a way for the afflicted girls to deal with the oppression they felt as orphans. In doing so, they finally attained the respect and attention of their communities within Puritan society. 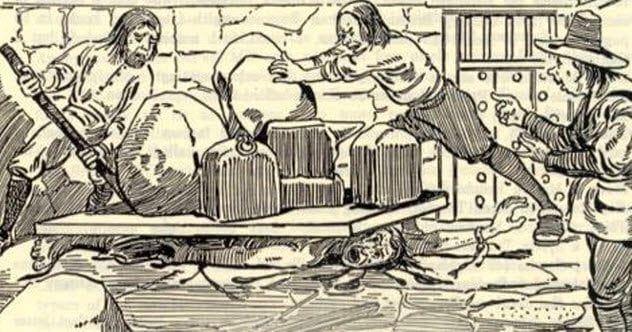 As the number of the accused began to rise, it became apparent that confession carried greater leniency as opposed to pleading innocent. Those who maintained their innocence were met with harsh interrogations that often led to death, such as submerging the accused in the local pond to test their magical abilities to stay afloat.

Despite popular belief, burning victims at the stake was less common than hanging them at the gallows. In a three-month period in 1692, 19 men and women were led to Gallows Hill, a barren slope near Salem Village, for hanging.

Those accused of witchcraft but not convicted awaited their fates as prisoners for months on end. Perhaps one of the more disturbing cases was that of Giles Corey who, after being imprisoned for five months, was pressed to death with stones. Three days later, Corey’s wife was hanged.

8 The House Below The Hill 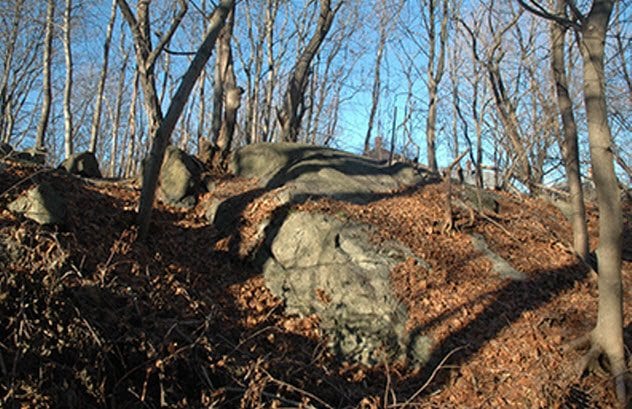 Remarkably, it wasn’t until January 2016 that the execution site on Gallows Hill was discovered on a rocky outcropping next to a Walgreens pharmacy. Researchers from the University of Virginia set out to discover “the house below the hill,” the location where accused witch Rebecca Eames claimed to have witnessed the hangings.

It was determined that Eames was referencing a house on Boston Street, the main road that led into the courthouse. The site was identified by current topographical analysis in addition to examining the likely route for transporting prisoners in the center of Salem to their deaths.

Using ground-penetrating radar, researchers confirmed that the victims were hanged from a tree as no trace of a gallows structure was discovered. The establishment of a memorial site is currently underway by the city of Salem. 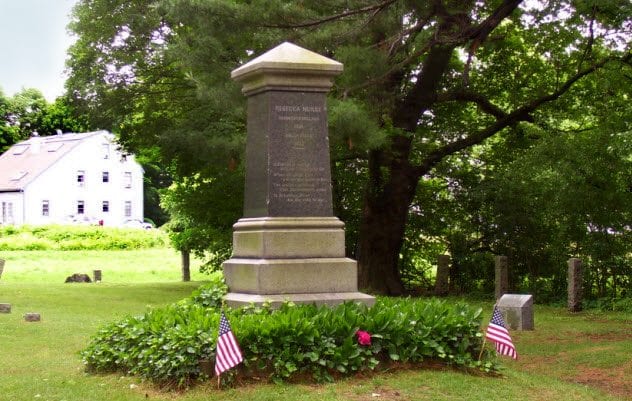 The bodies of the accused were denied respectful interments and were frequently thrown in a ditch. However, in the late hours of the evening, family members often returned to Gallows Hill to exhume their loved ones for burial elsewhere. This included Salem’s most famous victim, John Proctor.

Rebecca Nurse, a frail 71–year-old woman who was hanged on July 19, 1692, was exhumed by her children and secretly buried in an unmarked grave on the family property where she had lived. Nearly 200 years later in 1885, Nurse’s descendants erected a memorial to Rebecca in the family graveyard located in Danvers, Massachusetts. 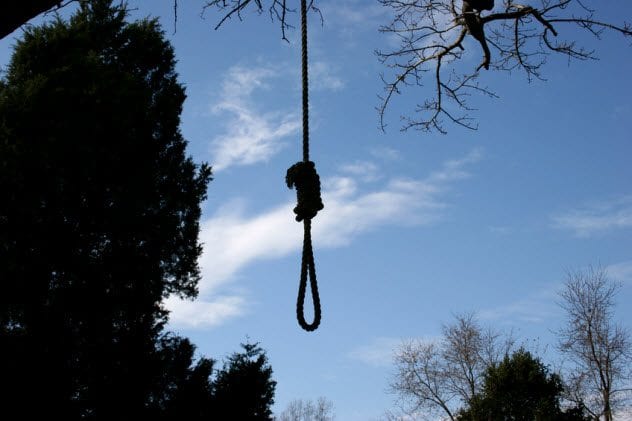 Although the Salem witch trials have been cemented into history books, they were not the first of their kind. Almost 50 years earlier in Connecticut, Alse Young was publicly hanged for witchery in Hartford’s Meeting House Square. Five other residents met the same fate a short time later.

In 1662, seven trials took place that resulted in four innocent souls being sent to the gallows. During the trials, some were bound by their hands and feet and cast into water to test their floating ability.

The hysteria began with the death of eight-year-old Elizabeth Kelly who passed away unexpectedly. Kelly’s parents testified that their daughter had suddenly fallen ill the night after she returned home with their neighbor, Goodwife Ayres.

The Kellys insisted that their child had been possessed. Within 50 years, Connecticut saw 46 prosecutions and at least 11 executions until the state’s final witch trial in 1697. 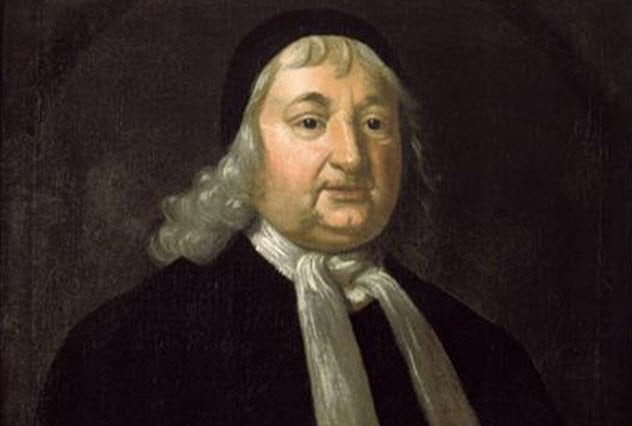 Toward the end of 1692, the public began losing faith in the witch hunts because many of the accused were devout individuals. This contradicted the concept of Puritans as faithful servants of God, and by 1693, 12 jurors had publicly apologized for their miscalculated judgments during the trials.

Four years later, the General Court ordered a day of fasting and soul-searching. In 1702, the court publicly declared the trials unlawful. In 1711, monetary compensation was granted to heirs of the accused, and the colony passed a bill restoring the rights and good names of those wrongfully imprisoned. Unfortunately, it was not until 1957 that Massachusetts formally apologized.

4 The Tragic Case Of Mr. Jacobs 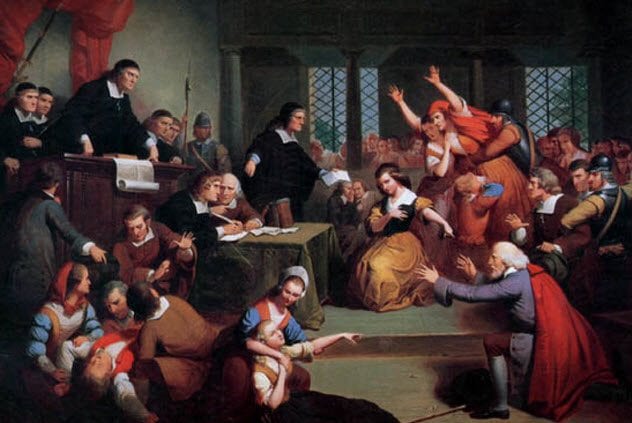 Perhaps one of the more tragic tales was that of 70-year-old George Jacobs Sr. who had been accused by his own granddaughter. Jacobs laughed at his judges during his trial, proclaiming that he couldn’t believe that these events were transpiring or that the villagers were buying into the idea of witchery.

The number of his accusers only increased with his public denouncement of the “afflicted” girls. As the realization of his fate set in, Jacobs resorted to the lifesaving strategy of confession but to no avail. He was found guilty and hanged on August 19, 1692—one of the first men in Salem to be executed for witchery.

Jacobs’s remains were recovered from Gallows Hill and buried on his family’s property. In 1864, his remains were unearthed and described by his descendants as a “tall, arthritic, toothless skeleton.” As part of a ceremony marking the 300th anniversary of the trials, Jacobs’s remains were brought to Salem. They were finally laid to rest on August 2, 1992.

3 The Western Section Of The Village 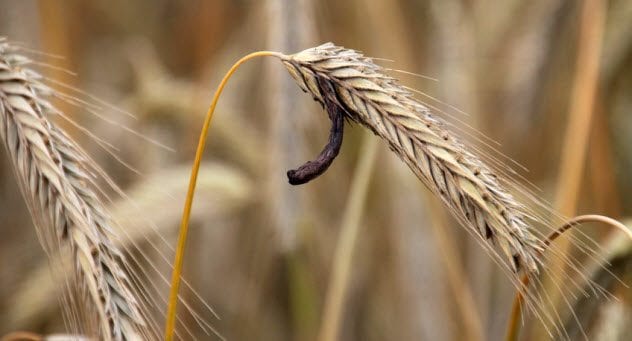 Although the cause of the mass hysteria has never been determined, historians have disputed numerous theories about the root of the irrational frenzy that plagued the Salem villagers in 1692. One of the more intriguing and logical explanations focuses on the ergot fungus which grows on rye, the main grain of Salem Village.

All of these symptoms were described in the Salem records. In addition, the fungus thrives during warm, damp, rainy springs and summers, the exact conditions present in the western section of Salem Village where nearly all the accusers lived. 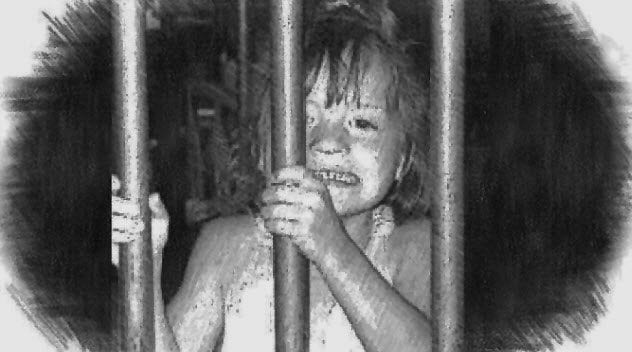 As the jails began to overflow, many of the accused had to be transferred to other prisons. Sarah Good and her four-year-old daughter, Dorothy, arrived at the Ipswich jail in spring 1692. A short time later, Sarah gave birth to her second daughter, Mercy.

The infant subsequently died in the harsh prison conditions, and on July 19, Sarah was hanged. Although never charged, Dorothy remained imprisoned for nine months until her father could pay for his child’s bond and “board.” Historic accounts claim that Dorothy went insane from the grave psychological damage she endured.

After the witch trials ended and all the accused were released, legend has it that their tortured spirits remained at the jail. For years, prisoners were found screaming in their cells because of apparitions they had seen. After the Ipswich jail was torn down, the land was used for a farm and later a school. Still, strange noises and ghostly sightings were reported throughout the years. 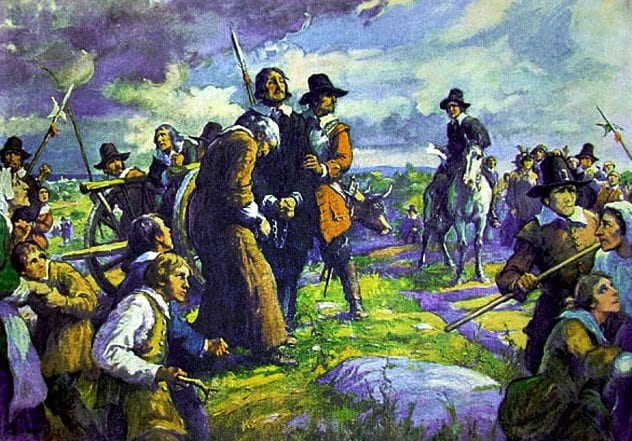 George Burroughs, a Harvard graduate and supposed witch ringleader, was called to serve as one of the first Puritan ministers in Salem Village in 1680. Four years earlier, Burroughs had been forced to flee his previous home in Falmouth (present-day Portland) following Native American attacks.

Burroughs’s survival of several massacres and his perceived ties to Native Americans and Satan led some members of Salem Village to suspect him of witchery. On May 4, 1692, Burroughs was forcibly dragged from his home in Wells, Maine, and subsequently jailed.

On the day of his execution, he was paraded through the streets of Salem to the noose that ended his life. In a brave final statement, Burroughs proclaimed his innocence and recited the Lord’s Prayer with strength and composure, drawing tears from spectators who unsuccessfully called for the halt of his execution.

To date, scholars see Burroughs as the sole person executed for his religious beliefs as opposed to the vivid and delusional imaginations of the Massachusetts colonists.