Every year, millions of tourists flock to castles in Europe and the United Kingdom to get a glimpse of the history, romance, and decadence of a bygone era. Recent archaeological excavations have revealed that many of these castles have their own mysteries as well. Here are ten excavations that uncovered the remains of a castle’s past resident. Their identities are still a mystery. 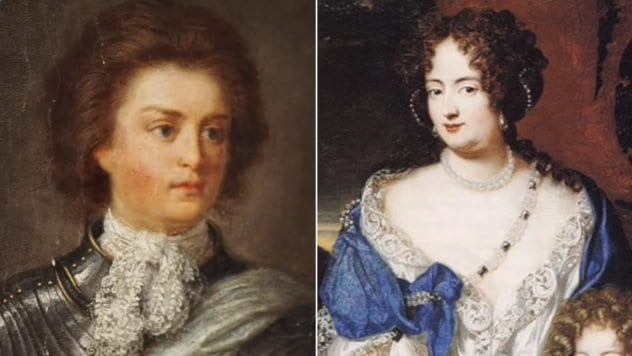 In the summer of 2016, construction workers discovered a skeleton hidden in Leine castle. There was no record of a burial, so archaeologists were called to the scene. Experts from Lund University agree that the skeleton is a few centuries old, but its identity is still a mystery. A missing persons case from over 300 years ago could be the missing piece of the puzzle.

Count Philip Christoph Konigsmarck disappeared from the castle 322 years ago. According to love letters that were found, the count was having an affair with Princess Sophia Dorothea.

Unfortunately for the lovers, the princess was already married to Prince Georg Ludwig. According to the letters, the couple planned to elope during the summer of 1694. Before they could run away together, however, the count vanished without a trace. Scientists hope to solve the mystery by comparing DNA from the skeleton to the count’s living relatives. 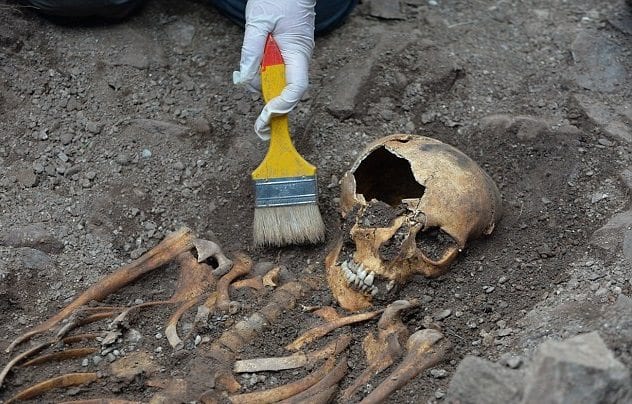 Hillsborough Castle has had an important role in Irish history. The castle was built in the 18th century by the Hill family, who were involved in politics. At their height, they owned more land than any other family in Ireland. After the Irish Free State Act in 1922, the castle became the official residence of the governor of Northern Ireland. Since then, the castle has seen many renovations and important guests, including Queen Elizabeth and Princess Margaret.

When plans were made for a construction project at Hillsborough Castle, archaeologists got permission from the government to excavate the property before construction began. They were looking for the remains of a 15th- or 16th-century church, so they were very surprised when they found a 1,000-year-old skeleton. With no records going back to that time and no grave markers, there is no way of knowing who the woman was. 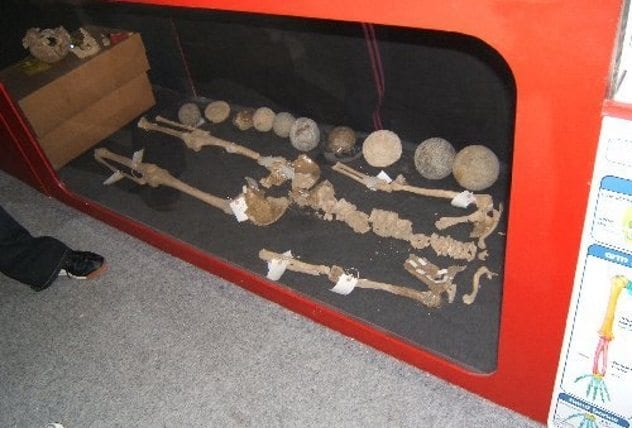 While excavating Aberystwyth Castle on the coast of Wales, archaeologists found human remains buried in a suspicious way. It was not a traditional burial, since the skeleton was found under the floor of the castle. The cause of death is still a mystery, but it appears that the skeleton belonged to a young man who died around the time of the English Civil War.

During the 17th century, battles between Royalists and Parliamentarians resulted in death and destruction all over England, Wales, Ireland, and Scotland. Aberystwyth was a battleground from 1645 to 1646, and the castle fell under siege. Archaeologists believe the young man died in the castle and was buried there because of the siege. 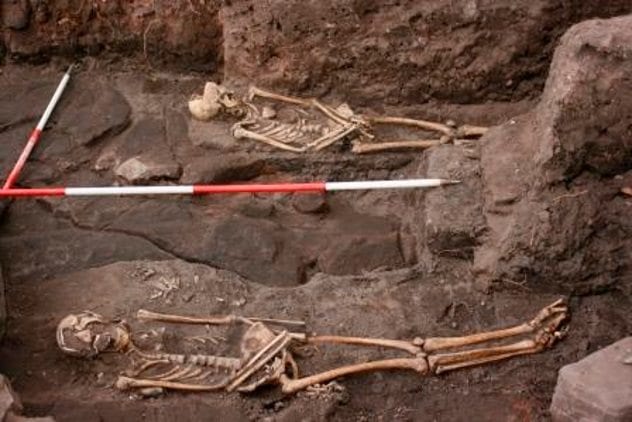 Halton Castle of Cheshire, England, is one of few Norman castles left in the country. It was built in the 11th century as a defensive post, taking advantage of a hilltop location. The castle was occupied until the English Civil War, when it was besieged twice. In the 17th century, a courthouse was built in the ruins of the castle, which still stands today.

In the summer of 2015, volunteer excavators were shocked to find two skeletons at Halton Castle. The castle’s history is well-documented, but there was no mention of any burials on the grounds. The skeletons are believed to be the remains of a man and woman who lived 400 years ago. While archaeologists have determined that the man’s legs were broken while he was alive, the identities of the skeletons remains a mystery. 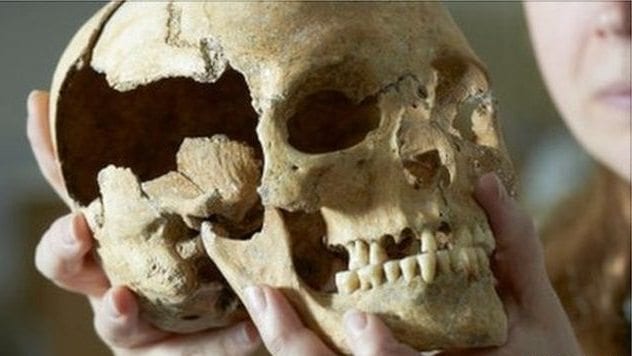 During the late 13th and early 14th centuries, the Scottish Wars of Independence raged between the Kingdom of Scotland and the Kingdom of England. Famous uprisers like William Wallace and Robert the Bruce emerged during this time and became legendary. The battles and raids were brutal on both fronts, leading to death and destruction in Scotland and Northern England. There were several sieges on Stirling Castle, a stronghold of strategic importance to both English and Scottish forces.

A single unidentified skeleton is shocking enough, but when archaeologists found the remains of nine people in Stirling Castle, they had their work cut out for them. While excavating the oldest part of the castle in 1997, the research team found the remains of seven men, one woman, and one infant. The remains have been radiocarbon dated to the 13th through 16th centuries, which suggests that these people may have died during the sieges. One man’s skeleton has more than 100 fractures, while the woman’s skull was crushed, possibly with a mace or similar weapon. Researchers have not been able to establish any identities, but it is believed that the people were of a high social status since they were buried inside the castle. 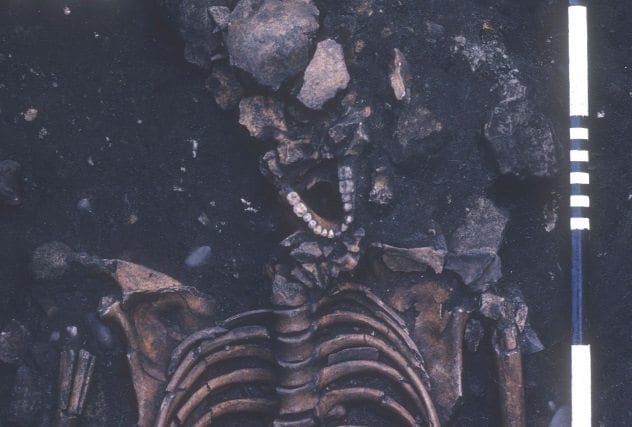 Photo via My Nottingham News

In 1978, excavations at England’s famous Nottingham Castle uncovered a partial skeleton. Because only part of the skeleton was found, researchers couldn’t determine the sex or precise age of the individual. Sadly, it was confirmed that the skeleton did not belong to Robin Hood. Researchers believe the bones are the remains of an army captain killed in the castle during the English Civil War.

According to a book written by Lucy Hutchinson, whose husband was governor of Nottingham during the war, several Royalists were taken prisoner and beaten. These prisoners of war fought back, ultimately killing a young Parliamentarian captain. The location of the skeleton and limited pathological evidence are consistent with Lucy Hutchinson’s memoirs. Further excavations over the winter of 2016 recovered the rest of the skeleton, which is being analyzed by archaeologists and radiocarbon dating experts at Oxford University. 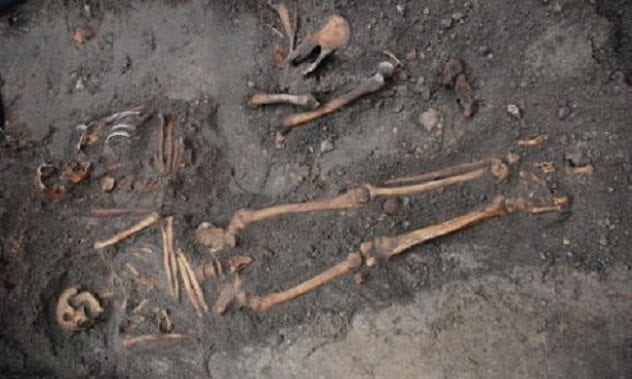 Not all people buried in castles died in violent clashes. It is believed that the 12 skeletons discovered at Kalmar Castle in Sweden were probably victims of infection or plague. During repairs of the castle walls in March 2015, archaeologists were allowed to search the area. It was during this inspection that these skeletons were found.

Preliminary analysis suggests that three of the skeletons belonged to children and that the remaining nine were adult males. According to tests, these people lived up to 500 years ago, which is consistent with records of a plague in Kalmar. In 1620, Kalmar Castle was supposed to host the royal wedding of Gustav II Adolf to Maria Eleonora. Unfortunately, the plague swept through the town, so the wedding was moved to Stockholm. 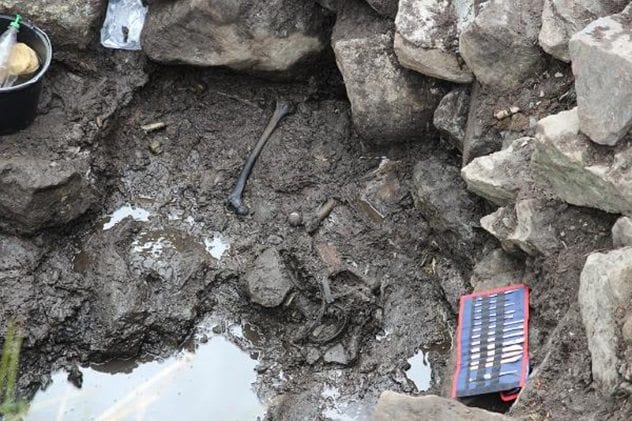 Photo credit: The Norwegian Institute for Cultural Heritage Research via Past Horizons

There are many outlandish stories included in the Viking sagas, and archaeologists have managed to verify at least one of them. One saga told of how a castle was seized by the Baglers, who were members of the Norwegian aristocracy during the 12th century. According to the saga, the intruders ruined their captives’ water supply by throwing a dead Viking warrior into the castle well.

In 2014, archaeologists located the well described in the saga and retrieved a partial skeleton from the bottom. Radiocarbon dating puts time of death at the end of the 12th century. The siege took place in 1197. More excavations are planned to recover the remaining skeleton and to search for more information. 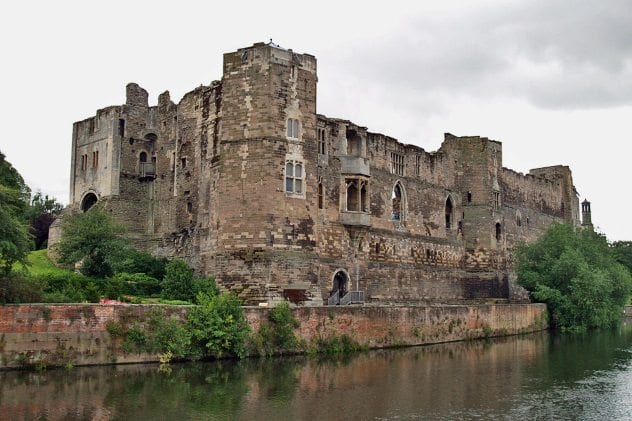 Newark Castle was an imposing fortress in its day, perched on the bank of River Trent. It was built in the 1130s by Bishop Alexander, and much of the structure was destroyed during the English Civil War. The western wall still stands three stories high, but the internal structure has long been demolished. The site was settled long before the castle was built, however. Bronze Age, Iron Age, and Roman artifacts have been recovered from the site.

During the 1990s, archaeologist John Samuels headed an extensive project that unearthed a Saxon cemetery on the castle grounds. With the help of volunteers, the research team was able to locate 53 graves. Radiocarbon dating confirmed the burials to be late Saxon, and researchers believe them to be Christian due to an absence of burial goods. 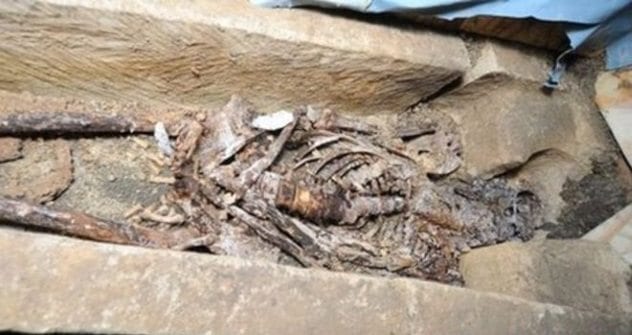 In 2013, archaeologists working at Lincoln Castle made an exciting discovery. While excavating the castle’s foundation, they found the remains of an ancient Saxon church. In the remains of this ancient church, they made an even more exciting find: a limestone sarcophagus that was buried at least 1,000 years ago. An intact sarcophagus from this time period is rare, since they’re usually destroyed or at least damaged by layers of construction over time. A sarcophagus indicates high social status, and this was confirmed by pieces of leather shoes that were still on the skeleton’s feet.

I am an archaeologist, working my way through the Southwestern United States. I have worked on ancient Maya sites in Central America and prehistoric Native American sites in the US, and I’m just itching to work in Europe.