Every upscale hotel worth its salt has a concierge. This is an employee whose entire job exists to make life easier for visiting guests. Normally, a concierge’s duties might involve such basic tasks as making someone’s dinner reservations, arranging transportation, or providing advice on where to visit while in town.

However, some concierges (many of whom are members of the elite, worldwide Les Clefs d’Or organization) go above and beyond the regular call of duty in their work. These dedicated professionals will fulfill any request—even the most seemingly impossible—as long as it is morally, legally, and humanly possible. Naturally, this means that on occasion, they get a request that is unique, unusual, or even completely insane, to say the least. Should you ever find yourself in need of any of the following, just let the staff at the front desk know. 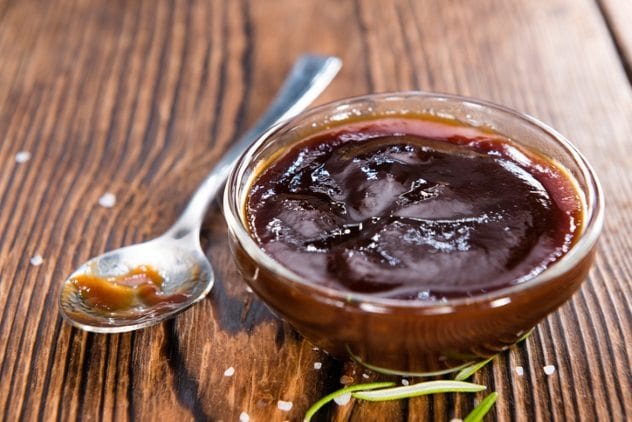 Some of the most common tasks that concierges perform involve food. They’re experts at knowing where to go and what to eat, and they can even order a meal for you if you so desire. In one case, a very dedicated New York concierge named Burak Ipecki went out of his way to oversee the procurement of a meal that took place in a completely different country.

The story began when Ipecki was tasked by a wealthy guest to track down and order a specific brand of barbecue sauce. While this would normally be an easy task for a concierge, the requested sauce was only made in small batches by a company in Louisiana. On top of that, the guest wanted his sauce shipped not directly to him in New York but to his home on an island in the Caribbean. It seemed that the guest’s garden party, which he was hosting the very next day, simply could not proceed without it. Ipecki used the network provided to him through his membership in Les Clefs d’Or to contact the barbecue sauce company, procure the desired condiment, and have it shipped roughly 3,200 kilometers (2,000 mi) overnight. 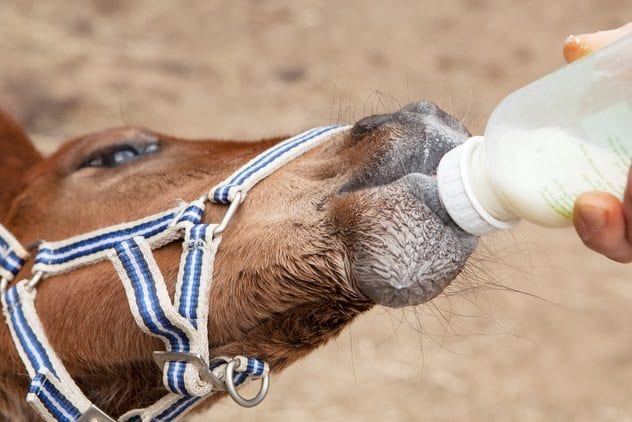 Providing a guest with milk is something that hotel staff do every day, usually at breakfast. However, Simon Thomas, the head concierge at the Lanesborough in London, once had to fulfill an extremely unusual milk-related request.

One day at work, Thomas was contacted by a guest who asked for milk—mare’s milk, specifically—to be provided in great quantities. No, the guest was not extremely thirsty or desirous of a milk bath. The guest actually needed the mare’s milk to feed a hungry foal that had been sadly orphaned while its owner was away. Thomas managed to source the milk, all 50 kilograms (110 lb) of it, and have it sent to the guest’s farm.

8 Flowers For The Princess 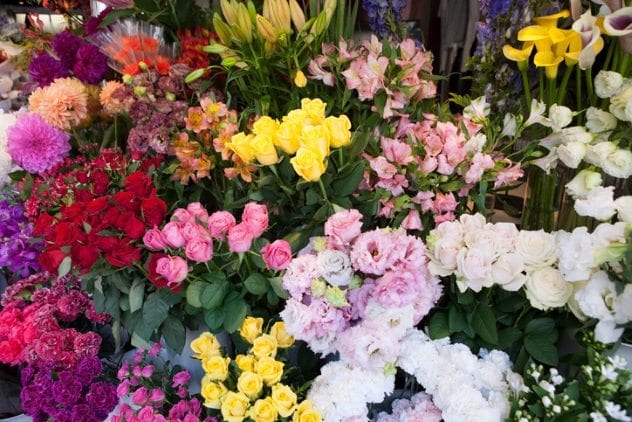 Not many people are happy to work during the holidays, but concierge Mary Stamm of the Rosewood Mansion in Dallas, Texas, made a little Christmas magic happen thanks to her efforts and Les Clefs d’Or contacts.

One Christmas Eve, “the king of a certain country” requested that a princess staying at the Mansion be welcomed to her suite with elaborate flower arrangements. Even though most florists were closed at the time, Stamm still managed to purchase a store’s entire inventory of flowers and have them brought to the mansion, where a hired designer created and arranged exotic floral art for the princess and her group. 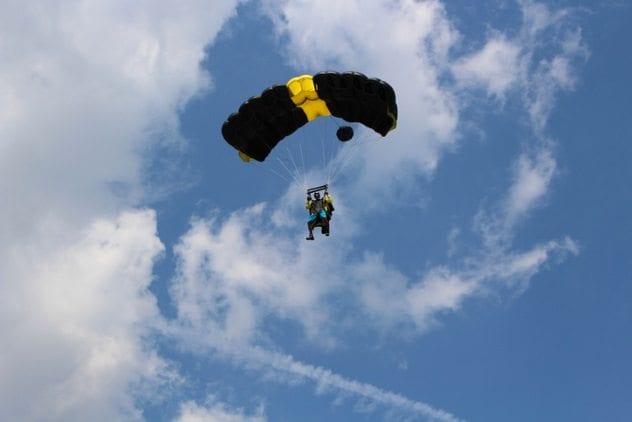 Checking in to a hotel is usually a simple task that involves walking up to the front desk, showing identification, and receiving your room keys. However, Geneva-based concierge Jonathan Schmitt recalls a very different check-in that he was asked to plan. This unusual arrival began when a guest contacted the hotel and described his desire to land by parachute on Lake Geneva, in front of the hotel.

Schmitt went right to work, carefully researching the legal and safety requirements to make this dramatic entrance go off without a hitch. He even went so far as to contact Geneva city authorities in order to acquire the necessary permits. Unfortunately for the guest (and also for spectators in the Lake Geneva area), the price tag of 100,000 Swiss francs for one James Bond–like stunt proved too expensive.

Although the guest’s “grand entrance” was canceled, Schmitt’s work proves just how far a dedicated concierge will go. “We never say no,” he said. “We find out a way, and we inform the guest.” 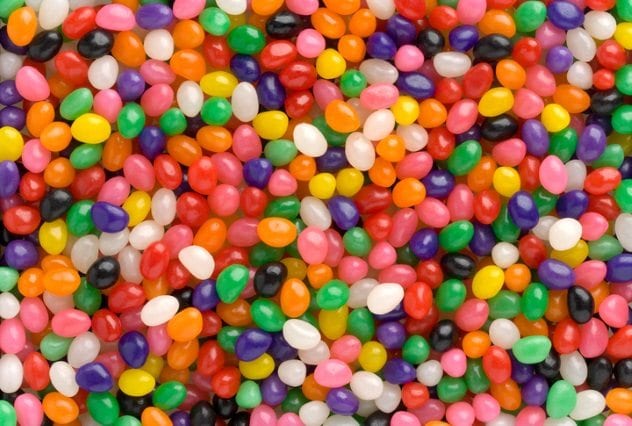 Some celebrities are known for having unusual requests when it comes to their hotel rooms or concert dressing rooms. Usually, this is to ensure that the organization accommodating the celebrity actually reads the contract in a thorough manner, although it can also be a display of the asker’s wealth and power. For example, in 1982, the band Van Halen was famous for requesting that a bowl of M&M’s be provided for their consumption—with the caveat that all the brown ones had to be removed by hand.

Concierge Hugo Grand of Montreal once personally experienced the eccentricity of the rich and famous when he catered to a very particular celebrity client. Describing it as “one of the most bizarre requests [he has] ever handled,” Grand was asked to fill the celebrity’s bathtub with jelly beans. It must have been an enormously large tub, as Hugo reported having to contact almost every candy store in Montreal to get enough to fill it completely. Once the beans were ordered, he then had to send members of the hotel’s bell staff rushing all over town to collect each order. Fortunately, no one had to pick out certain-colored jelly beans by hand. 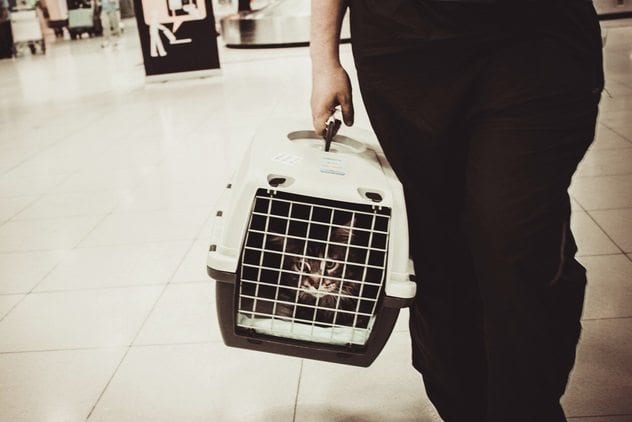 For many people, pets are a part of the family, so being separated from them can be difficult. This was especially true one day when a man approached New York concierge Frederick Bigler with a sad story about his cat. Bigler himself was used to assisting upset guests—even to the point of offering them his own clothing during “last minute fashion emergencies”—but this request stretched his capabilities.

The guest told Bigler that he was moving to China and wanted to take his pet cat. Unfortunately, he had not filled out the proper paperwork to do so, and as a result, he was facing the prospect of leaving his beloved animal behind. Bigler accepted the task and immediately set out to make sure the cat got to the vet for vaccinations while sorting out international paperwork and re-reserving the guest’s flights to include an extra, four-legged passenger. Thankfully, Bigler managed to complete everything in time for the guest’s next-day flight. “It was a bit of a race against time,” said Bigler, “but I was able to reunite the ‘family.’ ” 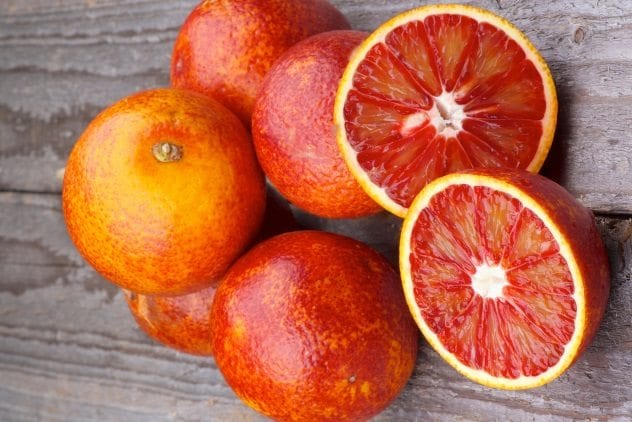 A concierge will most likely refuse a task if it is illegal or immoral. However, this doesn’t mean that a little legal gray area rules your request out completely. One such tale of a slightly under-the-table operation overseen by a resourceful concierge involves, oddly enough, the importation of fruit to Mexico.

The story begins when Michael Romei, chief concierge at New York’s famous Waldorf Astoria hotel, was approached by a guest who worked as a film industry investor. He told Romei that he was attempting to get real blood oranges on the set of the movie Blood Orange, which was filming in Cuernavaca, Mexico. Unluckily for the filmmakers, the importation of blood oranges into Mexico was illegal at the time.

But customs and international law can’t keep a good concierge down. After purchasing the required number of blood oranges in New York, Romei then hired a private flight to deliver them to Mexico City. He had a fellow Clefs d’Or member in Mexico pick up the illicit fruit so that it would not be discovered by customs agents. According to Romei, the filmmakers had their blood oranges on the set the very next day.

3 A Most Unusual Wedding 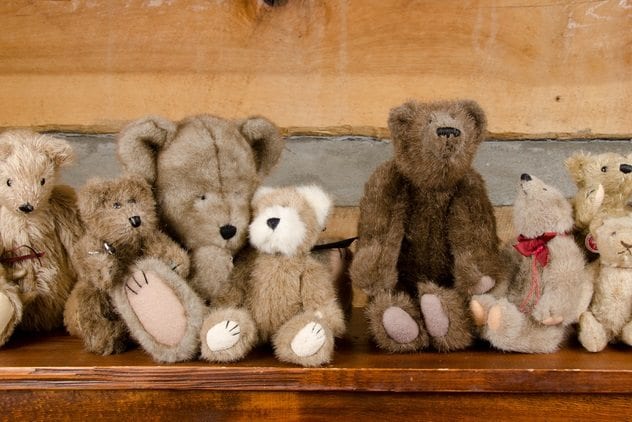 Planning a wedding can be a stressful task for everyone involved. That is why many couples hire a wedding planner to streamline the process and make their special day enjoyable. While it may sound strange, many hotel concierges can plan weddings and arrange proposals with the best of them, using their connections and influence to find just what the bride and groom are looking for. One concierge-arranged proposal at New York’s Muse Hotel involved redecorating a hotel room to match an iconic proposal scene from the television show Friends. While the couple went to dinner, the concierge went to work filling the room with “hundreds of tea lights, red roses, rose petals, and Champagne.”

Sandra Newman, chief concierge at Emirates Palace in Abu Dhabi, has also experienced her share of romantic proposals and weddings. However, she has also overseen the preparations for one “wedding” that she has never forgotten. This request came from a couple who were celebrating the impending marriage of two of their teddy bears. Newman reported that on the day of the wedding, each of the over 25 bears in attendance were seated by name and provided with a celebratory piece of pizza. “This was a serious affair,” said Newman. 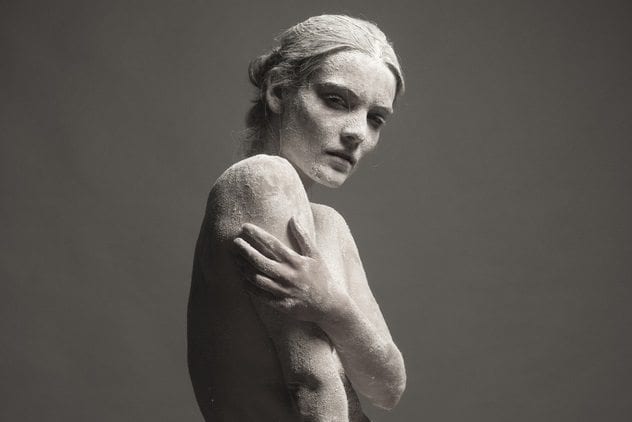 The famous saying goes that, “What happens in Vegas stays in Vegas.” True to form, there certainly are some outrageous things happening in Vegas. So when you need to plan a wild bachelor party, get a babysitter for your children, purchase and ship a tractor to Africa, or all of the above, why not get your chipper, always helpful concierge involved?

Jered Hundley, lead concierge of the Palms, is no stranger to the weirdness that goes on in Sin City. In addition to all of the above (including the bit about the tractor) Hundley has also been asked if he could help a man find an artist to make a plaster mold of his girlfriend’s body. Apparently, once the mold was made, this budding art enthusiast wanted to “fill it with butter for a sculpture.” Unfortunately, Hundley never said if the guest went through with his plan or if he decided to immortalize his girlfriend in some other unusual way. 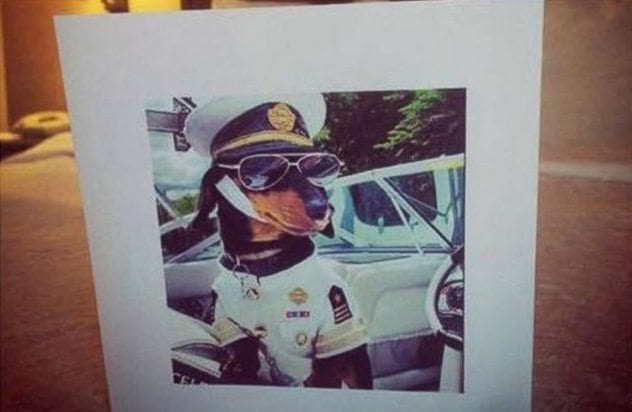 A life of traveling for business may seem glamorous, but it likely has a lot more downtime than one would expect. And while we do live in an age of entertainment and smartphones, some travelers still need a little help from their hotel staff to stave off boredom and find something interesting to do. That is standard fare in the day of a concierge. However, businessman Sean Fitzsimons took the idea of hotel hospitality to a whole new level with some of his wacky requests.

After having traveled to Salt Lake City from Denver every other week for over four years, Fitzsimons decided to start asking the now-familiar hotel staff for a few little amusing extras to spice up his day. His first request was asking the staff to draw a picture of him and place it in his room. From there, his requests got wilder and more inventive.

One time, he asked for a pillow fort to be constructed on his bed. Another time, he asked for pictures of Alfonso Ribeiro and Jeremy Jackson to be placed in the room, arranged so that they appeared to be looking at each other. Yet another time, he wanted a picture of a dog dressed like a boat captain. Fitzsimons says that hotel employees enjoy these humorous challenges and that he often is asked when the next one will be made.

The author has stayed at a lot of hotels but has never requested anything quite so crazy. He also loves trivia and is working on a graduate degree in agriculture.

10 People With Disturbing Tales To Tell