We generally associate most companies with specific goods and services. For instance, we associate Shell with oil, Nokia with phones, and Nintendo with games. But these companies and a host of others never started in the niches they’re famous for today. In fact, some predate their niches and only got involved due to bizarre reasons. 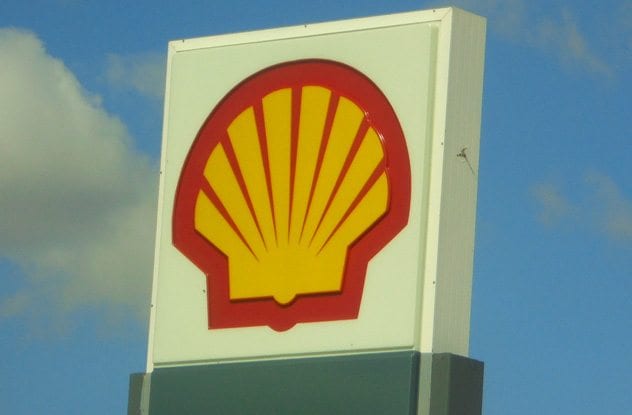 The history of Royal Dutch Shell can be traced to 1833, when London shopkeeper Marcus Samuel started importing oriental shells—which was used for interior designing—from the Far East. By 1886, the business was in the care of his children, Sam and Marcus Samuel Jr, who added rice, silk, copper, and chinaware to their imports. They also exported machines and textiles to Japan and the Far East and traded in wheat, sugar, and flour.

The brothers later developed interest in the oil trade and became the first to transport oil in tankers. By transporting oil in tankers and not barrels—as was common then—the duo could transport more oil at once, reduce leakages, and sell at a cheaper price. The brothers called their new oil transport company “The Tank Syndicate,” which they changed to Shell Transport and Trading Company in 1897. 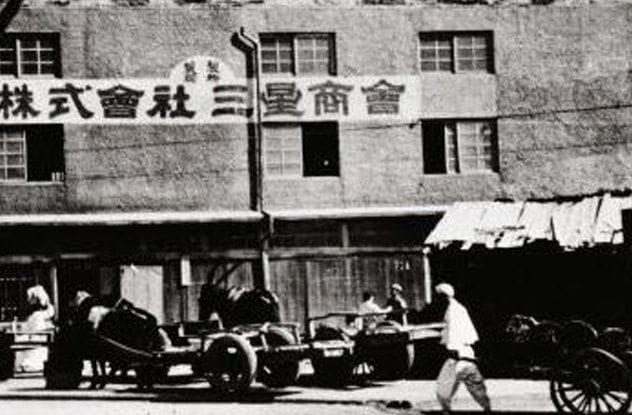 In March 1938, Lee Byung-chull—with capital of just $27—opened a grocery store and a small company in Taegu, Korea. The company was called Samsung, and it focused on the importation and exportation of dried fish, vegetable, and noodles. Later on, it moved into sugar refining, insurance, security, and textiles. At one time, Samsung even owned the biggest textile mill in the whole of Korea.

Samsung sold off some of these subsidiaries in 1993 to focus on electronics, engineering, and chemicals. Today, Samsung is a conglomerate of 80 companies that are into electronics, telecommunications, construction, shipbuilding, medicine, and finance. 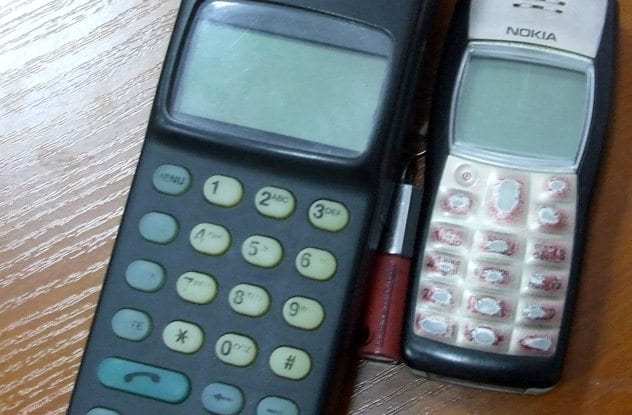 Nokia traces its history to 1865, when engineer Fredrik Idestam opened a paper mill in Tammerkoski Rapids, Finland. Six years later, Idestam opened another paper mill on the banks of Finland’s Nokianvirta river, which inspired him to name his company Nokia Ab.

With time, Nokia Ab went into electricity generation and was acquired by Finnish Rubber Works, which itself was acquired by Finnish Cable in 1922. The three companies operated as different entities until 1967, when they were merged to form the Nokia Corporation, which focused on producing toilet paper, car tires, rubber shoes, bicycles, and computers.

Nokia started its foray into mobile phone production in 1979, when it went into partnership with Salora to form Mobira Oy. Mobira Oy’s first product was the 10-kilogram Mobira Senator, which was the first ever car telephone. Nokia Corporation acquired Solora in 1984, and three years later, it launched the Mobira Cityman 900, the world’s first mobile phone. 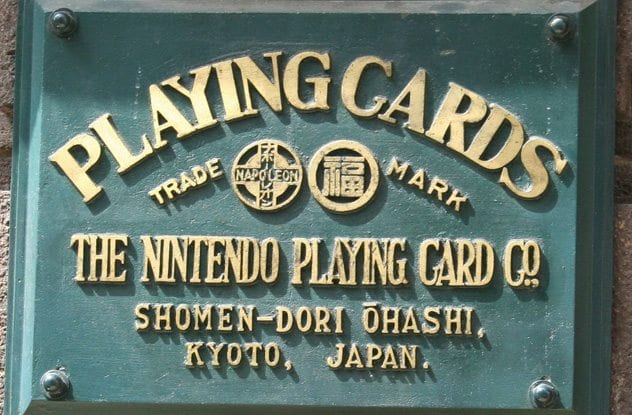 Nintendo’s higher-ups soon got skeptical about the future of playing cards and tried looking into other sources of income. They launched a love hotel with windowless rooms where couples could have a quick getaway and a taxi company. They also produced instant rice and vacuum cleaners, all of which were unsuccessful.

The playing card industry later got saturated, as expected, and Nintendo almost went bankrupt. It was only saved by its highly successful Ultra Hand toy that functioned like the extension of an arm and allowed people pick things that were beyond arm’s length.

Nintendo took interest in the gaming industry when it became the official distributor for the world’s first game console, the Magnavox Odyssey, in Japan. It later focused on making games for consoles until 1983, when it released its first video game console called the Family Computer (Famicom), which was later remodeled and renamed Nintendo Entertainment System (NES). 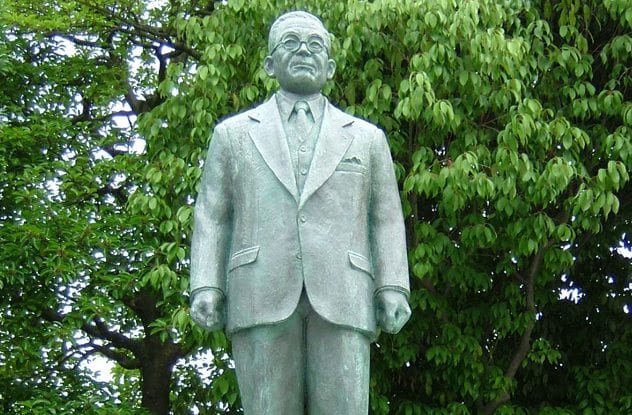 Toyota is the brainchild of Japanese engineer Sakichi Toyoda, who made Japan’s first mechanical weaving machine in 1897. Toyoda acquired patents for his inventions, and in 1918, he created Toyoda Spinning and Weaving to create threads for his machines.

In 1926, he created Toyota Automatic Loom Works (now Loom Works) to focus on making weaving machines, while Toyota Spinning and Weaving concentrated on making threads for the machines. In 1927, he began mass production of his new G-Type weaving machine, 25 of which could be operated by one worker at once. Two years later, he sold the patent rights for his G-Type machine in all other countries excluding Japan, China, and the United States, to the Platt Brothers of Britain for 100,000 yen, which he gave to his son, Kiichiro, who invested it in researching into automobiles.

The automobile division was under Loom Works, and it made its first car, which contained parts from Chrysler, Ford, and Chevrolet, in 1935. It also released its first truck the same year, and the next year, it changed its name to Toyota for easier pronunciation. In 1937, Toyota Motor Corporation was separated from Loom Works. Meanwhile, Loom Works remains in business and still produces weaving machines, air-conditioner compressors, and forklifts. It also produces engines for Toyota vehicles. 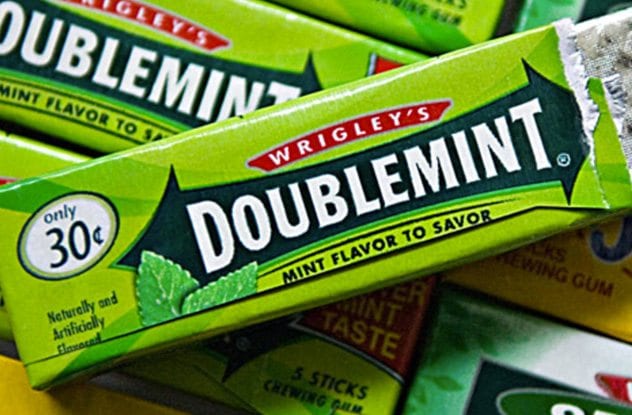 Famous for its chewing gums, Wrigley was started by William Wrigley Jr in 1909. Before then, he worked as a salesman for his father’s soap business. Wrigley Jr gave free umbrellas to whoever bought his soap, but the umbrellas faded in the rain, so he switched to giving free baking powder. The baking powder proved more popular than the soap, so he dumped soap-selling to sell baking powder.

He did not want to give free soap to whoever bought his baking powder, so he gave out chewing gums, which, like the baking powder, turned out more popular than the soap. Wrigley saw a business in selling chewing gum, and in 1909, he bought Zeno Manufacturing, the company that supplied him with the chewing gums and converted it into the Wm Wrigley Jr. Company. 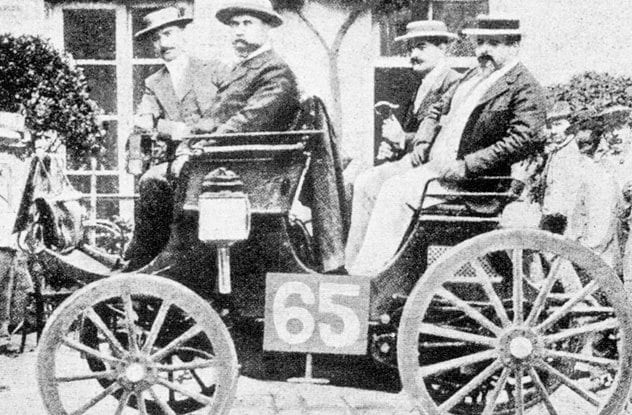 In 1810, brothers Jean-Pierre and Jean-Federic Peugeot converted their flour mill into a steel mill to produce saw blades, coffee grinders, and pepper grinders. These products are the source of their distinctive logo—the lion with open jaws—that they used to symbolize the strength of their grinders. They soon moved into making crinolines (deadly dresses held together by steel frames) and later, umbrella frames, wheels, bicycles, and later vehicles. 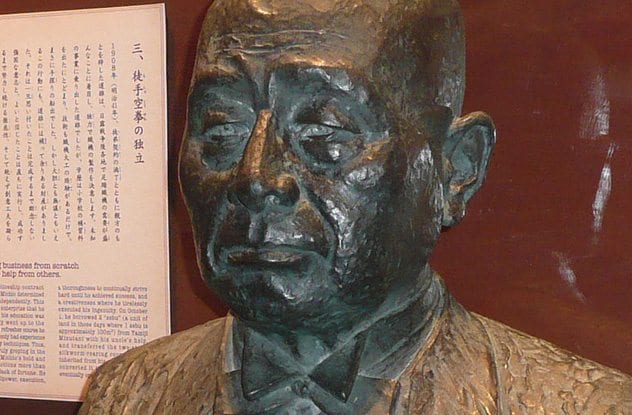 Suzuki made its first prototype car in 1937 and released its first car four years later. During World War II, it was repurposed by the Japanese government to produce war materiel and only continued making its weaving machines after the war.

The weaving machine market crashed in 1951, and Suzuki, which was at the brink of bankruptcy, quickly returned to making automobiles. In 1952, it released a motorized bicycle, which was so successful the Japanese government provided it with subsidies to produce more bicycles and motorcycles. This formed the basis of the Suzuki Motor Corporation, which separated from the Suzuki Loom Manufacturing Company in 1954. Hasbro—the world’s second-biggest toy maker after Mattel Inc.—was founded by the Hassenfled brothers in 1923. The brothers called it Hassenfeld Brothers Incorporated and dealt in selling fabric leftovers. Later on, they started using the leftovers to make pencil box covers, which they sold alongside their pencils.

In 1930, their suppliers increased the price of their pencils and started making pencil boxes, which they sold at a lower price. Not wanting to be thrown out of business, the Hassenfeld brothers started manufacturing their own pencils and later toys, which they considered school supplies.

By 1968, they changed their name to Hasbro Industries and fragmented the company. One focused on making toys, while the other focused on making pencils. The two were always at loggerheads, most especially because the toy division got more funds than the pencil division, which brought in more profits. Hasbro also diversified into running nurseries and making cookware, but neither was profitable. So, they sold off the pencil-making division and concentrated on making toys. 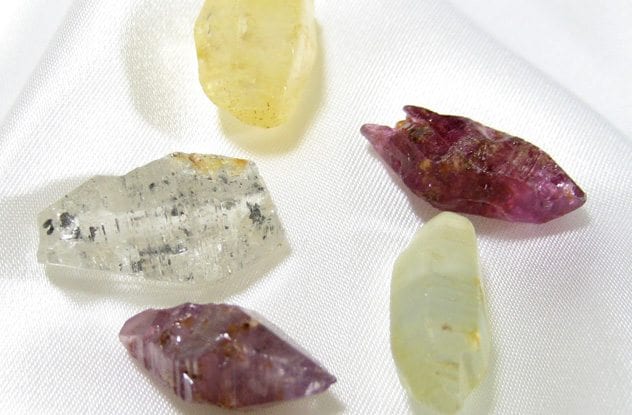 In 1902, five entrepreneurs founded today’s American conglomerate 3M in Two Harbors, Minnesota. They did not found the company to produce the over 50,000 goods it produces today. Rather, they founded it to mine corundum, which they wanted to process and sell as sandpaper. This is evident in its original name: the Minnesota Mining and Manufacturing Company, which was shortened to 3M in 2002.

The entrepreneurs soon found that the supposed mineral was not corundum but a useless rock. Undeterred, they went on to import another mineral that gave them a product of lower quality. In 1905, at the verge of bankruptcy, businessmen St. Paul and Lucius Pond Ordway pumped $25,000 into the company in exchange for 60 percent ownership.

This allowed the entrepreneurs to improve and expand their sandpaper business, and they soon delved into producing masking tape, cellophane tape, post-it notes, and floppy disks. The new businesses were a success, and today, 3M is active in several industries, including communications, office supplies, health care, security and transportation.