Evolution literally means “change over time,” and it is an ongoing process for all organisms. As species evolve, other organisms often need to evolve in kind or end up on the sad side of history.

Humans have had such an impact on the global environment that we have forced other species to evolve in ways to ensure their survival. This phenomenon is called “human-induced evolution.” This list compiles 10 examples of animals that have had to alter their appearance, behavior, mating habits, and even their forms just to survive in a world dominated by Homo sapiens. 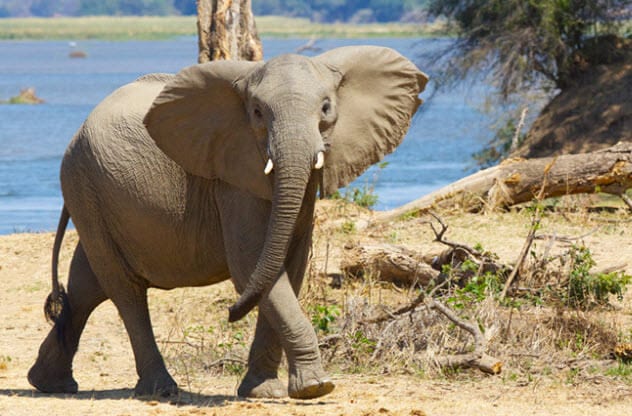 Elephants are the largest land animals still living on the planet, but their size is little defense against poachers hunting their ivory tusks. Even with laws in place for over 100 years to protect elephants, their numbers have diminished significantly in the wild.

To combat this threat, elephants have begun to evolve without tusks. In 1969, only around 10.5 percent of all Zambian elephants were born with a mutation that prevented the growth of tusks. By 1989, a peak time in ivory poaching in Zambia, that number rose to 38.2 percent.

The lack of tusks makes any elephant an unlikely target for poachers and may help the elephant survive the catastrophic slaughter that has afflicted it for millennia. 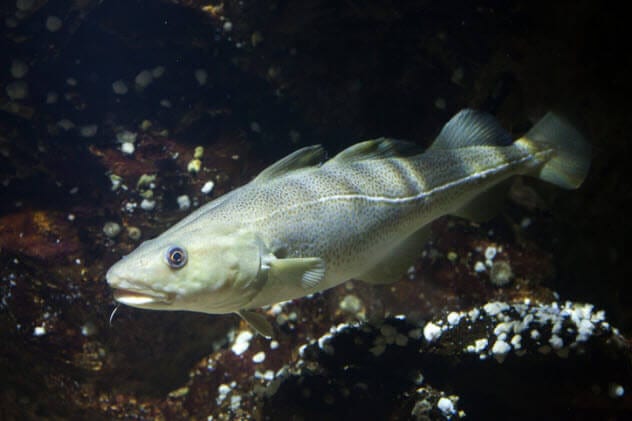 The Atlantic cod was one of the most overfished species of fish in the ocean until a moratorium went into place to protect the species from extinction. Since then, the species has not fully recovered but there has been a significant change in its size and mating habits.

Due to humanity’s insatiable appetite for the delicious fish, we tend to catch them at a certain size and throw back any fish that are not yet mature. Previously, the fish would begin their reproductive cycle at six years when it was significantly larger than it would be at, say, five years.

Five years is exactly when the fish are now beginning their reproductive cycles. They have evolved to increase their sexual maturity by more than 16 percent so that they have a better chance of producing offspring before they become too large and appetizing for a human who happens upon them. 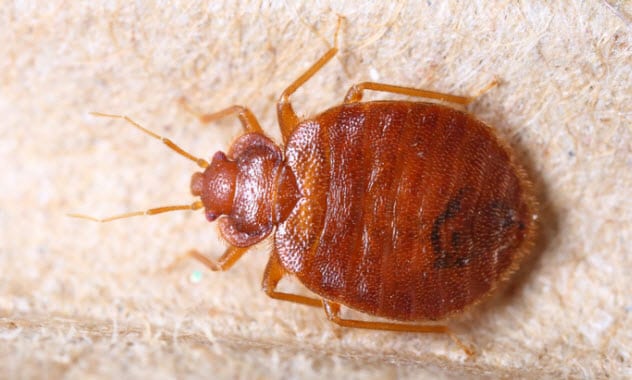 Nobody likes bedbugs. That’s clear since we rarely enjoy animals feeding off us while we sleep. But thanks to evolution, we have a tough time killing them.

Bedbugs have evolved to become more resistant to the pesticides we have created to deal with them. They have increased the thickness of their exoskeletons and have mutated other natural defenses in response to the poisons we use.

There are several types of bedbugs. But the ones that feed off humans have evolved very differently from the ones that primarily feed off bats and other mammals. As a result, their evolution has clearly been concurrent alongside humans in order to continue to make our lives hell. 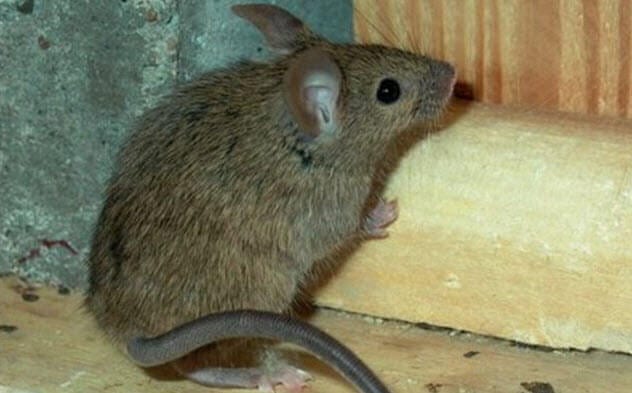 The primary poison used to kill pesky mice is called warfarin, and it is used throughout the world. Humans have been trying to kill off mice since agriculture began and the little rodents latched onto us. But a new hybrid species has evolved a resistance to our favorite choice of poison.

Typically, a hybrid animal, such as a mule, cannot reproduce. But this new hybrid has decided that reproduction was probably a good idea. A German mouse and an Algerian mouse have combined their genetic forces to create an adaptation called “point mutation” to survive warfarin.

This makes the poison essentially useless in dealing with this type of mouse, which will likely breed the mutation into other populations of mice. As a result, they will become even harder to exterminate. 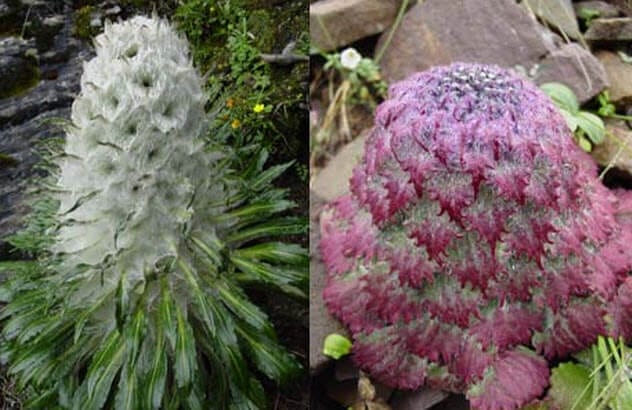 The Tibetan snow lotus has evolved in a manner called “human-induced dwarfing.” This means that the plant has evolved in such a way that it grows a shorter stalk, keeping it lower to the ground.

The reason for this is because we tend to pick those flowers that are longer and subsequently higher off the ground than others. When they are harvested, the largest blossoms are taken while the smaller ones are left to continue to grow.

This has forced the plant to evolve so that we might not pick it. The average height has shrunk by more than 10 centimeters (4 in) over the past century. The evolutionary strategy is not entirely working since we tend to pick them anyway. Although the plant is endangered, it may yet survive now that we are attempting to protect the species. 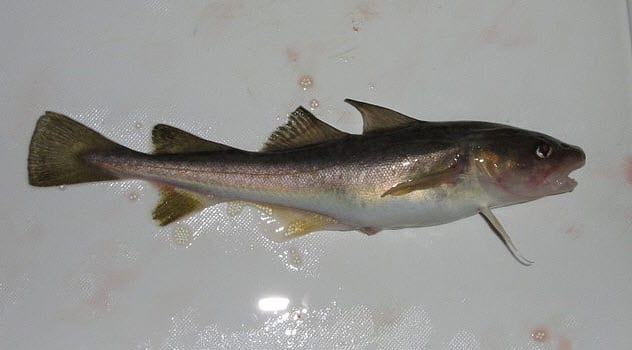 We have never been really good about keeping our natural waterways clean. We pollute the oceans, seas, lakes . . . well, you get the idea. In the Hudson River, one of the most polluted and heavily trafficked waterways in the world, a fish has been forced to adapt or die.

The Atlantic tomcod is a small, bottom-feeding fish that has evolved at a rapid and observable pace to become immune to the toxic effect of PCBs. These chemicals, once found in electrical insulators, were banned in the 1970s. (LINK 16) According to Isaac Wirgin, an environmental toxicologist, “This is very, very rapid evolutionary change.”

Instead of taking thousands to millions of years for these fish to evolve, we have seen a change occur in only 20–50 generations. Unfortunately, this rapid evolution might prove to be the Atlantic tomcod’s downfall. As companies work to remove PCBs from the Hudson River, they might end up creating an environment no longer suitable to these little fish. 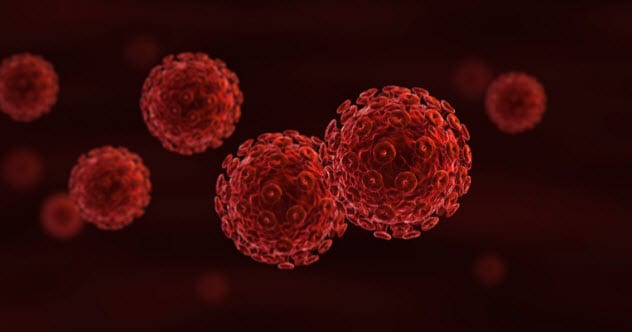 There’s a reason that scientists and doctors have yet to create a vaccine to stop the spread of human immunodeficiency virus (HIV), and it has everything to do with evolution.

When it comes to viral evolution, there doesn’t seem to be another that evolves as diligently and easily as HIV. One viral cell of HIV can spawn billions of copies in a single day, and it does so very sloppily. This means that the virus mutates a lot when it duplicates.

Mutations are the driving force in evolution. As HIV evolves so quickly and reproduces at lightning speed, it evolves faster than it can be treated. With evolutionary changes altering the genetic makeup of the virus, treatment is difficult. This has always been a problem when treating pathogens like HIV. But with any luck, we will find a way to finally kill this bug like we have so many others. 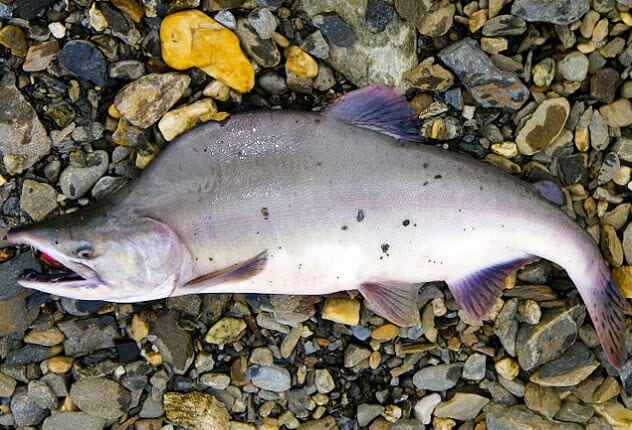 Humans have had a significant effect on the environment, and it is forcing a lot of species to evolve or swim off into the ocean in the sky. The pink salmon is one such species that has had to change its behavior (and DNA) so that it migrates earlier in the year.

Salmon have to swim upriver before it gets too hot, or they will die before they can spawn. Since the climate has become somewhat erratic, several generations of pink salmon have lost a specific genetic marker that caused migration later in the year.

As the fish with this marker die out, the remaining population of fish swim upriver much sooner. This may actually help the species survive the ever-changing environment. Environmental changes have always been a means of jump-starting genetic changes in species, but we are now seeing this in animals due to human activity impacting the environment. 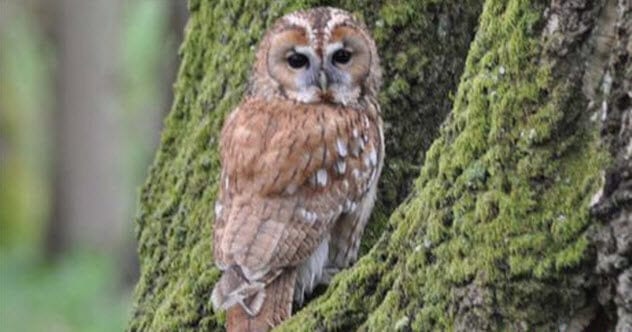 While we are on the subject of how human-induced climate change is affecting species around the world, we couldn’t skip mentioning these adorable little owls. A recent study of a tawny owl population has shown that plumage coloration is a highly heritable trait, easily passed down to offspring. Due to changes in the climate, the owls have begun to turn brown.

In the species, gray is the dominant feather color. But populations have been turning brown as a result of the increasing temperatures of a warmer climate. The changes that have increased the number of brown owls have also helped them to thrive.

Darker-colored birds in the past were found to have a higher mortality rate during particularly cold winters. But with the winters getting shorter and with warmer temperatures, the population of tawny owls, which are becoming browner in color, is booming. 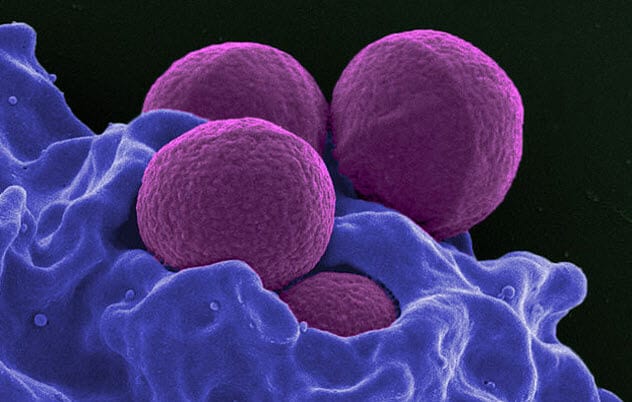 One of the most frightening problems facing mankind today isn’t nuclear war or even a giant asteroid smashing into the planet. It’s the fact that our antibiotics aren’t working anymore. Okay, that’s not entirely true. But due to the fact that doctors have over-prescribed antibiotics in the past, bacteria have evolved to resist them.

This is a serious problem. Think about the life expectancy of humans before we discovered penicillin. Yeah, not a pretty picture. The difficult-to-pronounce methicillin-resistant Staphylococcus aureus (MRSA) is a bacterium that is getting harder to treat in humans.

Due to natural selection and horizontal gene transfer, these little buggers are becoming immune to antibiotics. They began as a hospital-acquired infection, which is an infection that spreads in hospitals due to the prevalence of open wounds. MRSA has since spread into the general public and is becoming a serious medical concern. Remember to wash out your cuts and scrapes so you don’t have to deal with this.