The earliest days of film were a time for experimentation, education, and innovation. As this was an emerging art form, many of the laws and regulations governing modern films and television weren’t yet in place. These are some of the earliest and worst accidents to have occurred in the film industry before those laws were established. 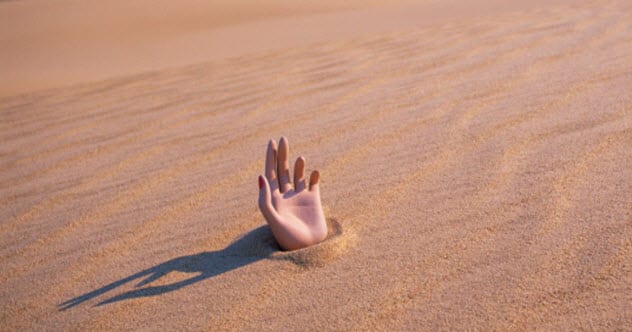 One of the earliest recorded examples of a terrible accident on a film set occurred with the 1914 film, Across the Border. Little is known about this silent Western except that it starred leading man Edmund Cobb and had one of the more tragic early deaths of Hollywood.

Filming was done on location in the Arkansas River in Colorado. Grace McHugh, 26, was the lead actress of the film and a local from Golden, Colorado. While reshooting a scene with her horse fording the river, McHugh was thrown into the current when the horse lost its footing.

Owen Carter, the cinematographer, immediately jumped in after her and pulled her to a sandbar. The crew initially thought they were saved. But it turned out to be quicksand, and the two quickly drowned.[1]

Filming had already been completed, so both McHugh’s and Carter’s work was shown in the final product.

9 Such Men Are Dangerous 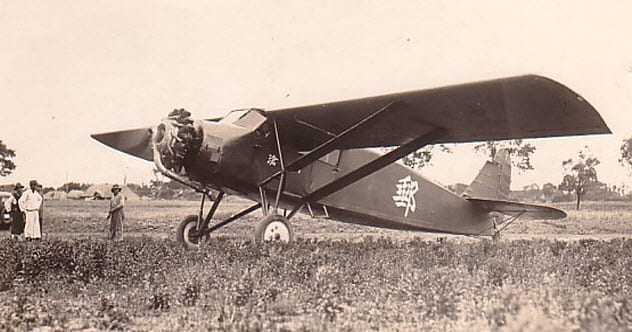 Such Men Are Dangerous was a 1930 drama based partly on the disappearance of Belgian financier Alfred Loewenstein over the English Channel. As a result, the plot of the film required extensive plane use over the water, which resulted in the deaths of 10 people.

The crew was filming a parachute jump scene off the coast of Southern California when the wingtips of two Stinson Detroiter aircraft collided. This caused the planes to swing together and crash, exploding and killing everyone aboard—including director Kenneth Hawks and two military pilots. Out of the 10 dead, five bodies were recovered.[2]

As with Across the Border, the accident didn’t impede production and the film was released on schedule. However, this event confirms a shocking statistic: The deaths of cameramen outnumber those of stunt people 4 to 1.

8 The Warrens Of Virginia 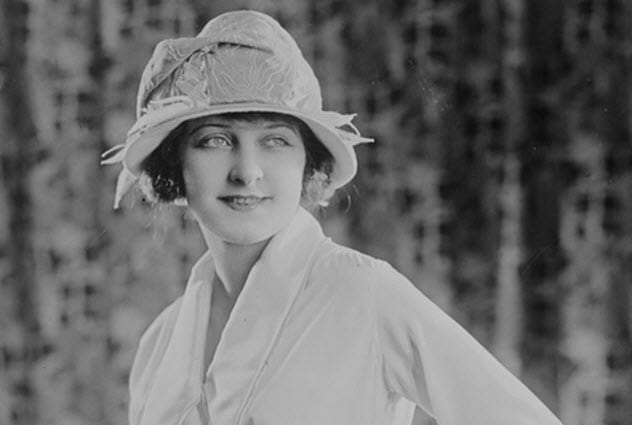 The next tragedy occurred on the set of the 1924 adaptation of The Warrens of Virginia. The film was a period piece that took place during the US Civil War, a detail that resulted in the death of 24-year-old lead actress Martha Mansfield.

During a scene break, Mansfield was sitting in the back seat of her car when a lit match was tossed in her direction, easily igniting her ruffled hoopskirt. Most of her body was burned by the time actor Wilfred Lytell threw his overcoat on her.

The injuries were severe. Mansfield’s chauffeur was badly burned while tearing the dress from her body, and Mansfield herself succumbed less than 24 hours later in the hospital from severe burns and general toxemia.[3]

The actress had prior vaudeville experience and was fresh off the success of 1920’s Dr. Jekyll and Mr. Hyde.

7 The Valley Of The Giants 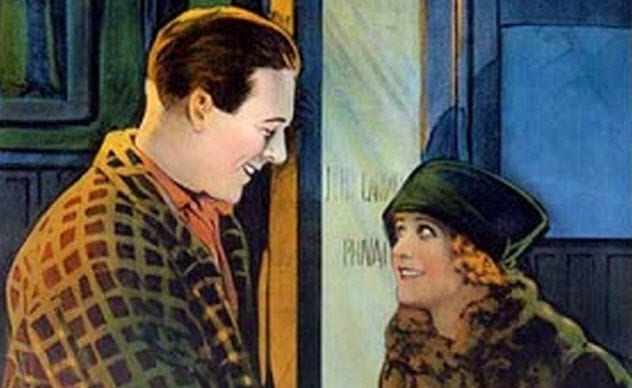 The unfortunate story of actor Wallace Reid is indicative of the lesser knowledge of set safety and drugs in early Hollywood. During the filming of the 1919 film The Valley of the Giants, Reid was injured in a train crash in Oregon. He cut his arm to the bone, injured his back, and eventually required six stitches for an 8-centimeter (3 in) laceration on the top of his head.[4]

To keep up with the incessant demands of filming at the time, Reid was given increasing quantities of morphine for the pain. Gradually, he became addicted as movies became longer and shooting schedules more frequent.

Drug rehabilitation programs and drug addiction education was not prominent back then, so Reid eventually succumbed to his morphine addiction. He died in a sanitarium in 1923 at age 31.

Another case occurred in 1923 with the filming of Souls for Sale. Actress Barbara La Marr injured her ankle and was prescribed morphine and cocaine to cope. In addition to alcohol abuse, La Marr developed nephritis and tuberculosis. She died three years later. 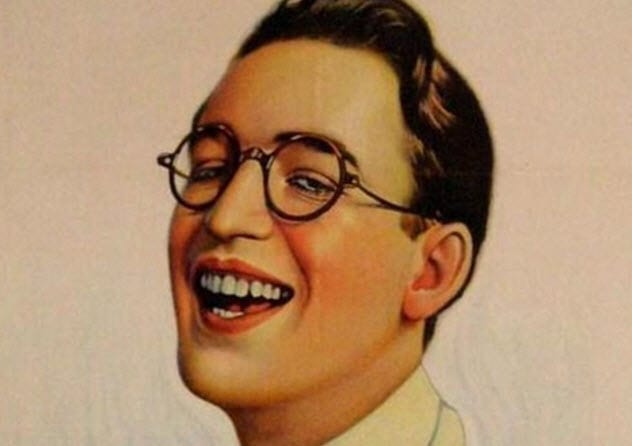 The production of this 1920 comedy film was halted due to an accident involving lead actor and comedian Harold Lloyd. While taking publicity shots at the start of filming in August 1919, Lloyd, perhaps most famous for his film Safety Last, posed with what he believed to be a prop bomb with a lit fuse.

The bomb turned out to be real and exploded in his hand. It burned his face, temporarily blinding him, and resulted in the loss of the thumb and index finger of his right hand.[5]

Lloyd, however, was a good sport about the accident. He said that “the pain was considerable, but trivial compared with my mental state” and resumed filming in January 1920.

He was fitted with a glove with artificial fingers and kept the accident unknown to the public. Lloyd didn’t do this for vanity but because he felt that people should genuinely want to watch his films. He didn’t want an audience who came out of pity or sympathy.

5 The Charge Of The Light Brigade 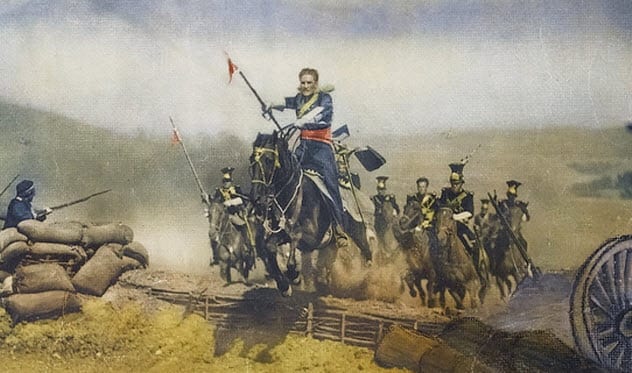 Accidents in the early days of film didn’t happen exclusively to humans. Before regulations were adopted, many animals were treated poorly or died as a result of unsupervised filming practices.

The 1936 film The Charge of the Light Brigade engaged in unnecessary inhumane treatment of animal actors. It was filmed in Mexico to avoid some scrutiny from animal rights laws.

The final climactic scene of the film involved the use of a “running W” (a type of trip wire) to make several horses trip and fall. This caused numerous injuries—from broken legs to broken necks. Of the 125 horses that were tripped, at least 25 were killed or had to be put down afterward.[6]

This wasn’t an isolated incident, however. Three years later, a horse with blinders was filmed riding off a cliff in Jesse James. The climax of 1925’s Ben-Hur also resulted in an exorbitant loss of 100 horses.

Nonetheless, the deaths of these animals weren’t all in vain. Scenes like the one in The Charge of the Light Brigade prompted the Society for Prevention of Cruelty to Animals to ban the use of trip wires in films. It also paved the way for organizations like the American Humane Association to monitor animal treatment in films from then on.

Additionally, one extra in The Charge of the Light Brigade was killed when he fell on a prop sword bent upward that punctured his side. 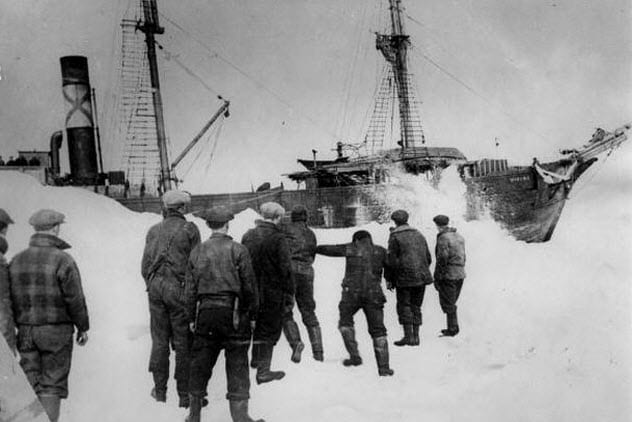 The 1931 film The Viking had plenty of impressive footage of ships, was the first movie to record sound and dialogue on location, and shockingly didn’t even contain Vikings. However, it is likely better known for an accident that resulted in the largest loss of human life in film history.

Director Varick Frissell had noticed after a screening that the film needed more establishing shots from the Newfoundland Grand Banks, particularly the Labrador ice floes. Setting out with a small crew, he joined the SS Viking, a featured ship in the film, on their annual seal hunting expedition.

However, they got trapped in ice near the Horse Islands on March 15, 1931. Shortly after, an explosion in the rear of the ship ended with the deaths of at least 27 men. The survivors either trekked over ice to land or were rescued by other ships.[7]

Again, the tragedy didn’t stop the film from being released. With the addition of an introduction with interviews and explanations, the finished film served as both a visual documentation of the Labrador area and a commemoration of those involved in the tragedy.

In addition to being one of the first epic attempts at a biblical story, the 1928 film Noah’s Ark involved a climactic scene that proved damaging to cast members.

Michael Curtiz’s grand-scale depiction of the Great Flood involved the liberal use of over 2.3 million liters (600,000 gal) of water. As one would expect, injuries and subsequent tragedy were similarly immense.

Three extras drowned in the ensuing chaos. One person injured his leg so badly that it had to be amputated, and 35 ambulances had to attend to the rest with broken limbs and other serious ailments.[8]

As with The Charge of the Light Brigade, the accident with Noah’s Ark prompted the passage of some of film’s first safety laws. 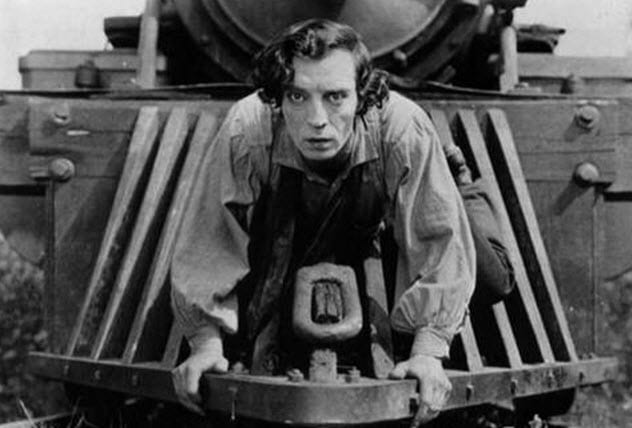 Buster Keaton was no stranger to stunt work for his comedy films. With prior experience in vaudeville, Keaton was an expert in physical comedy, doing most of his own stunts with his signature deadpan expression. This earned him the nickname, “The Great Stone Face.”

In an iconic scene from Steamboat Bill, Jr., the 2-ton framework of a house topples forward on the actor, only for him to remain unscathed because of a tiny window opening. (A nail in the ground provided the mark on which he stood.) Another time when filming Sherlock Jr., the actor was knocked to the ground, only to find out 11 years later that he had fractured his neck.

But the most accidents in Keaton’s career occurred on the set of 1926’s The General. A surprisingly historically accurate movie, many scenes were filmed with real muskets and explosions. Some of them injured National Guardsmen who were hired as extras.

Keaton was knocked unconscious when standing too close to a live cannon, and assistant director Harry Barnes was shot in the face by a blank round (but thankfully not hurt).

However, the worst injury occurred when Fred A. Lowry, a train brakeman, had his foot run over by one of the car wheels. Lowry blamed the vehicle’s lack of safety features (the cars were altered to look like authentic Civil War cars) and sued Keaton for $2,900 for the accident. [9]

1 The Wizard Of Oz 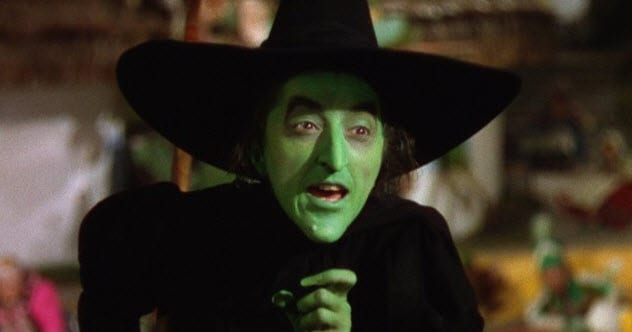 The 1939 film The Wizard of Oz was groundbreaking for many reasons: its beautiful use of Technicolor and special effects, its cultural impact on children and adults alike, and its lasting impact on the LGBT community. However, even a landmark film wasn’t free from the lightly regulated days of Hollywood accidents.

Buddy Ebsen was the actor initially signed to portray the Tin Man in the film. He had already recorded all his songs and begun filming when his accident occurred. Ebsen required hospitalization after complaining of lung cramps and labored breathing, which was caused by aluminum dust from his Tin Man makeup.

Despite going on to star in the hugely successful TV show The Beverly Hillbillies, Ebsen suffered from complications from the aluminum dust for the rest of his life. He attributed it to “that damned movie.”

The other serious accident befell Margaret Hamilton, the Wicked Witch of the West. While filming her pyrotechnic-filled escape from Munchkinland, her trapdoor exit was delayed. A real burst of fire shot up, causing her to sustain second-degree burns on her face and third-degree burns on her right hand. She needed six weeks to recover. But she refused to sue, returning only under the stipulation of “no more fire work!”

Hamilton’s stunt double, Betty Danko, was injured during the skywriting scene. Her smoking broomstick prop exploded, permanently scarring her legs. Then many of the flying monkey actors were injured when their wires snapped and they plummeted to the set. Even Terry, the dog actor for Toto, wasn’t safe. One of the witch’s guards stepped on his leg and broke it.[10]

Fortunately, we didn’t get the adaptation L. Frank Baum wrote initially. Then the movie would have involved more dismemberment, head stealing, and murder.

Thatcher is a storyteller in a variety of ways. You can check out his early blossoming YouTube channel here or simply email him at [email protected].