As the warmer months settle in, the predators that exist beneath the water’s surface begin to stir. Lakes create the ideal environment for bacteria, parasites, and other pathogens to breed and thrive. It is understood and accepted that there is a great deal still unknown about Earth’s submarine organisms. However, what scientists and researchers do know is arguably just as frightening. 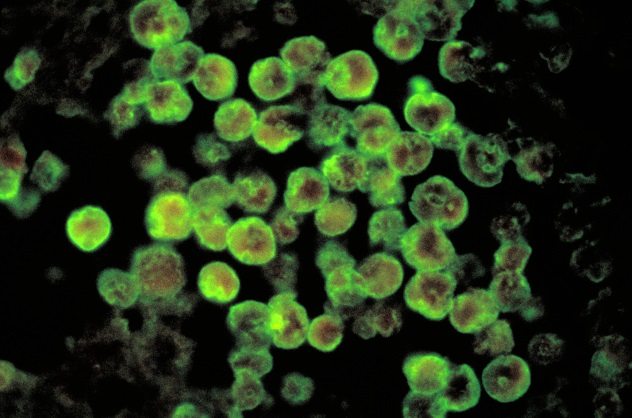 A friendly, and presumably harmless, microscopic blob is probably what comes to mind when most people hear the word “amoeba.” Harmless is certainly not a defining characteristic of Naegleria fowleri, however. Claiming the lives of almost everyone it infects, this is no friendly blob. Of the many different species of the genus Naegleria, Naegleria fowleri is, fortunately, the only one that poses a threat to humans.

Unlike most things in lakes that can harm us, this single-celled organism must enter the body through the nose. This aspect sets it apart from other threatening life-forms. Once it enters the nose, it travels up the nasal cavity, a one-way ticket straight to the brain. As the amoeba reaches the brain, it begins to feed on brain tissue. With that in mind, it’s no surprise that Naegleria fowleri is fatal in 97 percent of cases. It is consistently misdiagnosed until symptoms begin to worsen, as said symptoms, including headache, stiff neck, and vomiting, eerily resemble those of bacterial meningitis.

Naegleria fowleri is a thermophilic organism, meaning that it thrives on heat. It is most commonly reported as being found in lakes, rivers, and hot springs. There have also been cases of people becoming infected from poorly chlorinated swimming pools. Statistically, infection with Naegleria fowleri is rare, but that doesn’t make it any less dangerous. To date, there are only three people who’ve survived it in the United States.[1] 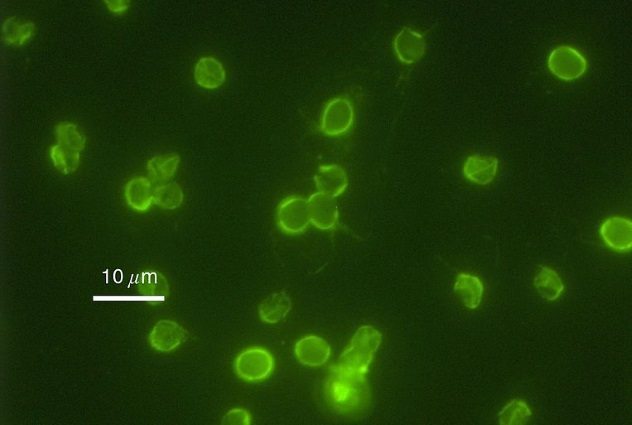 Sounding like the name of a psychological thriller, the thought of this parasite entering one’s body from swallowing lake water could cause anyone to lose their mind. Cryptosporidium, or “Crypto,” is a genus of microscopic parasite that calls human and animal intestines home. Characterized by a hard outer shell, Crypto is hard to combat, as it can thrive both within the intestines and outside in places such as lakes. It can survive even in treated and chlorinated water sources.

Crypto is one of the top recreational water illnesses, frequently responsible for sending youngsters and water enthusiasts to the doctor. Crypto causes severe diarrhea, which is also how it is spread. The parasite lives in the feces of those infected, just another reason people should never go swimming if they have diarrhea. If an infected person has a bout of diarrhea in the water, that water will become contaminated with millions of germs, including Crypto and friends.[9] 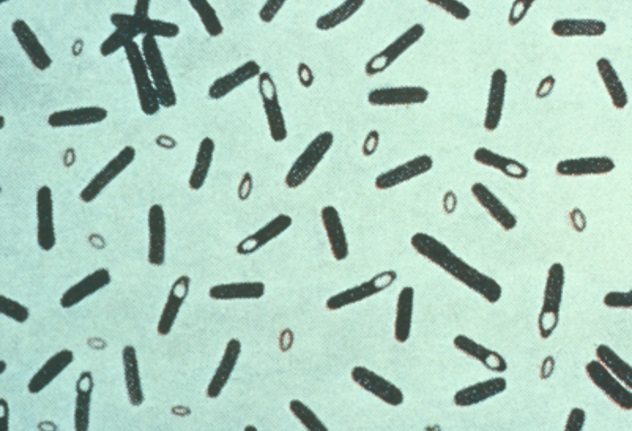 Clostridium botulinum bacteria occurs quite frequently in water birds and fish. When these infected creatures die, their diseased bodies infect the water source, thus putting other animals and humans at risk for poisoning. About 20 percent of cases of botulism are thought to be due to the bacteria’s spores entering an open wound.[3] The remaining cases are the result of drinking water that has been contaminated with the spores. Clostridium botulinum cannot be passed from person to person, only through water, open wounds, and food.

Botulism is largely associated with food, but it is in no way comparable to more typical instances of food poisoning. Nevertheless, with around 145 cases each year, it is all too prevalent, and it can be life-threatening. Symptoms include difficulty swallowing or speaking, facial weakness, blurred vision, trouble breathing, and paralysis. 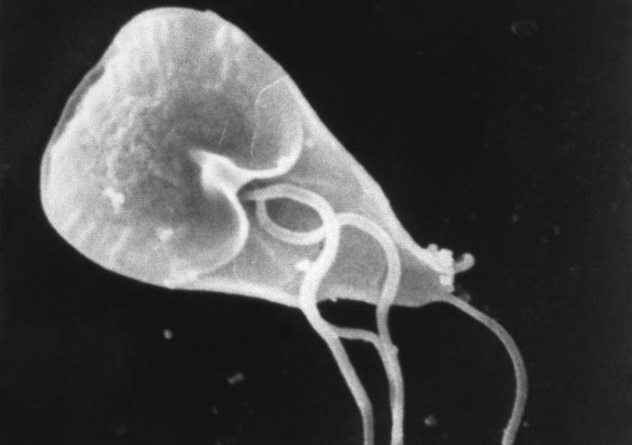 Giardia is a genus of microscopic parasite that causes infections within the small intestine, known as giardiasis. People are more familiar with Giardia than other parasites, as it affects approximately three million people every year, making it one of the leading causes of waterborne disease.[4]

This parasite is ingested by the host, normally by swallowing lake water or untreated drinking water. Giardia is seen in mass numbers in countries that lack proper water filtration systems. Fatigue, nausea, and diarrhea are associated with giardiasis. Even though the symptoms don’t sound grueling to most, they can prove to be fatal for those living in poverty and areas with limited medical technology and care centers.

Within poorer countries, complications from this infection are all too common. In young children, dehydration from chronic diarrhea quickly turns to malnutrition, which then spirals to damaging physical and mental development. A lasting side effect is lactose intolerance, which has been documented to persist even after the infection has been cleared. 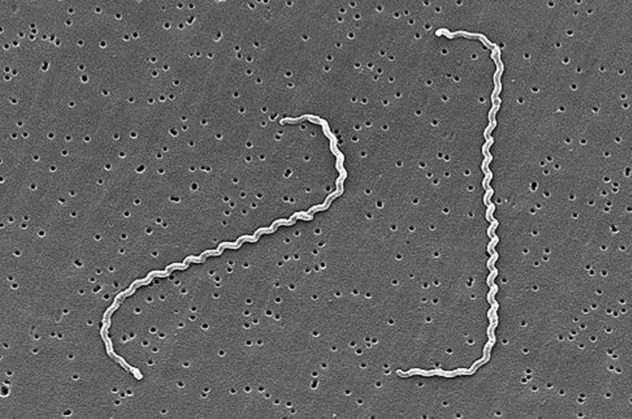 Leptospira bacteria, which cause leptospirosis, are transmitted through the urine of infected animals. Cattle, pigs, horses, dogs, and even wild animals, to name a few, are capable of being infected with the bacteria. Animals may show no symptoms and may excrete the bacteria for up to several years. How lovely.

What makes Leptospira even scarier is that it doesn’t even have to be ingested; it breaches the human body with ease through the skin or mucous membranes. The ability to be contracted through the skin takes the possible dangers of swimming in lakes to a new height if all one has to do wade in the water to become infected.

The results of leptospirosis are damaging, and most well-known symptoms are far from friendly. Kidney failure, meningitis, liver failure, and death are often associated with it. Even the more “mild” symptoms aren’t mild. Many experience fever, chills, myalgia, jaundice, and hemorrhaging into the skin or mucous membranes.[5] 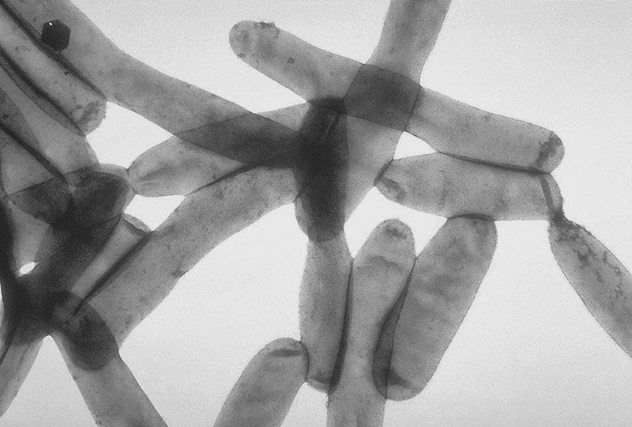 Legionellosis, or Legionnaires’ disease, was named after an outbreak that occurred in the late 1970s at an American Legion convention. It was then that this new type of pneumonia was identified. Luckily, researchers have been able to observe Legionella pneumophila and learn that the bacterium is found naturally in fresh water.

People can become infected with the bacteria by merely breathing. Water that is contaminated can spread in droplets small enough to be inhaled. Aspirating or swallowing contaminated water is another way in which people may become infected. Severity varies from case to case. Some show mild symptoms; others can find themselves on the brink of death due to the bacteria. It is estimated that one out of ten people infected will die.

The symptoms appear to almost like mono at first, as victims typically experience things like weakness, fatigue, and loss of appetite. Those who see the more severe side of Legionnaires’ may be left with neuromuscular and neurological symptoms even after the infection has cleared.[6] 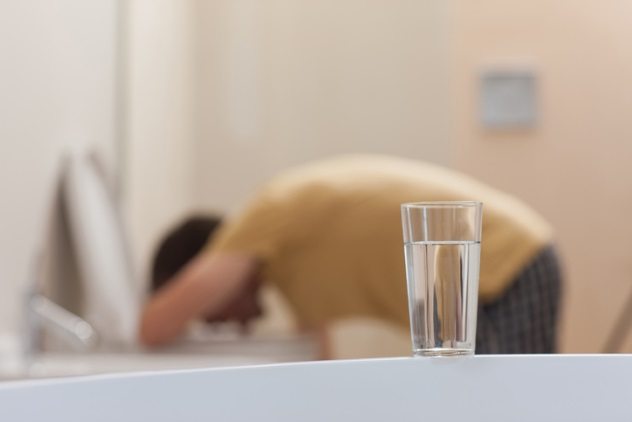 People commonly refer to norovirus as a stomach bug or the “cruise ship bug.” Since it’s a virus, it can spread quickly, infecting everything that it comes into contact with. In the years spanning from 1978 to 2010, norovirus was the second leading cause of illness outbreaks from untreated water.[7] Norovirus can survive in water for several months or, in some cases, years.

It only takes but a few hours before the full effects of norovirus infection begin to take action. Symptoms regularly only last about three days and subside without any medical treatment. It is known to cause inflammation of the stomach and intestines. Those in poverty-stricken areas are at risk for severe dehydration. Children are also at higher risk to be infected, since, let’s be honest, what don’t they put in their mouths? 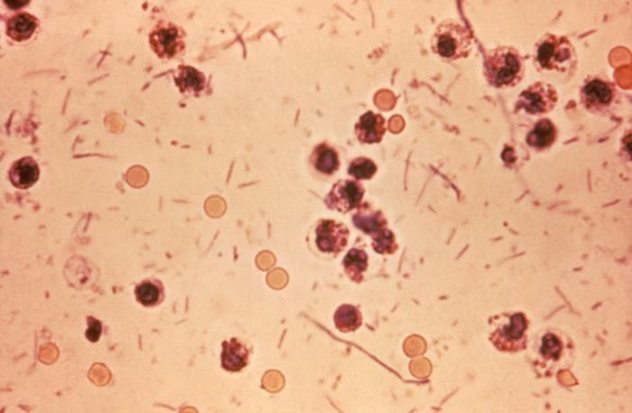 Shigella is a genus of bacteria that causes a diarrheal disease known as shigellosis. This bacteria is responsible for about 500,000 cases of the poops annually, just in the United States. The moral of the story: Don’t touch feces, and don’t swallow lake water.

Shigella is another one of those nasty bacteria that hide in the feces of those infected with the disease. Water sources are often tainted by things such as people pooping or improperly disposed-of diapers finding their way to water. You guessed it: Symptoms unmistakably include diarrhea (which is often bloody), abdominal pain, stomach cramps, and fever.

There have been some complications that victims of this disease have exhibited. Postinfectious arthritis, bloodstream infections, and hemolytic-uremic syndrome (HUS) have all been observed as difficulties of shigellosis. HUS is a severe and sometimes deadly complication often associated with recreational water illnesses. It occurs when bacteria enters the digestive system and produces a toxin that destroys red blood cells, often causing bloody stool and ultimately resulting in renal failure.[8] 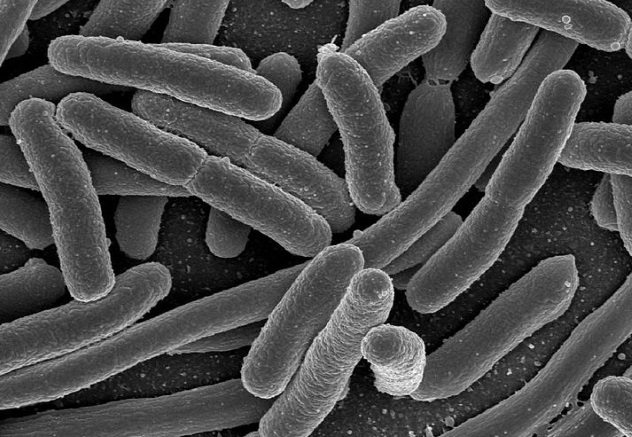 Escherichia coli is a bacterium that was first detected in infants with digestion issues. Everyone carries around 1,000 E. coli cells per gram of feces in the gut, meaning that some strains are good bacteria.[9] Most healthy people don’t experience any issues with this organism that calls their gut home.

There are only a few specific strains of E. coli that are of any cause for concern in humans, but even the smallest amounts of these strains can cause sickness and pose a serious threat to health. The origins of contamination can come from a variety of outlets. Agricultural runoff, wastewater treatment plants, fecal matter, and septic systems are all potential sources of E. coli. Lakes and rivers can become contaminated when rain washes contaminated water into them.

The symptoms range from moderate to extreme. Gastrointestinal, skin, ear, and eye issues are frequently experienced with E. coli infection. It can also cause respiratory and neurological complications in the most severe of cases. HUS is also associated with the bacteria. 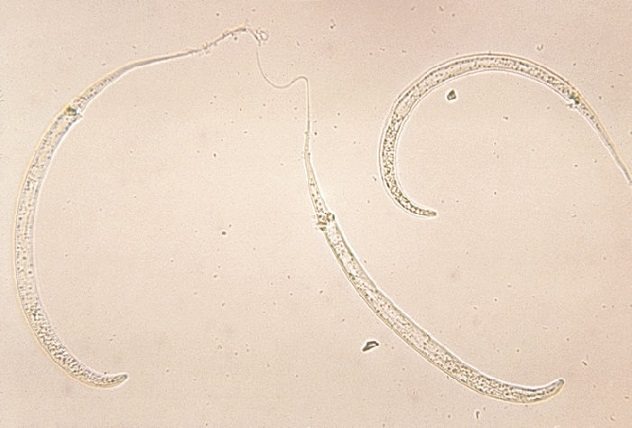 Dracunculus medinensis, aka the Guinea worm, is a parasite that belongs to the nematode family. Sounds innocent, right? There are many names for Dracunculiasis, like Guinea-worm disease (GWD). This disease has a long paper trail, as cases were recorded as far back as ancient Egypt. There is no treatment or vaccine to protect against the Guinea worm.[10]

The thought of this parasite is particularly gut-wrenching. Those who are infected may not even know what is living inside them for up to a year. When the mature female worm is ready to release her larvae, she moves from the subcutaneous connective tissues to the surface of the skin. It can take weeks for the worm to make her way out, making for a painful experience for the host.

Usually, the worm heads for the lower leg or foot, where blisters will appear once the worm begins to break through the outer layer of skin. Lesions and blisters are at risk for secondary bacterial infections if left open and untreated. Once the female breaks free of the skin, only a small portion of her squirmy worm body is exposed. The female releases her larvae, and if not removed, she will inch her way back inside. Truly disturbing.