This week like every other has news made by humans. Because humans are stupid creatures, the news is, as always, also stupid. Here are just 10 of the stupid things humans have gotten up to this week. Morris M is away this week, so the tone is different. Get over it quickly. 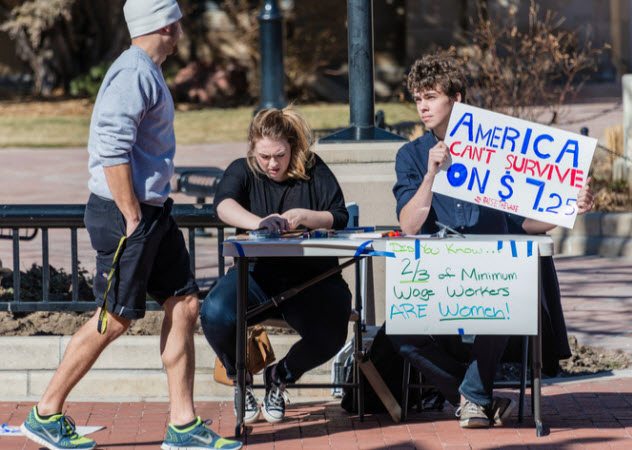 Back in the halcyon days of 2016 when people didn’t think Bernie Sanders was an insane old communist, progressives in the US decided that raising the federal minimum wage was both workable and good. That didn’t happen, of course. But still, some cities forged ahead with their desire to make everyone rich by the simple economic masterstroke of paying everyone more.

To the shock of everyone except those with a basic grasp of economics, it turns out that employers forced to pay their employees $13 per hour will actually reduce the number of hours worked by those employees to maintain their wage bill at a manageable level. In any case, the average minimum wage worker is now $125 worse off per month and 5,000 people have lost their jobs.[1] Nice one, Sanders. 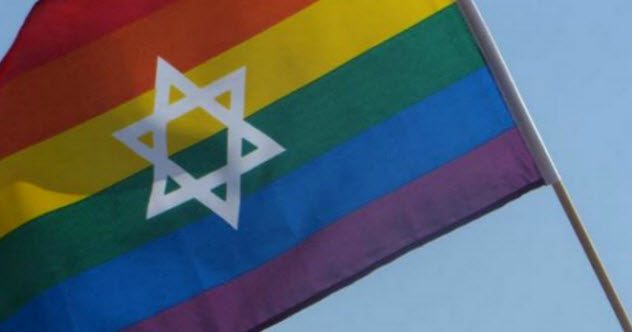 The progressive stack is a curious mental construct. According to this theory, one cannot be bigoted against those who are higher on the stack than you. And who is at the top of the pile? The Jews! Actually, it’s straight white men. But going on the basis of events in Chicago this week, homosexual Jewish people are also A-OK for discrimination.

Some folks taking part in a “Dyke March” bore a rainbow pride flag with a Star of David on it. Imagine, just 75 years after a sick ideology forcibly labeled them with the star before exterminating them, people can proudly fly the mark of their faith. Except you can’t because the Star of David is also the symbol of Israel, who are apparently just the worst.

This is the week we learned that it’s fine to discriminate against Jewish people because when progressives do it, it is “explicitly not anti-Semitic, we are anti-Zionist. The Chicago Dyke March Collective supports the liberation of Palestine and all oppressed people everywhere.”[2] 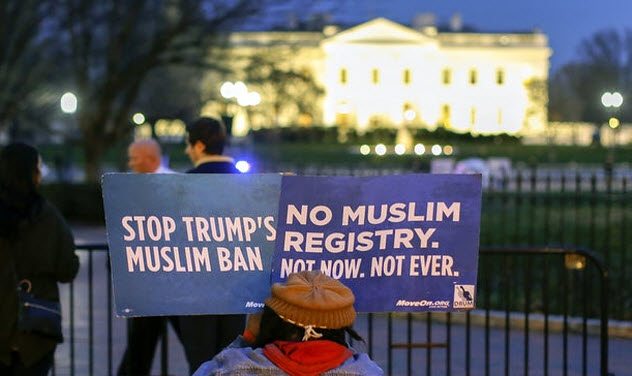 In Shouty Cheeto President Versus The Religion of Peace News, President Tiny Hands has gotten his travel ban through the Supreme Court and now jihadists from six majority-Muslim countries will find it much harder to enter the United States. Critics say that the ban will harm the people most at risk from Islamic persecution, being minority religious and ethnic groups.

In any case, now that The Donald has done his duty to the king of Saudi Arabia and sold him a whole lotta guns, he can get back to not liking Islam at all.

In a move that juxtaposes perfectly with the image of Justin Trudeau wearing pride flag “Eid Mubarak” socks while high-fiving a child dressed as Wonder Woman, Trump canceled the 20-year-long tradition of an iftar meal at the White House. This would seem like a snub to the Muslim-American population if he hadn’t just banned travel from half a dozen Muslim countries.[3]

Which North American leader you think to be the embodiment of all stupidity on the planet depends on you. 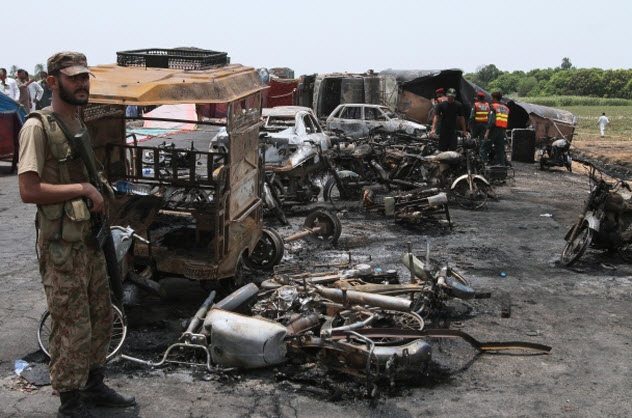 Imagine the scene: You are chilling in your village in Pakistan when, all of a sudden, someone uses the megaphone on top of the local mosque to proclaim the news that a fuel tanker has overturned on the nearby highway. Being enterprising sorts, you and your buddies jump on your mopeds and zoom off to see if you can be of any assistance.

And when we say “be of any assistance,” we, of course, mean that you steal as much fuel as you can before the authorities arrive. The spillage is so huge that over 100 people are there, sucking up the precious gasoline. It’s a hot day, and it’s such hard work. Yes, you definitely deserve a cigarette. Why not?

The death toll currently stands at 157, with many bodies too badly damaged by the gigantic fireball to ever hope to be identified.[4] Don’t smoke, kids. 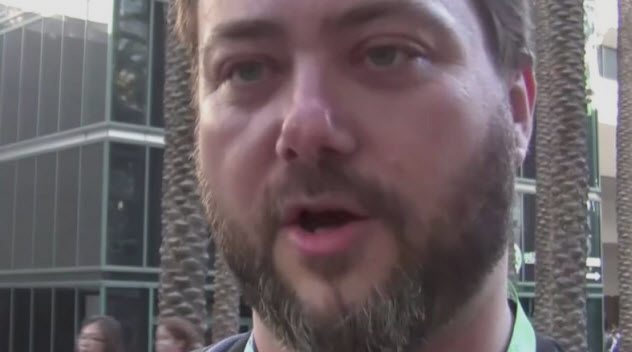 Over the weekend, VidCon took place, which is a convention for people who make YouTube videos. Apart from being less cool to attend this than to attend a Babylon 5 convention (Go Team Mollari!), the con brought together people with very different opinions about the world.

At the convention, a panel about being harassed online was hosted by Anita Sarkeesian, a prominent feminist who has made a career out of conning people out of money to fund her critiques of video games. (Spoiler: Video games are racist.) She is also a professional victim of “harassment.” So far, so feminism.

One man, Carl Benjamin, has made a YouTube career out of confronting the often bizarre ideas espoused by feminism and progressivism. He attended the panel to hear the opinions of someone whom he has opposed in the past.

Normally, this would not make the news round-up, save for the revelation that, according to Sarkeesian, Benjamin harassed her and made her feel unsafe by attending her panel, sitting quietly, and listening to her positions. So she verbally abused him from the stage and later in print.

One might believe that Sarkeesian would want to be listened to. But apparently, this was secretly because Benjamin was trying to intimidate her because he is a “garbage human being” and a “shithead.”[5]

In short, someone who believes in an invisible system of oppression—in which they are permanent victims and rape is a normal part of society—sees no problem with abusing paying attendees of conventions where she is paid to speak because harassment only matters when it happens to her. Feminism is about equality, you guys.

5 CNN Gets Caught In A Sting, Admits ‘Russia’ Is Fake News 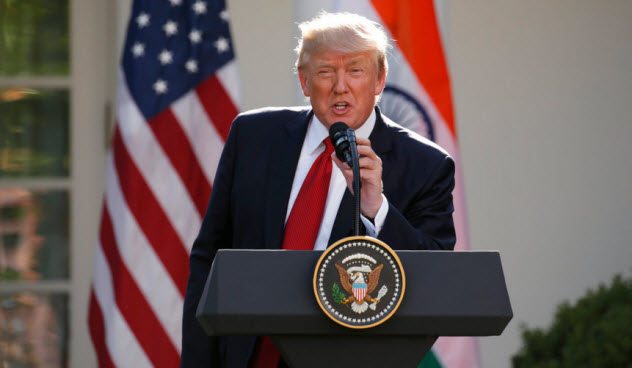 This is the week when CNN is finally caught on camera admitting to peddling a fake news narrative. As the hand-wringing at the broadcaster goes on amid much scuttling around and denying everything, we must now consider all behavior by CNN over the last few months to be suspect. When a TV station will stir up tensions between two nuclear powers with a history of antagonism, heads are going to roll.[6]

In the meantime, let us all enjoy anew the apoplexy of liberals the world over as Donald J. Trump is once again shown to be in the moral right of things solely by the actions of the left. One day, perhaps, they will understand the axiom “to be hoist on one’s own petard.”

Today is not that day. “I think if it is accurate, I think it’s a disgrace to all of the media, to all of journalism,” White House spokeswoman Sarah Huckabee Sanders said. “I think that we have gone to a place where if the media can’t be trusted to report the news, then that’s a dangerous place for America.” 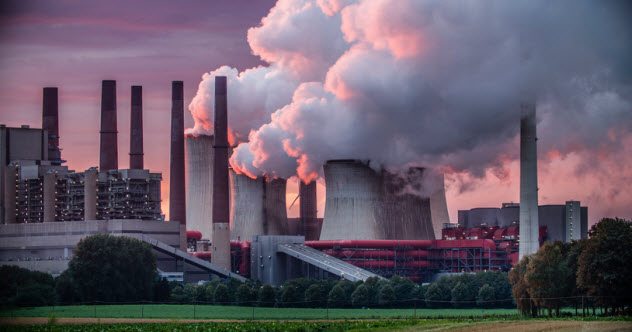 In three years, we’re all going to be on fire or whatever. It has been said for decades now that the doomsday clock is at two minutes to midnight. But now, it really is for sure.

Coming down on the side of an evidence-based reality, we should pay attention to when scientists are telling us that maybe using a million plastic water bottles a day has some knock-on effects.

Can we really blame ourselves for pumping billions of tons of carbon dioxide into the air, annihilating most edible fish stocks, and exterminating half the life on Earth in just 40 years?

Yes, of course, we can. Seriously though, we should change the way we live because this is pretty bad. Even if this particular proclamation is just a political jab about Das Gropenfuhrer pulling the US out of the Paris Agreement (it is), this still doesn’t change the overall message. We’re all doomed.[7]

3 Pandas Are Worthless, But We Should Save Them Anyway, Says Science 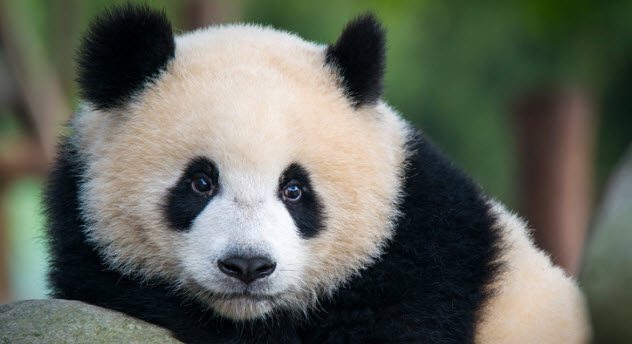 Staying with the environment, it turns out that pandas aren’t pointless after all. We would have gladly turned any other animal into a food source by now or have greeted the news of their extinction with a resounding “meh.” But here we are.

It turns out that even the cold, calculating, and profit-driven communists in Beijing are no match for a teddy bear with spin-off movies about martial arts and obesity issues.

Thanks to the popularity of these pathetic creatures, who have contributed nothing toward any of the Great Leaps Forward, large areas of Chinese wilderness are protected.[8] The knock-on effect is that other, better animals that aren’t a lazy disgrace to Mao Tse-tung are allowed to thrive.

Which is good news until China rightfully arrests all pandas for being dissidents and shirkers.

2 The First Stage Of An Online Planet Is Underway 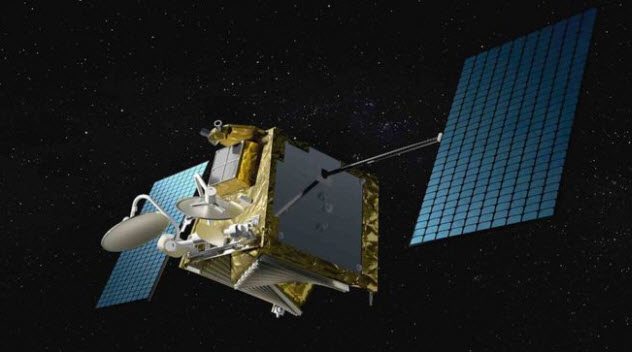 The big news here is not that Airbus and partners are planning on connecting every school on the planet to the Internet, impressive though that is. Soon, no child will have to grow up with the disadvantage of never having read Listverse.

The real story is that we are moving into an age of industry-driven, mass-produced satellite technology. Whereas in previous epochs these devices would cost billions to develop and take thousands of man-hours to assemble, we are now one step closer to producing spacefaring technology as easily as we make the VW Beetle.[9]

Surely, this is the advent of a new and golden age of peace as mankind explores strange new worlds, seeks out new life and new civilizations, and boldly goes where no man has gone before—and then complains bitterly that there are too many women and minorities in space and the social justice warriors have ruined everything. 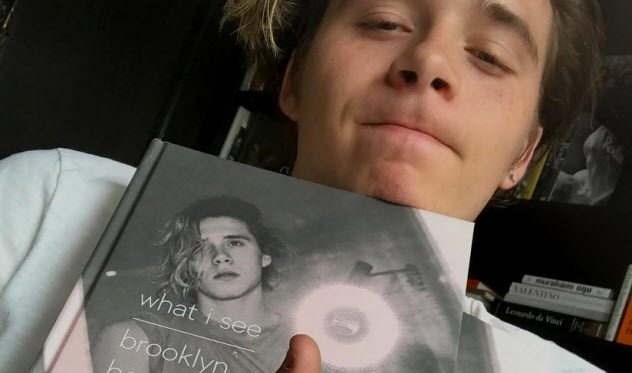 It can’t be easy to be Brooklyn Beckham.[10] You have a vaguely popstar-ish mum and a footballer dad, and you just want to be recognized as a photographer. By pure coincidence, he has a book deal and Christie’s of London is currently exhibiting the work of Beckham Jr., which despite being shot with $30,000 worth of camera, looks worse than Polaroids from 1983.

The issue with the ability to indulge the every whim of your offspring is that, eventually, the kids just have to fly on their own. Sometimes, that trajectory is into a plate glass window of criticism when armed only with the writing ability of a six-year-old, the photographic brilliance of Helen Keller, and a new coffee table book that will no doubt be a million seller on a planet where somehow people care what the kids of celebrities do and where Gwyneth Paltrow exists.