At the end of the week, Listverse is the perfect place to catch up on the bigger stories you might have missed. You can read about the important political stuff or the bizarre and unconventional. Here, we’ve got you covered if you’re looking for something more upbeat and inspirational.

This week, we celebrate two astronauts who narrowly avoided disaster. We look at the last scientific paper that Stephen Hawking worked on before his death and also talk about an exciting astronomical first.

There are also a couple of feel-good stories—such as the squirrel revived by CPR and a lady who helps clean the streets of Vancouver and donates to cancer research at the same time.

Nineteen-year-old Chris Felix from Minneapolis, Minnesota, became the talk of the town after managing to revive a squirrel using CPR.

The young man thought he had hit the furry critter with the back wheel of his car. When he went to check, Felix found the animal was not moving, so he decided to put his CPR skills to use. He put on a pair of gloves and started performing chest compressions on the dazed creature.

Right around that time, two officers on patrol showed up and captured the whole thing on body cam. Felix performed CPR for about 20 minutes until the squirrel regained consciousness and ran away. The teenager then shared high fives with the police officers, and everyone went on their merry way.[1] 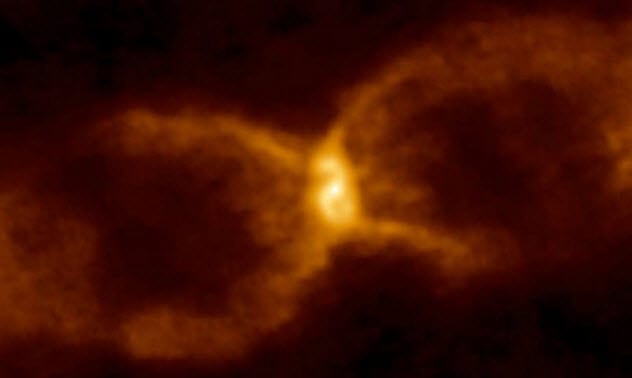 The astronomy world is excited following the discovery of the first collision between a white dwarf and a brown dwarf which was witnessed by humans almost 350 years ago.

The event was seen on Earth back in 1670. To us, it appeared as a new star in the sky called Nova Cygni which faded, reappeared, and then disappeared forever. In modern times, astronomers renamed it Nova Vulpeculae 1670 (later changed to CK Vulpeculae) and assumed it was the result of a merger between two main-sequence stars like our Sun.

The celestial objects might be gone, but the debris from their collision is still there in the form of two dust rings similar to an hourglass with an object in the center. Closer inspection of these remnants led researchers from Keele University to conclude that neither of the two objects was a main-sequence star.

One was a white dwarf, a stellar remnant left over after a star turns into a red giant but doesn’t have the mass necessary to become a neutron star. The other was a brown dwarf, a failed star that lacks the mass to begin thermonuclear fusion.

This wasn’t a fair fight. The white dwarf had 10 times the mass of the brown dwarf and ripped it apart as the two collided. The impact left behind lithium as well as organic molecules such as methanol, formaldehyde, and methanamide. These wouldn’t have survived the nuclear fusion process, which indicated to astronomers that a different kind of collision had taken place.[2] 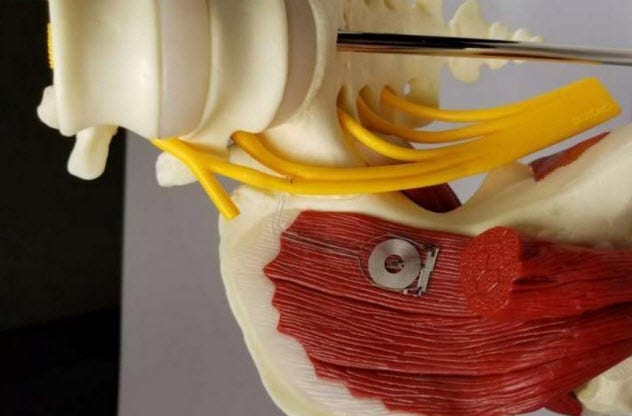 Researchers from Northwestern University and Washington University School of Medicine have created the first bioelectronic medicine—a wireless device which is implantable and biodegradable and improves the healing of nerve damage.

The device is the size of a dime but only as thick as a sheet of paper. When implanted in rats, it worked by regularly sending electrical impulses to peripheral nerves to accelerate their regrowth following surgery. The device was naturally absorbed into the body after two weeks of operation.

The benefit of bioelectronic medicine?

It is directly applied to the damaged area, therefore reducing side effects and other risks associated with traditional implants. Researchers believe that bioelectronic medicine in the future will serve as a complement to or even a substitute for standard pharmaceutical solutions for a wide range of ailments and conditions. For now, the next big step will be to move on to human testing.[3] 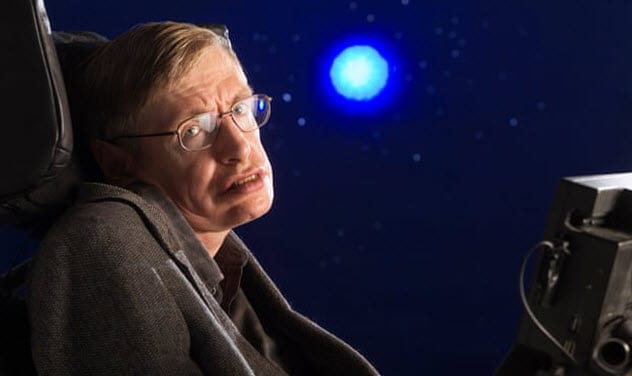 Physicists from Cambridge and Harvard University finished writing and then published the last scientific paper that Stephen Hawking had worked on. It was titled “Black Hole Entropy and Soft Hair.” The work tackled “the information paradox,” a puzzle that theoretical physicists have been struggling with for decades.

Albert Einstein’s theory of general relativity predicted that a black hole can be defined only by its mass, charge, and spin. In the mid-1970s, Hawking added a fourth characteristic—temperature.

If black holes have temperature, then they will eventually lose all their heat and evaporate out of existence. However, the quantum world dictates that information is never lost. So, what happens to the information in objects that fall into black holes?

When a black hole “consumes” another object, the black hole’s temperature and entropy change. In the latest paper, Hawking and his coauthors argue that entropy might be recorded by a sheet of photons called “soft hair” that surrounds the event horizon.[4]

Cambridge Professor Malcolm Perry, a coauthor of the paper, believes the hypothesis is on the right track but needs to answer a lot more questions before solving the “information paradox.” How information is stored in soft hair and leaves black holes when they evaporate should be the next conundrums to tackle. 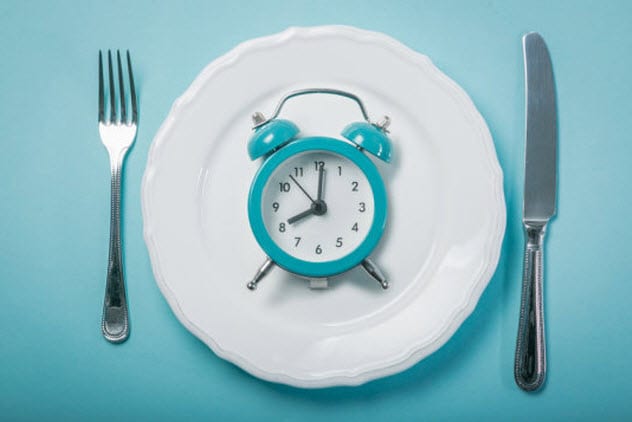 According to a new study from Toronto published in BMJ Case Reports, intermittent fasting produced positive results when it came to type 2 diabetes, eventually eliminating the patients’ need to take insulin.

The test involved three men aged 40, 52, and 67. Each had been dealing with type 2 diabetes for over a decade. They followed 24-hour fasts multiple times a week. On fasting days, they ate only dinner but drank plenty of water, coffee, and broth. All patients lost weight and improved their HbA1C levels. None of them experienced hypoglycemia, even when they stopped taking insulin.

While the study shows promising results, it is far from a conclusive report. Other experts have pointed out a few issues. The biggest problem is that it only included three people. A more definitive study needs to include more test subjects and randomized trials. Secondly, there is conflicting data coming from other studies where fasting caused diabetics to experience hypoglycemic episodes.[5]

Even so, experts agree that the concept of the paper warrants further study. 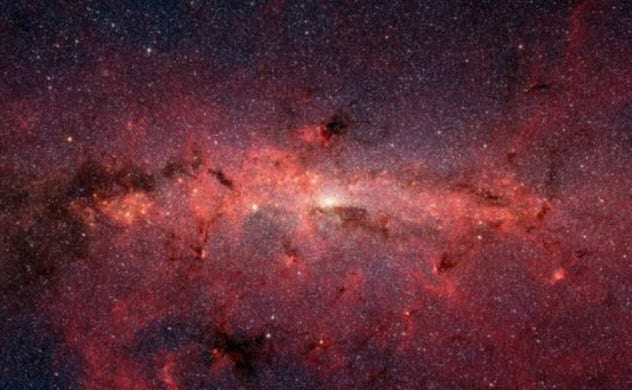 Swedish astronomers from Lund University put another mystery to bed this week. They concluded that the inexplicably high levels of certain elements detected near the Milky Way’s center were, in fact, an optical illusion.

Last spring, another group of researchers published a study which reported incredibly high levels of scandium, yttrium, and vanadium in red giant stars located just a few light-years away from the giant black hole at the center of our galaxy.

Several possible explanations were put forward. Some said the elements came from debris that resulted from a collision between neutron stars. Others believed they came from previous stars which were disrupted while being consumed by the black hole. Lund University astronomers, led by doctoral student Brian Thorsbro, argued that the high levels were an optical illusion caused by spectral lines.[6]

Analyzing spectral lines is standard when you want to learn which elements are present in a star. In this case, however, the results were skewed by the lower temperatures of the red giants which altered the behavior of electrons.

The discovery was incidental. It happened while the team was mapping the center of the Milky Way using a spectrometer. 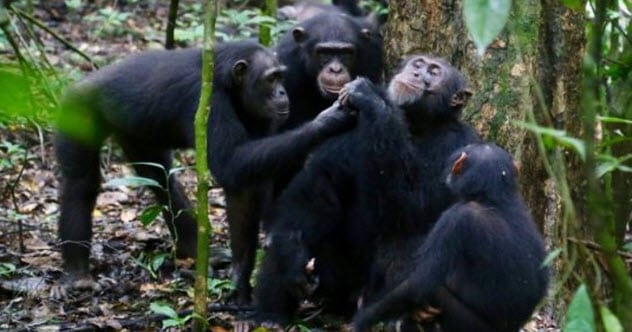 Chimpanzees like to share food, even when it is with nonfamily members and without any immediate gain. That is the conclusion of an anthropology team from the Max Planck Institute who studied the behavior of these primates in Tai National Park, Ivory Coast.

Sharing meat and other food items was considered an important step in the evolution of primitive man and the appearance of the first societies. It is rare to see it in nonhumans for purposes other than mating or kinship rituals, but chimpanzees are among the few that practice it.

A previous study suggested that food sharing among chimpanzees primarily occurs following harassment from beggars. Researchers believe this is not the case with the Tai chimps. They were quite selective about sharing their food and preferred to give it to their friends. In the case of meat, chimpanzees also shared with others that helped them during the hunt.[7]

There might be a chemical reason for primates’ willingness to share. Researchers collected urine samples and found that chimpanzees had elevated levels of oxytocin after sharing food. This is a hormone which helps humans with social bonding, particularly between a mother and her new child.

3 A Nickel And Dime Over Time 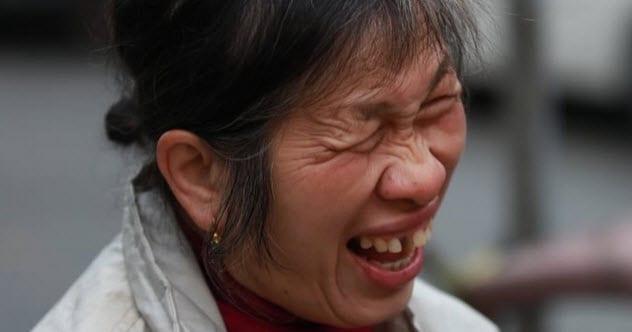 For 21 years, Gia Tran has had the same ritual almost every weekday. She walks the streets of Vancouver and collects all the discarded cans and bottles she can find. Then she turns them in at a recycling plant, rarely walking away with more than $10. Afterward, she walks straight to the BC Cancer Foundation and donates her earnings. Recently, staff at the foundation estimated that her donations have exceeded $15,000.

Tran is 62 years old now. But she has no plans to stop anytime soon, even though she has to walk some days because the bus driver won’t let her take two bags aboard the bus. She prefers summer because there are more people outside drinking. She also favors cans over bottles because they are lighter.

The foundation’s staff was won over by Tran’s happy attitude and big smile and now considers her visits a daily highlight. Chief Executive Sarah Roth describes her as the “joy of our day.” As far as what motivates Gia Tran to keep going, her reasoning is simple: “I want people happy, same as me.”[8]

2 A Noble Goal For Nobel Prize 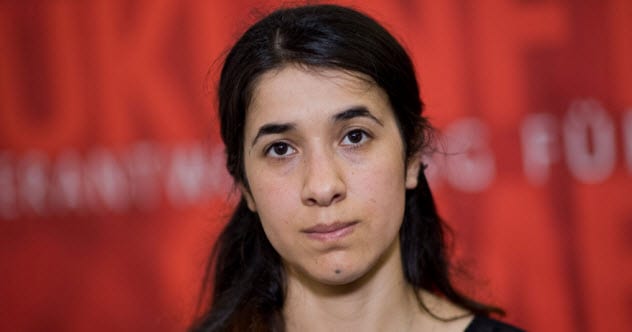 Last week, 25-year-old Nadia Murad won the Nobel Peace Prize alongside Congolese gynecologist Denis Mukwege for “their efforts to end the use of sexual violence as a weapon of war and armed conflict.” Now she has pledged to donate her entire $500,000 prize to help Iraqi women and minorities who were victims of sex crimes.

Murad was captured by ISIS militants with thousands of other Yazidi women in 2014. She escaped a few months later. Since then, she has campaigned to bring international attention to the heinous acts perpetrated by Islamic State in the region.

To that end, the human rights activist started her own organization called Nadia’s Initiative which will become the beneficiary of Murad’s Nobel Prize money.[9] It remains to be seen how the funds will best be put to use. 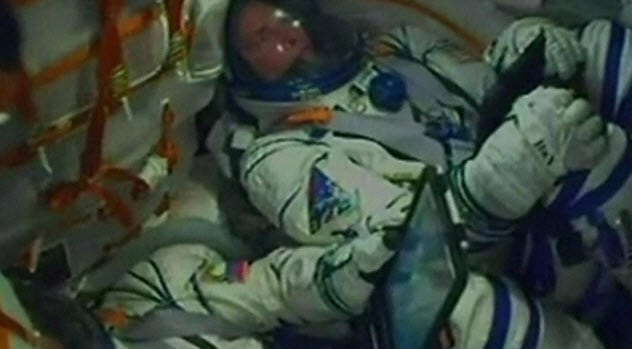 Astronauts avoided a space tragedy after managing to safely separate their crew capsule from a malfunctioning booster rocket en route to the International Space Station.

American Nick Hague and Russian Alexey Ovchinin launched Thursday morning from the Baikonur Cosmodrome in Kazakhstan aboard a Soyuz MS-10 spacecraft lifted by a Soyuz FG rocket. Almost two minutes after liftoff, the rocket started to malfunction. While the exact problem has yet to be determined, it seemed as if there was an issue with the booster rocket between the first and second stages of separation.

The astronauts executed an emergency abort as their capsule performed a “ballistic descent” and landed 500 kilometers (310 mi) from the launch site. They experienced a greater G-force than expected during a normal landing. But they reached the ground safely and were soon picked up by a rescue team. Both men appear to be unharmed.[10]

Russian officials have announced that all future manned missions are on hold until they can guarantee the safety of the astronauts. NASA Administrator Jim Bridenstine expects the investigation to go swiftly and believes a new launch could still take place by the end of the year.