With several award winners from film and TV, the actors and actresses on this list debuted in a variety of unlikely roles. Even though they were cast in parts that now seem so unlike them, they all became accomplished actors. Some have even achieved the status of movie icons. Here’s a look back at their curious cinematic debuts.

Her movie debut in Star Trek II: The Wrath of Khan (1982) as the USS Enterprise‘s half-Vulcan, half-Romulan Lieutenant Saavik was a dream come true for Kirstie Alley, then in her early thirties. The Emmy Award and Golden Globe Award–winning actress, who would become known as a glamorous comedienne, has said, “I liked the Star Trek series.”

In a way, she’d been rehearsing for the role for years. While watching the television series, she’d imagined herself to be Mr. Spock’s daughter. When Leonard Nimoy, who played the Vulcan Spock, spoke a line of dialogue, Alley would respond with dialogue she’d written for herself. During her audition, she “acted like Spock” and the film’s director, Nicholas Meyer, told her, “Boy, you have him down.”

Although she was offered the opportunity to reprise the role, Alley declined because she wasn’t offered as much money to play the part in subsequent Star Trek films as she’d been paid for her debut role.[1]

At age 26, Marlon Brando made his film debut in the 1950 movie The Men, playing a paraplegic war veteran seeking to adjust to his lot and reenter civilian life. This was a curious role for an actor who became known for his unsentimental, macho roles.

The scenes of the movie were not filmed in sequence, which made it difficult for Brando to maintain “emotional truth.” Feeling confused, he was hesitant and spoke unclearly, causing Fred Zinnemann, the movie’s director, to become concerned.[2]

But Elia Kazan, himself a director and former actor, assured Zinnemann that Brando would get better and ultimately be impressive in the film, and Brando was. The New York Times praised his range and versatility, and Time called his film debut “magnificent.” Brando went on to win two Oscars and numerous other awards during his career.

Jane Fonda debuted in the 1960 movie Tall Story. The romantic comedy was neither a commercial nor a critical success, but it served half its intended purpose. The motion picture was supposed to showcase Fonda and Warren Beatty, but Warner Bros., the studio financing the film, refused to approve Beatty. He had talent, but he lacked name recognition. The studio wanted an established actor, so director Joshua Logan offered the role meant for Beatty to veteran star Anthony Perkins.

Although Fonda would play a prostitute later in her movie career and appear nude in another future film, she was new to acting at this point in her career. So she was put off by a photographer’s suggestion that she and Perkins, a virtual stranger, should “nuzzle and caress each other.”

She wasn’t the only one to have trouble with the movie’s love scenes. Perkins, who was secretly gay, feared that he might not come off as genuine in playing such scenes. He and Fonda rehearsed “their intimate scenes . . . very hard, devotedly in fact,” according to Logan’s 1978 memoir.

Logan—a friend of Fonda’s father, Henry—had Jane’s role expanded and shepherded her through her film debut. Logan was convinced that Fonda had what it took to become a big star. Despite his efforts, however, Fonda described the experience as “a Kafkaesque nightmare [that] brought out all of her insecurities as an actress and also made her question her own identity, physical appearance, and career.”

Tall Story received mixed reviews, but Fonda was praised. However, it was not so much for her acting ability as for her appearance. Critics focused on her sex appeal, her legs, and her breasts, although one reviewer did mention her IQ of 123.[3]

Such comments, like the suggestions of studio executives that she surgically alter her appearance, made Fonda feel insecure. She developed bulimia and suffered from sleepwalking. Despite her curious debut, Fonda had won two Academy Awards by the end of her acting career.

Accompanied by her sisters, Judy Garland made her film debut at age seven as one of the Gumm Sisters in the 18-minute, two-reel 1929 short The Big Revue. After their introduction by another Revue child star, the girls began their song-and-dance number, singing “That’s the Good Old Sunny South.”

According to author John Fricke, Garland was a standout: “Her performance [was] notable for its focus, her second-nature command of melody, lyric, and choreography, and . . . the seeming effortlessness of her communication.”[4]

An eager-to-please performer, Garland was also something of a scene stealer. She went on to win an Academy Juvenile Award in 1940 for her work during the prior year, which included her role as Dorothy Gale in The Wizard of Oz.

Although he would become a producer, a director, a screenwriter, and an actor in such television series as Bonanza, Little House on the Prairie, and Highway to Heaven and would win several awards, Michael Landon started his movie career at about age 20 with an unlikely starring role in the 1957 movie I Was a Teenage Werewolf.

Landon didn’t wear a mask. His makeup was applied during an onerous process that took two hours. While Landon was undergoing the ordeal, director Gene Fowler Jr.’s German shepherd, Anna, who had a part in the movie, was running in the Bronson Canyon forest where the day’s filming was taking place.

By the time Landon was ready, the dog had returned to the set. When Landon walked out as the werewolf, “[Anna] ran like hell,” said Fowler. She and Landon later became friends.[5] 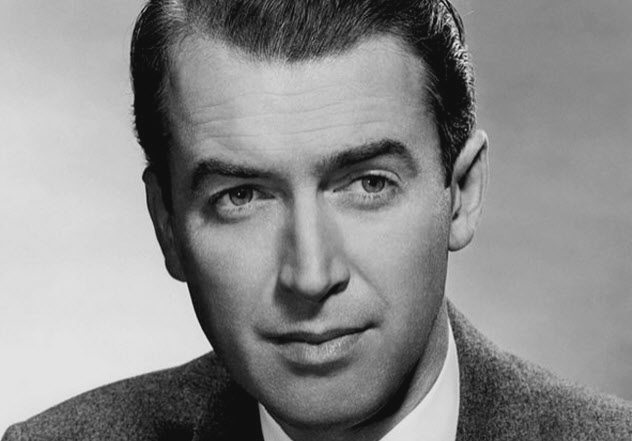 Jimmy Stewart was 27 years old when he starred in his first film, The Murder Man (1935), playing a cub reporter. As a newcomer, Stewart was visibly tense. His colleague, veteran actor Spencer Tracy, spotted the younger man’s stress and gave Stewart some advice he’d always remember: “Forget the camera.”

Once Stewart began ignoring the camera’s presence, his natural talent was clear. Tracy said: “That was all he needed; in his very first scene, he showed he had all the good things.”

Another veteran actor, William Powell, had the same high opinion of Stewart’s acting ability. Powell observed that Stewart “had an inimitable, unique quality that would take him far in films and it was obvious the camera loved him.” This showed how far Stewart had come as an actor after taking Tracy’s advice.

Stewart won Academy Awards, Golden Globe Awards, and other honors by the end of his long career.[6] 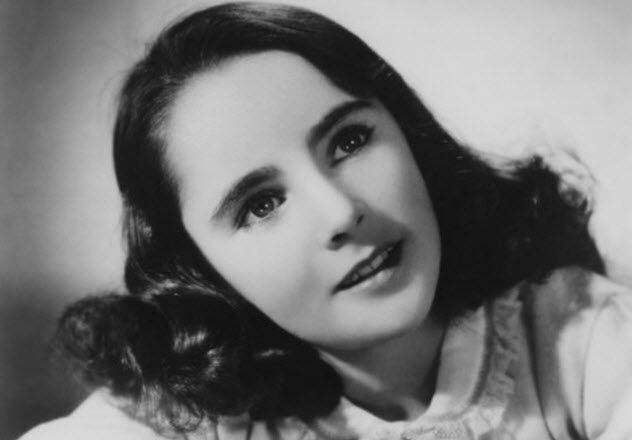 When MGM expressed interest in signing Elizabeth Taylor, its rival, Universal Studios, made her mother an offer. Mrs. Taylor accepted the latter opportunity and signed Elizabeth to a seven-year contract. However, the studio’s casting director wasn’t optimistic about the child’s chance for stardom. “The kid has nothing,” he complained after he’d seen her screen test. “Her eyes are too old, [and] she doesn’t have the face of a child.” She was no Shirley Temple or Judy Garland.

Her contract didn’t last seven years. It was over in one. During the time that she worked for Universal, she was in only one movie, her first, Man or Mouse (1942). It was later renamed There’s One Born Every Minute.

Elizabeth, then 10, appeared opposite 15-year-old Carl Switzer, who’d played Alfalfa in the Our Gang comedy series. Most of Elizabeth’s time on the film was spent “firing elastic bands at fat ladies’ bottoms.”[7]

Although Elizabeth’s introduction to Hollywood was a dismal failure, it didn’t stop her from becoming an accomplished actress who won Academy Awards, Golden Globe Awards, a Screen Actors’ Guild Award, and numerous other honors.

Interested in a male lead for his latest Western film, The Big Trail (1930), director Raoul Walsh asked his friend and fellow director John Ford whether he could recommend anyone. Ford suggested a “new kid [in town who had] a funny walk [and acted as if] he owned the whole world.” The 23-year-old actor went by the name of John Wayne. When Walsh asked Wayne whether he was available, Wayne demurred, saying he was too inexperienced to play such a part.

Walsh disagreed. All Wayne would have to do, the director said, was “sit good on a horse and point.” Persuaded, Wayne accepted the role, but stardom didn’t follow for several years. During that time, he acted in low-budget pictures. Toward the end of his career, Wayne won an Academy Award. But his star first rose when Ford cast him in the 1939 Western Stagecoach.[8]

Bruce Willis‘s movie debut occurred in the 1987 romantic comedy Blind Date, in which the actor had his first starring role in a film. Previously, he’d appeared only as an extra or bit player in films, although Willis had starred in the TV show Moonlighting from 1985 to 1989. Unfortunately, his movie debut, Blind Date, received terrible reviews.

Despite this critical flop being his only film acting experience, Willis landed a starring role in the action thriller Die Hard, playing detective John McClane. He was paid $5 million on the grounds that he would have to carry the weight in most of the film’s many action sequences.[9]

He performed the role that would have gone to Sylvester Stallone or Harrison Ford if they had not turned down offers to play the character. The film’s commercial success launched Willis’s career as a major Hollywood star.

Reese Witherspoon was 14 years old when she auditioned as an extra for The Man in the Moon (1991). Her tryout so impressed director Robert Mulligan that she was offered the starring role of tomboy Dani Trant. The part launched a series of additional roles on television and in the movies.

Mulligan said that it was risky to hire Witherspoon because she lacked acting experience. But he made up his mind when he saw her screen test. “She just jumped off the screen,” he said.

Mulligan wasn’t sure whether she could act, and she wasn’t a tomboy like the movie’s central character. However, he believed that something as simple as Witherspoon chewing gum transformed her from a girly girl into a tomboy who was tough.[10]

Witherspoon’s debut was definitely curious. She’d auditioned for an anonymous bit part and come away with the starring role, playing a character completely different from the girl next door and girly girl roles she’d typically play throughout her career. But she proved that her future stardom didn’t rest on her peculiar debut role.