Body piercing has been practiced throughout the world since ancient times for religious, aesthetic, and sexual purposes. While many people choose to display their piercings proudly, in Victorian times, piercings were secretly hidden beneath a prim exterior. Others on this list were forcibly pierced against their will. Slaves, children, and even animals have all suffered pain and humiliation in the name of religion, false beliefs, or someone’s perverse idea of fun.

Pain and humiliation, however, are not the worst fates suffered by people on this list. In ancient Egypt, getting the wrong piercing could lead to your execution. The following ten items delve into the captivating, yet more often than not, revolting history (both ancient and recent) pertaining to the bizarre and varied origins of piercing one’s flesh. 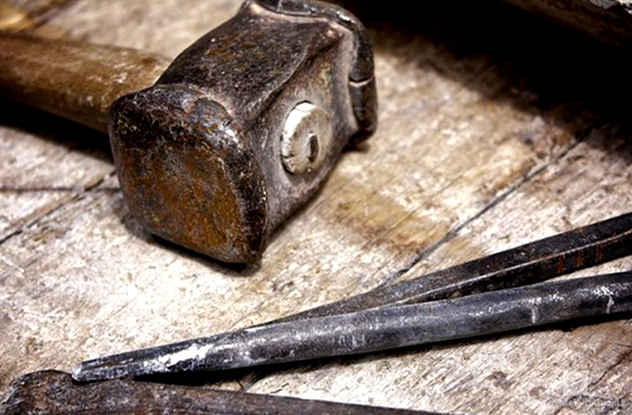 According to the Old and New Testament, body piercings were a symbol of devotion, identification, and ownership. They denoted protection by certain masters and deities to which the piercings refer. Thus, anyone who dared to cause harm to an individual sporting a piercing, be it an earring or nose ring, would be met with harsh retribution by the gods.

There was a similar established custom amongst the Israelites; as stated in a number of biblical references, men, women, and children adorned facial piercings that represented ownership and status. Interestingly enough, it was commonplace for a master to pierce the ear of his slave “to symbolize ownership and permanent servitude.”[1]

In contrast, latter-day prophets strongly discourage any form of body piercings other than for medical purposes. These days, such regulations within the Mormon Church are more lenient toward girls who are allowed to wear only one pair of modest earrings. Males, on the other hand, are strictly forbidden to have any piercings, and according to officials at Brigham Young University–an LDS Church-owned school—if said rules are broken, “BYU is not the place for you.” 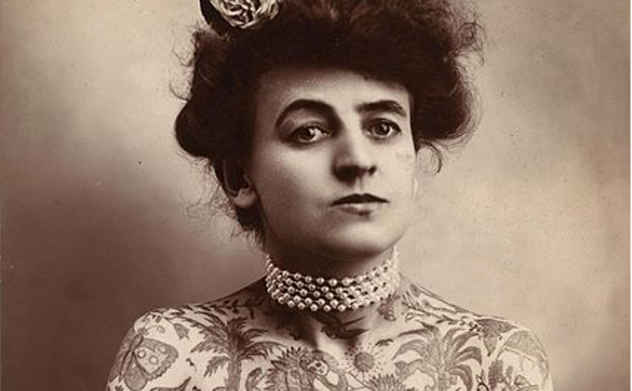 The mendacity pertaining to the Victorian era is not only fascinating but humorous, considering the false impression which was created of an uptight and secretive society. What many history books and classrooms have omitted, is the fact that the Victorians were quite open-minded as opposed to how they are traditionally perceived. Victorian women, for instance, had an immense liking for tattoos and under their prim straight-laced corsets lay risqué adornments securely fastened to their nipples. Prompted by the belief that a nipple piercing caused one’s derrière to broaden, in addition to the novelty of the new trend, women in Paris began flocking to jewelers who waited with a needle in hand.

The increasing fad of nipple rings became so popular in France that women in Britain adopted the latest, stylish craze. In fact, it was common for women to have both nipples pierced with gold “bosom rings,” and if they desired to add an extra bit of flair, a chain would be incorporated attaching the two rings together. Despite the sudden popularity, the nipple ring obsession during the Victorian era was short-lived, spanning only from the 1890s to the early 1900s.[2] 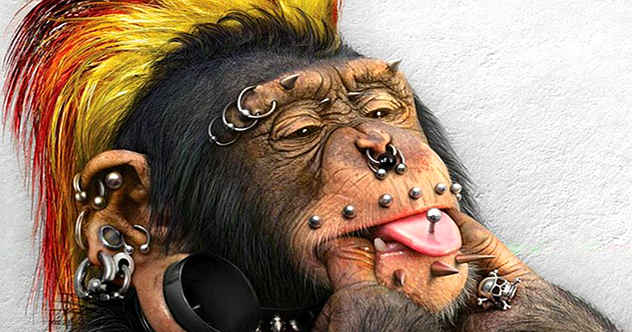 Sadly, nothing seems surprising in the twenty-first century. Preposterous life choices by depraved individuals often bring about legislation that would have once been deemed unwarranted. Yet, those who lack a sound mind cause new bills to be brought to light. Case in point, in 2011 the state of Pennsylvania was the first to enact a law prohibiting body art such as piercings and tattoos on animals. This came only after the arrest of a woman who was piercing the ears of kittens and selling them online as “gothic.”

Similar instances began occurring in Chicago when numerous wild rabbits were spotted hopping the streets of downtown sporting flashy dangling earrings. The perpetrator, in that case, has yet to be brought to justice for what authorities say amounts to animal mutilation.

In 2014, the state of New Jersey enacted a law making the punishment for piercing a pet’s ear greater than the penalty for piercing a child’s. In that particular ruling, the State Assembly voted almost unanimously to make needlessly piercing or tattooing an animal a fourth degree crime punishable by up to 18 months in jail.[3]

In late March or early April in Madhya Pradesh, India, the Chaitra Poornima is observed. On that full moon day in the month of Chaitra, as per the Hindu calendar, villagers gather in the Betul district where they participate in an annual tradition of body piercing. This occasion is known as the “Hanuman Jayanti” and has been passed down over countless generations for the purpose of curing all kinds of diseases, specifically chicken pox.

The Varicella Zoster Virus (VZV), which is the cause of chicken pox, is extremely infectious without prior vaccination and is responsible for the death of a reported 7,000 people globally.[4] Therefore, in an erroneous attempt to combat the virus, four men singing hymns stand in the front and back of an individual, while a needle attached to a thread is pierced inside the subject’s body. As elderly villagers look on, bare-bodied men dance to mark the ritual, believing that piercing of the flesh brings about power granted by god, thus, driving infections from one’s body.

One can only hope that the needles used in such farcical ceremonies are sterilized. If not, it will take a lot more than faith to ensure their well-being. 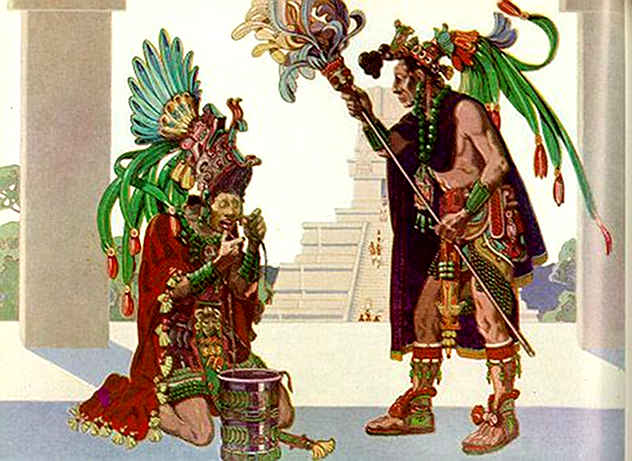 Another ritualistic practice involving body piercing was prevalent amongst the ancient Mayas of Central America. These elaborate and complex dynastic ceremonies consisted of drawing blood to make peace with the gods, and in doing so, one would experience an altered state of consciousness.

Bloodletting rituals, as they were known, involved piercing different body parts such as their tongues, lower lips, cheeks, as well as the foreskin of the penis. A variety of instruments were used to perforate the skin including stingray spines, bark, bone awls, and flint blades followed by passing bits of straw through the wounds. Of the various rituals discussed thus far, perhaps the most painful and hazardous body modification is that of suspension. The practice, which has recently seen a national surge in popularity, involves hanging the human body from hooks pierced through the flesh.[6] While some physicians view it as a symptom of a mental disorder, others believe it represents spiritual exploration.

These days, however, the growing sub-culture of piercing the flesh with meat hooks has been viewed pessimistically given the risks associated such as infections and tearing of the skin. Whether it is self-expression or self-mutilation, body suspension has become a cultural phenomenon and has seen a growing number of enthusiasts all over the United States attempting to reach a new level of spiritual consciousness. 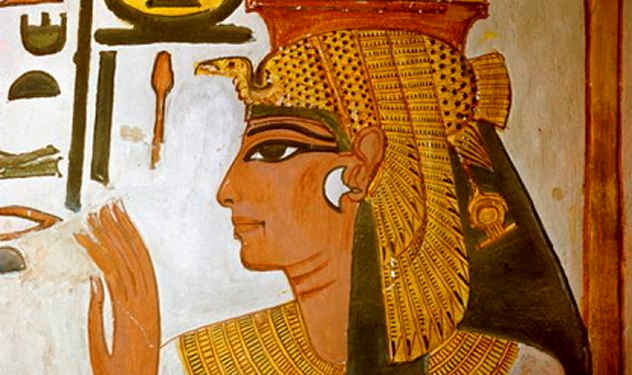 Ornamentation of the human body in ancient Egypt made particular statements pertaining to one’s wealth, religious beliefs, and social status. Those in the upper class of society were known for their elegant adornments, be it jewelry, wigs, cosmetics, clothing, or tattoos. Surprisingly, body piercings were on the lower tier of fashionable accessories during the early New Kingdom and were mostly limited to the ear lobes.[7]

Unlike tattoos which were highly popular and represented one’s allegiance to their Pharaohs and deities, certain body piercings were restricted even to members of the royal family. Case in point, only the Pharaoh was permitted to have his navel pierced, and anyone other than he who did so would be executed.

Quite the costly beautification considering such an excessive punishment that entailed anything from mutilation to burning, or even forced suicide. Many executions, however, took the form of impalement that consisted of placing an individual on top of a stake where they would suffer a slow and painful death. 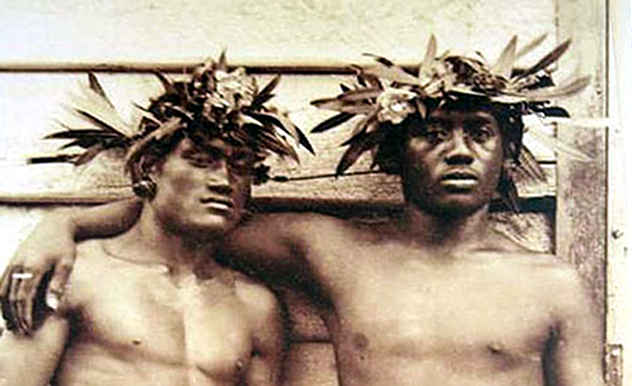 Hafada, a.k.a. scrotum piercing, is about as nonsensical as it is disturbing. The grotesque ritual is said to have originated in Arabia and over a period of time, spread through Northern Africa and the Middle East. The romantic details of such a pleasant experience involve piercing the left side of the scrotum followed by the insertion of several rings. The painful adornments apparently caught on in Europe after French Foreign Legionnaires stationed in Lebanon and Syria had the bright idea to bring the trend back with them.

If you thought piercings could not get any more bizarre, then consider the “Guiche” which is performed on a male’s perineum between the anus and the testicles. This is said to have originated in the South Pacific where it was performed by a “Mahu” (a transvestite male) on boys between the ages of 12 and 14. Surprisingly, Mahu’s are highly respected members of society who supposedly “possess magical powers by adherents of the ancient Tahitian religion.”[8]

The piercing was considered a puberty rite and was done by making a slit with a knife followed by the insertion of a string of raw pigskin. Once the wound had healed, bangles would be attached in order to “bang pleasurably against the back of the scrotum when the man walked naked.” 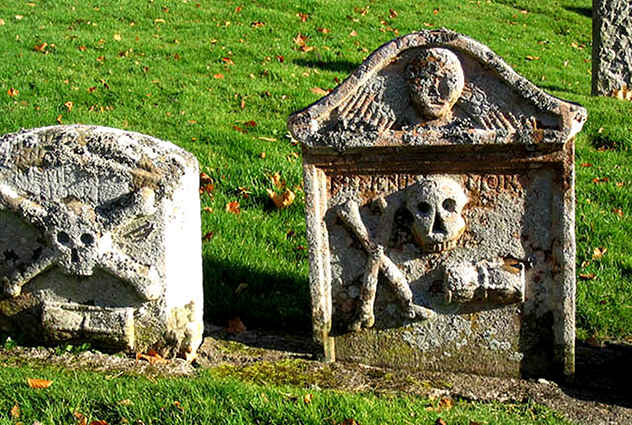 From detailed portraits to Hollywood movies, pirates are frequently portrayed as malodorous, grimy scoundrels. Of the various accessories, be it an eye patch or a parrot resting on a captain’s shoulder, it seems as if the one ornament no pirate is ever depicted without is a gold loop earring. It is important to note that gold earrings were worn for several reasons, both superstitious and for the monetary value. For instance, there was a false belief that precious metals had healing powers that would cure seasickness, poor eyesight, as well as protecting one from drowning. For practical reasons, pirates who fired the ship’s cannons during enemy combat dangled wads of wax from the gold loops to use as earplugs.[9]

Perhaps the most intriguing purpose for a pirate to adorn a gold earring is that if he were to die on foreign soil, it would cover the cost of funeral expenses. The earring would be of no use, however, if one were to die while aboard ship. Seeing as it was considered bad luck to keep a corpse on board, the body would be tossed over following an appropriate ceremony for sea burial. 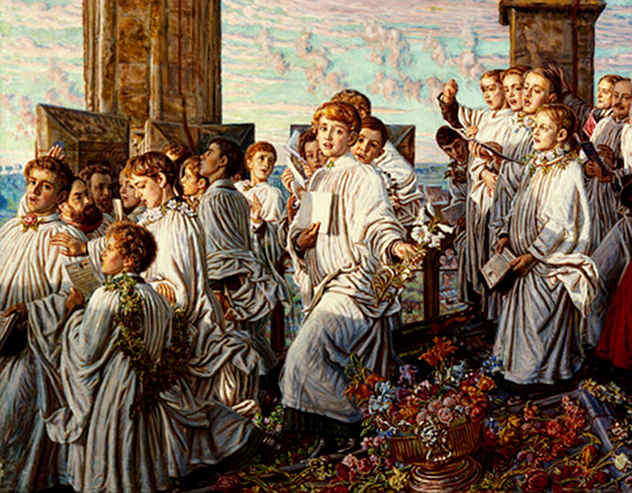 The final entry on this list pertains to infibulation, a subject that is not for the faint-hearted. It is the process of piercing the foreskin with a metal clasp, ring, or safety-pins in order to keep the skin securely closed over the glans penis. The first written report on this method was provided by Roman writer Aulus Cornelius Celsus who lived from 25 B.C. to A.D. 50. What would now be considered a nonsensical and nauseating act of body mutilation was once performed as a means of preserving the voice of young singers in ancient Rome. In many cases, an eye-catching genital adornment was worn as part of the standard costume for choir boys.