At its heart, forgery is the misrepresentation of one item for something of higher value. Although many people are impressed by great artwork and other treasures, most laymen probably can’t distinguish a true masterpiece from the latest creation by their neighbor’s little kid without some guidance.

You may have a painting that is worth nothing if it is by your hand, but the same artwork may be valued in the millions of dollars with the right signature brushed in the corner. Nevertheless, even the supposed experts can be fooled by imitations.

Painting may be the most famous type of forgery today, but history is rich with fraudulent works. As we’ll see, the consequences of some of these forgeries were far worse than mistaking the true identity of a painter. 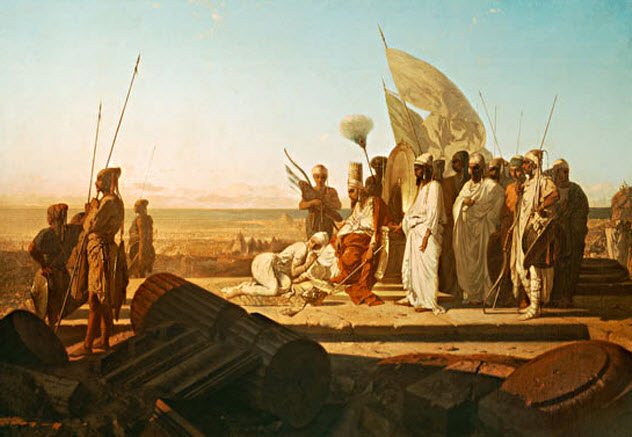 Oracles were big business in the ancient world. People from across the known world would send rich gifts and sacrifices to the priests at temples famous for giving divine advice at places like Delphi and Dodona.

Onomacritus was a chresmologue, a person who compiled the oracles given by gods for future consultation, and the first known forger in history.[1] Collections of prophesies were made and consulted regularly to see if they could give any insight into present events.

Onomacritus ensured that he always had an appropriate oracle at hand. To do this, he wrote them himself and inserted them into the real prophesies and poetry of others.

When he was found out, he was banished from Athens. But this didn’t harm his career much. He later found service at the Persian court and revealed oracles that suggested the king of Persia should invade Greece.

9 The Protocols Of The Elders Of Zion 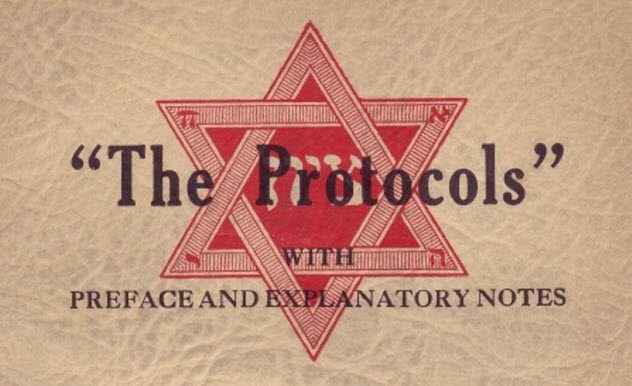 Anti-Semitism is a problem which seems to stay with us. The Internet has played a role in the renewed spread of myths and rumors that blame Jews for everything from 9/11 to diseases to mild rain. But the work of anti-Semitism that has spread the furthest is The Protocols of the Elders of Zion.

First published in 1905 in Russia, the Protocols is supposedly the minutes of a meeting of Jewish leaders. These men allegedly hatched a plan to destroy the current world order so that they could dominate the Earth.

By various methods, they were to corrupt the morals and education of Gentiles. Then, by controlling the international money system, they would take over. It’s terrifying. Except it was all made up.[2]

The Protocols was cobbled together and plagiarized from other works of anti-Semitic fiction. Soon after it was published in the West, journalists revealed that it was a forgery. But that did not stop Adolf Hitler and Henry Ford from using the Protocols as a means to attack Jews. 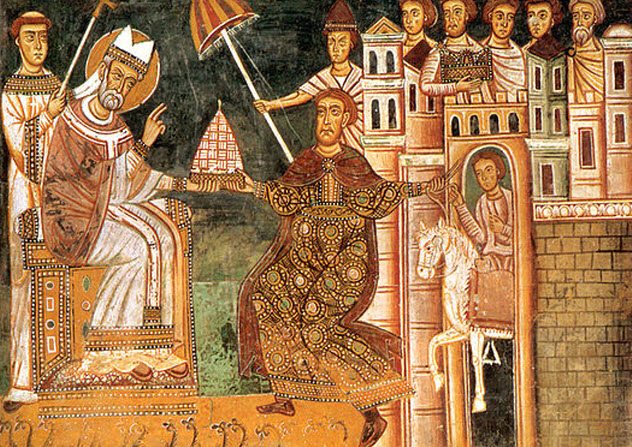 Emperor Constantine was the first ruler of the Roman world to convert to Christianity. In a document from his reign, he granted to Pope Sylvester I supremacy over all the churches in the world, rich lands throughout the empire, and the right to wear an imperial crown.

All of this was given because Sylvester was said to have cured the emperor of leprosy. Constantine also handed over to the pope the city of Rome and the western half of the empire.

This Donation of Constantine led many popes to declare their power over the monarchs and princes of Europe. It was also used to encourage others to give to the church as Constantine had. However, not everyone was convinced that the document was real.[3]

In 1440, Lorenzo Valla, a humanist scholar and Catholic priest, revealed that the Donation of Constantine was a forgery that was probably written centuries after Constantine’s death.

The Latin used in the Donation dates from this later period, and historical mistakes in the work also make it unlikely to be genuine. The Papacy no longer claims to own Western Europe. 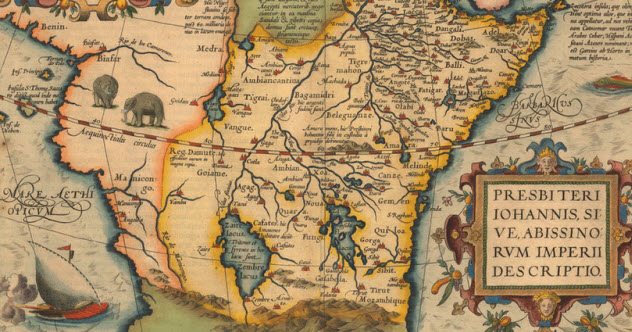 When the Crusades were turning against the Christian forces, word reached the Pope of a new potential ally in the East. Prester John was said to control a Christian empire in India. Now there was hope of attacking the Muslim lands from two directions. Although Prester John’s armies never appeared, a letter from him to the Byzantine emperor did emerge.

In this letter, John describes his vast kingdom and the 72 kings who pay him tribute. His lands contain white and red lions, men with horns, pygmies, giants, and cyclops. Precious stones line the banks of a river that runs out of the Garden of Eden. With these riches, he will come to the aid of the Christian West.

Except there was no Prester John. His land did not exist, either. Copies of the letter[4] were made throughout Europe with beautiful illustrations of the bizarre animals in his domain and the armies at his command. Paper warriors win few battles, however. Pope Alexander III sent a letter to Prester John but never got a reply. 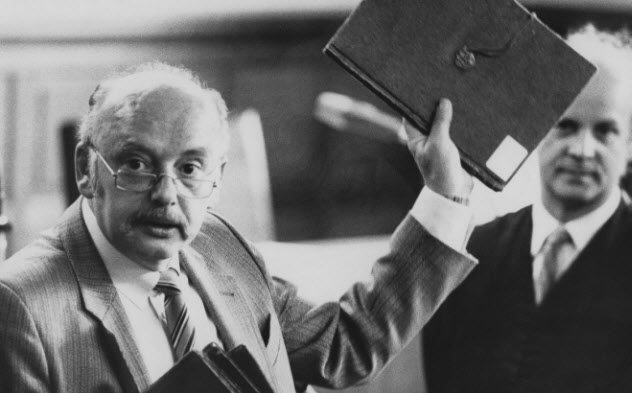 In April 1945, a plane crashed near Dresden. From the wreckage, a cache of books was salvaged and kept hidden. For decades, these books, which were filled with dense handwriting, were lost. Then a journalist for Stern magazine tracked them down and revealed them to the world. Sixty-two books containing Hitler’s personal diaries had been found!

Newspapers around the world bought the rights to serialize the diaries, which were said to shed new light on the whole Nazi regime. Hugh Trevor-Roper, an expert on Hitler, was sent to Germany to examine the notebooks. He declared them genuine.

The books were written in the old-fashioned German Gothic script and matched Hitler’s handwriting. Trevor-Roper found the banality of their contents convincing. Hitler had written about his battles with flatulence.

Once Stern turned the books over to other experts, they were quickly found to be forgeries.[5] There had been a plane crash, but these books were never on board.

The ink used was modern, and the paper was aged with tea to turn it brown. The writing was littered with modern phrases. Perhaps most tellingly, forger Konrad Kujau had mistaken the Gothic “F” on the cover for an “A,” making it appear that the diaries had been written by F. Hitler. 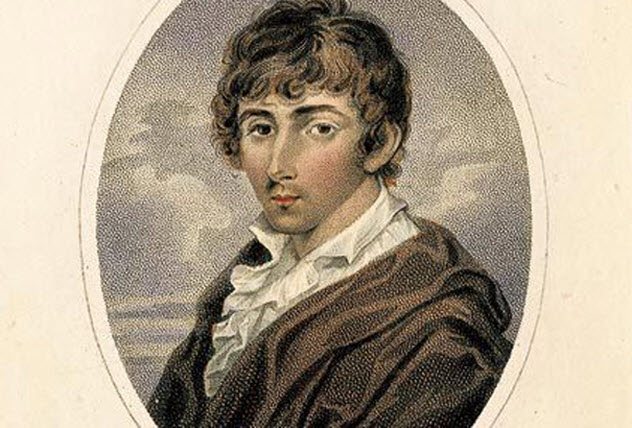 William Shakespeare is the biggest name in English literature. His plays are still performed so regularly that some actors refer to Shakespeare as “the man who pays the bills.”

The problem is that even the most fanatical fan of this great author wants something new. Unfortunately, the Bard is no longer writing. So when a new play, Vortigern, turned up, the public was hungry to see it.

William Henry Ireland was a clerk who kept discovering letters, documents, and poems by Shakespeare. Visitors would come to view his finds. James Boswell saw them and declared that he could now die contented. It was Ireland who also found the new play.

Vortigern deals with familiar Shakespeare tropes like young lovers, old kings, and cross-dressing. But the first performance was the play’s undoing.[6]

Although educated scholars had doubted the authenticity of the play’s text earlier, the performance was enough for the crowd to realize that they had been duped. Fighting broke out in the pit, and Ireland was revealed as a fraud. 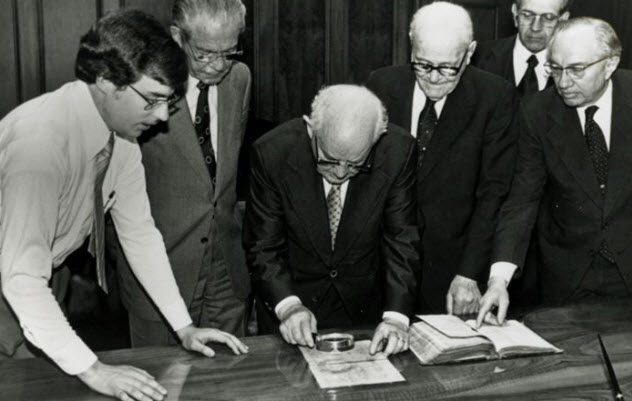 Usually, the worst outcome of a forgery is a red face or an empty wallet. However, Mark Hofmann’s forgeries resulted in two deaths. Hofmann had a knack for discovering lost documents, often written by Mormon founder Joseph Smith, related to the early years of Mormonism.

Hofmann’s first forged document claimed to be a transcription of the texts that Smith had read from golden tablets. The Mormon Church bought this from Hofmann for $20,000. He enjoyed both the money and the fact that he had hoodwinked high-ranking members of the church.[7]

Other documents followed, but a series of debts and questions began to surround Hofmann. Then three bombs went off. The bombs had been sent to seemingly random people. Two died. The third bomb injured Mark Hofmann himself.

It seems that Hofmann had hoped the bombs would distract attention from the problems he was facing. Instead, they made him a prime suspect and brought his forgery empire crashing down. 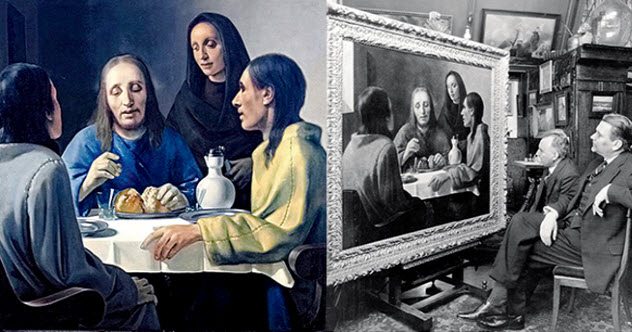 Most forgers hope they will never be caught. To be a famous forger means that you have failed. Han van Meegeren is the most famous forger in the world—famous for the Vermeers he “found.”

Unable to copy Vermeer’s style perfectly, he audaciously created an entirely new period in the artist’s life which van Meegeren populated with his own productions. Experts were fooled, as were major galleries which proudly displayed the new (newer than they thought) Vermeers.[8]

One of those fooled by van Meegeren was Nazi Field Marshal Hermann Goering, a plunderer of Europe’s art. The Woman Taken in Adultery was pure van Meegeren.

But after the war, it was thought that he had sold a priceless Dutch art treasure to the German invaders. Van Meegeren went on trial. If he had been found guilty, he could have faced the death penalty.

To prove his innocence, he had to confess his guilt as a forger. But it was not enough. The court demanded that van Meegeren produce one of his fake paintings, which he did while under house arrest. With a new Vermeer in their possession, the court found him innocent of trading with the Nazis but guilty of forgery.

2 The Works Of Ossian 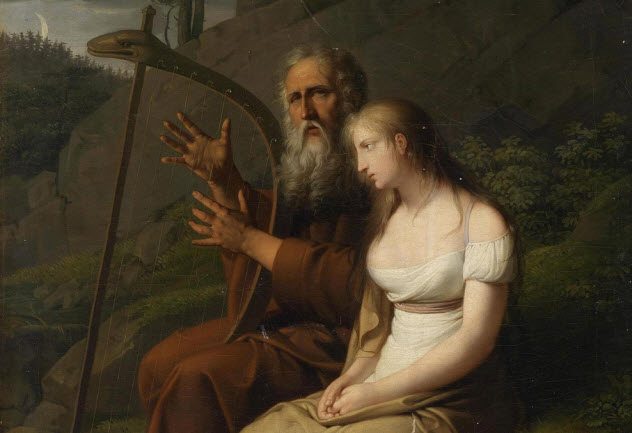 In 1760, Scottish poet James Macpherson began to publish a cycle of epic poems which he claimed to have collected in the Highlands and translated from Gaelic. According to Macpherson, these poems were originally written by a blind, old poet from the third century named Ossian.

The bleak and heroic spirit of the poems took Europe by storm. Voltaire, Thomas Jefferson, Goethe, and Napoleon were all fans of Ossian. “I am not ashamed to own that I think this rude bard of the North the greatest poet that has ever existed,” said Jefferson.[9]

Others had their doubts. Samuel Johnson thought the works were fake. When asked whether he thought that any modern man could have written such poems, Johnson replied, “Yes, sir, many men, many women, and many children.”

1 Letters Of Paul And Peter 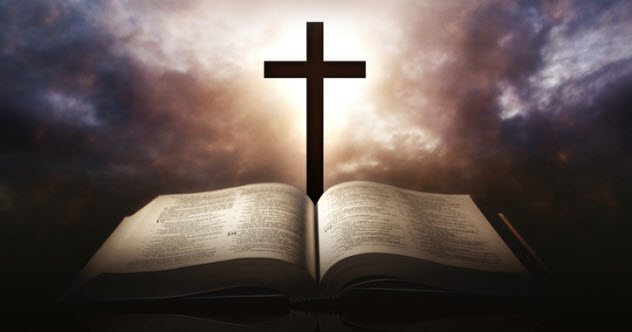 There is no better way to start an argument than to discuss the truth of the Bible. However, many researchers believe that several important sections are forgeries of one kind or another. Certain Epistles of Saints Paul and Peter are thought to be pseudepigraphy—letters written under their names but by different people.

Saint Peter was the apostle to whom Jesus gave the keys of Heaven. As currently accepted by most Christian sects, the New Testament contains two letters from Peter. Some scholars, however, doubt that either was actually written by him. The letters refer to texts that are unlikely to have been available to Peter. In addition, the authenticity of Second Peter was much debated even in the early church.

Saint Paul’s letters have had a huge impact on the interpretation of Christianity. Modern biblical studies tend to believe that at least four of his letters (Ephesians, 1 and 2 Timothy, and Titus) are not by the saint.

The linguistic style in these letters is unlike that used in the others. They also contain details that cannot be reconciled with what we otherwise know about Saint Paul and the church of his day. If these letters are not written by the saints, then some have questioned their value as Scripture.[10]