Pets have become a near-ubiquitous part of the human condition, and most pet owners will talk at length about the joy their pets give them. Some animals have even been known to do extraordinary things, such as save their owners in emergency medical conditions or put killers behind bars.

But there’s also a darker side to go with the joy. No one wants to believe that a beloved animal could ever cause a tragedy, but this list explores 10 cases where a pet did just that. 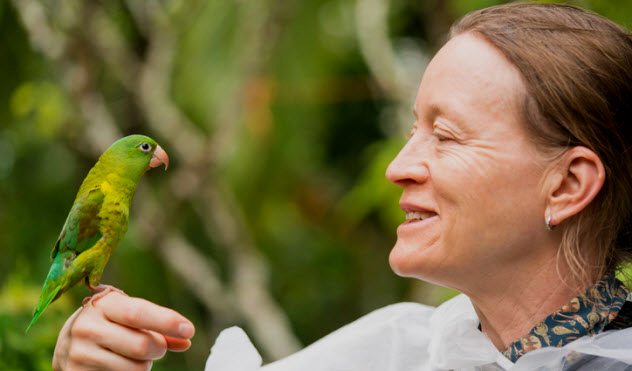 In September 1947, 66-year-old Fannie Stewart’s pet parrot, Dolly, landed on the kitchen stove and turned on the gas jets. Neighbors detected gas outside Stewart’s home and called the police, who arrived to find her unconscious in the kitchen.[1]

Rescue workers performed artificial respiration and revived Stewart, who explained that Dolly had turned on the gas jets once before. Stewart was taken to a medical center, where she suffered a stroke and died. 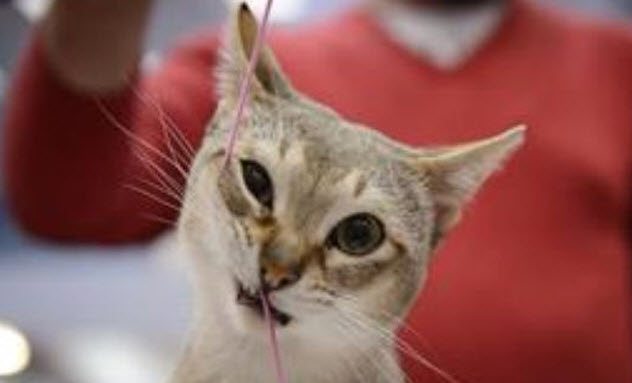 In 2016, a 68-year-old Toronto man arrived at Toronto General Hospital after suffering weakness, abdominal pain, chills, and sudden weight loss. Fearing sepsis, doctors performed an ultrasound and discovered that the man had an aneurysm in the abdominal section of his aorta, which ruptured. His aorta was repaired, and the man was treated with penicillin. But he died of septic shock 13 days later.[2]

When he arrived at the hospital, the man’s wife mentioned that he had been bitten by their cat four weeks earlier. In the case study, Dr. Dennis Cho states, “Only looking back did we realize this was probably the key to unlocking the true diagnosis.”

The cat bite had transmitted Pasteurella multocida, bacteria that is common in pets’ mouths. The man was a heavy drinker, which had compromised his immune system and increased his risk of complications from the bacteria. Doctors performed a test on pieces of the aorta wall and confirmed the infection. 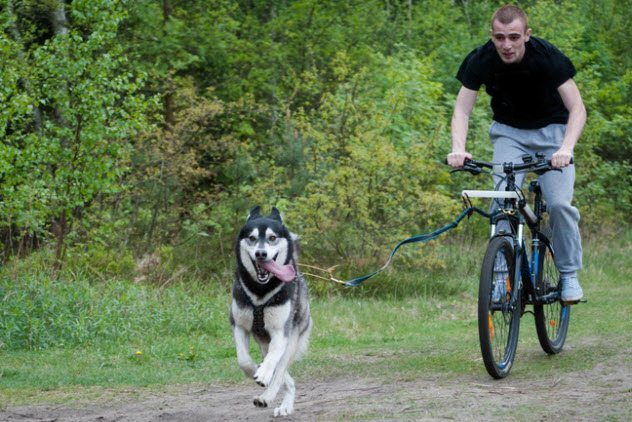 On her daily walks on the Los Alamitos Creek Trail in 2011, San Jose resident Beverly Head saw many bicyclists riding with their dogs leashed beside them. She worried for the animals and thought that it was unsafe. Little did she know that the practice would cause her own death.

While Head was walking on the trail, a bicyclist and his two Siberian huskies passed her. When one of the leashes caught her behind the legs, she fell and struck her head. The cyclist stayed behind until paramedics arrived. Head underwent surgery but succumbed to the trauma. 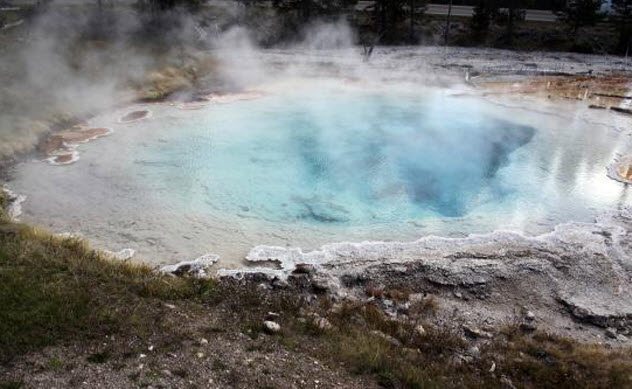 On July 20, 1981, 24-year-old David Allen Kirwan arrived at Yellowstone National Park with his friend Ronald Ratliff and Ratliff’s large dog, Moosie. The men parked near the Fountain Paint Pot thermal area and got out to look at the hot springs.

Moosie ran from the truck and jumped into the Celestine Pool, a hot spring measuring over 93 degrees Celsius (200 °F). Another park visitor tried to warn Kirwan not to enter the hot spring, but Kirwan yelled, “Like hell I won’t.”

He ran into the hot spring and then dove headfirst into the water in an attempt to rescue Moosie. He was unable to reach the dog and tried to climb out. Kirwan suffered third-degree burns over 100 percent of his body. His eyes were completely white, and his skin was peeling. He died the next day.[4] Perry Alvin Price III was an avid hunter who loved his tracking dog, a chocolate Labrador retriever named Arthur. On January 5, 2008, Price and Arthur went hunting with Price’s friend Daniel Groberg. Price shot a goose and placed his gun in the back of his truck, preparing to release Arthur to retrieve the bird.

Groberg heard a shotgun blast and ran to the back of the truck. He found Price shot in the thigh and bleeding. Grosberg tried to stop the bleeding, but Price had been hit in the femoral artery and was losing blood fast.

Groberg drove Price to the hospital, but Price succumbed to the severe blood loss. During the investigation of the tragic incident, muddy paw prints were found on the shotgun.[5] 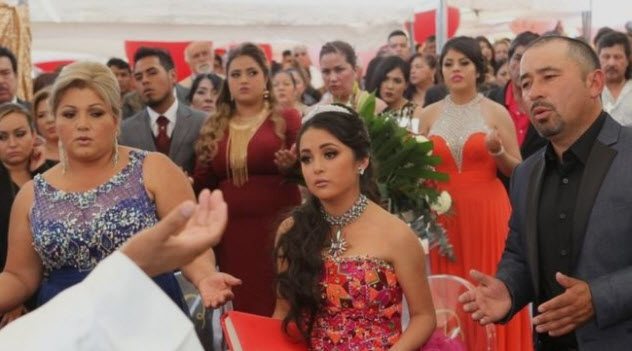 Mexican teenager Rubi Ibarra Garcia’s 15th birthday is a story of its own. Her father posted a video invitation to her quinceanera on Facebook, intending to extend it to family and friends.

The post was set to “Public,” though, and it went viral. Her father decided to go through with the plans, and thousands attended the party. Garcia’s party featured a traditional chiva, a horse race, but little did she or her father know that the chiva would bring tragedy.

During the chiva, 66-year-old Felix Pena, owner of the racehorse Oso Dormido, thought that all the horses had passed by when he decided to cross the dirt racetrack.[6] As he crossed the track, he was struck at high speed by his own racehorse. He was fitted with a neck brace and carried to an ambulance, but he died before reaching the hospital. 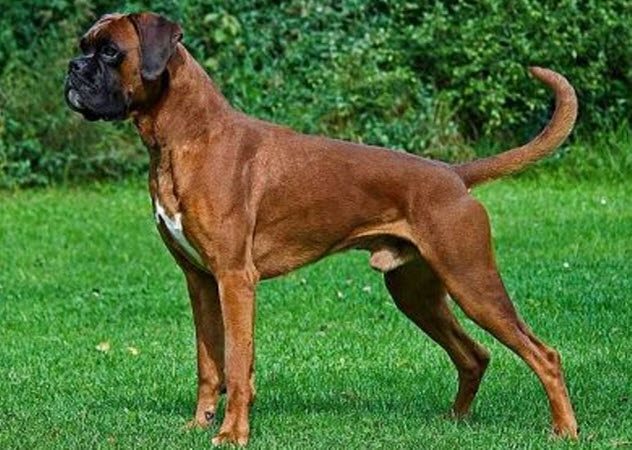 A Florida man, 68-year-old James Campbell, was returning to his home with his wife, Iris Fortner, in their van. When they reached the gate to their property, Campbell got out of the passenger side to open the gate while Fortner backed the van into the driveway.

Fortner opened the driver’s side door to see where Campbell was standing. In a freak accident, the couple’s pet boxer ran to the vehicle and jumped into the driver’s side, pressing the accelerator. Fortner was unable to stop the vehicle before it struck Campbell, trapping him underneath. Paramedics pronounced him dead at the scene.[7] 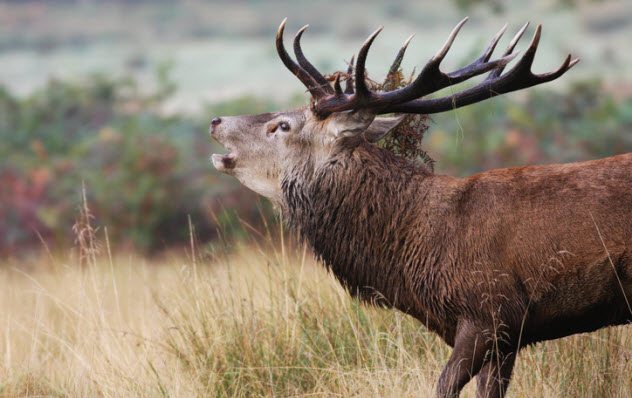 Many people are drawn to exotic pets, as was the case with 67-year-old Waskom, Texas, resident Gerald Rushton. He kept several exotic animals in pens behind his house, including a red stag he had raised from a fawn. He attempted to domesticate the animal. But when the stag felt the call of the wild, their relationship turned deadly.[8]

The stag was entering the rutting period (breeding season), which is associated with elevated hormone levels. Bucks in rut will spar and fight to establish dominance.

When Rushton entered the stag’s enclosure, the deer pinned Rushton against the fence with its horns, gored him, and trampled him. Rushton’s granddaughter saw the attack and ran to get help. When deputies arrived, they had to shoot the aggressive stag to enter the pen. Rushton was pronounced dead at the scene. A Virginia Beach woman, 25-year-old Amanda Ruth Black, worked at Pet Paradise in the reptile department. Black and her husband owned several snakes, including a 4-meter-long (13 ft) tiger reticulated python named Diablo. She had experience handling reptiles, but her familiarity with the animals could not save her from her own pet.

Black’s husband is in the navy and had been out at sea. On October 21, 2008, he returned to find his wife dead. Diablo’s glass container was empty, and a message on the whiteboard read “Medicate Diablo.”

The investigation revealed that she had died from asphyxiation by neck compression. She was attempting to give Diablo medicine with a syringe when the python used its deadly grip on her.[9] Florence Lenahan, a 74-year-old woman in Delaware, Ohio, devoted her time and property to helping horses, llamas, cows, cats, and dogs. She cared for many animals on her property on Lewis Center Road, but she was particularly fond of a llama named Baby Doll, whom she had bottle-fed as a baby.

One fateful day, Lenahan’s friend Kevin Scott arrived at her home and found Lenahan on the ground. She was conscious. Baby Doll had slipped on the wet grass running to greet Lenahan and had run into her, causing her head to strike the concrete.[10]

Lenahan suffered head and arm injuries in the collision and was taken to Riverside Methodist Hospital, where she died of her injuries. In conjunction with the Delaware County Humane Society, Scott made it his mission to find new homes for the animals Lenahan had cared for.

Sarah Albert has been a writer and editor since 2003. She holds a BA in English and a BS in Animal Behavior.

Read more stories about incredible pets on 10 Incredible Pets That Returned Home After Years Of Being Lost and 10 Pets That Put Killers Behind Bars.