The Inca Empire was prosperous from the mid-1430s to 1572 when Spain’s Francisco Pizarro conquered them. This civilization spread from most of Peru, Chile, Ecuador, and part of Southern Colombia. If you were lucky enough not to be part of the 25 percent of kids who died before age five, you would have had a tough upbringing. That doesn’t include all the strange and downright unsanitary things you’d have to endure.

10 The Ceremony That Killed Children 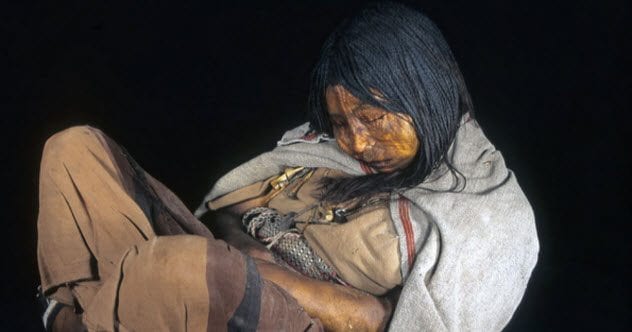 Yes, Incas sacrificed their kids! This may be more of how a kid died instead of lived in the Inca Empire. It’s crazy to think about, but this ritual (called capacocha) was used for special events like a ruler’s death or victory in a battle. It was actually an honor for the chosen child’s family to have their kid sacrificed on the highest mountaintop in Peru. Incas would also sacrifice children to the gods to prevent droughts, widespread illness, etc.

Before the ceremony began, the chosen children were brought to the city’s capital, Cuzco. Tons of citizens gathered to feast there before taking the child up the mountain to sacrifice him or her. Although they didn’t discriminate based on gender, most of the children’s mummies found by archaeologists have been girls.

The kid was given alcohol and poison to drink. This caused the child to vomit and slowly die on the mountain—which could have taken weeks or months to travel to. The child was left to freeze to death if extreme dehydration didn’t take her first. Sometimes, a child was suffocated or died from a massive blow to the head. 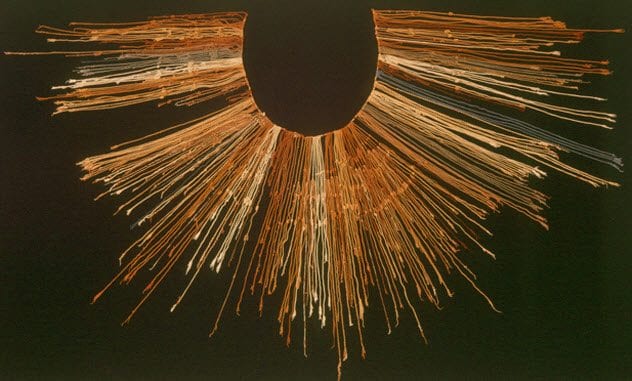 The quipu (pictured above) was the Inca’s way of recording and keeping data. Although we still don’t know how to read a quipu, we do know that the Incas were kind of ageist. About twice a year, they took a census to record the number of people in the empire and to put each individual into one of 10 classes.

The Incas divided their citizens into groups based on age, with those 25–50 years old considered the most prosperous and important to the empire’s economy. The Incas counted them first and considered them higher in class. Next came those who were 60–70 years old, followed by 18- to 20-year-olds, then 10- to 17-year-olds, 5- to 9-year-olds, toddlers, and finally, babies.

This shows that young kids were not seen as beneficial to the Incas. It sounds terrible because the Incas did rely on sacrificing children. Their elders reportedly beat kids often until the children surpassed age nine—probably because kids really needed discipline in this empire. 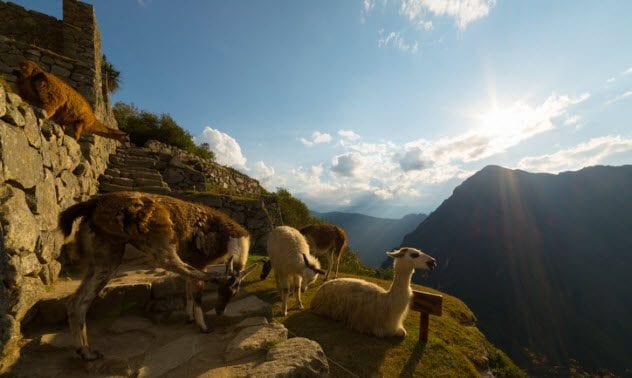 Inca children, especially girls younger than nine, knew how to spin yarn made from llama and alpaca fur. Spanish drawings of the civilization show representations of Inca girls doing household chores at around five years old. They also knew how to brew beer.

Still, kids could not drink beer or eat certain foods like sugary, fatty types. They needed to be as healthy as possible for marriage. Teen boys were like shepherds to their llamas while the younger boys started learning how to trap birds and guinea pigs. Incas ate guinea pigs as a common dish.

Unsurprisingly, young girls were expected to be submissive and had to stay away from men until they were put in arranged marriages. They probably didn’t appear to be very feminine at first to the Spanish conquistadors because these girls had to keep their hair cut short and didn’t wear shoes. Their entire lives were spent in preparation for marriage and taking care of a family.

7 Sick Kids Had To Sit In Pee 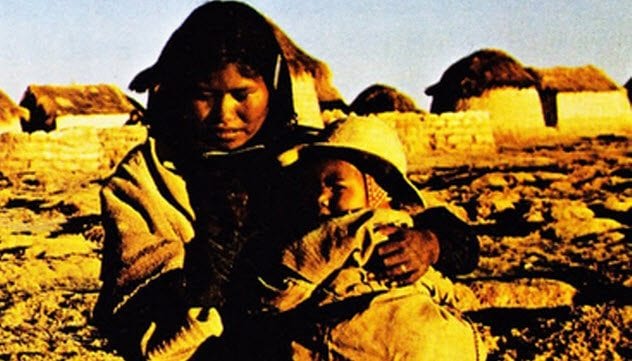 Getting a fever, like all kids do at one point or another, was a dreaded thing. At least, it probably would be for us now. This is because soaking in a huge tub filled entirely with the family’s urine supposedly healed kids who had a fever.

6 The Babies And Toddlers Were Treated More Like Things 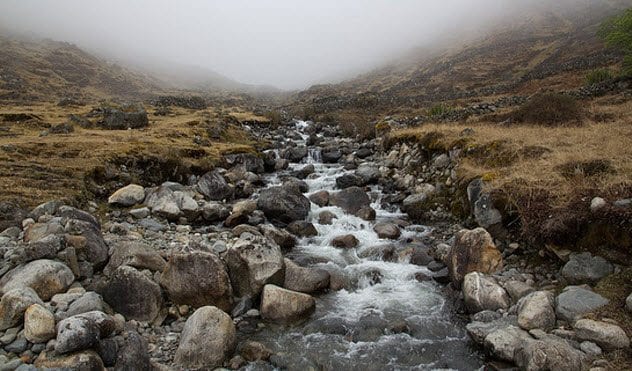 A Spanish priest recorded how mothers took care of their babies. For fear of giving the babies too much attention or causing them to be constantly needy, the mothers would take the babies to a cold stream in the mountains and bathe them for days.

It wasn’t until the toddlers were two that they earned a name and official place in the family. This was probably because so many newborns and toddlers died in 15th-century Peru. The baby would continue to be taken to these “freezing baths” until they were about two years old. The mother would refrain from even hugging the baby in these early years of the baby’s life.

Of course, a mother would make a pouch sling that wrapped around her back. The baby would sit in the sling while the mother gathered herbs and did other outdoor chores. Once the baby turned two, he or she had a ceremony called rutuchicoy where family members and neighbors gathered to watch the child’s hair be cut for the first time.

5 Schooling Was Surprisingly Not Sexist (Sort Of) 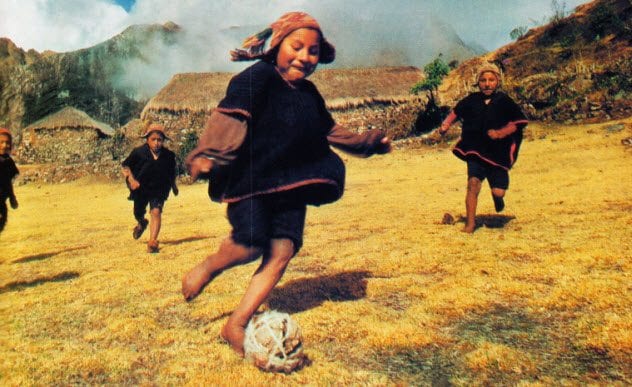 Inca children between the ages of about eight or nine were taken from their homes to attend different schools. The girls and boys may have had different and separate learning to do, but they were fairly equal in their training.

Boys learned Quechua, the language spoken by the Incas. Meanwhile, the girls learned about brewing beer, Inca religion, cooking, and other special skills they would have to use every day.

Of course, only the prettiest girls were selected to go to these special houses for the aqllakuna, which is the word for these chosen women. The boys were also taught about their religion and history at these four-year schools in Cuzco.

It’s not uncommon for some cultures now to separate their females and males. The Incas seemed to be all about class status. Those pretty aqllakuna either became priestesses or wives to men in higher stations. The Sapa Inca, who was their leader, had hundreds of wives.

Noble or not, boys had to go to school to become warriors or husbands and trappers. It was common for boys to know how to farm. It should be noted that only the richer families could send their kids to school.

4 Changing Clothes Was Important If You Were A Kid 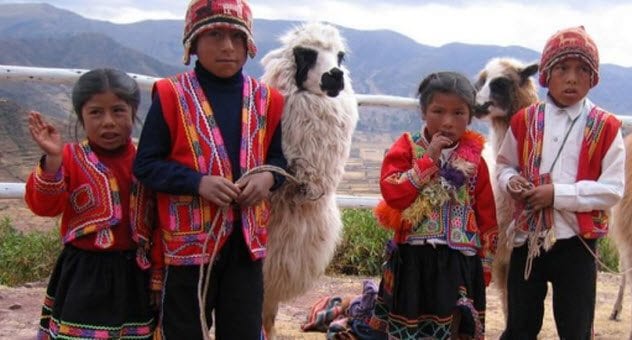 At about age 14, boys changed out of their rags (if they were poor) and wore loincloths to symbolize that they had become men. This is largely because children could marry by the time they were in their teens.

At this age, boys also started putting large plugs in their earlobes. As the years went on, they continued to slowly increase the size of the plug earrings so as to stretch out their ears.

As boys continued to grow into men, they carried around pouches that were like purses. There, they kept coca leaves to chew on. The leaves were also good luck charms that were held close to their persons.

This shows that the girls were not given as much in terms of accessories or clothing. Nowadays, women are the ones who wear earrings and carry purses. Of course, young women wore dresses longer than the men’s tunics.

Fun fact: The Sapa Inca only wore a new outfit once. Then it was burned. Some nobility (such as the wives and sons of the Sapa Inca) wore clothing more than once but still wore many outfits. The Incas were masters in textiles and clothing, so they had many tunics and dresses along with blankets. 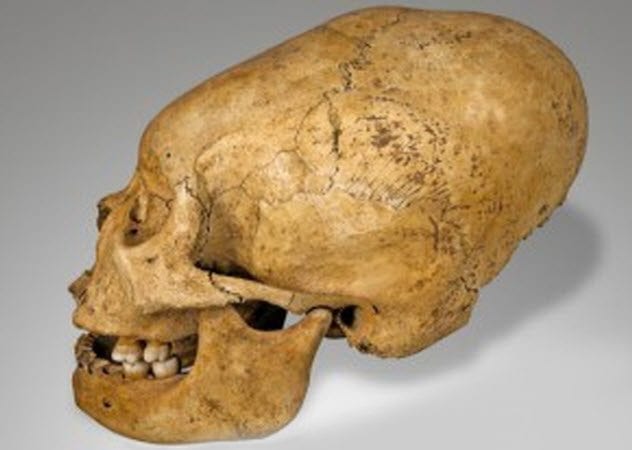 From the time that Incas were babies, their parents would wrap their heads to deform them to look like cones. Since younglings have soft skulls, it is easy to transform them into any shape.

It’s believed that the Incas did this out of the belief that the higher the head, the higher the mind and the closer to their gods. In some cultures, this practice is still in use today. It was very common among the Maya and other ancient civilizations.

Archaeologists found holes in some of the Incas’ skulls due to head injuries. Carving out a hole helped with the swelling if the Incas fought each other too violently with clubs. Surprisingly, this was a common practice.

2 Kids Were Probably Introduced To Sex And Marriage Too Young 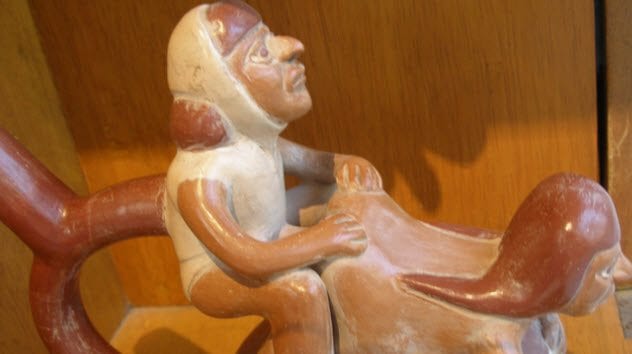 The discovery of pots and statues of people in sexual positions shows that the Incas were accepting of all sexual activity. It was a cultural understanding that the Incas would have sex before marriage with their prospective spouses. It was also expected that young Incas would have a few lovers before marriage. Homosexual sex was also depicted on pottery.

Although it may seem that the Incas were more progressive in the areas of marriage and sex than some of today’s cultures, chastity was still expected of those chosen women (aqllakuna) until they were married. Knowing that girls were married between the ages of 12 and 14, this means that most of them must have been sexually active before then.

In fact, the Incas separated genders into three groups without much evidence of discrimination. There were straight men, straight women, and a third gender group that included transgender and homosexual individuals. This group was called Tinkuy. So it was possible to be a young homosexual child without feeling the need to hide from society.

1 Marriage Was More Of A Business Trial 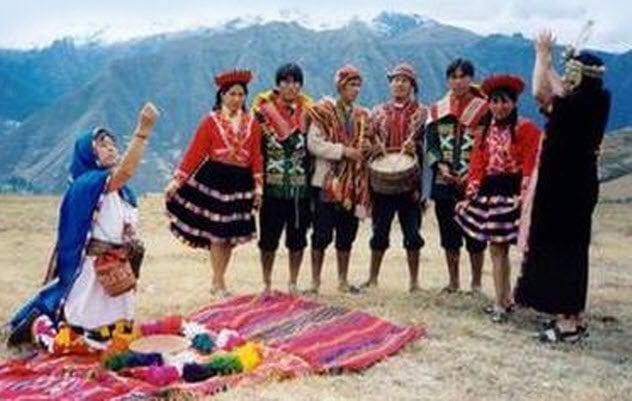 Men married at a reasonable age (around 20–25 or in their late teens), but women were often married before ages 14–15. The marriage ceremony was more of a business agreement between the two families. There was a feast, though, and a bit of a celebration. It’s believed that this ceremony was fast and not necessarily happy.

Every year, the leader of each village in the empire would line up all the available boys and girls and pair them off in arranged marriages. If two men wanted to marry the same woman, the parents would have to present reasons to the leader why their son should win her hand. The leader made the final decision, though.

Men of a lower status could only marry one woman. Luckily, the spouses were given a trial period of a few years. If the girl was not happy, she could return home. If the husband wasn’t happy with his wife, he could send her back to her home. It was the custom for the girls to move in with the husband after the husband’s family built them a home.

After studying anthropology at Purdue University along with video production and creative writing, Kate decided to go to LA to earn a graduate degree in writing and producing for television. She strongly believes that everyone can learn a lot from informational television, especially from those programs that focus on history.