Whenever celebrity meltdowns are mentioned in the media or even just in casual conversation, people almost immediately think of the music industry first. And who could blame them; just think of the past antics of Britney, Kanye, Chris Brown, Lil Wayne, and Justin Bieber.

However, the movie industry has had its fair share of insane meltdowns as well. Most of the following incidents not only cost the celebrities involved their credibility but also, in some cases, their fans. 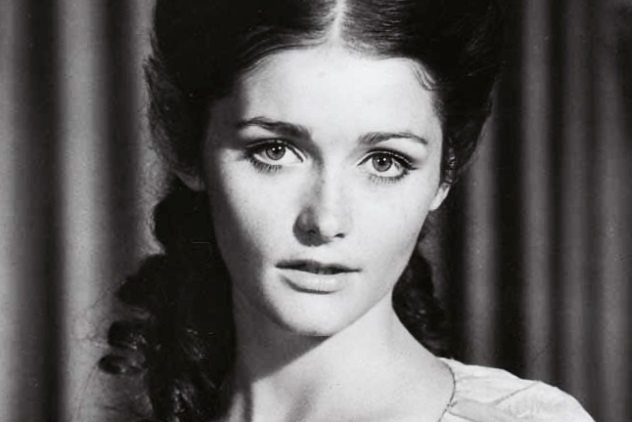 Margot Kidder is probably most well-known for her role as Lois Lane in the Superman films, in which she starred opposite Christopher Reeve. She went on to star in the 1973 thriller Sisters as well as 1979’s The Amityville Horror. Unfortunately, Kidder also suffers from bipolar disorder, which led to a terrible nervous breakdown and manic episode.

In April 1996, Kidder’s manager reported the actress missing. Police found her three days later, hiding in some bushes behind a house in Glendale, California.[1] When discovered by the officers, she exclaimed that she had been attacked by an unknown assailant and was in hiding. She was dirty, wearing old clothing, and had hacked off her hair with a razor blade to become “unrecognizable.”

Kidder was held in a psychiatric facility for 72 hours, and drugs and alcohol were not determined to have played a part in her meltdown. After this incident, job offers didn’t stream in for the actress, and for a while, she had to make do with small guest roles. However, she is doing much better now and even won an Emmy award in 2015 for her role in R.L. Stine’s The Haunting Hour.

Alec Baldwin boasts a prolific career with several leading and supporting roles in movies and TV shows. These include Beetlejuice, Working Girl, Pearl Harbor, and The Departed as well as 30 Rock, Nip/Tuck, and Will & Grace.

Things started going south for Baldwin in 2007 when a voice mail (embedded above) emerged that he had left for his then-11-year-old daughter in which he called her a rude, thoughtless little pig. In 2011, he was kicked off an American Airlines flight after refusing to switch off his cell phone when the plane was ready for takeoff. He was abusive and used offensive language toward the airline employees, according to a company statement after the incident.[2]

In 2013, a Daily Mail article slammed Baldwin’s wife for tweeting during actor James Gandolfini’s funeral. In turn, Baldwin blasted the writer of the article in a long Twitter rant which included several offensive gay slurs. These days, Baldwin is involved in Saturday Night Live as a Donald Trump impersonator but has recently hinted that he might be quitting this gig. 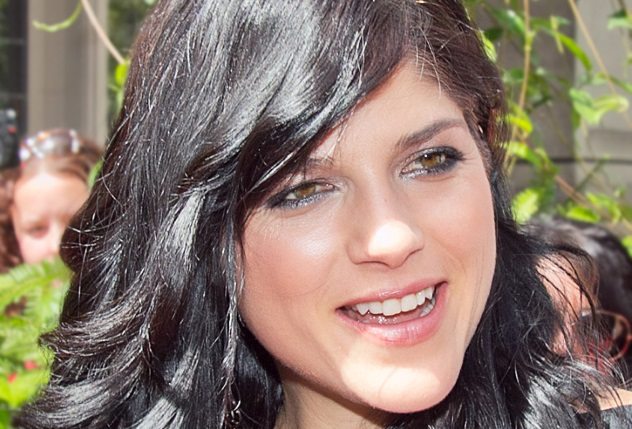 Selma Blair got her breakthrough in acting by being offered a role in the popular teen movie Cruel Intentions, released in 1999. She went on to star in Legally Blonde, Hellboy, and The Fog as well as the sitcom Anger Management. Blair has also been the face of a couple of fashion houses, including Chanel.

In June 2016, Blair and her four-year-old son were flying back to Los Angeles from Mexico. She was in the middle of drinking a glass of wine when she burst into tears and suddenly started ranting about an unnamed man who “burns [her] private parts” and beats her. Blair also yelled that this man wouldn’t let her eat or drink and that he was going to kill her.[3]

Blair apologized for the embarrassing incident afterward. A couple of months later, she stated that she’d taken a tablet with the alcohol, which caused her to have a psychotic blackout. 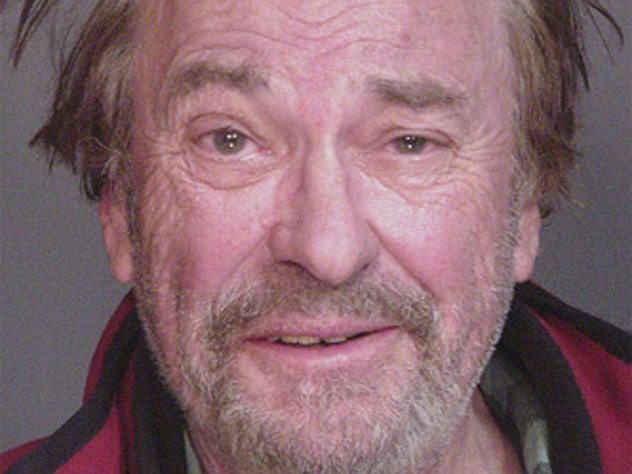 Elmore Rual Torn Jr., better known as Rip Torn, is a celebrated actor with six Emmy nominations and a win in 1996, an American Comedy Award, and two CableACE awards. Torn debuted his film career in 1956 but is arguably most well-known for his later roles in Men in Black and RoboCop 3.

For some unknown reason, Rip Torn decided to get drunk one night in January 2010 and break into a bank in Salisbury, Connecticut. He triggered the alarm after breaking a window to get inside the building. When police found him, he had a loaded gun in his possession and was “highly intoxicated.”[4]

The actor pleaded guilty to all the charges against him, which included carrying a firearm without a permit, trespassing, and first-degree burglary. He received a suspended sentence and is now subject to random narcotics and alcohol testing.

Mischa Barton, Rambling, Incoherent … She Says After Being Drugged | TMZ

Mischa Barton started her acting career on the stage and moved on to TV before landing a starring role in the movie Lawn Dogs, released in 1997. She also played roles in Notting Hill and The Sixth Sense but is probably most remembered for her role as Marissa Cooper in the TV series The O.C.

Barton’s personal life hasn’t been the easiest, with an arrest for driving while intoxicated and possession of marijuana in 2007 and being sued for rent money by her landlord in 2010. In January 2017, footage emerged of Barton seemingly high and ranting while hanging over a fence in her backyard. Screaming things like, “We’re dying,” and “Oh, you f—ing witch,” (referring to her mother) moved her neighbors to call 911.[5]

Later on, Barton released a statement saying that she had been drugged with GHB, a date rape drug, while out celebrating her birthday with friends. 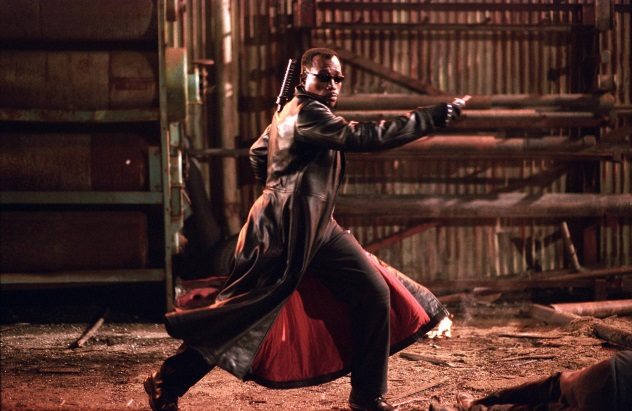 Think of Wesley Snipes, and the Blade movies spring to mind. Snipes holds black belts in Shotokan karate and Hapkido and has won several awards, including Best Actor, Outstanding Lead Actor, and Favorite Actor. In a dramatic twist away from his acting career, Snipes ended up in prison after being sentenced for three years for tax evasion. He reported to federal prison in 2010 and was released in 2013.

Years before this, during the filming for Blade: Trinity, Snipes became angry with director David Goyer. He called the director a racist after seeing another black actor wearing a shirt that had the word “Garbage” on it. Snipes didn’t realize that it was the actor’s own shirt. Things got so heated between him and Goyer that he ended up trying to strangle the director.[6] Afterward, Snipes and Goyer communicated via Post-it notes until filming was completed. 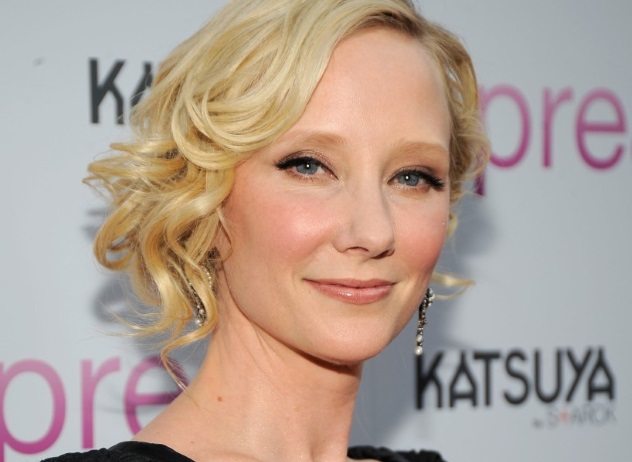 Anne Heche starred in a daytime soap opera before gaining fame with films such as Donnie Brasco, Volcano, and Six Days, Seven Nights. These were all released in the 1990s, and Heche’s career slumped at the start of the new millennium. She accepted roles in independent films and also got roles in TV series like Men in Trees and Hung, among others.

In 2000, shortly after her breakup with Ellen Degeneres, Heche, clad in only a bra and shorts, drove to Cantua Creek and walked more than 2 kilometers (1.2 mi) through the desert, only to knock on the door of a random house.[7] Heche asked the owner, Araceli Campiz, for water and later also asked if she could take a shower. When Heche made herself comfortable in Campiz’s living room, the woman called the police. When they arrived, Heche started telling them that she was God and would get a spaceship to take everyone to Heaven.

Heche admitted afterward that she had taken ecstasy before driving and also stated that she created an alter ego for herself who was the daughter of God and half-sister of Jesus. This persona was called Celestia and could communicate with aliens. Heche also stated that she did this to feel safe after having been sexually abused by her own father as a child.

Martin Sheen is well-known for his roles in Apocalypse Now, The Departed, and The Amazing Spider-Man. He also starred in The West Wing. He has won a Best Actor award for his role in Badlands as well as a Golden Globe and two Screen Actors Guild awards for The West Wing.

What some may not know, however, is that Sheen had an alcohol-fueled meltdown while filming Apocalypse Now. After getting the role relatively late into filming, Sheen’s real-life troubles immediately shone through in his acting. He was struggling to stay sober and get into character. While filming the opening scene, Sheen consumed copious amounts of alcohol while getting increasingly frustrated at not being able to nail the scene. Eventually, he burst into tears and lashed out violently, breaking a mirror. Bleeding and sobbing, he sank to the floor, the cameras surrounding him and catching every moment of his breakdown.[8]

The scene was used as-is in the movie.

Unfortunately, these days, Shia LaBeouf is remembered more for his meltdowns than for his acting. Before Disturbia and Transformers, LaBeouf won a Daytime Emmy Award and was also nominated for a Young Artist Award. He also starred in Indiana Jones and the Kingdom of the Crystal Skull and Lawless, among other films.

In 2011, he got into a fistfight with a patron at a bar, and in 2014, he was arrested again for disorderly conduct at Studio 54 in New York. In July 2017, LaBeouf was arrested for public drunkenness. He hurled racial remarks at the officers, telling one of them he’s going to Hell because he’s black. Just two months before this, he was kicked out of a bowling ally for screaming and shouting at a bartender.[9]

LaBeouf has also displayed strange behavior, such as wearing a brown paper bag over his head to the premiere of his controversial film, Nymphomaniac, in 2014 and appearing in a very weird music video with Maddie Ziegler.

Having started out his career when he was cast in Steven Spielberg’s Empire of the Sun at the age of 12, Christian Bale went on to great success with American Psycho, The Machinist, and his portrayal of Batman. The 2010 film The Fighter earned him an Oscar for Best Supporting Actor.

In 2008, Bale lost his cool on the set of Terminator Salvation. Director of photography Shane Hurlbut had walked onto the set for a second time during a scene, breaking Bale’s focus. Bale started swearing (39 expletives) and hurling insults at the man, calling him an amateur and threatening to physically assault him. He ended off his tirade by saying he would not step back onto the set if Hurlbut walked on again during filming.[10]

After the recording was released, several actors and directors spoke out in defense of Bale’s actions. Naturally, many parodies also followed. A week after the recording was made public, Bale apologized for his behavior during a radio station interview and stated that he and Hurlbut had resolved their differences.

For more instances of famous people loosing their cool, check out Top 10 Infamous Recorded Outbursts and 10 Writers Who Took Themselves Way Too Seriously.