The Prime Minister of the United Kingdom of Great Britain and Northern Ireland is the political leader of the United Kingdom and the leader of the executive branch of government. The Prime Minister is a Member of Parliament, and in his executive capacity, is accountable to Parliament. The post is generally acknowledged to have begun with Sir Robert Walpole on 4th April 1721 when he obtained the post of First Lord of the Treasury. The incumbent Prime Minister is Gordon Brown, who took over from Tony Blair on 27th June 2007. 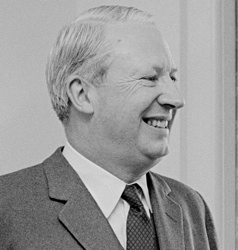 Edward Heath was Prime Minister from 19th June 1970-4th March 1974. His time was difficult, particularly with domestic problems in Northern Ireland and tremendous industrial unrest. One of his great triumphs was the 1973 Sunningdale Agreement, which while short-lived, was the first real attempt by a Prime Minister to put a stop to ‘The Troubles’ in Northern Ireland. However, what Heath is most remembered for is bringing the UK into the European Economic Community. He called an early election and after inconclusive results he resigned. 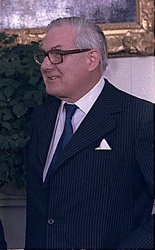 Possibly the most controversial on this list, James Callaghan was Prime Minister from 5th April 1976-4th May 1979. He had a minority government and relied on coalitions to survive. His premiership was largely unsuccessful, with the 1970’s economic crisis dominating his time in office. In March 1979 a Motion of No Confidence was raised against him in the House of Commons, which was passed by one vote. He was therefore forced to call elections, and was defeated by Margaret Thatcher. 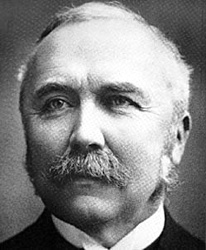 Sir Henry became Prime Minister on 5th December 1905 and left office on 7th April 1908. His short term as Prime Minister brought one great success. He negotiated the Anglo-Russian Entente, which among several other things gave Afghanistan official recognition as a British Protectorate by Russia. The Anglo-Russian Entente was the final part of the Triple Entente between the UK, France and Russia. Although not a military alliance, the 3 powers fought as allies for the greater part of World War I, which undoubtedly weakened the Central Powers to an extent they could be beaten. He also introduced ‘sick pay’ and pensions for the elderly. He resigned due to poor health and died just two weeks after leaving office. 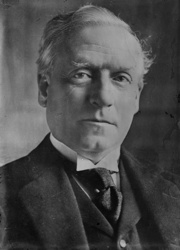 Herbert Asquith was Prime Minister through much of World War I. He took office on 7th April 1908, and served for over 8 years, resigning on 5th December 1916. The most notable success of his time as Prime Minister was his conduct in World War I, however, he also brought in National Insurance, which is often forgotten in history. Importantly, he also attempted to allow devolved government in Ireland through the Home Rule Act of 1914, however, due to the outbreak of World War I, this was postponed and led to even more unrest in Ireland. He was the first Prime Minister to take the radical step of allowing devolved government in a member of the United Kingdom. Asquith is also commended for bringing in the Parliament Act of 1911, which reduced the power of the House of Lords so they could only delay, and not outright reject a bill passed from the House of Commons. He resigned on 5th December 1916 and left office on 7th December. 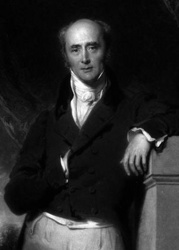 Better known as the Earl Grey, he took office on 22nd November 1830 and left on 16th July 1834. His most notable achievement was the abolition of slavery throughout the British Empire. He also introduced new measures to protect children, in restricting the ways in which they could be employed and the manner of work they could undertake. The Earl Grey reformed the electoral system through the Reform Act of 1834, which created new parliamentary seats for expanded towns and cities. This act also increased the numbers in the electorate who could vote. However, he specifically stated that women may not vote, and so sparked the beginning of the Suffragette Movement. In 1834 he quietly retired. 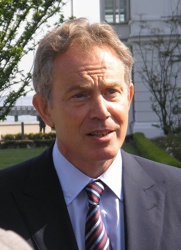 Tony Blair was Prime Minister from 2nd May 1997-27th June 2007. Despite the highly unpopular war in Iraq, and the Cash for Peerages scandal, Tony Blair will go down in history as one of the great British Prime Ministers. His tenure included huge successes including the devolution of government to Scotland, Wales and eventually Northern Ireland; the popular House of Lords reform; the introduction of the Minimum Wage; the Civil Partnership Act of 2004 which allowed same-sex couples the same rights as heterosexual married couples. His most notable achievement from this was that of the St. Andrews Agreement of 2006, which set out a timetable for a new devolved government in Northern Ireland. The situation in Ireland had plagued Prime Ministers since the turn of the 20th century, and the Belfast Agreement of 1998, followed by the St. Andrews Agreement marked a turning point in the politics of Northern Ireland. Tony Blair resigned on the 27th June 2007, angering many over his failure to serve a full term, despite promising to do so.

William Pitt (the Younger) served as Prime Minister on a number of occasions during the late 18th and early 19th centuries. He was first Prime Minister in 1783, and finally on 23rd January 1806 when he died. He is the youngest Prime Minister ever entering office at the age of 24. He was the first Prime Minister publicly opposed to the Slave Trade, and acknowledged the problems associated with the colonies. William Pitt was disgusted that Louis XVI of France had been executed, and went to war with the post-revolutionary France in 1793. Possibly the most memorable event during William Pitt’s tenure is the Act of Union 1800. This merged the Kingdom of Ireland and the Kingdom of Great Britain to form the United Kingdom of Great Britain and Ireland. 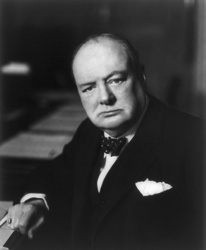 Winston Churchill served as Prime Minister 3 different times throughout the 1940’s and 1950’s; however, his most important term was his first, which lasted from 10th May 1940-23rd May 1945. He is held in history as one of the greatest wartime leaders of all time, with his time in office lasting throughout the Second World War. Possibly his greatest attribute was his ability to make rousing and emotionally charged speeches to retain a high morale in the British people through the darkest days of World War II. He was quickly voted out after the end of the War, which was probably for the best, as he was largely seen as an incompetent peace time leader. This is possibly most obvious through his own words, as Churchill entered office by declaring, “I have nothing to offer but blood, toil, tears and sweat.” 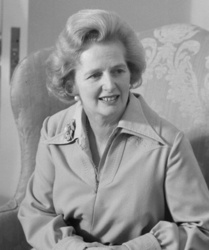 Margaret Thatcher entered office on the 4th May 1979, and left on 28th November 1990. She was the first, and as of 2007 the only female Prime Minister in the UK. The first test during her premiership was that of the Hunger Strike during 1981. During it, a number of members of the IRA went on hunger strike in an attempt to regain their status as Political Prisoners. She became known for her hard line attitude, stating publicly that she didn’t care if the hunger strikers were to die. This attitude was reinforced later that year during the Iranian Embassy Siege. The Falklands war of 1982 and her conduct of it cemented her position as a national hero. Thatcher’s efforts and successes in decreasing the power of the Trade Unions, and her handling of the Miner’s Strike of 1984-1985 also helped secure her already positive legacy. She is also remembered for her privatization of many government-owned industries. Her demise is often described as the greatest political downfall in British history. Despite still being incredibly popular among the British people, Thatcher was voted out by her own party and effectively ruined by her Cabinet. She retired as an MP in 1992, however, she is still an active member of the House of Lords today. 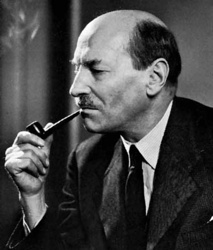 Clement Atlee was Prime Minister from 27th July 1945-26th October 1951. He won a landslide victory over Winston Churchill and was the first Labour Prime Minister to have a majority in the House of Commons. During his term he allowed India to have independence, in a move largely seen as the end of the British Empire. Thus, he moved the UK into the modern era on the world stage, while also reducing British power and influence. This structural change to the Empire allowed for the beginning of the Commonwealth. Undoubtedly his greatest achievement was the introduction of the National Health Service which gave healthcare universally to the whole population. Notably, he was also very successful in the difficult task of moving from a wartime economy to a peacetime one. As the first rumblings of the Cold War began, Atlee secured the position of the UK as a loyal ally to the United States of America in an alliance that has lasted to this day. In 2004, Atlee was voted as the greatest British Prime Minister of the 20th century by MORI; an opinion which is also largely held by the British public. He lost power in the 1951 General Election and died in 1967.