Space is a bit of a problem for religion. Most of the world’s major faiths started thousands of years ago, when we still thought the whole universe revolved around our planet, and now that we know that isn’t true, things are getting a little sticky for theologians.

Life might be out there, beyond the stars, and that changes things. After all, if God and His prophets came to enlighten life on Earth, what in the world happened on Kepler-186f? And what if all those crazy stories about UFOs are true? If there are life-forms out there that are smarter than humans, and are already using spaceships to abduct hillbillies and leave pretty designs in cornfields, what does that say about us?

It’s enough to send a holy man into an anxiety attack. Is there life on other planets? Did God visit them? And, if so—does He like them more than us? Every religion has had to tackle these problems and, of course, the most important problem of all: If there are aliens on other worlds, how are we going to track them down and convert those heathens?

10 Catholicism: There Are Aliens, But No Alien Jesus 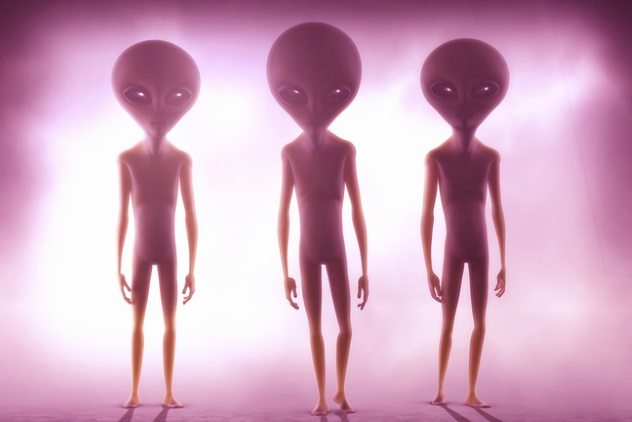 Since 1582, the Vatican has hosted an observatory dedicated to staring out into outer space, and after more than 400 years of looking, they’re convinced that life is out there. The Vatican’s chief astronomer, Father Jose Funes, has gone on the record saying that it’s just a matter of time before we find extraterrestrial life. And one of his astronomers, Guy Consolmagno, says that those aliens have souls.[1]

But there’s no alien Jesus, the Vatican insists—just a planet full of heathen extraterrestrials that are all doomed to go to Hell. “The incarnation of the Son of God is a unique event in the history of humanity of the universe,” Father Funes said. “The discovery of intelligent life does not mean there’s another Jesus.”


9 Mormonism: Adam, Eve, And God All Came From An Alien Planet 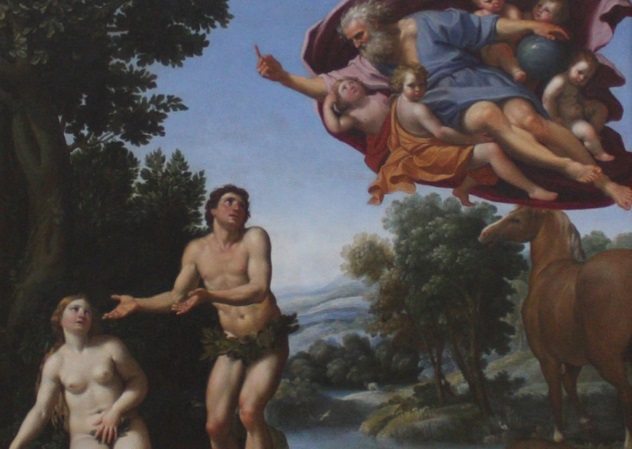 Joseph Smith believed there was life on other planets, too, but he didn’t think they were heathens. Way out in space, at the farthest start from Earth, he taught his followers, is a planet called Kolob—and that planet is God’s home.

Joseph Smith didn’t just say that God was an alien, though; he said that humans are aliens, too. Adam and Eve, he said, “came here from another planet.”[2] And, since every person alive is descended from them, every person on Earth is an extraterrestrial.

The Mormon church doesn’t believe we’ll ever make it home, though. In fact, they were so sure of it that months before Yuri Gagarin became the first man in space, church president Joseph Fielding Smith swore: “We will never get a man into space.”

8The Nation of Islam: Elijah Muhammad Is Flying Over The Earth In A UFO 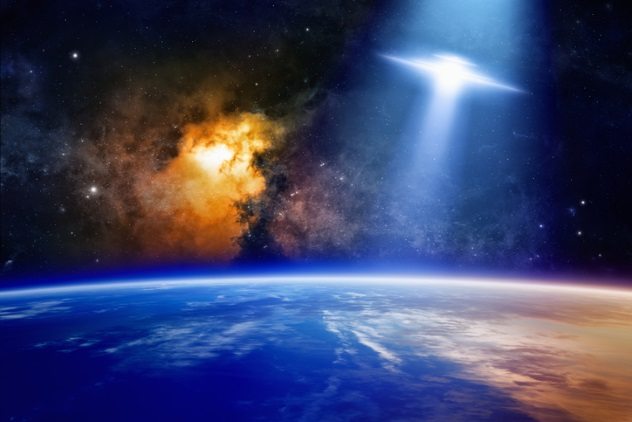 What white people call UFOs, Elijah Muhammad once told his followers, are, in fact, flying wheels called “Mother Planes,” and they’ve been orbiting the Earth since Biblical times.

According to the Nation of Islam, there are UFOs in the Bible. He claims that a cloud Ezekiel spotted in the sky was actually a UFO built thousands of years ago in Japan, which, apparently, is way further ahead in technology than we thought. There have been 1,500 of these UFOs orbiting the Earth for the past few thousand years, most of which are hiding in a gigantic wheel that may one day destroy the planet.

It’s one of the crazier tenants of the Nation of Islam, but they haven’t backed down on it. “There’s enough evidence that has been put before the world and public,” Ishmael Muhammad, Elijah Muhammad’s son, said just a few years ago. “I don’t think you would find too many people that would call it crazy.”

Some of the religion’s followers take it even further. Elijah Muhammad, they insist, never actually died. Instead, he was brought back to life after his heart attack—and now he’s in one of those UFOs, flying above the Earth, waiting until it is time to return.[3]

7 The Calvary Chapel: UFOs Are Angel-Human Hybrids Trying To Seduce Our Women 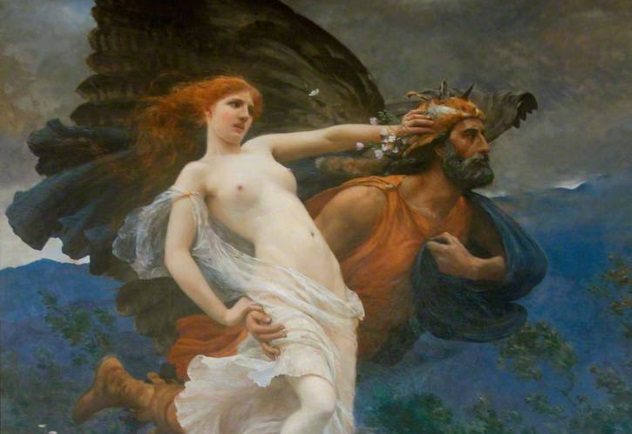 According to Chuck Missler, a former preacher at the Calvary Chapel megachurch, UFOs are real—and they’re a sign that we’re in the end of times.

Reports of UFOs, Missler has said, are “too frequent—and consistent—to ignore.” It’s an alien invasion. “The UFOs, and the increasingly widespread abductions [are] part of the preparations,” he insisted, for a “future global governance.” In time, he promises, a human will use his connections with aliens to take over the world, and the apocalypse will begin.

The UFOs, he believes, are being piloted by the Nephilim, a group of hybrid angel-humans described in the Book of Genesis. And their goals are simple: They want our women.[4] He believes that the Bible has coded messages telling us that these aliens are “giving themselves over to fornication” and that they’ve come to our planet to sleep with Earth babes.

Christians, though, are safe. “A Christian cannot be abducted,” Missler has said. Or, at least, not unless they go willingly.

6 Judaism: Aliens Exist, But They Don’t Have To Follow The Commandments 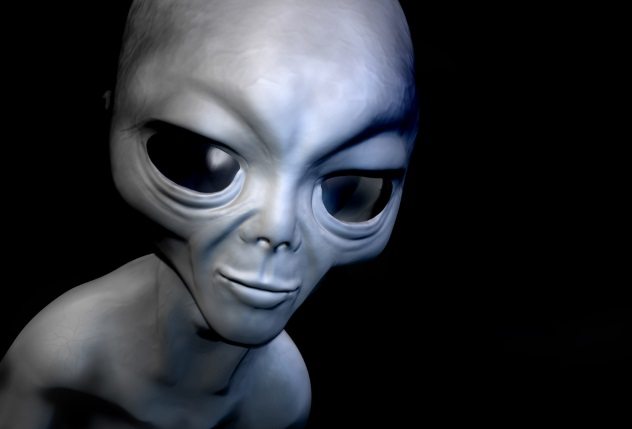 Jewish philosophers were weighing in on alien life long before others. Way back in the 14th century, Rabbi Hasdai Crescas wrote an entire treatise on extraterrestrial life.[5]

Aliens, the rabbi concluded, almost certainly exist. Since God’s power is limitless, there are a limitless number of worlds, and God didn’t create them to be uninhabited. Life, he has argued, must be on other planets, but that doesn’t mean it’s like ours.

Rabbi Crescas argued that aliens haven’t been part of God’s covenant with the Jews, meaning they aren’t held to the Ten Commandments—so they can sin all they want. And modern Jewish philosophers seem to agree with him. The 20th-century philosopher Rabbi Aryeh Kaplan has said that aliens “do not have free will, and therefore do not have moral responsibility.”

So, there are aliens, but they can get away with committing as many sins as they want.


5 Buddhism: The Dalai Lama Says Aliens Are Just Like Us 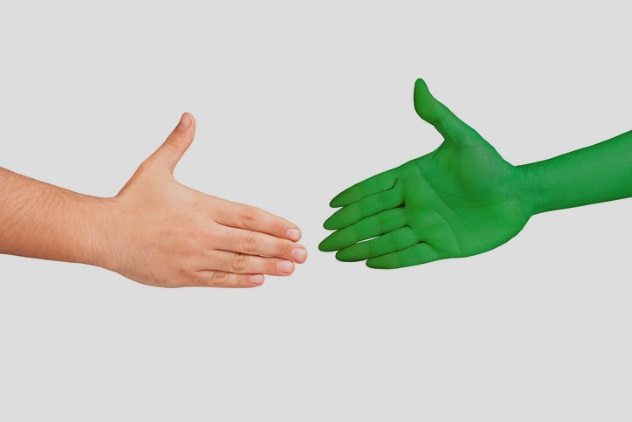 The Dalai Lama is less worried about aliens’ immortal souls—he’s just worried about how we’re going to treat them. Because, as far as he’s concerned, just because they’re green, scaly, tentacled monsters doesn’t mean they’re any different from us.

“Same sentient beings,” the Dalai Lama told a crowd. “Maybe a little different sort of shapes, but basically the same.”[6]

His worry is that, after first contact, humans would start to define themselves as “human beings” and aliens as “strangers.” If we treat aliens as aliens, he said, we’d end up building anxiety and fear that might erupt into an intergalactic war.

“We can immediately shake hands,” the Dalai Lama said, as soon as we can make contact with aliens. Then, after a short pause, he clarified: “If they have some sort of similar hand there.”

4 Hinduism: UFOs Are The Flying Castles Of Demon-Kings 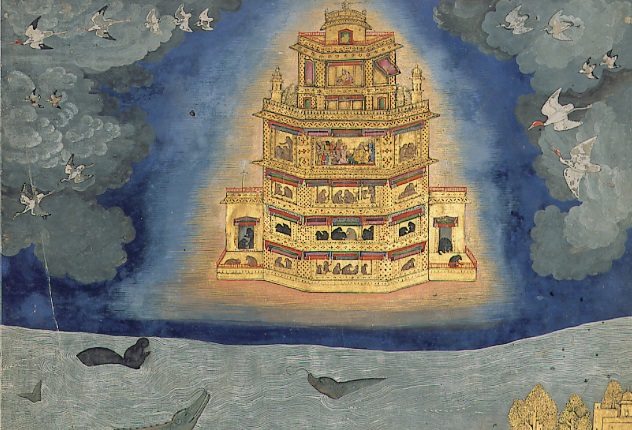 One American-born Hindu, Stephen Knapp, is pretty sure he knows exactly who is piloting those strange lights people keep seeing in the skies: the demon-king Ravana.

Knapp believes that UFOs are actually vimanas, flying palaces and chariots that, according to some ancient Hindu texts, were created by Lord Brahma to let the demigods fly through the air. The flying castles of demigods, in some texts, are said to look like the Sun or like a bright cloud in the sky, and Knapp believes that’s exactly what people are seeing when they have a close encounter with extraterrestrial life.

The UFOs piloted by demigods like the demon-king Ravana, Knapp says, are powered by a “mercury vortex engine” that makes them spin so quickly that they just look like a pearl of light in the sky.[7] All these people who claim they’ve been abducted, he says, are just proof that demigods are still visiting the Earth.

At least, Knapp’s pretty sure they’re demigods. But there’s a chance, he says, that the Hindu texts have such vivid descriptions that people have managed to make their own vimanas—and that these UFOs are being piloted by human beings who have harnessed the power of gods.

3 Shia Islam: The Messiah Will Arrive In A Spaceship 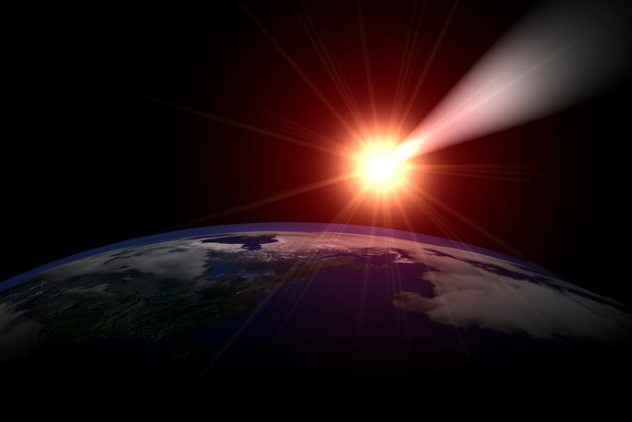 At the end of times, the Shi’ite Muslims believe, a holy imam called the Mahdi will reveal himself to the Earth, defeat the false Messiah, and rule over the Muslims until the Day of Judgment. And, according to the Grand Ayatollah Naser Makarem Shirazi, he’s coming in style—on a spaceship.

Shirazi has said that the Mahdi will descend from the stars in a light-speed spacecraft so bright that it will light up the sky. His spaceship, Shirazi claimed, would be “like other swift and amazing space vessels that are found in stories today.”[8]

Once the Mahdi lands on Earth, Shirazi said, he’ll set up a massive network of spy cameras connected to satellites around the world. “The criminals will be monitored, so much so that sound waves will be detected from the walls of their houses.”

So, if you see a spaceship coming toward the Earth, it’s just the coming of the great redeemer, so there’s no need to worry. Unless you’re not a Muslim. In which case, actually, maybe you should go back to worrying.

2 Catholicism: UFOs Are Controlled By Aliens Who Have Transcended Their Bodies 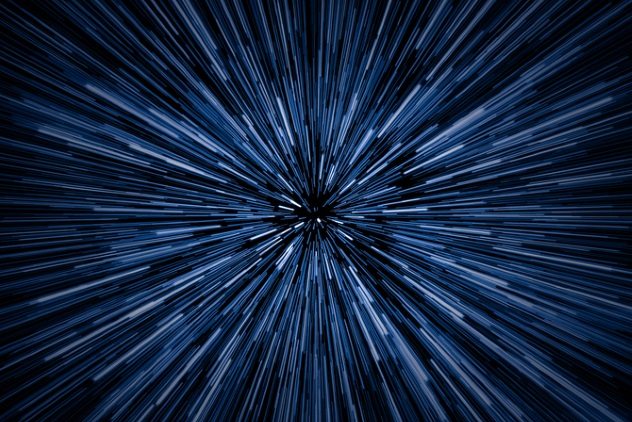 The Vatican hasn’t always held its current pro-baptizing, anti–Alien Jesus stance on extraterrestrials. During the days of Pope John Paul II, they had a different take. According to Father Corrado Balducci, Vatican demonologist, aliens might need to baptize humans.

Father Balducci insisted that UFOs regularly visit the Earth. “Nowadays, there are several considerations that allow us to say with assurance that the existence of these beings is real,” he told an interviewer. “We can’t have doubts!”[9]

Unlike Pope Francis, though, Balducci thought that the aliens had already been redeemed by Jesus. In fact, he was pretty sure that they’re closer to God than human beings are. Human beings, he explained, are souls trapped inside physical bodies—but the extraterrestrials have already transcended their physical forms.

Aliens, according to Balducci, have the technology to travel across the universe because their souls are no longer subordinate to their bodies. “A soul of this kind,” Balducci said, “it’s obvious that they can accomplish progress that we are incapable of.”

1 Young Earth Creationism: It Doesn’t Matter Because Aliens Are Going To Hell Anyway 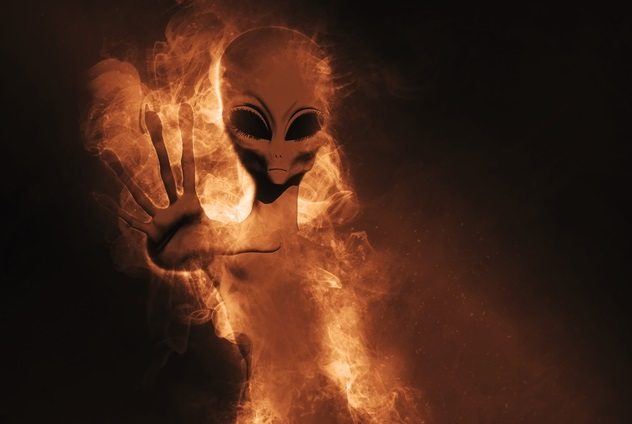 According to Christian fundamentalist Ken Ham, all this nonsense about aliens is hooey, anyway. The universe, Ham believes, is only 6,000 years old, and the idea that aliens are out there is just evolutionist propaganda.

If there is extraterrestrial life, though, Ham insists that they’re all going to Hell anyway. “The Bible makes it clear that Adam’s sin affected the whole universe,” Ham says. Aliens, he insists, are doomed to Hell because of humanity’s original sin—but since Jesus only came to Earth, they have no way of getting out of it.

“Jesus did not become the ‘GodKlingon,’ ” Ham wrote.[10] “The gospel makes it clear that salvation through Christ is only for the Adamic race—human beings who are all descendants of Adam.”

So, if there are other beings out there, they’re all going to Hell anyway. And even if we find them, we can’t convert them. They’re just some cosmic joke, created to suffer.

Read more about the intersection of UFOs and religion on 10 Incredibly Insane UFO Religions and 10 Bible Accounts That Could Be Interpreted As UFOs Or Aliens.