A starry sky on a warm summer’s night is a beautiful view to behold. We tend to focus mainly on the wonders of space—how it could save our planet, how we could make contact with other friendly civilizations, and how we could learn about natural marvels that we can only begin to imagine.

However, behind the twinkling lights hide some of the most dangerous phenomena that we, as a species, have ever witnessed. From burning balls of gas to violent bursts of deadly radiation, here are 10 terrifying ways that space could destroy civilization as we know it. 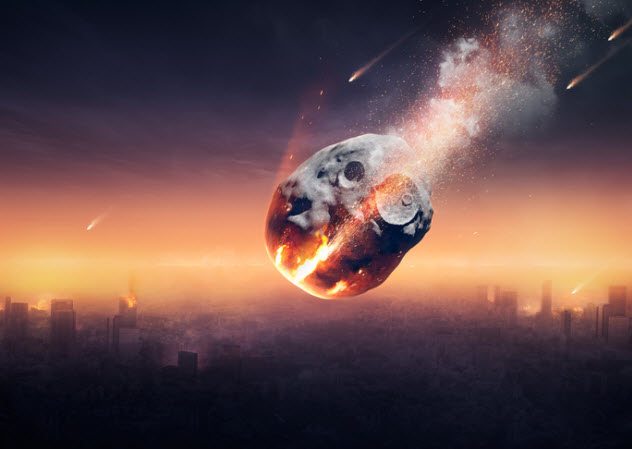 Every day, Earth is pelted by dust and rocks falling from space. Luckily for us, most of this will burn up in the atmosphere. Unluckily for the dinosaurs, once every few million years, an asteroid the size of a small town hits.

In fact, 66 million years ago, a 10-kilometer-long (6 mi) asteroid crashed into the Earth’s surface, creating a 177-kilometer (110 mi) crater that wreaked havoc on our climate. It destroyed species that had roamed Earth for over 170 million years.

While an asteroid is unlikely to destroy the planet, scientists at NASA believe that anything over 2 kilometers (1.2 mi) in length could have damning consequences for civilization.[1]

Enter 4179 Toutatis. This 5.4-kilometer (3.4 mi) asteroid makes frequent flybys past a number of planets, including Earth. Though the chance of collision is tiny, the asteroid’s chaotic orbit makes a flight path impossible to predict. Earth’s next close encounter is set to be in 2069, so let’s hope NASA’s Planetary Defense Coordination Office is up to the job. 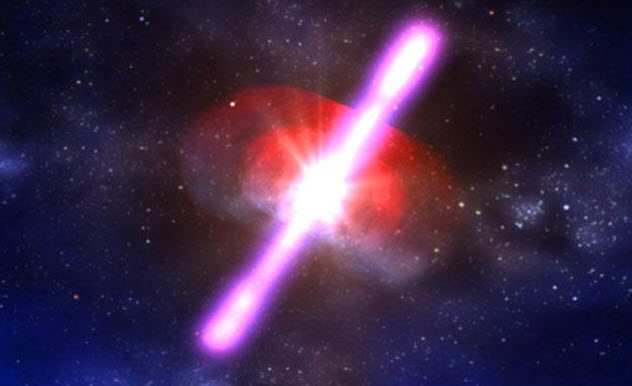 As the name suggests, gamma-ray bursts are very powerful bursts of deadly gamma radiation. We aren’t clear on their origin, but it’s thought that they’re caused by colliding neutron stars or black holes.

Usually, energy from a star is released in many forms. During a neutron star collision, the two magnetic fields combine. This forces a large amount of energy to be released in focused beams of gamma radiation. The release can be so powerful that it creates a burst of light halfway across the universe that can be seen from Earth.

So how deadly are gamma-ray bursts?

Well, that depends on how far away they are and if you’re caught in the firing line. Most gamma-ray bursts are harmless by the time they’ve reached us. But scientists believe that a gamma-ray burst occurs every five million years that could be powerful enough to affect Earth.[2] It could be the end of our ozone layer and the end of life on Earth! 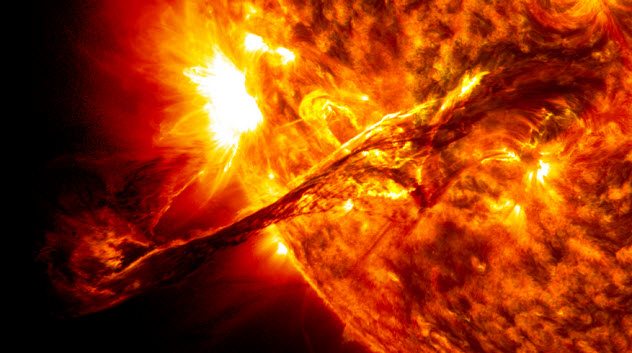 Imagine that tomorrow you woke up and all the power was out. Not only that, but there was no way to turn it back on. The whole grid had blown, and it could be days, months, even years before it’s fully repaired. Well, as unlikely as that sounds, it’s very possible.

A solar storm is any eruption on the Sun’s surface. These usually have no effect on Earth. But sometimes, they release enough magnetic energy to travel along the Sun’s magnetic field to our own. This is known as a coronal mass ejection (CME) and can cause a number of strange events, most notably electrical surges and blackouts.

In fact, a huge solar storm in 1859 known as the Carrington Event did just that. Traveling along the power lines, it shocked telephone operators and even set telegraph paper on fire.[3]

The damage was small, but physicist Patricia Reiff believes that the same storm today would have “tremendous consequences” for modern-day infrastructure. Potentially, it could leave entire continents in darkness. 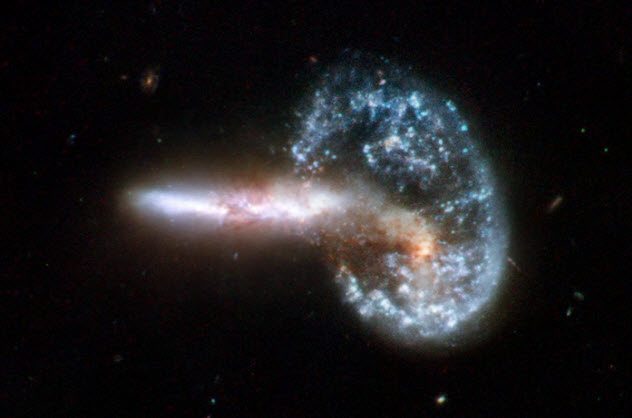 Few things in this list are guaranteed, but this one is a surefire hit. The Andromeda galaxy is hurtling through space at 110 kilometers per second (68 mps). In four billion years, it will collide with our own Milky Way, leaving a trail of gas and star dust in its wake.[4]

Some stars will be destroyed in the head-on collision. Others will be thrown out of their galaxies entirely. The resulting back-and-forth of the two galaxies ripping apart and then being dragged back together will finally end in a supermassive black hole at the center and the birth of whole new galaxy. 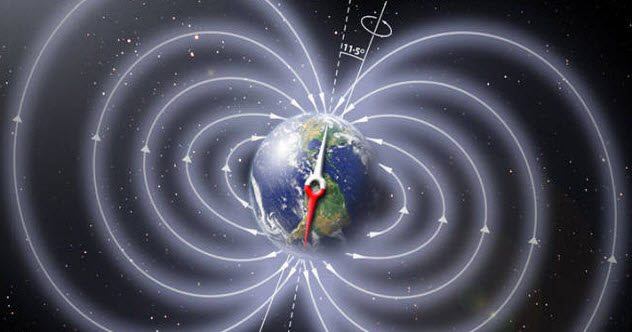 Earth’s molten iron core generates a remarkable magnetic field. This plays a vital role in how species navigate and protects us from the Sun’s harmful radiation.

Every 200,000 to 300,000 years, the poles shift, reversing Earth’s magnetic field. What we know as the magnetic North Pole becomes the magnetic South Pole. As it’s been 800,000 years since the last magnetic flip, we’re about due for another.

Unfortunately for us, this flip doesn’t happen immediately. In fact, the reversal is extremely slow, taking up to 10,000 years to complete. During this time, the magnetic field moves around the planet, creating temporary smaller magnetic poles dotted across the Earth and weakening its overall strength.[5]

This leaves us exposed to DNA-destroying radiation. If the magnetic field disappears altogether, there will be some devastating consequences. 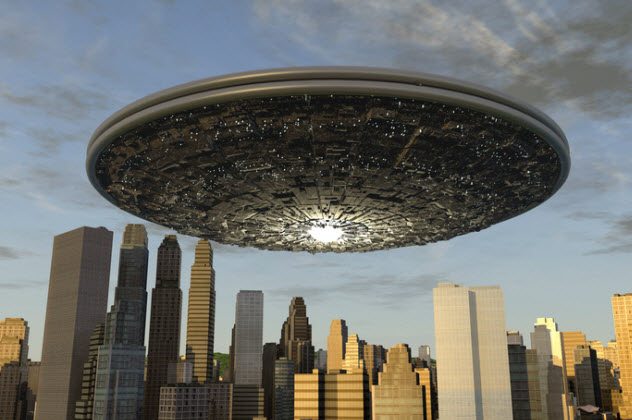 What is the current evidence of an alien invasion? Spaceships in the Baltic Sea, personal accounts of alien abductions, and the claims of former Canadian defense minister Paul Hellyer that at least four alien species live among us.

The debate on the existence of aliens is ongoing. However, with the acceptance that most suns come with a solar system of planets, that solar systems are bundled into galaxies, and that there could be up to 200 billion galaxies in the universe, it seems almost far-fetched to think we’re the only intelligent life-form out there.

Some of the world’s top scientists, including Stephen Hawking, proclaim that extraterrestrial life exists. In fact, there’s been a real push in the last five years to make contact.

But Hawking talks of the dangers of reaching out to a society whose intentions we know nothing about: “A civilization reading one of our messages could be billions of years ahead of us and vastly more powerful. They may not see us as any more valuable than we see bacteria.”[6]

If history has taught us anything, it’s that the less advanced tend to fare far worse when it comes to war. 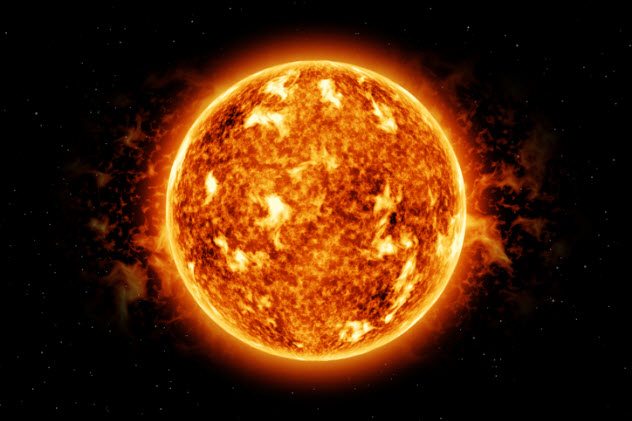 At the center of our solar system is an extraordinary little star. It’s close enough to stop the oceans from freezing but just far enough away to stop them from turning into deserts and boiling us through.

As remarkable as this star is to us, it’s actually just a normal yellow dwarf star in its main phase of life. During this stable stage, hydrogen atoms at its core fuse together into helium atoms and produce the solar radiation that both lights and warms our planet.

Sadly, as with all good things, this must come to an end. At about 4.5 billion years old, our Sun only has half of its hydrogen left.

Eventually, the Sun will expand into a new stage of life—the Red Giant—evaporating the oceans, burning humankind to a crisp, and finally swallowing the Earth.[7] 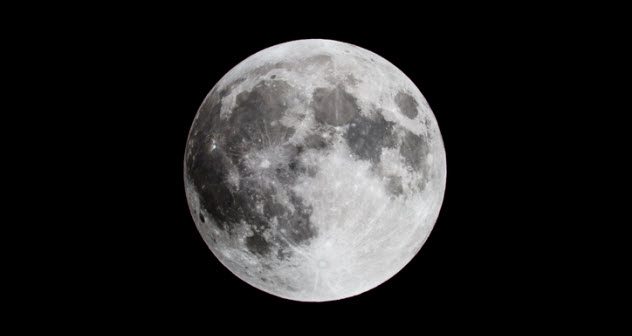 The Moon is drifting away from Earth at a rate of 3.8 centimeters (1.5 in) every year. Though it’s impossible for it to move away entirely, this begs the question: What if our Moon disappeared?

Picture it: A giant, Earth-destroying asteroid heads this way but hits the Moon instead. What would happen then?

Well, as the largest gravitational pull nearby, the Moon’s dust would reform and collect around the Earth in rings (just like Saturn’s). Meteorites would break off these rings, constantly slamming into the Earth’s surface and destroying anything in their path.[8]

The loss of the Moon’s gravitational pull would also have terrible effects on climate and weather. Tidal drag from the Moon slows our planet’s rotation. Without it, days would become 10 hours long and the Earth would tilt a further 60 degrees, plunging our steady seasons into turmoil. 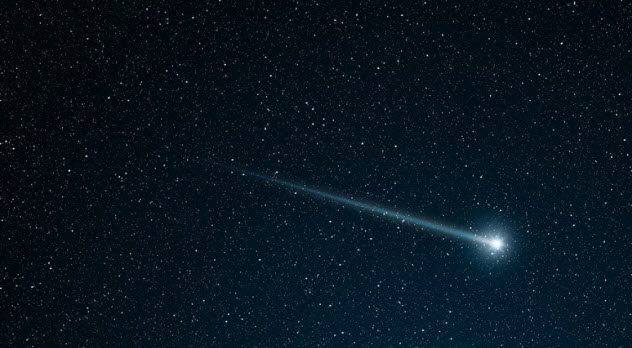 A “shooting star” usually refers to the luminous gas trail left by meteors as they burn up in the atmosphere. But real shooting stars do exist. That’s right, burning balls of gas flying freely across the universe do exist.

This occurs when the velocity of a star is so great that it’s able to leave its galaxy, traveling freely across the universe at tens of thousands of kilometers per second.[9]

These huge balls of nuclear power burn through everything in their path and destroy the delicate balance of the planetary orbits they pass. Luckily for Earth, only around a dozen of these hypervelocity stars have ever been discovered.

The chances of actually encountering one in our vast universe are tiny. Of course, that won’t stop one from obliterating us if it did decide to shoot through our solar system. 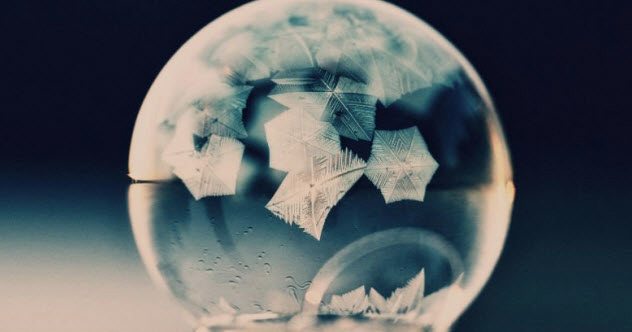 As the universe ages into its golden years, the cosmic landscape will look quite different. Just like our Sun, the majority of stars in the universe are slowly burning through their fuel and will eventually crumble into nothing but carbon.

Bigger stars become supernovas, or maybe even neutron stars or black holes, but even these will evaporate or reform to make smaller stars with the same fate.

Once all the free hydrogen has been used up, there will be no more fuel to create new stars and the universe will be left in total darkness. It will also be below freezing cold, -273 degrees Celsius (-459 °F) or absolute zero[10] to be precise. Under these conditions, no life could possibly survive. Thankfully, by this point, we’ll all have been gone for billions of years.

There are also deadly risks to astronauts and cosmonauts who venture into space. Read more about those destructive effects of space on 10 Astronaut Health Risks That Threaten Deep Space Missions and 10 Horrific Disasters Of The Space Program.