Holiday movies often serve as an emotional reminder of our past. Settling down with the familiarity of a favorite film can be as comforting and warming as a Christmas Turkey, or a glass of eggnog; indeed some holidays may even feel incomplete without them.

The following ten iconic films are nostalgic for millions of people around the world. But despite their cheerful and festively warm storylines, what occurred behind the scenes of these particular films is not only surprising but at times, quite dark. 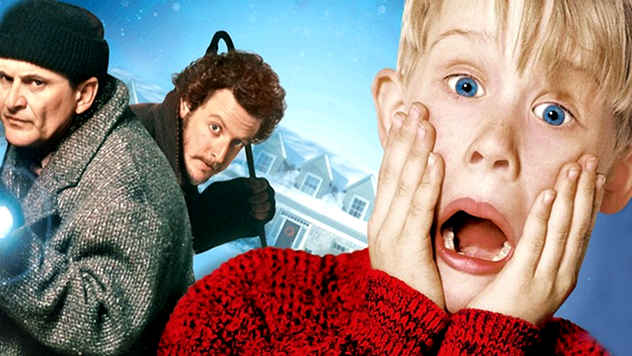 The highest grossing Christmas film of all time, Home Alone, could have turned out drastically different had it not been for the bitter and repulsive attitude of Chevy Chase. Chase, who was signed on for John Hughes’s Christmas Vacation, met with then-director, Chris Columbus. Not only did their meeting go awry, but Columbus quit as director of Christmas Vacation despite desperately needing the work. “There’s no way I can do this movie,” Columbus told Hughes, “I can’t do it with this guy.” Two weeks after resigning, Hughes sent Columbus the script for Home Alone. Columbus’s artistic direction not only altered the most infamous booby trap scenes but made the semi-dark script more festively warm and endearing for audiences across the world.[1]

Therefore, in a way we have Chevy Chase to thank for the brilliant outcome of Columbus’s final cut. This is perhaps the first time any gratitude has been given to a man who has made enemies across the board. He is notoriously known for having an inflated ego and a penchant for “pissing people off.” In addition, he is a master at insults which nearly caused a physical altercation with Bill Murray when he told the comedian that his face “looked like something Neil Armstrong landed on.” Thankfully, his narcissism and arrogance led to his departure from his last high-profile gig, Community, in 2012.

For more than four decades, the American film industry was highly influenced by the Catholic Legion of Decency, particularly in the 1930s and ‘40s. This meant that a substantial degree of Hollywood entertainment was being dictated by Catholic ideology. Thus, anything the church deemed offensive—including premarital sex, abortion, divorce, and homosexuality—was officially “Condemned” and given a “C” rating. Such labels clearly had negative effects on films that dared to test the Legions leniency.[2]

One surprising movie, in particular, is 1947s A Miracle On 34th Street; a film that was ahead of its time by challenging the notion of what a woman’s role is and should be in America. The movie’s storyline surrounding a divorced, working mother, whose cynical and cold worldviews are being taught to her daughter, outraged the Catholic Legion of Decency. Despite the film’s values being questioned, the Legion gave the film a “B” rating for being “morally objectionable.”

Tim Allen’s The Santa Clause caused quite the stir when parents across America began receiving enormous charges on their telephone bills. In the film, Allen’s character jokes about calling the number 1-800-SPANKME. To Disney’s dismay, hundreds of curious kids took to the phones not knowing their call to Santa was being directed to a 900 line.

One outraged father received a bill for more than $500 while another furious Dad in Long Island demanded that the movie be recalled. In his case, he stated that his daughter showed “signs of being disturbed and upset” causing them to have to pay for counseling. The comfort of his financial security only worsened upon receiving bills totaling in the hundreds of dollars; “Disney (which owns ABC) will pay $1.25 million to Allen per Home Improvement episode, but it won’t spend a dime to recall a film with a `porno’ number.” The Santa Clause went on to gross $145 million dollars with Disney firmly casting blame on the parents for the charges their children had racked up.[3] 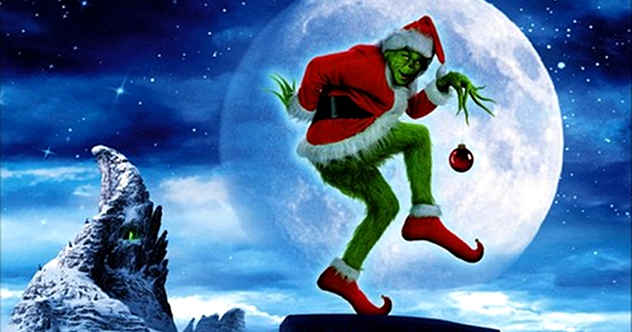 The thriving career of acclaimed cinematographer Don Peterman came to an end in 1997 while on the set of Mighty Joe Young. A crane holding a platform 18 feet off the ground snapped with Peterman standing directly below it. Despite being nearly crushed by the platform, Peterman was dragged away with only a broken leg and minor head injuries. For two years Peterman convalesced prior to returning to work on Ron Howard’s How the Grinch Stole Christmas. Nonetheless, the wounds that he sustained debilitated him for the rest of his days. Every day on set was a struggle both physically and emotionally. In spite of that, he was able to complete the shoot, one that would be his last. Peterman died a few years later.[4]

Another tragic figure of the Christmas film was Joshua Ryan Evans who stole the show by playing the young Grinch. Due to a rare growth disorder, Evans stood at 3-foot-2. He passed away at 20, merely two years after his success with the film. 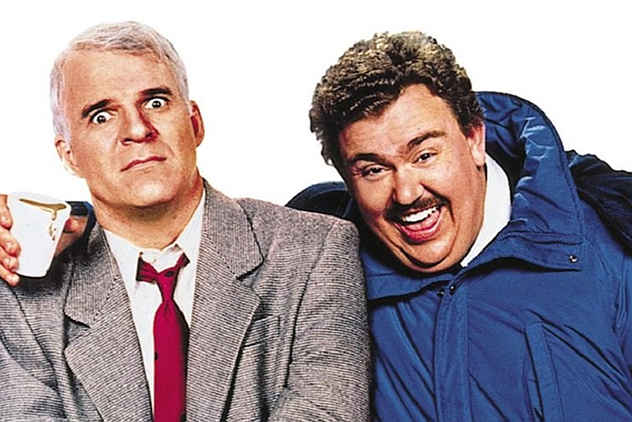 Planes, Trains and Automobiles is arguably one of John Hughes’s most endeared films of his career. Interestingly enough, the 1987 classic road trip movie starring Steve Martin and John Candy was Hughes’s first adult-centered film after a string of teenage blockbusters.

The on-screen chemistry between Martin and Candy caught the attention of Hughes causing him to drastically alter the script. In fact, the entire plot was removed and replaced with a more wholesome Thanksgiving theme. The original draft was quite dark with Candy’s character being a bloodsucking vampire hell-bent on being invited into Martin’s family home. This premise plays on the folklore that vampires cannot enter a house without an invitation. One cannot help but think how sinister Hughes’s original script was or how convincing the jovial John Candy would have been. Nonetheless, Plans, Trains and Automobiles went on to become one of the most quietly celebrated holiday films to date.[5] 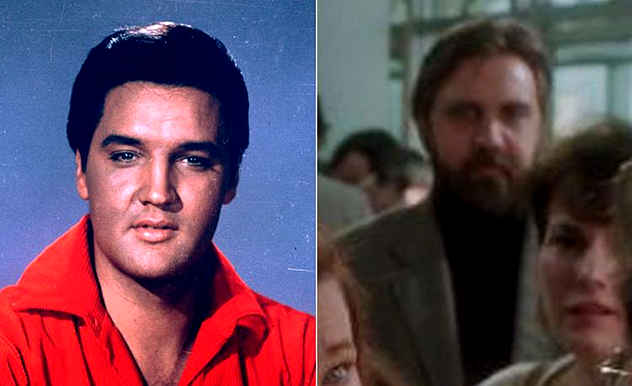 Since Elvis Presley’s untimely death in 1977 at age 42, countless conspiracy theorists have claimed that the rock legend still walks among us. Such a farcical theory even made its way into John Hughes’s 1990 film, Home Alone. For years, Elvis skeptics around the world have been perpetuating the false narrative that The King is seen standing behind actress Catherine O’Hara at the airport as she pleads to board a plane.[6]

Due to the endless speculation, director Chris Columbus had to officially confirm that the extra was not Elvis, adding; “They are convinced, these people, that this is Elvis Presley,” he said. “That he’s faked his death, and because he still loves show business, he’s an extra in Home Alone.”

Sadly, what these sightseeing skeptics do not understand is the profound and unnecessary pain such theories bring to the Presley family. Since his death, the notion of a cover-up has opened up old wounds for those who were closest to the musician. In retrospect, it causes an immense disservice to the memory of Elvis by those who claim to be his biggest fans. 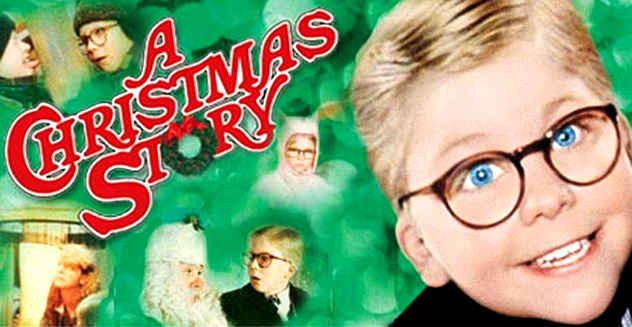 Bob Clark’s modestly budgeted comedy A Christmas Story was released a week before Thanksgiving in 1983 to limited and select theatres. With strong word-of-mouth and a continuous growth of followers, the film crept into the hearts of the public, eventually becoming a cult classic.

Surprisingly, the inspiration for the nostalgic family Christmas tale was based on a collection of short stories that first appeared in Playboy. With that said, it is quite possible that Clark may truly be the only man to have purchased the risqué magazine solely for the articles.

Determined to make a movie, Clark tried for years to find a studio to finance a semi-autobiographical holiday film based on stories from a nude magazine. A Christmas Story went on to become the inspiration for the television show The Wonder Years, as well as being considered “one of the most popular holiday movies of all time.” These days, more than 40 million people tune in every year on Christmas Eve to catch the annual marathon on TBS.[7] 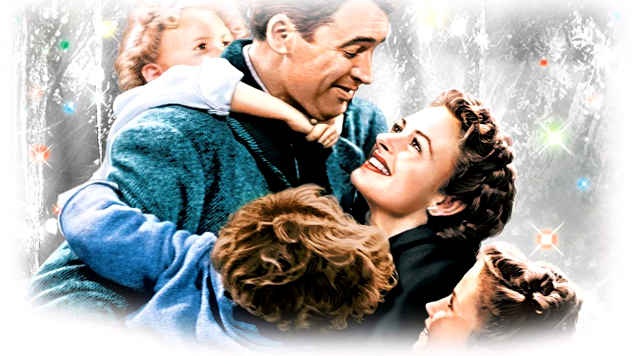 Frank Capra’s It’s a Wonderful Life hit the silver screen in 1946 becoming one of the most renowned and cherished holiday films of all time. The director’s masterpiece tells about a desperate man—George Bailey (Jimmy Stewart)—who is on the brink of suicide. Capra’s intense style of directing along with dedicated method actors, however, proved harmful to child actor Bob Anderson who played the young George Bailey. In one scene in particular, Capra allowed method actor H.B. Warner to get into character by drinking a bottle of alcohol before filming. By the time the cameras rolled, Warner had become loud and demanding causing an already disturbing scene, in which his character smacks young George in the face, to become too realistic. “He actually bloodied my ear,” recalled Anderson. As Jimmy Stewart fearfully looked on in the distance, the smacks continued; “My ear was beat up and my face was red and I was in tears. I was gonna get knocked on my butt.”[8]

Excessive physicality reached its pinnacle on yet another holiday film, Scrooged (1988) starring Bill Murray. Carol Kane, who played the manic and abusive Ghost of Christmas Present, became so immersed in her role that she actually tore Murray’s lip open causing production to halt for several days. 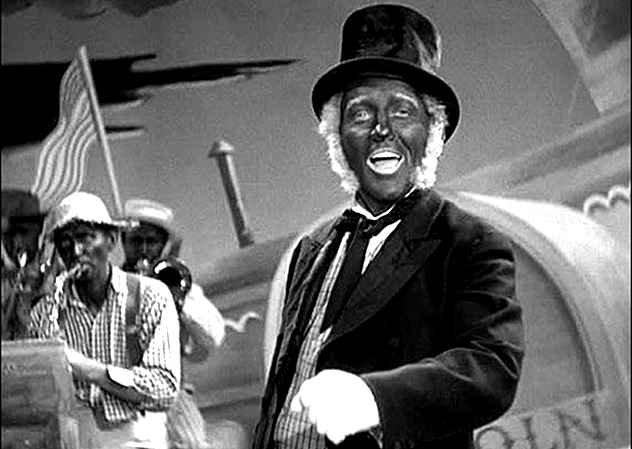 Irving Berlin’s 1942 film, Holiday Inn, was destined to be a box office hit given the large audiences Bing Crosby and Fred Astaire attracted. However, the series of musical episodes in the film, such as “Easter Parade” and “White Christmas,” alters the mood from nostalgic to festive to downright unconscionable in today’s society.[9]

In one scene, Crosby and Astaire perform a musical number for Abraham Lincoln’s birthday in which they appear in blackface. In fact, the entire band and waiters/waitresses also sport the highly offensive facial paint, in front of an entirely white audience. Ironically enough, the song details the emancipation of black American slaves. If this was not distasteful enough, the films true black actors are excluded from the performance only to be shown singing along to themselves in a distant room. Oh, the unity of the holidays. 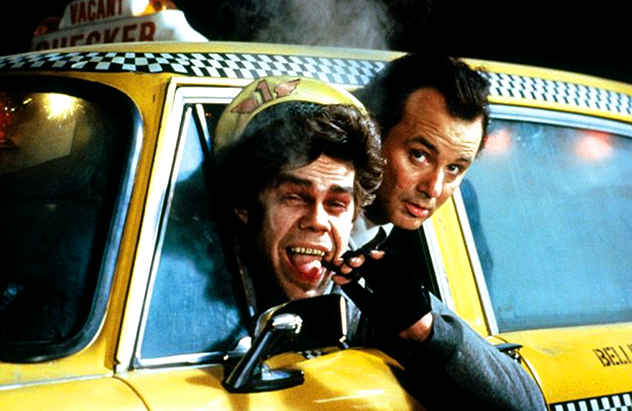 The 1970s American band New York Dolls saw its share of turmoil just as quickly as they emerged on the punk rock scene. With the death of their original drummer followed by the demise of his replacement and the founding guitarist, the Dolls disbanded by 1977. Lead singer David Johansen found fame on the silver screen, leaving guitarist and bassist Arthur “Killer” Kane with profound resentment.

Kane’s jealousy and anger spiraled out of control one evening when his former bandmate unexpectedly appeared in the movie that he was watching. Unbeknownst to Kane, Johansen starred opposite Bill Murray in the 1988 Christmas film Scrooged as the Ghost of Christmas Past. Johansen’s success of having a prospering career sent a self-defeated and depressed Kane skydiving out his third-story window. Fortunately, Kane landed on an awning below saving his life. While hospitalized, the “Killer” found God causing him to leave behind his life of drugs and alcohol. He remained sober until his death in 2004 when he went to the emergency room believing he had the flu. Sadly, Kane was diagnosed with leukemia and died just two hours later at the age of 55.[10]