Shortly after 9:00 AM on April 19, 1995, a huge explosion ripped through the heart of Oklahoma City at the Alfred P. Murrah Federal Building. Casualties were in the hundreds, and the event rocked the entire nation.

Ninety minutes later, it was almost as devastating to learn that the culprit, who had already been apprehended, was an ex–US soldier, a lone wolf who had killed and maimed his fellow Americans. Timothy McVeigh was later executed for the crime in what was considered to be an open-and-shut case.

However, to some people, there are many questions still to be answered. For the most part, these questions were asked by the “usual” conspiracy theorists. Then several high-ranking FBI employees raised the same issues, and others began to pay more attention. 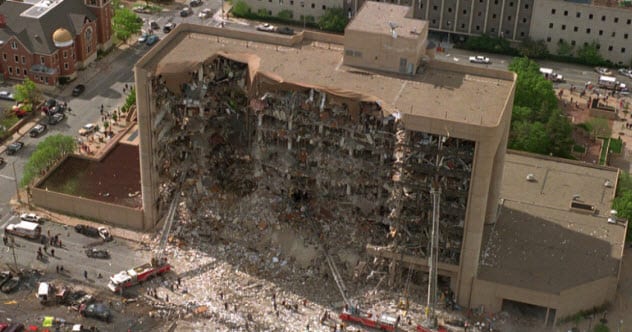 The explosion tragically cut short the lives of 168 people and severely injured over 600 others. In fact, the blast was so powerful that it damaged over 300 buildings within a 16-block radius. An entire third of the Alfred P. Murrah Federal Building simply fell away, leaving a crater that measured 9 meters (30 ft) in width and 2.4 meters (8 ft) in depth. Almost 100 cars in the immediate vicinity were incinerated beyond recognition.

To paraphrase the official story, Timothy McVeigh constructed a simple homemade bomb to carry out the attack. Yet the damage was considerable, to say the least. Of course, to some people, it was too severe.[1] What’s more, several high-ranking people believed they could provide evidence that the cause of the blast was not a homemade bomb! 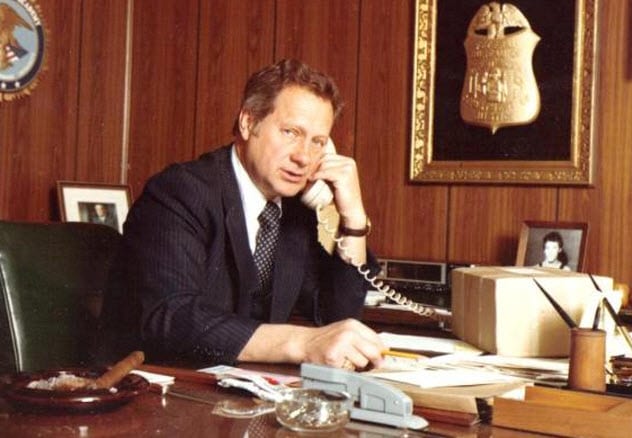 The official line was that McVeigh had constructed a bomb from fertilizer and standard fuel. However, former high-ranking and experienced FBI agent Ted Gunderson conducted an independent investigation.

He believed and publicly stated that there was ample evidence of “advanced bomb-making skills” in the Oklahoma City tragedy. To him, all indications were of a “barometric bomb” (aka an “electro-hydrodynamic gaseous fuel device”).

More ominously, construction of such a device required advanced bomb-making knowledge and access to specific materials. Gunderson also highlighted how traces of PETN were found on McVeigh’s clothing on the day of his arrest. According to Gunderson, this substance is one of the primary materials for a barometric bomb.[2]

Even how the building crumpled, Gunderson continued, suggested that at least some of the explosions had occurred inside the building. In short, McVeigh appeared to be an Oswald-type figure who conveniently took the blame. In fact, many researchers who subscribe to these theories highlight McVeigh’s time in the military.

8 Claims Of Being Microchipped And Mind-Controlled 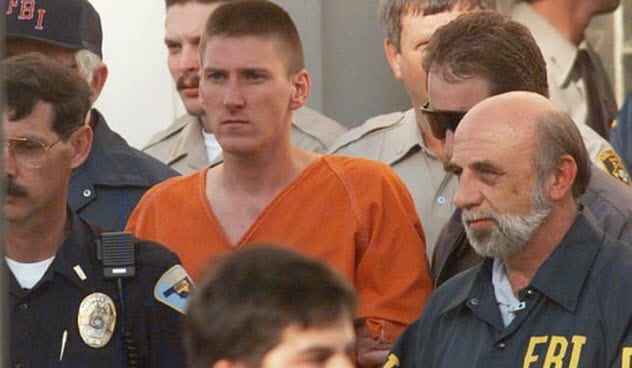 It wasn’t just that McVeigh had spent time in the US military. His apparently “crazy” claims of being “microchipped” and “mind-controlled” made collective ears prick up a little in the conspiracy communities.

The aforementioned Ted Gunderson certainly took notice of McVeigh’s words because Gunderson already suspected that a high-level military bomb had been used rather than a crude homemade contraption.

This was purely speculation on the part of conspiracy theorists: If Gunderson was correct and McVeigh had received “high-level” military training, then his bizarre statements might prove to be more than the “mad ravings of a lunatic.” They might be something worth looking into, no matter how chilling the notion might be that people could be under the control of certain agencies within the US government.[3] 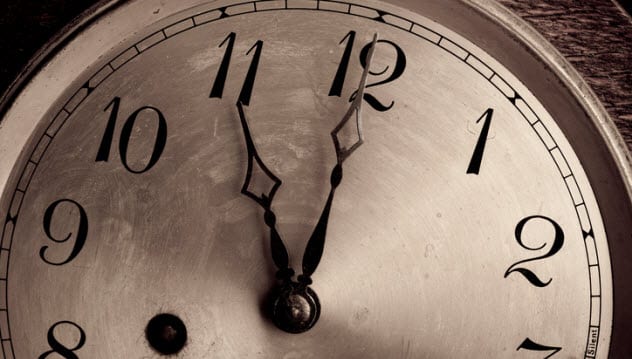 According to intelligence reports and information gleaned from the interrogation of McVeigh, the original time of the blast was planned for 11:00 AM. McVeigh reasoned that the building would be at its busiest then and so the death toll would be particularly high.

However, again for reasons that are not explained, he changed his mind on the day of the bombing and opted to attack shortly after 9:00 AM instead. Also interesting was McVeigh’s apparently bizarre need to stop at a tire store near the Murrah Building to ask for directions. (Some sources say he stopped at a gas station.)

According to intelligence reports and briefings for the media, McVeigh had planned the operation for many months, even engaging in several scouting trips of the building. It seems strange that he should stop to get directions to the building that he had scouted several times previously.[4]

6 Presence Of Responders Before The Blast 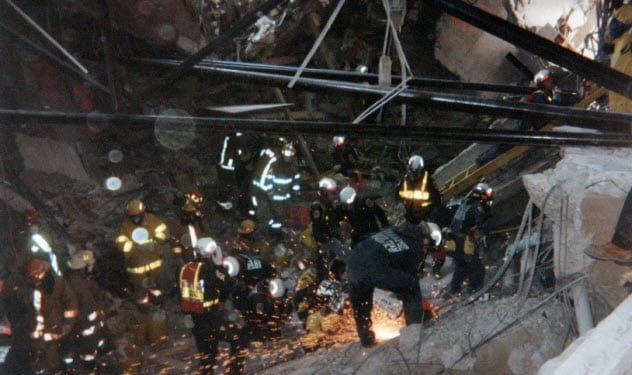 Ninety minutes before the explosion ripped through the heart of Oklahoma City that April morning in 1995, many people noticed and later reported the presence of emergency police responders in full combat attire in the vicinity of the Murrah Building.

As you might suspect, these claims were outright rejected by local and federal law enforcement at the time. However, the number of witnesses became so high that the authorities were forced to admit that they did have responders on the ground before the blast occurred.

It was certainly an embarrassing moment for federal law enforcement. But to some, it was more than merely poor communication. It was flat-out being caught lying to the public.[5]

Even more bizarre is that officials never offered an explanation for the early presence of the responders. Furthermore, interest in the matter died down almost overnight even though the media had made a big deal about it initially.

5 ATF Building Avoided (Despite Being The Apparent Target) 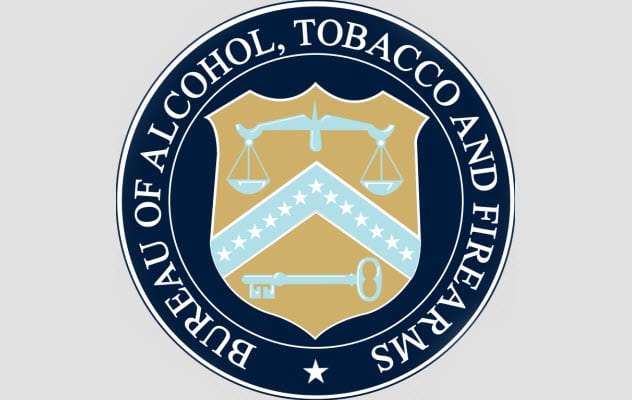 McVeigh stated publicly that his reason for the Oklahoma City attack was retribution against the Bureau of Alcohol, Tobacco, Firearms, and Explosives (ATF) for their handling of the Waco siege two years earlier. However, in the words of David Icke, the truck (which was essentially “the bomb”) was parked “about as far away from the ATF officers as you could get!” That is true. The offices of the ATF suffered only minor damage by comparison.

Was this an error on McVeigh’s part?

That is quite possible, but we have been told that this “lone wolf” had spent the better part of two years meticulously planning the event with the sole purpose of targeting the ATF. Incidentally, the vast majority of ATF staff were not in the building at the time of the explosion.[6]

Nevertheless, it was a minor detail that was leaped upon by some researchers and conspiracy theorists. In their defense, when it is pieced together with all the other minor details, it is easy to understand why some people arrived at such a conclusion. 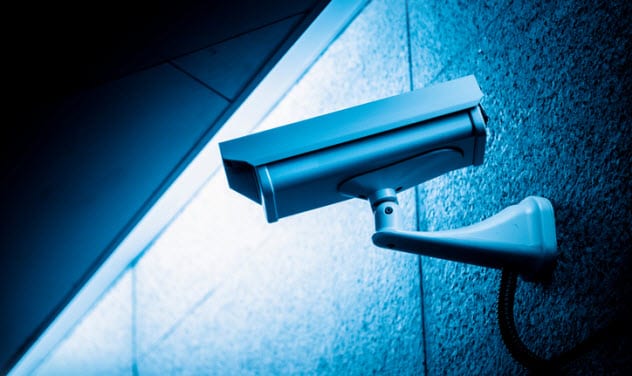 In what seems to be the “standard practice” of intelligence agencies, all CCTV footage of the events that morning was confiscated. It was instantly made the property of the United States government. Adding fuel to the fire, many suspect that the vast majority of the footage has since vanished.

Many people believe that there was substantial evidence contained within the tapes. However, without access to the tapes, any such claims will always fall short of being completely convincing.

We have already mentioned the presence of responders. There is reason to believe that the CCTV tapes would contain more such events and possibly allow researchers to piece together key time lines of that morning.[7]

However, one particular claim may be the reason for the refusal to release all the security tapes into the public domain. It is the next point on our list. If true, it would open up a whole other host of questions. 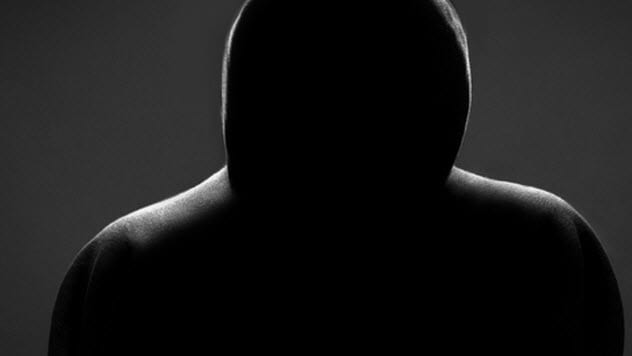 Given the little footage available and the statements of several witnesses, there is a theory that McVeigh was not alone that fateful morning and instead had a second person with him in the truck-turned-bomb.

As you might imagine, many ideas exist as to which person (in terms of his capacity) was the passenger in McVeigh’s truck.[8] However, given the claims of microchipping and mind control, the common theme in conspiracy circles is that this was McVeigh’s “handler”—the person who gives the would-be assassin his “key” or “trigger” words to carry out a predetermined plan. The assassin is not aware of the plan until such a command is given.

Incidentally, this is supposed to explain why McVeigh stopped for directions to his well-researched target that morning. Apparently, he had not yet received the trigger commands.

But it is well worth searching online, including on Listverse, for such topics as mind control and MKUltra to learn how far intelligence agencies have looked into this. 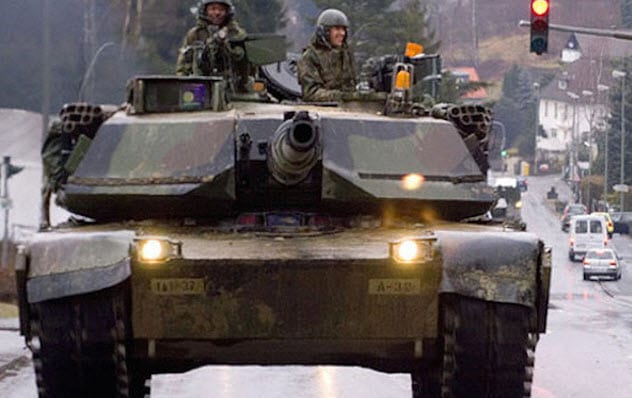 Although there is no definitive proof of this assertion, many believe that the real reason for the Oklahoma bombing was to take the United States closer to implementing martial law. Of course, those who typically subscribe to such notions are paranoid about Uncle Sam taking away their firearms.

However, the issue of paranoia was genuine among many US citizens at the time. Several bloody standoffs had occurred between “cults” or “sects” and federal law enforcement, including the Waco siege. These actions were played endlessly on television screens in the early days of 24-hour news channels. Whether intentional or not, this implanted paranoid feelings of “big government against the people.”

After the Oklahoma City bombing, Bill Clinton rushed in measures to allow the US military to become involved in domestic law. As this was normally handled by the police, many saw it as a forewarning of martial law in America.[9] Interestingly, many people made similar assertions when the Patriot Act was introduced after the Twin Towers tragedy in 2001.

Perhaps one of the most intriguing and ominous points involves Controlled Demolition, a company that removed the remains of the blast site rather quickly and certainly before extensive investigation of the crime scene could take place. This is especially suspicious in light of Ted Gunderson’s comments, which we discussed earlier.

Furthermore, according to some researchers, the remains were taken to an unknown location, buried in the ground, and are still under guard. Needless to say, many people saw this as purely removing evidence and so tying off any connections to intelligence agencies and their involvement in such sickening events.

Some conspiracy theorists took even more notice of Controlled Demolition when they carried out a similar operation after 9/11 with the remains of the Twin Towers.[10] Supposedly sold as used materials in “private” sales, the debris was spread far and wide and to unknown locations.