On November 4, 1979, the US embassy in Iran was overtaken by Iranian students supportive of the Iranian Revolution. Over 50 American citizens were taken hostage. The whole of the United States, and indeed the world, looked on, fearing how the situation would end, given the instability in the country since the abdication of the shah and the subsequent return of the one-time exiled Ayatollah Khomeini over ten months earlier.

By the end of 1980, things were looking more promising, and shortly after the newly elected US president, Ronald Reagan, had taken the oath of office in Washington, DC, on January 20, 1981, news came of the hostages’ release. Everyone was initially overjoyed, but as scandals began to hit Reagan’s double term in the White House, the common “root” factor in a number of them was Iran. 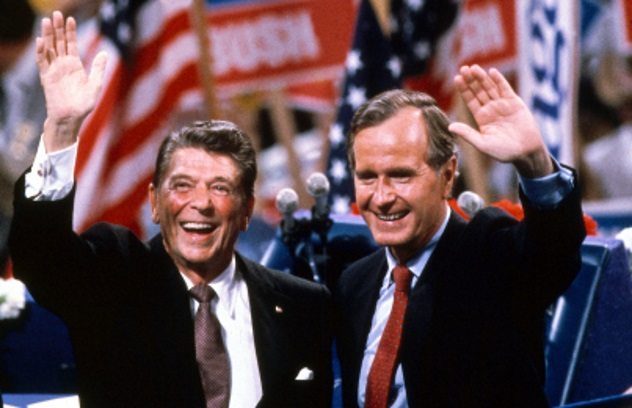 During the 1980 election campaign, Ronald Reagan’s running mate and eventual vice president, George H.W. Bush, made the remark of requiring an “October surprise” in order to turn momentum in their favor.[1] In American political jargon, an October surprise is often associated with some predetermined action or release of information.

At the time, the comment was largely ignored as typical political banter, but as the years went by, and continued conspiracies found their way back to the Reagan administration, the remark was repeatedly cited as being quite telling of actual intentions and what was going on behind the scenes and away from the constant glare of the media and, in turn, the American people.

So, to answer the question as to whether there is any truth to the allegation that the Reagan/Bush camp really did have an October surprise up their collective sleeves, many looked to the hostage situation in Iran. 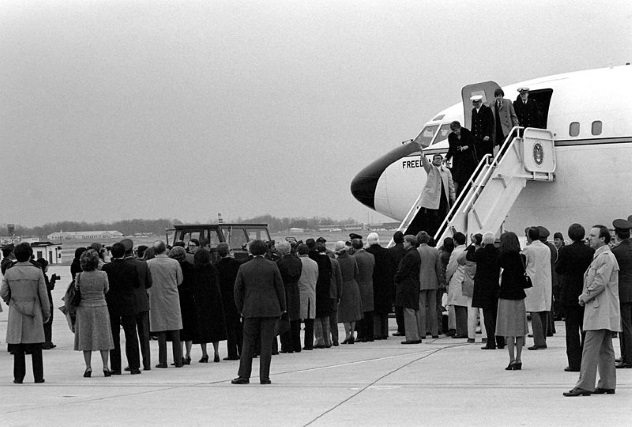 The main thrust behind the Iranian hostage crisis conspiracy theory is that it was in the interest of Reagan for the hostages to be released after the election.[2] Should Carter have managed to secure their release earlier, many have theorized it could have given him the last push of momentum he needed to secure a second term in office. With 52 American lives still hanging in the balance when it came time to go to the polls in November 1980, many were perhaps swayed toward Reagan.

According to later investigations by author and researcher Danny Casolaro (who we will look at a little later), Bush ordered Reagan’s campaign manager, William Casey, to discreetly travel to Europe to meet with Iranian officials and arrange a deal whereby the hostages would not be released until after the election, specifically not until Reagan had been sworn in at the inauguration. 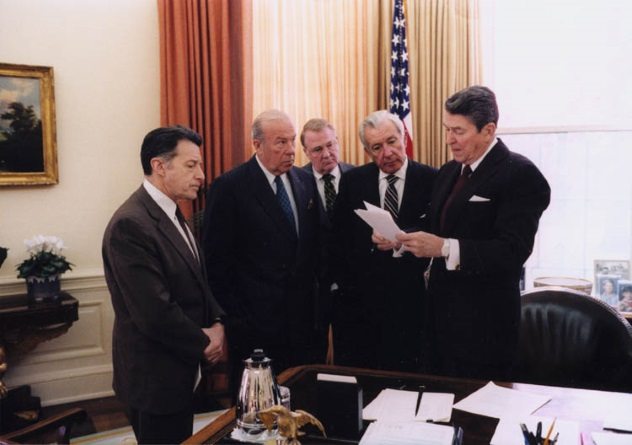 In 1985, the US government agreed to sell missiles to Iran in exchange for the safe release of hostages held by Khomeini-loyal Hezbollah terrorists in Lebanon.[3]

There are a number of things to look at here. It is interesting that it was a sale of the arms to Iran, given that it would make sense, from the Iranian point of view, to insist on being given armaments for the return of the hostages. Of course, some believe that the brokered deal was set up all along and gave the US government a reason to go ahead and sell the arms (and make a substantial amount of money doing so).

So what happened to all the money from the alleged sales? Well, that is our next entry on our list. 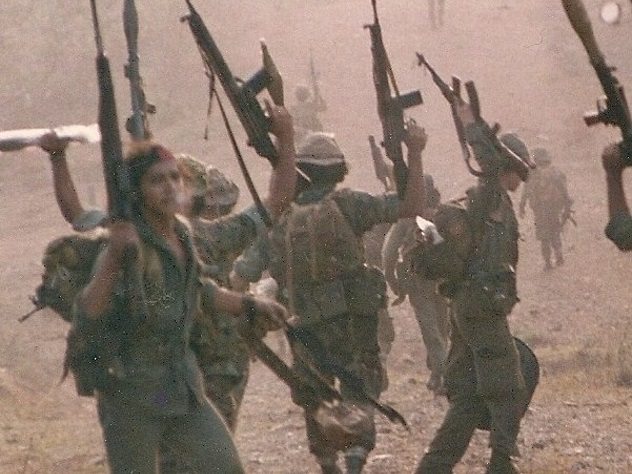 According to accusations that would eventually come forth, the money from the Iran missile sales would be used to fund the Nicaraguan Contras, a rebel group looking to overthrow Nicaragua’s government, which had been democratically elected.[4]

Democratically elected or not, the government’s left-wing leanings did not sit well with the American mindset in general—particularly that of the CIA. It was their hope that the anti-communist Contras could overthrow the government and so swing the political ideology of the country back to the right and more in line with the United States.

It eventually came to light that the money had been raised by selling missiles to the Iranians—whom Reagan had descried as ideological enemies of the United States. Aside from the obvious hypocrisy of the situation, the double-dealing was against international law. Perhaps in order to deflect blame, or perhaps in genuine good faith, Reagan announced the Tower Commission to investigate. The commission concluded that Reagan hadn’t done a very good job at keeping the National Security Council under control and that he knew about the missiles being sold to Iran. They couldn’t determine, however, if Reagan knew the money was going to the Contras. 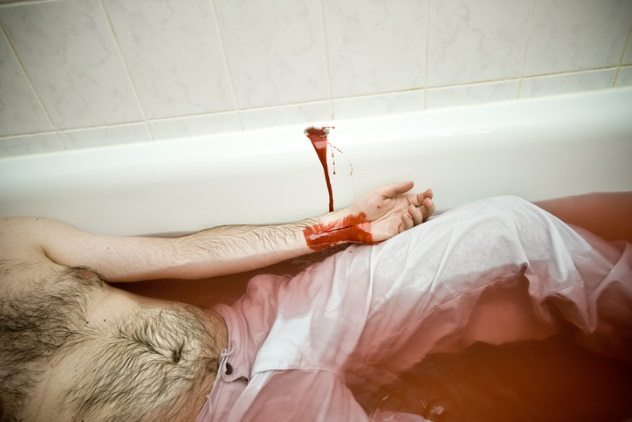 One person who had taken an intense interest in the Iranian hostage situation as well as the Reagan administration’s apparent secret deals and double deals was independent investigator Danny Casolaro. While we will look a little more at what Casolaro claimed to have uncovered, the manner in which he met his death has made some raise an eyebrow or two.[5]

On August 10, 1991, the investigator would be discovered in the bathtub at Room 517 of the Sheraton in Martinsburg, West Virginia, where he had been staying. He had apparently committed suicide. On his wrists were more than a dozen slashes. A suicide note read, “Please forgive me for the worst possible thing I could have done.”

However, many close to Casolaro refused to believe he had taken his own life—particularly those who knew of his investigations. One such person was his brother, who claimed the last words Casolaro said to him were, “If anything happens to me, don’t believe it was accidental.”

Furthermore, the autopsy results would show a distinct lack of hesitation marks, something that should be present in even the most determined suicidal person. Further still, one of the apparently self-inflicted cuts was so deep that it had severed a ligament in the wrist. Incidentally, this would have then rendered that arm useless, for all intents and purposes. 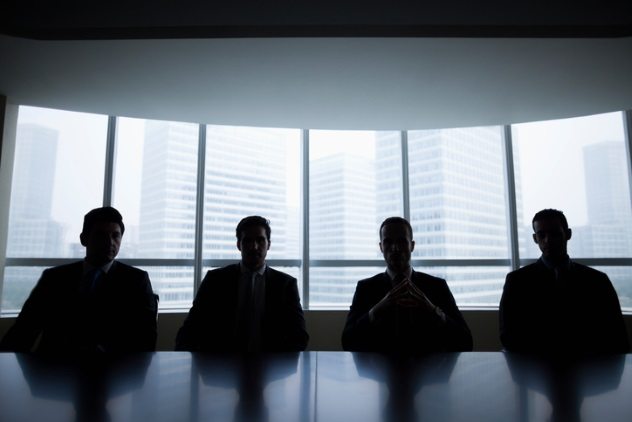 According to Casolaro, he had uncovered an underground cabal of sorts—one whose influence stretched far and wide and basically controlled all of the world’s events. He would call this cabal the Octopus. Many believe he was murdered for his discovery.[6]

In one of the writings Casolaro had prepared before his death, a line read that the Octopus was “a web of thugs and thieves who roam the earth, with their weapons and their murders, trading dope and dirty money for secrets of the temple.”

Casolaro believed that key events in history—particularly during the 20th century—were largely orchestrated for the benefit of a select few. Needless to say, most people thought him to be speaking nonsense. Following his apparent suicide, where it was revealed he was also suffering from depression, many believed him to have been a troubled and mentally unstable person.

Of course, decades later, many have carried Casolaro’s initial findings forward or independently arrived at the same conclusion themselves. Perhaps the most notorious of these conspiracy theorists would be David Icke, although he is far from the only person to do so. 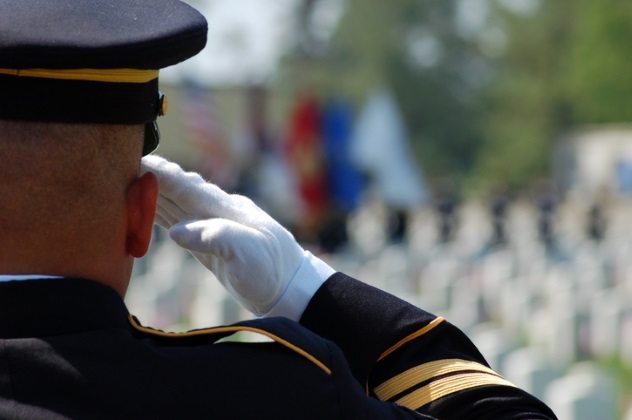 Some final points of interest concerning the death of Danny Casolaro would be reports from a waitress from the bar at the hotel where he was staying and would be discovered dead. She stated that she had seen the investigator drinking with a man who appeared to be of Iranian origin. What’s more, this meeting had taken place only hours before his death.

At his funeral, two men (some sources state only one), unknown to all other mourners, would arrive.[7] Their behavior was both strange and perhaps telling. They would approach Casolaro’s coffin and place a military medal upon it, as is done with fallen servicemen. Each then saluted the coffin, and without saying a word to anyone, turned and walked away.

What is perhaps even stranger about this last point is that Casolaro had never served in the military and had no connections at all to the services. Was this perhaps an indication that for all of the claims and investigations he was involved in, he was basically an agent of US military intelligence? And if that was the case, might he have been involved with the Iran-Contra deal in a closer capacity then most are aware of? 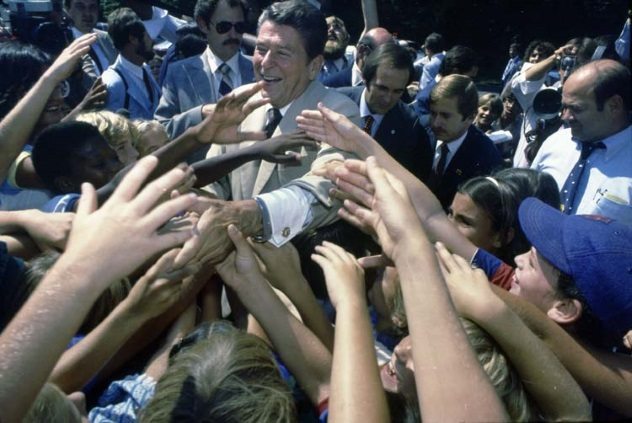 It would come to light in 1983 that members of the Reagan team had spied upon President Carter during the 1980 election campaign.[8] Some have stated that they were ultimately after information on Carter’s efforts to end the Iranian hostage crisis. In short, they knew what had been discussed and then could secretly meet with the Iranians and undercut Carter’s offer, as has been asserted for some time. It also didn’t hurt their election chances to know what their opponent was doing on a daily basis.

Even the Soviet Union had evidence of these apparent secret meetings and internal espionage and opined that from their own monitoring of these communications, the accusations of delaying the hostage release, as well as the selling of arms, were 100 percent accurate. Furthermore, the former president of Iran, Seyyed Abolhassan Banisadr, would go on record also stating the allegations were true.

Despite what appeared to be sufficient evidence to investigate further, authorities decided that said evidence was purely circumstantial and shut down any further inquiry. 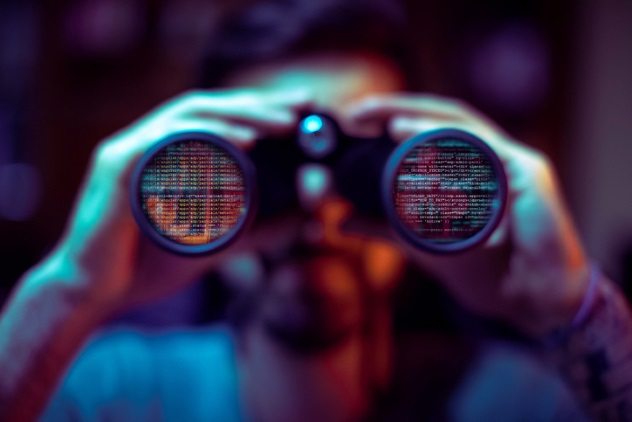 Private investigations into the death of Casolaro quietly rumbled on during the following years and eventually linked his death to the Promis software conspiracy through Michael Riconoscuito, who appeared to have been one of the sources Casolaro was using and meeting with during the run-up to his untimely end.

Riconoscuito claimed to be involved with gene warfare research for the CIA, but perhaps more damaging to the agency were his claims of knowledge regarding the people-tracking software that had, according to the claims, been intentionally hidden in the Promis (aka Prosecutor’s Management Information System) case management software program.[9] These claims intensified when accusations of a backdoor program being hidden in versions that had been sold abroad came to light. This, in basic terms, allowed agencies to spy on any world government who had bought the software.

Robert Booth Nichols was another controversial figure who had connections to both the Promis conspiracy and Casolaro. Nichols also had ties to the CIA as well as to several prominent Mafia families—many of whom were also connected to the Promis conspiracy, at least according to Nichols. According to reports, Nichols had warned Casolaro in the weeks before his death, “If you continue this investigation, you will die.” 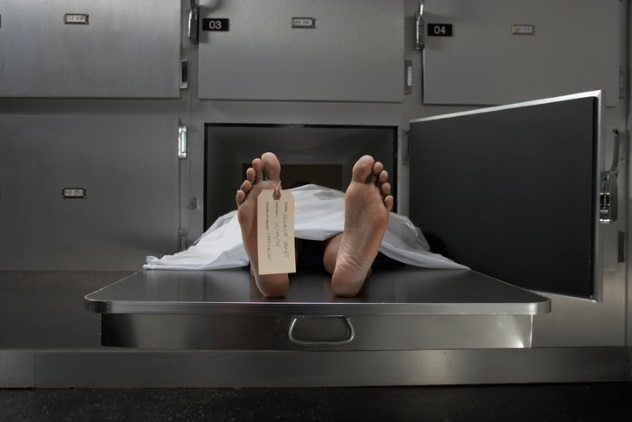 Perhaps the most recent victim of the claims of the Octopus conspiracy is author and researcher Jim Keith, who coauthored the book The Octopus: The Secret Government and Death of Danny Casolaro in 1996. The book was an in-depth study of the entire affair and essentially picked up where Casolaro left off. Needless to say, it was eagerly anticipated by some.

In 1999, Keith fell and broke his knee and would check in to a hospital. Rather suspiciously, he would be dead several days later from a blood clot traveling into his lung.[10]

While it is perhaps a slight stretch of the imagination to think that Keith was murdered because of the book, which had already been available and in the public arena for some time, might it be possible that the murder, if indeed it was anything of the sort, was a very public warning to anyone looking to dig any deeper?

10 Animal Mysteries That May Finally Be Solved