In the US, the start of this week was defined by a whole lot of stuff stopping. The government shut down again for the first time in five years in what may have been the first of many shutdowns still to come in 2018. We’ll discuss this along with what the rest of the world was doing in the meantime. In most cases, the answer appeared to be either getting stuff done or going utterly crazy.

10 The US Government Shut Down 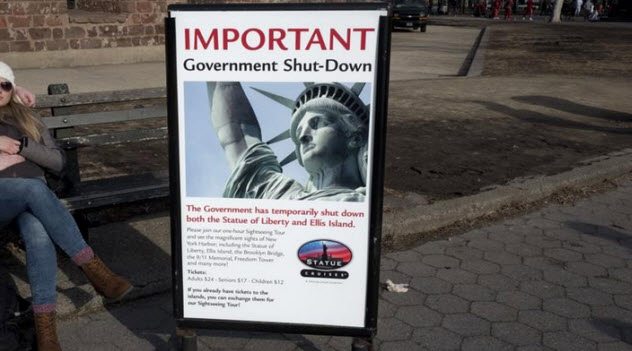 On Saturday, the US government officially shut down. Workers were furloughed, departments were shuttered, and a whole bunch of ordinary people were inconvenienced. It was the first shutdown since 2013 and only the second of the 21st century. Luckily, while the 2013 shutdown lasted over two weeks, 2018’s was done and dusted by Tuesday. Less luckily, it may just be the first of many shutdowns over the coming weeks.

The shutdown was caused by a row over DREAMers—those who were brought to the United States as minors without documentation. Democrats wanted to give such undocumented (some would say “illegal”) immigrants guaranteed defense from deportation. Republicans didn’t want to write those guarantees into a funding bill. Since it takes over 60 votes for a funding raise to pass the Senate, the debate went to a shutdown. So long, government spending.

Who actually gets blamed for the shutdown remains an open question. But it does highlight one uncomfortable truth. Congress is designed to work on compromise. When neither party wants compromise, you have endless opportunities for shutdowns. With another chance arriving in early February, it looks likely that Washington’s dysfunction will continue.[1]

9 The Russia Investigation Heated Up 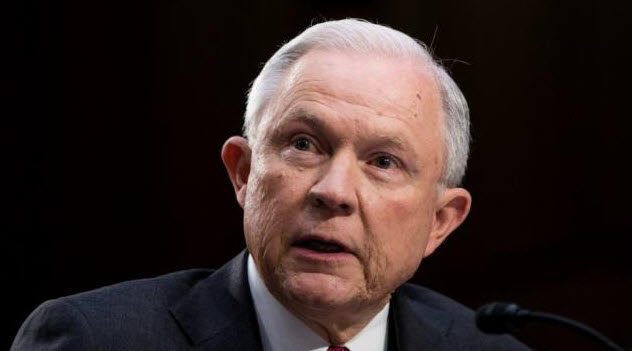 Sticking with the Capitol, this week also saw the Russia story rear its ugly head again. On Wednesday, it was revealed that Attorney General Jeff Sessions was questioned last week by Robert Mueller’s team. He was the first member of Trump’s cabinet to come under scrutiny. It seems the biggest Washington story of the last year may be reaching its climax.

Whatever grand season finale fate has planned, it seems to be drawing story strands from different directions. At the same time as Mueller closed in on Sessions, Capitol Hill was alive with speculation about the Nunes memo, a document compiled by House intelligence committee chair—and ally of the president—Representative Devin Nunes. According to many Republicans who’ve seen it, the memo contains evidence of FBI wrongdoing on such a scale that it could dwarf even Watergate. 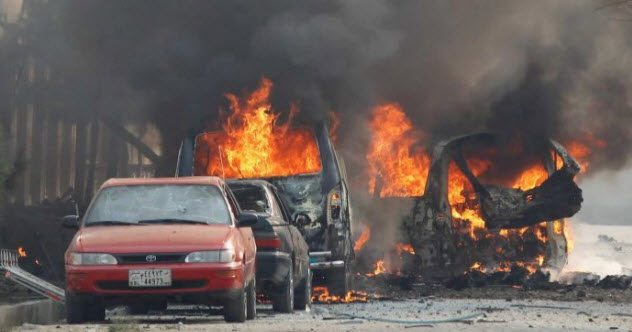 Save the Children is a British charity that, as its name implies, dedicates itself to improving the lives of children globally. Their people work in some dangerous places in some very tough conditions, all because they want to make life better for ill-treated kids.[3]

Sadly, we live in an era where doing selfless things makes you not a hero but a target. On Wednesday, ISIS militants detonated a car bomb and then stormed Save the Children’s Afghanistan offices. At least five people were killed and another 24 injured. The attack forced Save the Children to pull their workers from the country. Innocent Afghani children will now suffer due to the actions of four murderous madmen.

The attack came just days after Taliban gunmen stormed Kabul’s Hotel Intercontinental, killing over 40, and caps an awful year in Afghanistan. There were hopes that the local outcry over a massive suicide bomb that killed 150 last May would shame militant groups into stopping their operations. Instead, the opposite seems to have happened. 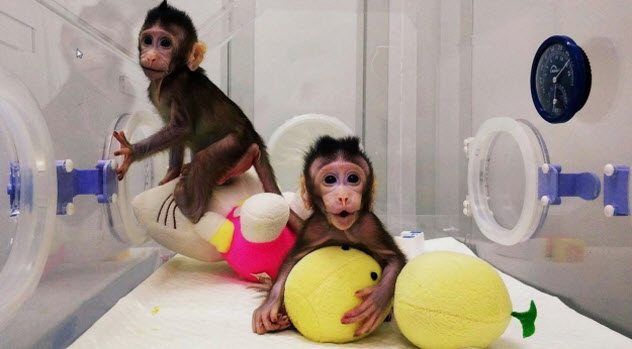 When Dolly the sheep was cloned in 1996, it was assumed that we were on the very cusp of a brave new world where humans could be copied with ease. However, it turned out that primates were really hard to clone, leading some to think it might actually be impossible.

Well, this week, the impossible happened. Chinese scientists successfully created two cloned monkeys from a non-embryonic cell. In doing so, they opened up whole new frontiers of scientific knowledge.

The big takeaway from the cloning of macaques? It’s likely to be technically possible to clone human beings. However, there are no plans to actually do so at the moment. Instead, the scientists think the new clone breeds will be useful for research purposes. The breakthrough also underscores China’s rising importance in cutting-edge science.[4]

6 Turkey Invaded Syria And Threatened To Drag In The US 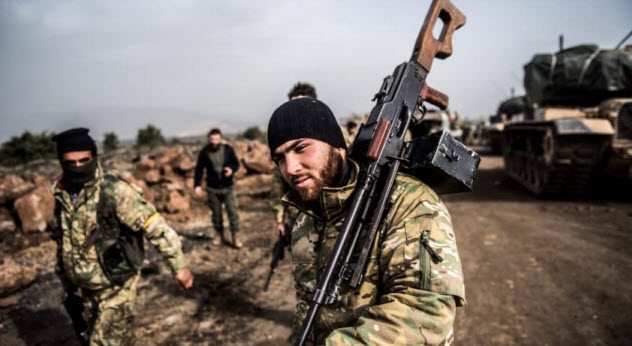 The YPG (People’s Protection Army) is just one of many militias operating in Syria. They’re also one of the most effective units that we know of at fighting ISIS and have received crazy amounts of American backing.

Unfortunately for their prospects, they happen to be Kurdish and stationed right on Turkey’s border. This week, Ankara invaded Afrin province in an attempt to wipe out the YPG. Over 260 were killed. Previously semi-stable Afrin was plunged into chaos. The fighting threatened to drag Washington in and kick off a new phase in the Syrian war.[5]

Turkey is a NATO member and ally of the US, while the YPG were known in Washington as “our guys” in Syria. While they’re a Kurdish militia, they haven’t actually attacked Turkey (unlike Ankara’s homegrown PKK). On top of that, Turkey’s operation has taken place on Syrian territory, likely rendering it an illegal war of aggression.

President Trump has already warned Turkey against strikes in Syria. Erdogan seems unlikely to listen. The US may now get drawn into yet another foreign war or be forced to watch as its former allies are slaughtered. 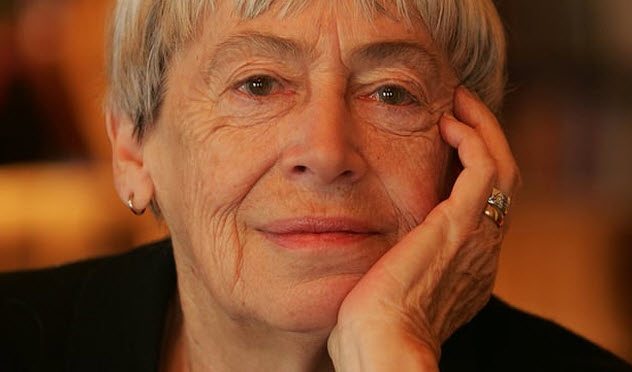 Ursula K. Le Guin was a true titan of science fiction and fantasy, an author who influenced both genres so profoundly that we’re still seeing her effects today. As the writer of The Left Hand of Darkness, A Wizard of Earthsea, and The Dispossessed, she spun feminist theory, political themes, and her Taoist beliefs into beautiful fables. Perhaps more importantly, her books were simply great fun to read.

This week, this leading light of sci-fi and fantasy finally went out. Le Guin died at age 88. Her death was marked by an outpouring of grief from her millions of fans.

One of Le Guin’s greatest achievements was helping to bring fantastic fiction into the mainstream. Today, it’s easy to forget that sci-fi and fantasy used to be seen as a genre for kids, geeks, and people stoned out of their minds. Along with writers like Tolkien, Lovecraft, and Asimov, Le Guin helped bring credibility to the genre. It’s an apt epitaph for a woman whose quiet tales belied a revolutionary spirit.[6]

4 London Was Rocked By A Major Groping Scandal 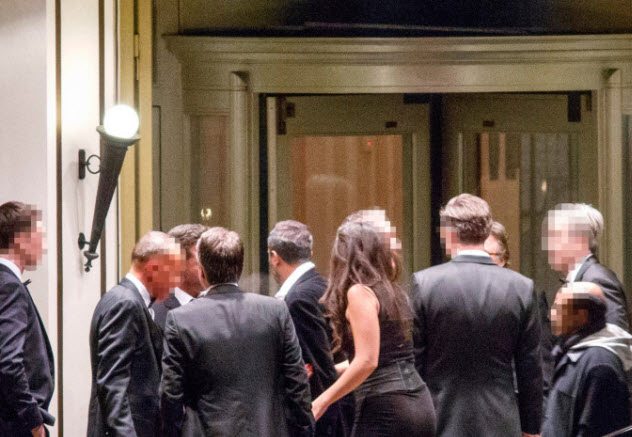 Until this week, the men-only President’s Club was known mainly to the charities that received money raised at its raucous annual dinner. Not anymore.

This Wednesday, London’s Financial Times published an undercover investigation into 2018’s club dinner. They revealed a seedy, drunken atmosphere where hostesses were forced to wear skimpy clothes and were subjected to repeated groping by the wealthy men in attendance.

The allegations read like an idiot’s guide to acting like a boorish drunk. Hostesses—mostly students—had hands put up their skirts, were grabbed on their behinds, and had to deal with repeated offers to go to bed with the guys harassing them. One alleged that a man exposed himself to her. Hostesses who tried to leave the event or even stayed too long in the toilets were forced to return to the main floor and spend more time with the gropers.

Thankfully, we live in the post–Harvey Weinstein age. So when the allegations broke, Downing Street blew its top. Charities withdrew their backing from the President’s Club, forcing it to shut down. Meanwhile, the government is now looking into the legality of nondisclosure agreements that harassed hostesses were forced to sign.[7] 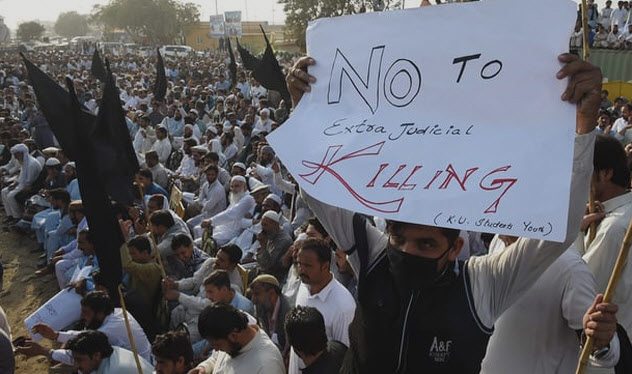 By some measures, Karachi in Pakistan is the most dangerous city in the world. There are frequent murders, even more frequent deaths from car crashes, and the ever-present shadow of terrorism and organized crime.

In short, it takes a lot to shock the hardy citizens of this frantic, bustling megacity. This week, though, details emerged of a grisly case that did just that. After a dead militant was revealed to have been a model with no known connections to extremism, attention turned to Rao Anwar, the police chief behind his death. It soon emerged that Anwar had been operating a death squad across Karachi that may have murdered as many as 250 civilians.

Details are still thin on the ground. But it seems that Anwar may have been running an extortion racket, murdering those who didn’t play along and painting them as “terrorists” killed while resisting arrest. Since the story broke, thousands have demonstrated in Karachi against extrajudicial killings. Anwar currently denies all the charges.[8] 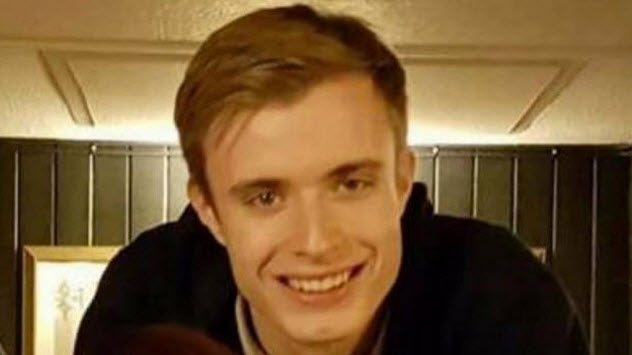 Just before Christmas, this column covered the cases of Liam Allan and Isaac Itiary, two young British men accused of rape whose trials collapsed when it was revealed that the police had deliberately withheld evidence proving their innocence. Since then, two more major British rape trials have collapsed, leading many to worry that the current system is unfit for purpose.

This week, even more questions were raised when it was revealed that over 900 such cases had fallen apart in 2017, a 70 percent increase from 2015. They had all collapsed because police or the Crown Prosecution Service (CPS) failed to turn over evidence that proved the defendants’ innocence.[9]

The worry is that a culture has gripped British policing to chase sex assault conviction targets at the expense of basic justice. Liam Allan spent two years on bail and Issac Itiary spent four months in jail for nonexistent crimes when their innocence was already known to officers. Scotland Yard is now reviewing all active sex assault cases.

1 The Trans-Pacific Partnership Went Ahead (Without The US) 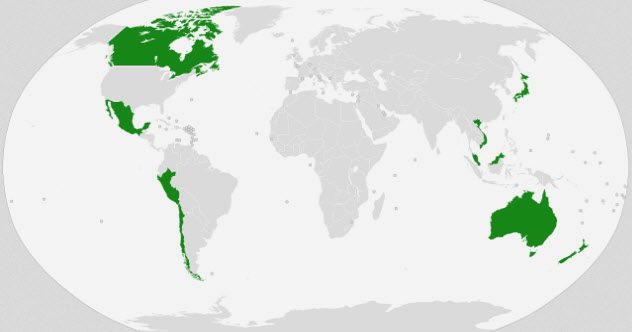 The Trans-Pacific Partnership (TPP), a mammoth deal linking 12 nations across Asia Pacific, was the biggest punching bag at the last election. Both Donald Trump and Bernie Sanders campaigned energetically for it to be torn up. Almost the moment President Trump was sworn in, he did exactly that. It looked like TPP was dead in the water.

Only it wasn’t. Not quite. This week, the 11 other TPP countries salvaged the deal in a remarkable piece of international diplomacy. Renamed the Comprehensive and Progressive Agreement for Trans-Pacific Partnership (CPTPP), it will now unite many of Asia Pacific’s biggest economies in a bloc effectively headed by Japan and Canada.

Aside from the logistics of making it happen, CPTPP is interesting in a couple of ways. One, it deals a blow to China, which sits at the head of a rival agreement called RCEP and had been hoping that TPP’s collapse would make it Asia’s undoubted superpower. Two, it suggests that the rest of the world isn’t reacting to President Trump’s America First strategy by likewise withdrawing but by finding new trade champions to replace Washington.[10]

Indeed, other countries are already looking to join CPTPP after it is ratified in 2019, including South Korea, Indonesia, and (oddly) the UK. Whether or not it delivers the promised benefits remains to be seen.