This week saw two international cases potentially shake up the geopolitical order in interesting ways. Elsewhere, the events of the last seven days were more of a mixed bag. Violence returned to some regions, and corruption was battled in others, all while the culture wars continued to rage on.

10 Canada Took The US To Court 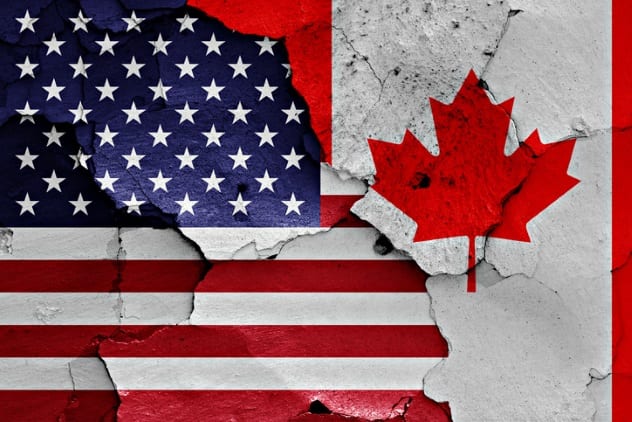 Canada is often portrayed as the United States’ younger brother. If that’s the case, then their friendly sibling rivalry just went full Cain and Abel. On Wednesday, Ottawa officially filed a complaint with the World Trade Organization (WTO), alleging that the US had broken multiple rules for decades.[1] The fallout could both badly damage the United States’ world standing and tear apart the North American family.

The US routinely investigates products and services from elsewhere to make sure they’re not unfairly supported by that other nation’s government. However, the six-person panel is weighted in Washington’s favor—in case of a tie, the dispute is automatically resolved to America’s benefit. The countries being investigated also have limited ways to present evidence in their defense. With the US recently moving against Canadian imports, Ottawa has evidently decided to hit back as hard as it can.

The backdrop to all this is President Trump’s attempts to renegotiate NAFTA. Canada worries that a protectionist US will try to screw the Canadian economy. That they’re now dragging Washington to court suggests NAFTA negotiations are going very badly indeed. 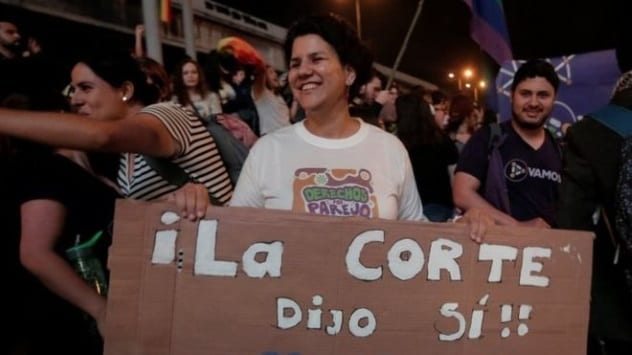 The Inter-American Court of Human Rights is the last legal recourse for most of Latin America. 20 countries are bound by its rulings, representing most of the Spanish-speaking world (plus a handful of Portuguese, French Creole, and other nations). As such, its major rulings are always big news. Wednesday’s ruling may be its biggest yet. In response to a case brought two years ago by Costa Rica, the court ruled in favor of gay marriage. 16 new countries will now be expected to enshrine LGBT marriage rights in law.[2]

Latin America is already ahead of many regions on the issue of gay marriage. Argentina, Colombia, Uruguay, Brazil, and parts of Mexico legalized it years ago, while Chile is currently sending a bill through its senate. But at least six member states do not recognize gay partnerships in any form. Nonetheless, they will either have to abide by the ruling or leave the court altogether.

The ruling is a significant victory for marriage equality campaigners. Currently, 26 countries allow same sex couples to get hitched. When this ruling is fully enacted, the number will be over 40. 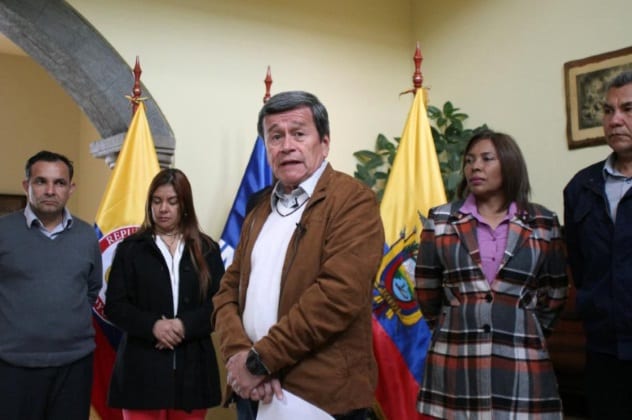 The disarmament of Marxist insurgents FARC was one of 2016’s biggest stories. After battling against the Colombian state for over 50 years—in a war that killed a quarter of a million—the country’s largest rebel group finally laid down its arms. When 2017 also saw the second largest leftist group, ELN, announce a cease-fire, and then the largest criminal gang followed suit, hopes for lasting peace in Colombia justifiably ran high.

Sadly, they couldn’t last. While FARC has indeed disarmed, ELN’s temporary truce with the government expired on Tuesday. People had hoped they would extend their cease-fire indefinitely. Instead, by Wednesday evening, the group had already launched three new bomb attacks on oil pipelines and murdered a soldier.[3]

The attacks were unexpected. ELN was in peace talks with the government of Juan Emanuel Santos. They’d just witnessed their leftist brothers FARC complete a similar deal. From their perspective, they had reason to hope for a good outcome. Now Santos has canceled the talks. It looks like Colombia’s endless war continues to drag on. But as the consequences have spread wider, so has disquiet at the anonymous nature of the accusations. This week, the first significant backlash against the #MeToo movement swept the world. We say significant because it didn’t originate with male activists. It came instead from France’s feminist old guard. 100 prominent French women signed a letter denouncing #MeToo as an anti-male witch hunt.[4]

The letter writers’ position is that clumsy flirting and natural sexual behavior have become conflated with sexual assault. They argue this has unleashed a wave of puritanism that threatens to return our morals to the Victorian era. Supporters of #MeToo have accused the signatories—all of whom are well-known and well-paid—of being out of touch with the experiences of ordinary women. 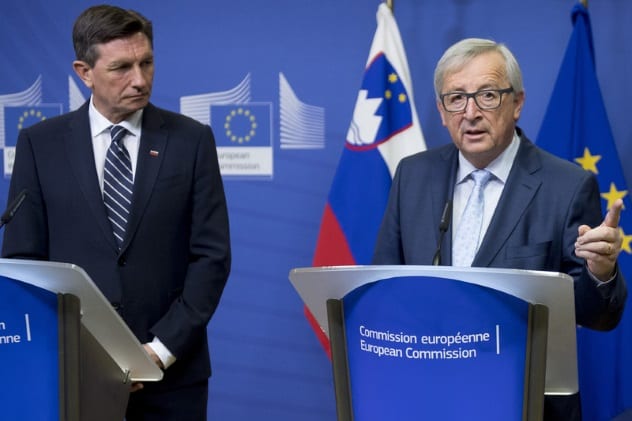 Tiny Slovenia and neighboring Croatia share a lot of history. Both unilaterally declared independence from Yugoslavia in 1991. Both fought wars with the Serb-dominated regime in Belgrade (very briefly, in Slovenia’s case). And both subsequently tacked west, eventually becoming full EU members.

Despite all this, the two countries still have unresolved issues. Both Slovenia and Croatia lay claim to 1.6 kilometers (1 mi) of land along the Adriatic coast, while there are huge disagreements about maritime borders. As part of Croatia’s 2013 accession to the EU, the government in Zagreb agreed to abide by a binding arbitration on the issue. Then the court ruled in Slovenia’s favor. Croatia refused to implement the agreed borders, missing the deadline of the end of 2017. In the first full week of 2018, the dispute really began to heat up.[5]

In Croatia, veterans of the War of Independence threatened to annex Slovenia’s waters themselves. Croatian fishing boats illegally crossed into the Gulf of Piran. While there’s little chance of an actual war starting, nationalist sentiment is becoming inflamed in the region. And history shows that aggrieved nationalism and the former Yugoslavia is a combination that does not mix well.

5 Israel Was Outraged By Yet Another Corruption Scandal 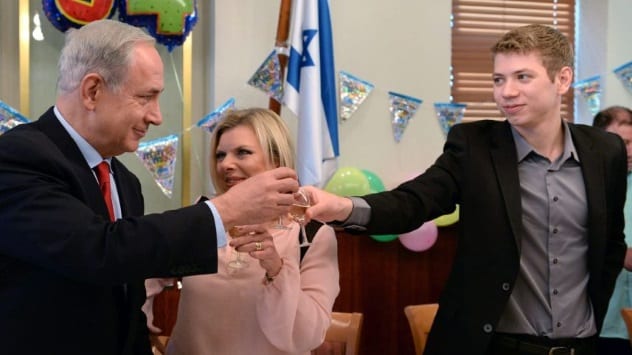 Benjamin Netanyahu may be one of politics’ great survivors, but he’s currently drowning in a sea of corruption scandals. This week, his son Yair unhelpfully added to his father’s woes. On Monday, a leaked recording of Yair at a strip club in 2015 was broadcast on TV. Not only did it reveal that the “Golden Boy” had used taxpayers’ money to have himself chauffeured to and from the club, but it also suggested potential corruption.[6]

The pull quote has been Yair telling his friend, the son of wealthy gas magnate Kobi Maimon, “My father arranged 20 billion dollars for your father.” Maimon controls Israel’s offshore gas fields. In 2015, Benjamin Netanyahu lobbied the Knesset hard for a deal funneling more money to Maimon. As Israel’s longest-running newspaper Haaretz explains, while Yair’s comments are clearly flippant, the Israeli public didn’t know the Maimons and Netanyahus knew one another at the time of the deal. For a prime minister already facing numerous corruption investigations, this is not a helpful revelation.

4 Google Was Sued For Discriminating Against Conservatives 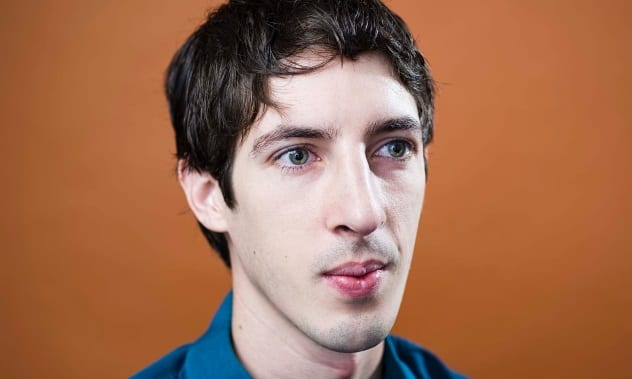 Remember James Damore? In 2017, the Google engineer shared a memo that alleged, in its TLDR form, that women are biologically less suited to working in tech than men. Google fired him after the memo leaked. Now Damore is back, this time as plaintiff in a case that threatens to sue Google for discriminating against white, male conservatives.[7]

Damore’s case is an interesting one. While he was portrayed by the left as a screaming misogynist and by the right as a valiant free speech warrior, he actually considers himself a political centrist. In a nuanced piece last November, The Guardian revealed he also suffers from autism. This may explain why he was so perplexed by the outrage he caused. His memo drew from arguments not considered controversial in the social sciences (although there was some evidence of cherry-picking). It’s likely he didn’t realize how sensitive an area this was.

Damore’s new lawsuit is part of a package of actions that have recently left Google reeling, including one that argues the exact opposite by saying the company discriminates against women. It seems “Do No Evil” has been replaced as Google’s motto with “Aggravate Literally Everyone.” 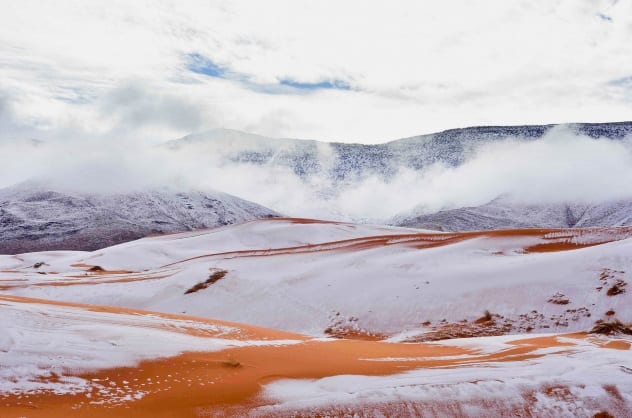 In the last 40 years, snow has fallen in the Sahara only three times: in 1979, in 2016, and now in 2018. On Sunday, residents of the northern part of Algeria’s portion of the desert awoke to an unexpected sight. The giant reddish dunes surrounding them were now dusted white with snow. The effect was simultaneously freakishly strange and quietly beautiful.

If you have a spare three minutes, we highly encourage you to click on this link and check out some of the pictures. If nothing else, the sight of a Saharan sand dune buried in snow is one you don’t get to see very often.

The rare snowfall was caused by high air pressure over Europe, which has in turn been affected by unseasonably warm weather in some parts. (Prague and Vienna have been hitting 8 degrees Celsius [46 °F], instead of their customary January temperature of minus six billion.) Throw in the frozen misery that griped the Eastern US last week, and it’s starting to feel like 2018 is gearing up to be a year of crazy weather.

2 A Horrific Massacre Linked To The Timber Trade Shocked Senegal 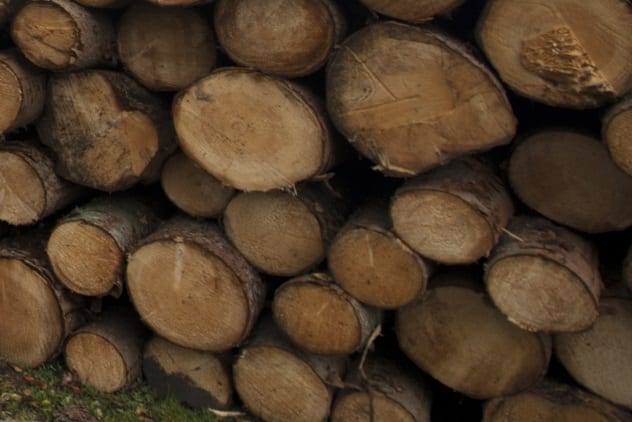 The Casamance region of Senegal is no stranger to violence. Between 1982 and 2014, a low-intensity war between the government and separatist rebels killed nearly 5,000, with sporadic clashes still happening today. Yet even Casamance wasn’t prepared for the bloodshed seen on Saturday. 13 men, including a number of teenagers, who were out collecting wood were kidnapped and murdered. Some were shot. Some were decapitated. One unlucky soul was burned alive.

As bad as the massacre was, it was the news of what sparked it that really shook this normally stable West African nation. Following reports that rebel group MFDC had condemned the violence, another motivation was discovered: illegal logging.[8]

Wood trafficking is big business in Casamance, but never before has it been linked to violence such as this. If logging groups are turning toward this level of brutality, it suggests something truly terrible is bubbling under the surface of this illicit trade. The military are now moving into the region to track down the kidnappers. 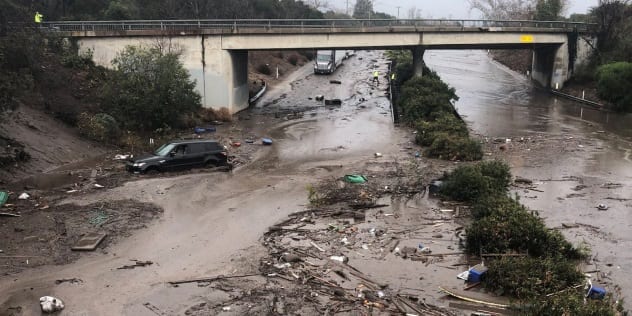 It’s been a bad few months for California. After several devastating wildfires killed scores, the Golden State has once again found itself at the heart of a tragic natural disaster. Early this week, ferocious mudslides swept through Santa Barbara County. Roiling walls of debris and water left whole houses buried. At the time of this writing, at least 17 are confirmed dead, with another 17 still missing.[9] It seems unlikely that any of the missing will be found alive.

If the death toll does indeed rise to 34, the mudslides will be a tragedy almost as terrible as the recent wildfires that killed 46. Not that the two are completely separate. The area worst affected by the mudslides was the same area devastated by the Thomas Fire. The lack of vegetation likely contributed to the sheer volume of mud that swept away 100 homes.

Given the knock-on effect of these disasters, it’s sadly likely that 2018 may see more natural destruction in the state. We can only pray this most recent mudslide is also the last.