Some say that necessity is the mother of invention. But quite often, things are created entirely by accident or utilized for purposes other than the original intention.

Many of these products are taken for granted nowadays. But had it not been for one act of ingenuity (or complete accident), then these things may never have existed. 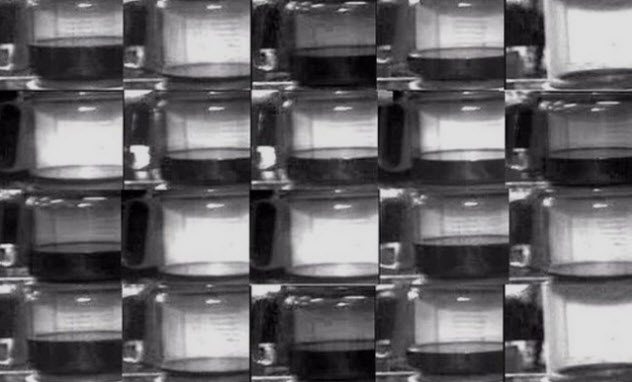 Before the days of video chat, people had no way of communicating with each other live via video. This all changed when computer geeks at the University of Cambridge invented a webcam. This was not created to communicate with friends or family but to keep an eye on the coffee percolator.[1]

With this method, people could look at a screen to see if there was coffee available rather than going out of their way to check on it physically. It was also a solid way of knowing which one of your coworkers drank the last cup without refilling the pot. We can all relate to that!

Since it was the early ’90s, the webcam wasn’t perfect. It was really more of a photo album as it took three photographs per minute. But still, coffee cravings led to the invention of something that we all take advantage of now. (Or cover up with tape. If Mark Zuckerberg does it, there’s no reason we shouldn’t.) 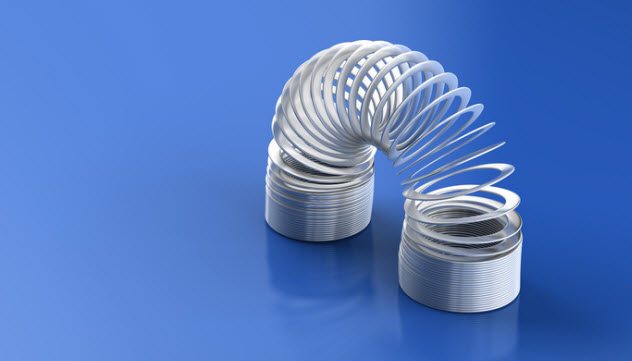 The Slinky is the epitome of an eccentric toy for children. We have all seen the ads and wanted one. But what if we told you that the Slinky was not invented for entertainment purposes?

In the mid-1940s, Richard James was a mechanical engineer who invented the Slinky as a device to monitor a ship’s movement. Some expensive equipment had to remain steady on rough seas. While developing the product, James accidentally knocked it from a shelf and watched it “walk” away. 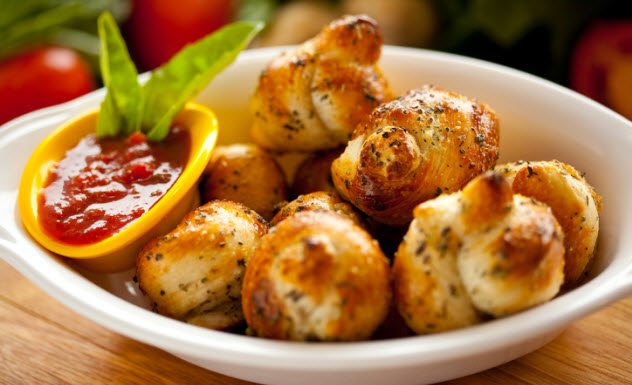 We all love a couple of garlic knots with our pizza, but did you know that they were invented solely to avoid waste? Instead of throwing away the leftover dough from the pizza, a person in Ozone Park, Queens, concocted the idea of a garlic knot. It was simple in concept but may never have found a place in every pizza store on the planet if the store owners in Queens had used up all their dough on pizzas.

However, it is difficult to locate the original inventor. Many pizza store owners were faced with heaps of leftover pizza dough and apparently came up with the idea for garlic knots simultaneously. This creation is an excellent example of necessity being the mother of invention.

Be honest, you are hungry now, aren’t you? All this talk of pizza and garlic bread will have you reaching for the takeout menu quicker than you can say “garlic knots.”[3] 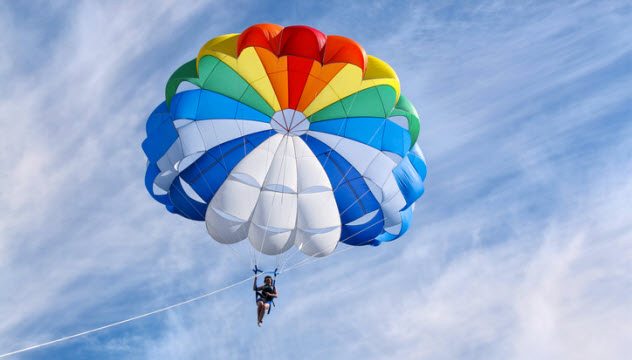 When you think of a parachute, you immediately associate it with a plane. But what if we told you that the parachute was not invented with the airplane in mind?

Over a century before the Wright Brothers, Louis-Sebastien Lenormand invented the parachute and successfully jumped from a building. The idea was to provide an escape from burning buildings. But for some reason, it never took off.

It wasn’t until a decade later in 1793 that the parachute was successfully used in an emergency situation. Jean-Pierre Blanchard’s life was saved when he used the parachute to escape a ruptured hot air balloon.[4] 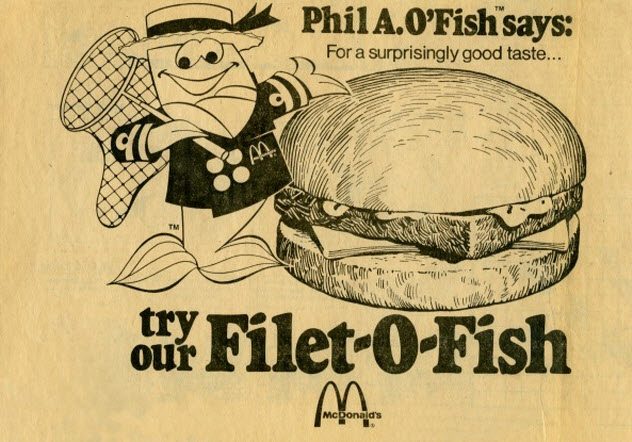 To most of us, the Filet-O-Fish is simply one of the many items on the McDonald’s menu. But the invention of the sandwich was unlike any of the others. Lou Groen, a franchise owner, came up with the idea after noticing particularly low sales on Fridays. He realized that most of the area was inhabited by Roman Catholics, who did not eat meat on Fridays for religious reasons.

Thus, the Filet-O-Fish was born. As much fun as it is to find out that something popular was created entirely by accident, it is always inspiring when a businessman shows ingenuity.[5] Richard Montanez was a janitor who worked for Frito-Lay. During work hours, he would sweep the floors. During his breaks, he would hang out with other staff members at the factory.

After observing the machinery and learning more about the snacks produced by the factory, Montanez discovered that there was no brand of Cheetos marketed toward the Latino community. During his breaks, the janitor used a broken machine to produce cheese-less Cheetos. Then he went home and dusted them with chili powder.[6]

He shared the newly invented snack with his family, who enjoyed them. Montanez contacted the company’s CEO, and the rest is history. Upon their release in 1991, Flamin’ Hot Cheetos outsold the original cheese flavor. The janitor is now a vice president of sales for the company. If that isn’t an inspirational tale, then we don’t know what is! 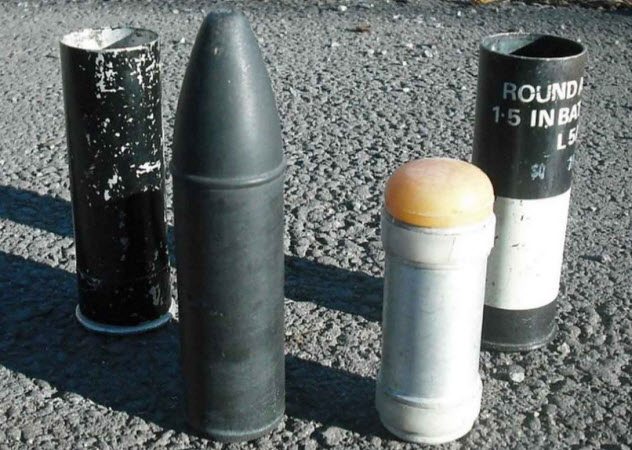 Rubber bullets were initially intended to be shot at the ground. From there, the bullet would bounce and hit the assailant. They were not intended to cause injuries as most rubber bullets do today. Instead, they were meant to cause a sharp pain as a warning for protesters.[7]

Rubber bullets were first used against rioters in Northern Ireland in the 1970s. We really want to see Keanu Reeves use this in John Wick: Chapter 3. It would be fantastic to see him bouncing bullets off the ground and into the legs of his enemies. It would make for some beautiful cinematography.

It is a shame that the original intention of the rubber bullet was never realized as an injury-free bullet sounds like a fantastic idea. 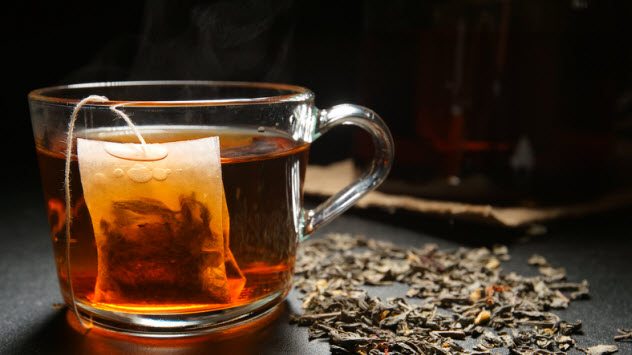 The tea bag was yet another common household item that was invented entirely by accident. Around 1908, an American tea salesman began to bag tea rather than use the usual boxes. He did this to distribute the bags as samples, hoping to entice new customers.

People were meant to open the bags and pour the tea into the cup. Instead, the customers dunked the bags into the hot water, thus changing the way that tea was prepared for generations to come.

Although the US embraced the change, the UK did not take to it. Shortages during World War II also delayed the tea bag’s popularity, so they didn’t become a household item in the UK until the 1960s.[8]

It is strange to discover that one of the most stereotypical British products was in fact an American invention. With an average of 165 million cups of tea consumed daily in Britain, it is safe to say that this accidental invention was a success! Sometimes, it is difficult to imagine a time when something common in our lives did not exist. For example, we would probably struggle to imagine a world without T-shirts. However, their invention was relatively recent—in 1904!

But that’s not the reason why the item’s creation is so peculiar. It was invented for bachelors who were presumed to have little knowledge of sewing because they didn’t have wives. The ingenuity of this marketing ploy is one of the reasons why the buttonless shirt was a hit!

The idea that men are incapable of doing their own sewing is antiquated. But hey, it was 1904! The Cooper Underwear Company marketed the item as a “bachelor’s undershirt.”[9] Who’d have thought that such a simple idea would take off as much as it did? 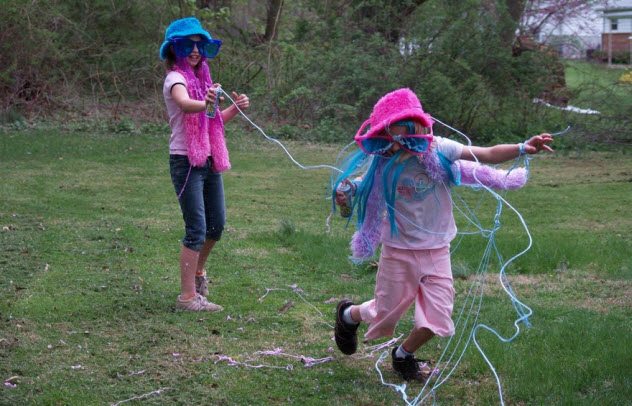 When we were kids, we loved Silly String. It was the perfect weapon. For a brief moment, you could feel powerful as you attacked your friends and family with the frothy string.

But what would you say if you found out that Silly String was actually invented for medical purposes?

The product was created by the combined efforts of chemist Robert P. Cox and inventor Leonard A. Fish. (That name sounds fake, but it isn’t.) Silly String was intended to be a spray-on cast which would instantly harden.[10] While testing which nozzle would work best, Fish discovered that a particular one released the product in a thin, long string. This inspired the two men to market the product as a toy for children, and the rest is history!

Although the invention of Flamin’ Hot Cheetos had by far the most impressive method of creation, it is Silly String which deserves the top spot. It differed massively from its original intention. The idea of an invention starting as a medical product and ending up as a children’s toy is completely baffling. It is difficult to believe that something like that could happen! What a wonderful world we live in.