Millions of people around the world live their daily lives without engaging in extreme sports, which either puts them on the right side of Darwinian evolution or demonstrates that they are simply too scared to push themselves to the limits of their nerve and endurance.

For those of us who don’t go outside when it is windy because tree branches are a hazard, the concept of dying while doing an extreme sport can seem like a waste of life. For extreme sport devotees, though, the thrill that they get from flying, falling, or hurtling is what makes this life worth living.

So with no further ado and a parachute that might not even open, let’s free-fall into this list of 10 people who died while participating in the extreme sports they loved more than life itself. 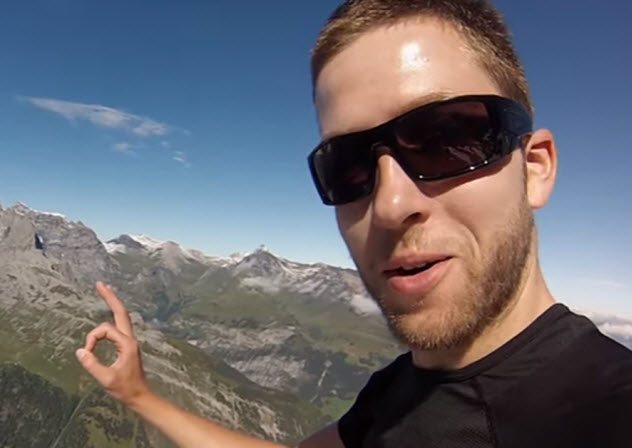 BASE (Building, Antenna, Span, and Earth) jumping is an extreme sport in which people with nerves of steel jump from objects like bridges using parachutes or wingsuits and then parachutes.

Perhaps unsurprisingly, BASE jumping has a high fatality rate and is illegal in many places.

One of the most widely known BASE jumping wingsuit deaths took place while it was being live-streamed on Facebook. Uli Emanuele was filming a wingsuit flight in the Italian Dolomite mountains when he crashed and died on impact.

Emanuele had previously performed amazing stunts, passing through tiny gaps in cliff faces in his wingsuit. He was certainly no amateur. His death shocked the wingsuit community because he was known for his precision and attention to detail when planning flights.[1] Emanuele was 29. 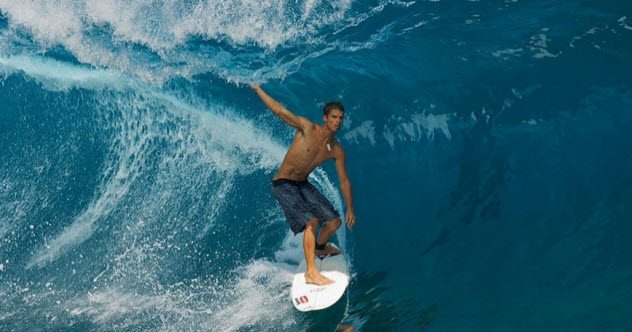 Malik Joyeux was a big-wave surfer who grew up in Tahiti. An antidrug advocate and all-around good guy, Joyeux had won an award for surfing one of the biggest waves on his home break of Teahupo’o.

The French-born, goofy-foot surfer (which means that he led with his right foot on the board) was also a professional kite surfer and windsurfer who scraped by on sponsorship money and friendship. He was just starting to make a name for himself when he went for a surf on a seemingly uneventful day at the famous Oahu Pipeline on Hawaii’s notorious North Shore.[2]

Joyeux’s last wave was a 2.5-meter (8 ft), thick one that crashed down on the young surfer. It pushed him under the water and destroyed his board, flinging it out of the water.

The wave was part of a set, so Joyeux was kept under the water while two other waves crashed. It took 15 minutes to find his body. Despite lifeguards and paramedics using CPR and a defibrillator, it was simply too late for the young surfer. Malik Joyeux was 25. 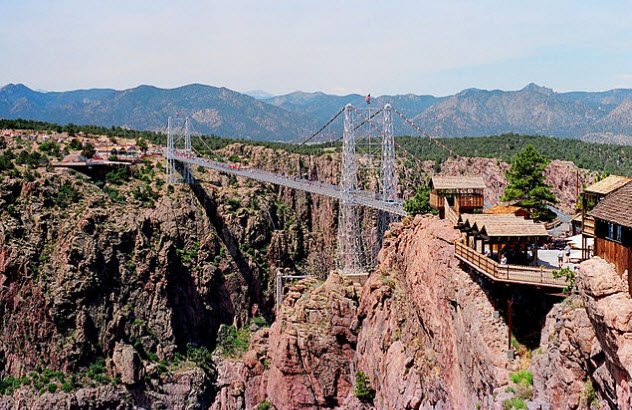 Dwain Weston was a legendary Australian BASE jumper with loads of experience and air time. He was considered to be one of the top BASE jumpers of his time. However, with a sport that has an almost nonexistent margin for error, this does not guarantee safety.

Weston was a computer analyst who traveled the world, making well over 1,000 jumps. In 2002, he won the world BASE jumping title. Little did anyone know, he would not survive more than another year.

Weston’s final performance was a wingsuit jump from a plane with another person as part of a demonstration in the first year of the Go Fast Games in Colorado.

The flight plan was that both men would jump from the plane, with one flying over a bridge that spanned a railway track and the other flying under. Weston was meant to fly over the bridge. Instead, he slammed into it at 193 kilometers per hour (120 mph) and parachuted to the rocks below, his leg severed at the hip.

He died on impact with the bridge. However, this was not initially clear to the people watching from the bridge because his parachute deployed after the hit. Dwain Weston was 30 years old.[3] 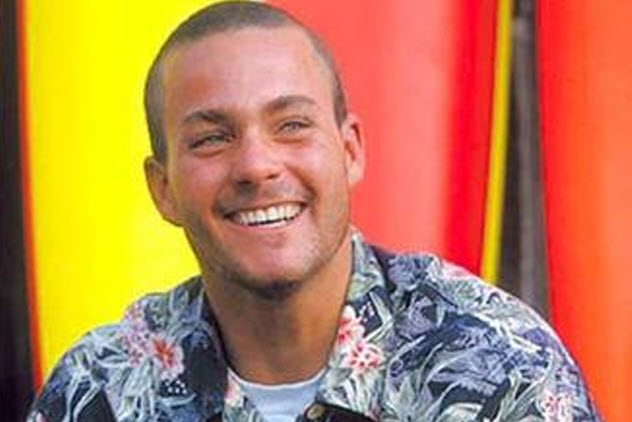 Jay Moriarity was an American professional surfer who received worldwide attention at only 16 when a photo of him wiping out on a big wave at Mavericks, a renowned surf break in Northern California, was published on the front cover of Surfer magazine. Mavericks is a famous ocean break that is 3 kilometers (2 mi) offshore and is known to produce waves up to 18 meters (60 ft) high.

Several top surfers have died at Mavericks dues to the heavy, pounding surf. Jay Moriarity was not one of them.

Instead, Jay died while he was training for big-wave riding. A serious surfer, Jay was intent on conditioning his body to withstand being deep underwater for long periods of time. This is important when you are riding waves the size of mountains.

Jay died free diving after climbing down a buoy rope to sit on the bottom of the ocean in the Maldives without scuba gear or flippers. Jay descended to a depth where he would usually need these things and may have blacked out while returning to the surface.[4]

He never came up for air. Jay Moriarity was 22 years old. 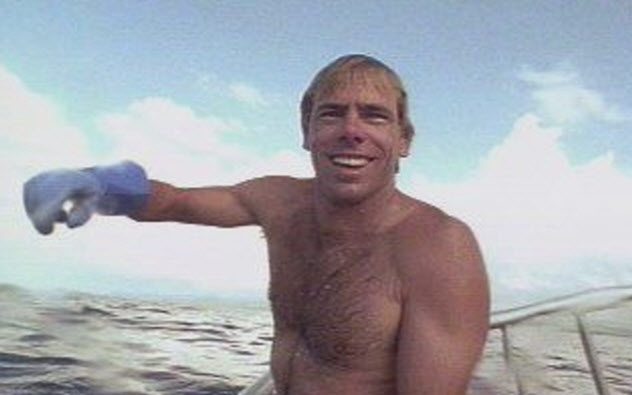 Jimmy Hall was something of a celebrity in his home state of Hawaii. He wasn’t just involved in one extreme sport, though. He spent his life being involved in several.

Hall lived on the island of Oahu and owned a business called Hawaii Shark Encounters. Sharks are also something that millions of people successfully avoid. But Hall’s business catered to the demographic that wished to encounter them.

He was a shark expert who had swum with Hawaii’s only great white shark. After seeing footage of Hall’s experience, the Discovery Channel signed him to host Shark Week.

Hall had already booked a trip to Nunavut in Canada to participate in BASE jumping when he got the Discovery Channel contract. He was filming a documentary on Baffin Island when he died.[5]

The documentary was to include footage of Hall BASE jumping off mountains on Baffin Island. It was during one of these parachuting jumps that Hall died. Jimmy Hall was 41 years old. 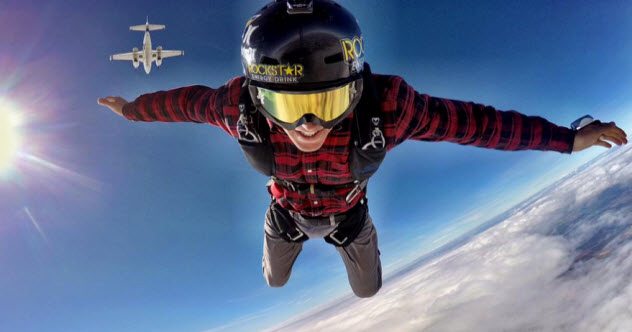 Erik Roner was a German extreme sports enthusiast who achieved a level of fame on the MTV show Nitro Circus. Sadly, he died doing an unremarkable jump with two other parachutists. The three were performing the skydiving stunt during the opening ceremony for a celebrity golf tournament in California when things went horribly wrong.[6]

While the other two parachutists landed safely on the ground, Roner slammed into a tree and became entangled, hanging from the tree. Although onlookers and officials tried to rescue him, even going so far as to form a human ladder, the efforts were futile and Roner died in the tree. Erik Roner was 39 years old. 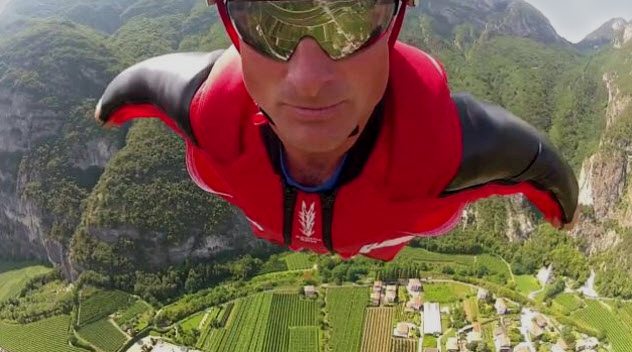 When the 2012 Summer Olympics opening ceremony in London celebrated the book and movie character of James Bond, Mark Sutton was the experienced stunt double for Daniel Craig, who was playing 007.

A year later, Sutton was dead, another extreme sport victim of gravity and speed.

Sutton had jumped from a plane with fellow veteran wingsuiter Tony Uragallo. The pair had decided to follow a preplanned course. Their jump was part of a three-day wingsuiting event called HeliBASE 74, which was to be filmed by Epic TV. Sutton’s jump took place on the first day of the event.

Sutton was traveling at about 200 kilometers per hour (125 mph) when he veered off course and hit a ridge. He died on impact. A rescue helicopter immediately located his body, but there was nothing anyone could do. His parachute did not deploy. After his death, the event continued on in honor of Sutton.

Footage of the tragic flight was given to the local police. Mark Sutton was 42 when he died.[7] 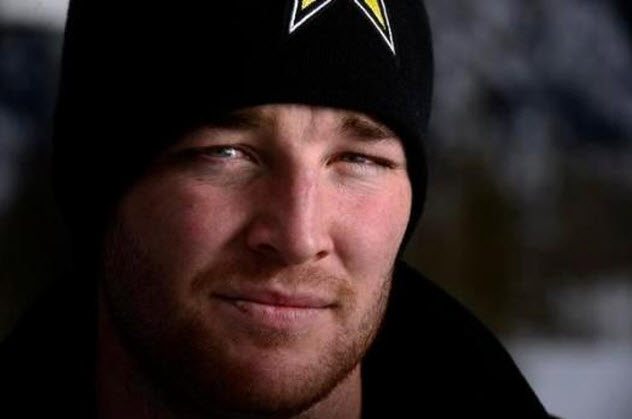 The 2013 Winter X Games were in full swing when onlookers were horrified to see Colten Moore crash his snowmobile in an accident that separated his pelvis. At the time, Colten didn’t know that his brother, Caleb, had crashed his own snowmobile in the same spot moments earlier.

Caleb Moore had attempted a backflip off a jump. But he under-rotated, and the vehicle’s skis caught in the snow. Caleb ended up beneath the snowmobile. He walked away, but the damage was done. His heart had been injured, and he went into cardiac arrest before he was able to have surgery. Having sustained brain damage due to lack of oxygen, he died a few days later.[8]

He was the first person to die at the Winter X games. Caleb Moore was 25 years old. 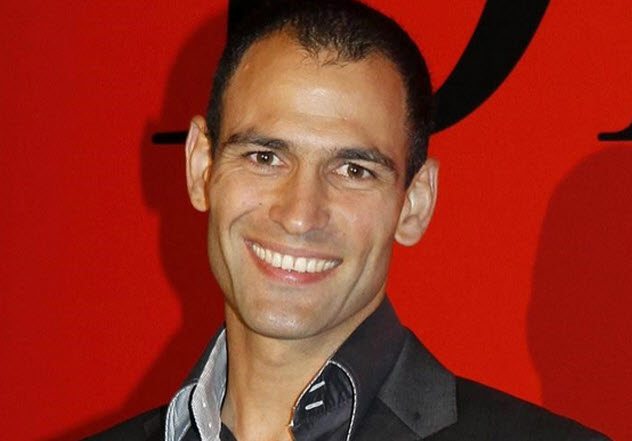 Dario Barrio was a popular Spanish TV chef. His successful television show had allowed him to travel all over the world and explore the culinary delights found in other countries. He was also a keen wingsuiter. Unfortunately, this led to his death.

Dominguez jumped with two other wingsuiters at the International Air Festival in the Sierra de Segura mountain range in Spain. Footage of the tragic event shows that the other two wingsuit flyers landed safely with parachutes. Dominguez has no such luck and smashed into the ground over a ridge, dying on impact. His parachute had simply not deployed.[9] 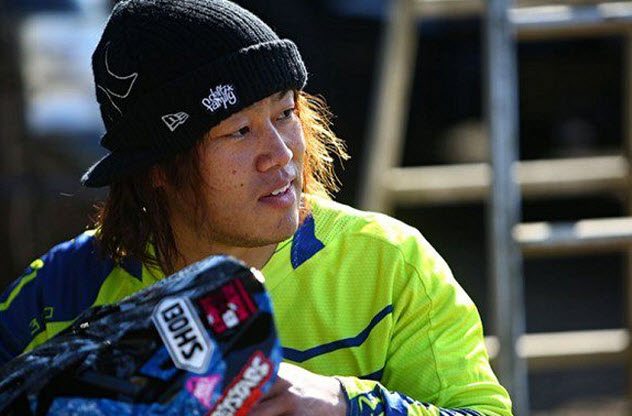 Kuraudo “Cloud” Toda was an inspirational young Japanese motocross rider who was involved in a serious accident while testing Suzuki bikes in 2008. This accident had left Toda paralyzed from the chest down, but the intrepid young man wanted to keep riding.

After he had healed as much as he could from his injuries, he began to ride again. Toda had a cage installed on his bike that allowed him to ride without using the lower half of his body. The cage effectively strapped him to the bike.

Toda was training for the X Games Best Whip competition when he landed in a foam pit that he had constructed with the help of his friends as a safety measure.

Tragically, the foam pit was ignited by his bike. He was unable to free himself from the bike due to the cage, so he burned to death in the pit. His helpless friends watched in horror as the flames were too hot to approach. Kuraudo “Cloud” Toda was 34 years old.[10]

Christy Heather is an Australian novelist, lawyer, and professional writer who would never jump out of a perfectly good plane.

For more unforgettable sports moments, check out 10 Bizarre But Memorable Sporting Moments From History and Top 15 Greatest Sports Moments of All Time.