Known all over the world as being one of the greatest and most wonderfully flamboyant performers of all time, Freddie Mercury loved his art and his audience. Several entries on this list detail times that he went through great pain in order to guarantee audience satisfaction. Music was his life; nothing else could compare.

Whatever situation he found himself in, Freddie Mercury remained true to the titles of one of Queen’s biggest hits. The show must go on. 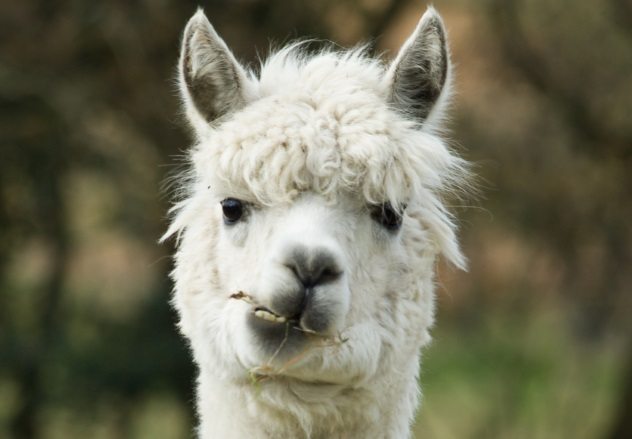 In the 1980s, two music legends attempted to collaborate on an album. Michael Jackson and Freddie Mercury combined their talents, but it was not meant to be. The album was canceled because the stars had certain disagreements about items which the other insisted on having. Freddie objected to Michael bringing a llama to their recording sessions, while Michael disagreed with Freddie’s persistent cocaine use.

One can only imagine what it must have been like for their agents to have to negotiate through this situation. Where do you even start? How can you have a normal conversation about a llama and cocaine? The duo ultimately recorded three songs together: “State Of Shock,” “There Must Be More To Life Than This,” and “Victory.”[1]

9 The Love Of His Life 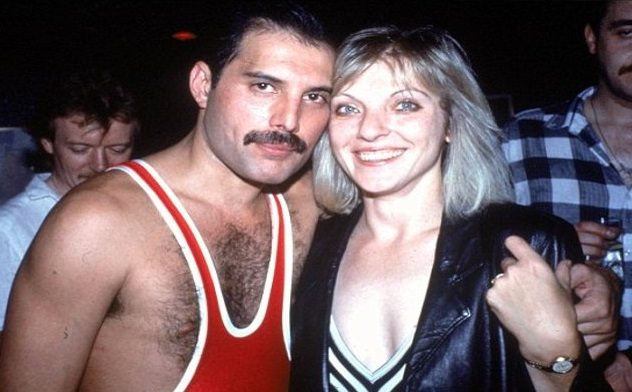 It is a little-known fact that Freddie Mercury was bisexual, not homosexual as many believe. He was in a relationship with a woman by the name of Mary Austin and lived with her for seven years. Despite moving on, he continued to be close with her up until his final days. He even left her his $4 million mansion on the condition that his boyfriend was allowed to live there for as long as he wished.

Freddie and Mary met through Brian May, who dated her in the 1970s. When Queen was formed, May introduced the two. Freddie visited her place of work for six months after they met before asking her out on a date.[2] 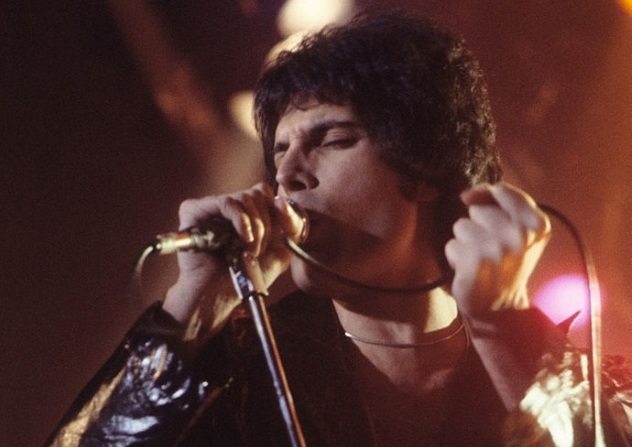 The 1970s were a less tolerant time. That much is known. However, when Freddie Mercury was heckled with the words “you f—ing poof” at the Manchester’s Free Trade Hall, he made sure that he instituted his own form of justice. In response to the slur, the artist demanded that a spotlight was put on the heckler. The crew responded and highlighted the reportedly incredibly embarrassed audience member.

The shame likely came from losing the anonymity he had as part of a crowd or because he feared being attacked by the stadium of Queen fans. Whatever the reason, it is good to see a story where intolerance was met with justice. Once the spotlight was on the heckler, the artist greeted him with the words, “Say that again, darling.” Naturally, he did not respond.[3]

This popular 1980s hit was written by Freddie in merely ten minutes while he bathed in his room at the Munich Hilton. With his guitar in hand, he created a masterpiece of lyricism in his downtime. Is anyone else distracted by the fact that he was able to play the guitar in the bath? Either the instrument was waterproof or he had to awkwardly hover it above the water level. One thing is for certain: the guitar aspect was important to him, as it led him to playing guitar onstage for the first time in 1979. From there, it became the band’s first number-one hit single in the US the following year.

In a 2011 interview, Brian May revealed that Freddie wrote the song as a tribute to Elvis Presley. The artist may have been one of the greatest vocalists of the 20th century, but his limited guitar experience restricted his range while creating the song. He summarized his relationship with the guitar by saying, “I can’t play for nuts.”[4]

6 Candle In The Wind 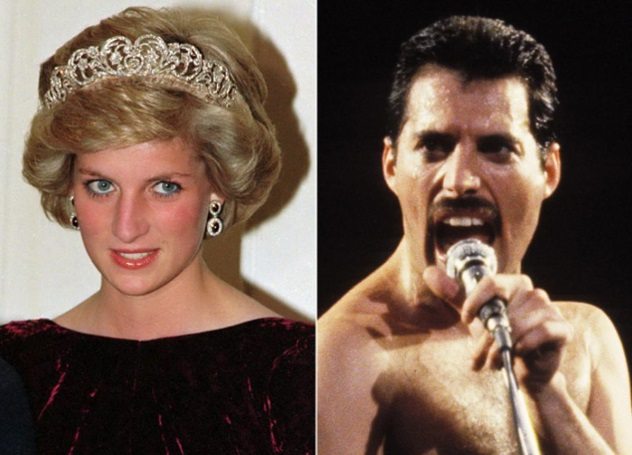 In the late 1980s, Freddie Mercury and comedian Kenny Everett allegedly disguised Princess Diana as a man and took her to a gay bar. This story was told in The Power of Positive Drinking, a book by Cleo Rocos, in which she detailed how much fun the princess had. Nobody saw through her disguise! She was dressed in an army jacket, cap, and a pair of sunglasses. The thrill of being able to walk among the public unrecognized was welcomed by Diana, who ordered drinks and openly enjoyed the company of her friends. The crowd was likely too distracted by the presence of Mercury and Everett to recognize the princess. Rocos commented on how she looked “like a beautiful young man.”[5]

The friendship of Freddie Mercury and Princess Diana was well-known, as was her work with AIDS in a time when many were uneducated about the disease. The pair got along well, but little was documented. Only posthumously have the details came out. For instance, a pastime which Freddie and Diana enjoyed was watching episodes of The Golden Girls with the sound turned down. They would then dub the voices of the characters and create their own stories. Both of these people were taken away from us too soon, but their sense of humor and legend remain with us.

5 The Show Must Go On 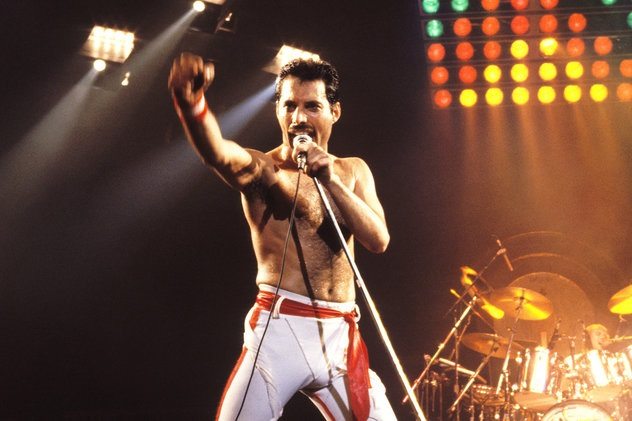 Few artists have committed to the mantra “The show must go on” as much as Freddie did. One time in 1984, despite hurting his leg in the middle of a set, Freddie insisted that he finish the concert. He was dragged over to the piano, having fallen down during a performance of “Hammer to Fall.” After a few moments of talk, the artist turned down the opportunity to end the concert early. He saw it through to the end, propped up against the piano.

After three songs, he was rushed to the hospital, where his leg was bandaged up. The injury persisted for the entirety of their European tour. Brian May, concerned for his friend and band member, ended “We Will Rock You” several bars early, knowing that Freddie was in great pain. If that isn’t commitment to your art, then we don’t know what is.[6]

Shortly before his death, Freddie was shown the popular Wayne’s World scene which had Wayne and Garth headbanging in their car while “Bohemian Rhapsody” played. The artist loved the scene and gave his approval. The popularity of the movie put Queen in the limelight once more, allowing them to return to the charts in the US after several years.

In a 2016 interview, Brian May told the BBC that he still loved the song, despite its popularity. “If it comes on the radio, I’ll turn up and listen” he said, before revealing that his air guitar days were over. May was the one who showed the clip from Wayne’s World to Freddie. The artist was bedridden and incredibly ill, but he still enjoyed the scene. He said, “I suppose I’ll have to die before we get America back,” commenting how Queen was once popular across the pond but had since lost their audience there.[7] 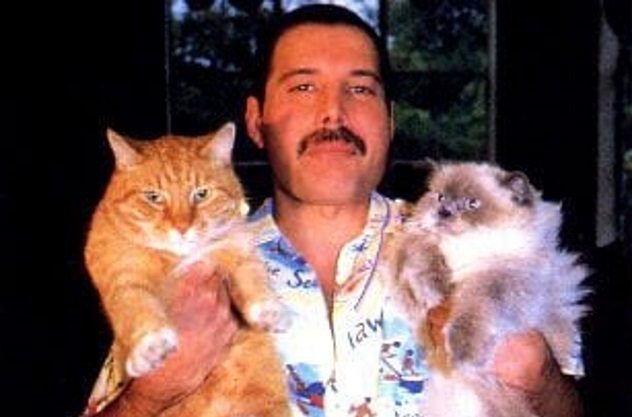 What few people know about Freddie Mercury is that he was possibly the world’s biggest fan of cats. In 1985, Freddie released a solo album which was dedicated to his cat. The dedication was as follows:

To My cat Jerry. Also Tom, Oscar and Tiffany, and all the cat lovers across the universe. Screw everybody else.

Okay, so perhaps it wasn’t solely dedicated to his cat. He appreciated all of the cat lovers in the world just as much.

This wasn’t the first incident of Freddie paying tribute to one of his cats. The song “Delilah” was named after his pet and went on to be number one on the Thailand Singles Chart. At one point in his life, the artist lived in a house with ten cats. This is the reason why his London mansion was his favorite; it became his go-to place whenever he returned from tour.[8] Did anybody notice how his two of cats were called Tom and Jerry?

Knowing that he was going to die, Freddie recorded a series of tracks to be released posthumously. The other band members took these vocals and performed around them. Unfortunately, Freddie did not live long enough to finish the final verse of the song “Mother Love,” so the vocals were completed by Brian May, the lead guitarist. The song documents the last time that the artist ever sang in a studio.

May has since spoken about the recording, saying, “We all knew there wasn’t much time left.”[9] It’s hard to imagine how difficult this final studio recording was. After years of rising up as one of the world’s greatest bands, everything was about to come to an end. Music was Freddie Mercury’s life, so it is only fitting that he persisted with his art up until the very end.

Queen was one of the many bands that took part in the 1985 Live Aid concert in London’s Wembley Stadium. Among the set list were David Bowie, Elton John, Sir Paul McCartney, Phil Collins, and Sting. Despite having dropped in popularity prior to this concert, Queen still managed to outshine all the other performers. Freddie gave the performance of his life, moving from the piano to the guitar. He gave it his all.

The most amazing aspect of his performance was that Freddie had been advised to cancel, due to a throat infection. He had recently been diagnosed with throat nodules. You may be beginning to sense a trend here. We’ve already described an instance of the artist ignoring the advice of others in favor of pleasing the audience. Brian May would later refer to the performance as “the greatest day of [their] lives.”[10]

One thing is clear from examining the life of Freddie Mercury: This man was born to rock. Despite passing away at the age of 45, he lived a fascinating life. He was led by his art from the beginning right up until the end. If we learned one thing from the artist’s life, it was this:

The show must go on.

A pop culture aficionado and an irreplaceable member of any pub-quiz team.

Read more facts about famous musicians on 10 Tragic Facts About Legendary Musicians and 10 Musicians Who Made The Most Of Their Disabilities.