Prescription drugs have had detrimental impacts on countless men, women, and children suffering from illness. Those who fall victim to the side effects of life-threatening medications may become zombielike and are even prone to drug abuse, addiction, and deadly overdoses.

Some patients have gone beyond pharmaceuticals and have tried cannabis (aka marijuana), which has not been recognized by the FDA as medicine. Two main cannabinoids are present in the cannabis plant and have received serious attention in recent years.

Cannabidiol (CBD) contains active ingredients from the plant but without the delta-9-tetrahydrocannabinol (THC), the cannabinoid that causes people to feel “high.” The compounds in CBD may dramatically reduce inflammation and pain in patients without the psychoactive effects produced by THC.

CBD may also be used to treat a variety of chronic conditions and may come in the form of edibles (brownies, cookies, candies), oils, extracts, and more.

What is genuinely extraordinary is that there is an endocannabinoid system, a collection of endogenous cannabinoid receptors, that lies in the mammalian brain and throughout the central and peripheral nervous systems. CBD can also increase the amounts of endocannabinoids in your system. Research is continuing into this system and the effects of medical cannabis.

Disclaimer: The author is not a doctor, and the publisher is not a medical organization. This information is for entertainment and educational purposes only. It is not intended as a substitute for or a replacement of medical advice or any treatment that may have been prescribed by your physician. Claims made in this list have not been evaluated by the FDA. 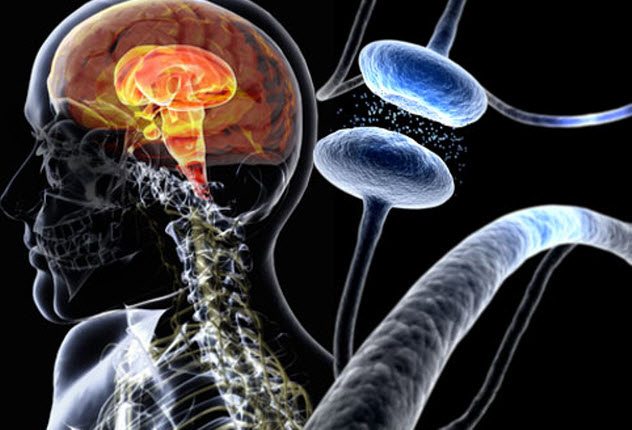 Parkinson’s disease (PD) is a degenerative disorder that causes serious destruction to the nervous system. Its victims suffer from slowed cognition as well as stiffness, which can lead to worse symptoms such as challenges with moving, speech impairments, and even tremors.

Although the results aren’t conclusive, cannabis has been shown to be highly effective in overall symptom management due to its analgesic effects and ability to relax muscles. Pain relief is undoubtedly a crucial benefit. However, reduced tremors, improved sleep quality, better overall mood, increased ease of movement, and stimulated appetite are also advantages to cannabis treatment.

A study published in 2014 found that 22 participants with PD noticed improvement in tremors, sleep, and pain relief within 30 minutes of smoking cannabis.[1]

On the other hand, some side effects from medications prescribed for PD include ankle swelling, involuntary movements, liver damage, and insomnia. These side effects may be avoided when treating symptoms with CBD. 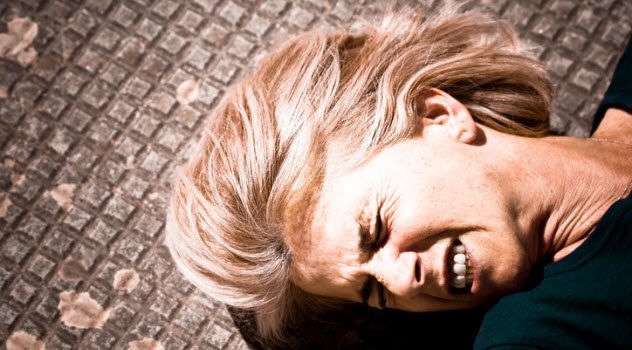 Characterized by recurring seizures that vary in intensity, epilepsy is usually the result of disturbances in specific regions of the brain’s circuitry that create blizzards of excess electrical activity. Loss of consciousness and convulsions can cause seizures to be an enormous disruption in a person’s life, along with having to decide which treatment to undergo.

Before the medical use of cannabis had become forbidden in the 20th century, seizure disorders were often treated with the plant due to its astounding effects. In recent years, regulations have shown more leniency toward the use of medical marijuana. This has prompted more studies to uncover the potential of cannabinoids in effectively treating epilepsy.[2]

Research has shown that cannabinoids affect cells in the body called cannabinoid receptors. CBD is one of those substances that may affect the body in a way that helps to reduce seizures. Patients of all ages have found outstanding relief from CBD, especially epileptics who were previously unable to even tolerate typical anti-seizure medications. 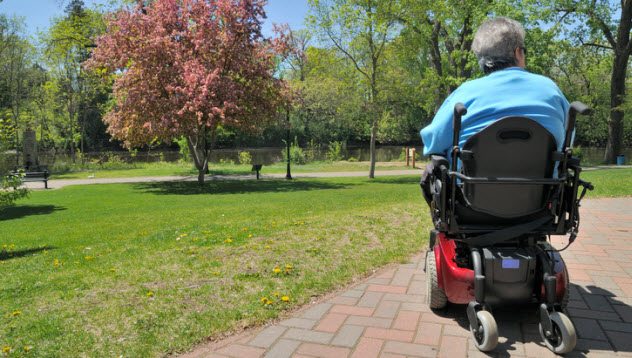 Multiple sclerosis (MS), a neurodegenerative disease that attacks the central nervous system, can cause patients to feel excruciating pain as they slowly lose their ability to move muscles and limbs. The immune system of an MS patient perceives neurons as threatening and invasive, resulting in the body’s own immune cells attacking the neurons.

This is followed by a buildup of scar tissue that ultimately prevents neurons from sending basic signals to the rest of the body. Sadly, there is no cure for this condition yet. To make matters worse, treatment for MS usually includes medications with damaging effects.

Cannabis has been said to be beneficial for MS patients by improving brain function and dramatically easing symptoms. Its groundbreaking success has caused it to gain validity around the world, leading to MS becoming a qualifying condition for cannabis treatment.

Cannabinoids also encourage a process called neurogenesis, which creates new brain cells in adults and protects the brain overall. However, cannabinoids don’t stop there. They also relax muscles, protect eyes, quell nausea and vomiting, relieve diarrhea, and reduce inflammation. They can even help with stress-related depression. 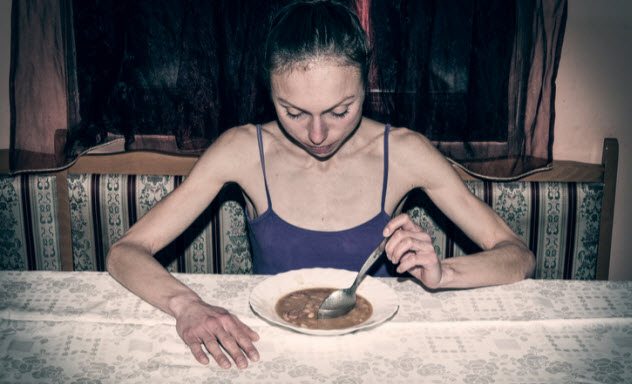 Eating disorders such as anorexia nervosa and bulimia nervosa are serious medical illnesses that are not fully understood. However, they are believed to be biologically influenced mental disorders.

Patients suffering from anorexia or bulimia have an aversion to food, poor body image, low self-esteem, a fear of gaining weight, and drastic weight loss. The psychological effects may take years to overcome, and victims must often learn how to eat all over again.

Cannabis is known for giving users “the munchies” because it enhances hunger. But it also has other psychological benefits that reduce overthinking and obsessive behavioral patterns.

The results of a 2011 Belgian study suggest a link between eating disorders and the function of the endocannabinoid system in the human body.[4] Cannabis has been highly effective in treating patients who are coping with trauma or anxiety. It can even act as a mood booster. For patients who are emotionally scarred by past experiences and develop eating orders as a result, medical marijuana may help them put their minds at ease. 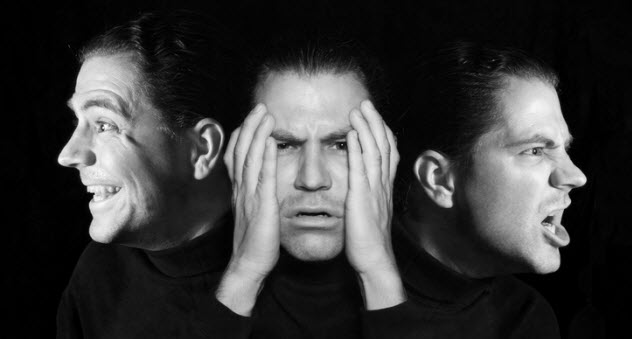 Schizophrenia is a mental disorder that causes people to lose touch with reality. Their illness prevents them from functioning normally and distinguishing between what is imaginary and what is real.

The use of cannabis for this condition may seem controversial if one does not understand the difference between THC and CBD. THC, the main ingredient found in marijuana, may cause psychotic reactions and worsen schizophrenia, while CBD has been found to produce antipsychotic effects and work wonders for struggling patients.[5]

CBD has been found to be just as effective as antipsychotic drugs minus the devastating side effects such as weight gain, increased risk of diabetes, and permanent movement disorders. Prescription drugs can even take a toll on the motivation and pleasure of patients, which may not occur with CBD use.

Schizophrenia has also been known to have certain negative symptoms (such as social withdrawal and lack of motivation) that are notoriously challenging to treat. CBD’s stress-reducing and antipsychotic effects on the brain may work efficiently on those symptoms as well. 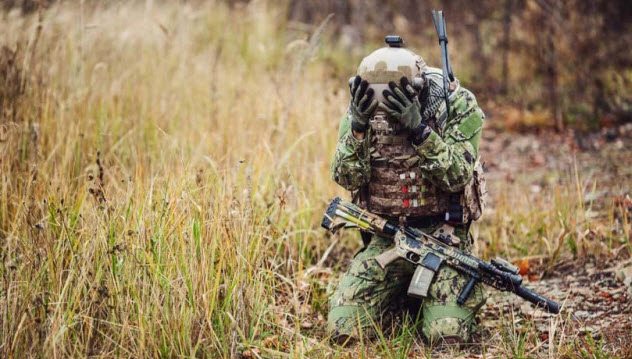 After enduring a highly traumatic experience such as military combat, post-traumatic stress disorder (PTSD) should not go untreated. Correlations between this severe anxiety condition and the effects of cannabis have gained tremendous attention in recent years, which has led to PTSD becoming a qualifying condition for medical marijuana.[6]

Fear learning is an undeniable contributor to anxiety pathologies, PTSD being one of them. The adrenaline and stress levels of countless veterans are out of balance and easily triggered by events that can bring back painful memories and flashbacks.

PTSD sufferers have been found to have an endocannabinoid deficiency. For PTSD patients in particular, CBD has been known to reduce fear expression and disrupt memory consolidation, which is what supports long-term memories. 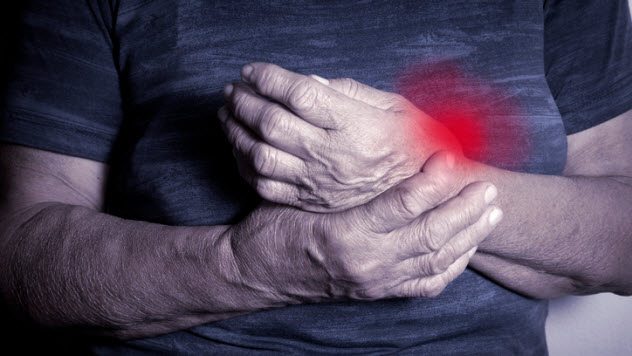 Arthritis, a disease associated with persistent joint inflammation, causes chronic pain and stiffness in its victims’ bodies. They are plagued by injuries that do not heal properly, stiffness in the morning, carpal tunnel syndrome, and other severe symptoms. Their nerves are responsible for arthritis sufferers feeling intense amounts of pain, making it extremely difficult to function normally.

After experiencing dangerous reactions from recommended medications such as painkillers, some arthritis patients have turned to cannabis treatment. The disease has become highly qualified for medical marijuana treatment as the plant promotes immense pain relief in joints.

Studies are being conducted to uncover whether cannabis not only reduces pain in the brain but also combats inflammation and repairs the joints themselves. So far, there is little data on cannabis as a treatment for arthritis.

In one anecdotal case, Katie Marsh of Madawaska, Maine, who suffered from rheumatoid arthritis, endured severe side effects from medications prescribed by her doctors. After consulting another doctor who specializes in dietary cannabis, Katie tried juicing raw cannabis. Within days, she no longer needed to take painkillers. After 11 months of continuing her juicing regimen, her rheumatoid arthritis was in remission.[7] 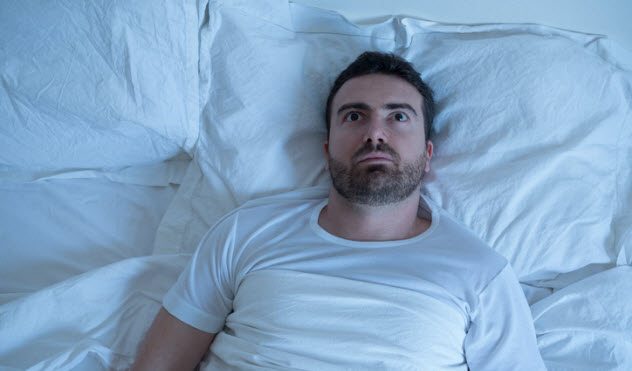 We all have those nights where we toss and turn—perhaps even count a few sheep. But what step would we take if it happened every night and became a continuous setback?

Chronic insomnia has been shown to affect people from all backgrounds, making it a widespread problem in society. More importantly, there is a connection between lack of sleep and severe health problems. Like many prescription drugs, sleeping pills carry a reputation of causing prolonged, disorienting side effects after waking.

It is no secret that cannabis has a reputation for its sedating effects. As far back as the 1970s, studies show that cannabinoids are powerful sleep aids. Who would not want to have an easier time falling asleep, experience longer and more restful sleep, and breathe better while sleeping?[8]

Medical marijuana naturally provides a profound release from stress and anxiety. This can potentially cause dramatic improvements in sleep quality and strengthen the overall health of insomniacs. 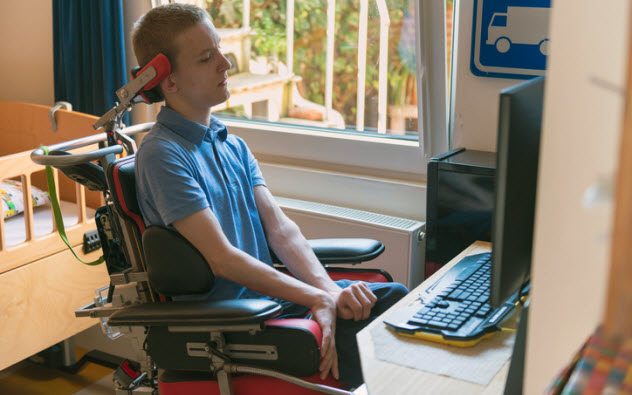 Amyotrophic lateral sclerosis (ALS), also known as Lou Gehrig’s disease, is caused by the destruction of motor neurons, which are responsible for transmitting signals to muscles. Common symptoms of this deadly disease include weakness, slurred speech, dysfunction, difficulty walking, and paralysis.

There is no cure, and many patients die within a few years of diagnosis. The worst part: Although victims lose the ability to control their muscles, they still maintain cognitive function and are often very aware of their surroundings.

ALS patients may benefit from cannabis because its compounds may stimulate appetite and even prevent cellular damage. The analgesic effects and anti-inflammatory properties provided by medical marijuana may decrease the persistent pain from which ALS patients suffer.[9] 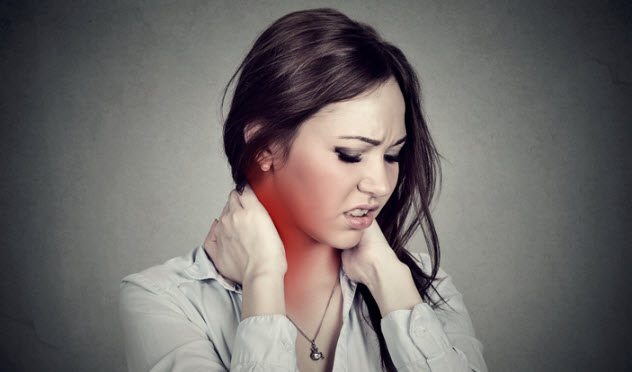 This devastating disorder has not always been thoroughly understood by most. It is characterized by deep tissue pain, headaches, fatigue, lack of sleep, and depression. Fibromyalgia is believed to intensify painful sensations by affecting the ways in which pain signals are processed by the brain.

But what about treating the disorder with medical cannabis? Numerous patients have reported that the plant reduces their pain and improves their quality of sleep. In one study, 28 fibromyalgia patients reported a significant reduction in stiffness and pain two hours after using medical marijuana.[10]

Hello there, Listverse! I am a college student from Long Island, New York, currently studying plant science and sustainable farming. Medicinal uses of plants and healthy living fascinate me. As an aspiring grower, I hope to teach others how to be more environmentally conscious.

Read more intriguing facts about marijuana on 10 Bizarre Times Marijuana Showed Up In History and 10 Stinky Facts About Marijuana.