Coffee gets a bad rap. Maybe because it tastes so good. Things that taste good are almost always bad for us, right?

There are some less than awesome things that can be rightfully blamed on our favorite morning brew, like insomnia, jitters, and heartburn. But people tend to overlook the truly incredible things that coffee does for us.

Of the 150 million Americans who drink a collective 400 million cups of coffee each day, most of us only give it props for its magnificent flavor and its ability to help us wake up and stay that way. Beyond the glorious caffeine, however, a lot of components in coffee are actually hard at work behind the scenes benefiting us in the most surprising ways! 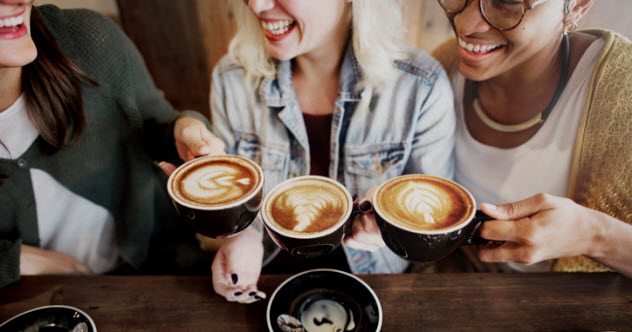 As any true coffee lover can attest, there is just something special about that first cup of coffee in the morning that makes everything right with the world. Coffee improving one’s mood probably sounds like a “duh,” but there is actually some science behind it.

A study from 2011 shows that moderate coffee consumption decreases the risk of depression in women, lowers the risk of suicide in men, and generally puts you in a better mood by acting as the tastiest antidepressant on Earth.[1]

It isn’t just your imagination if that steaming cup of morning coffee makes you noticeably less irritable. It has actually been proven to positively enhance your mood by boosting serotonin, noradrenaline, and dopamine production. 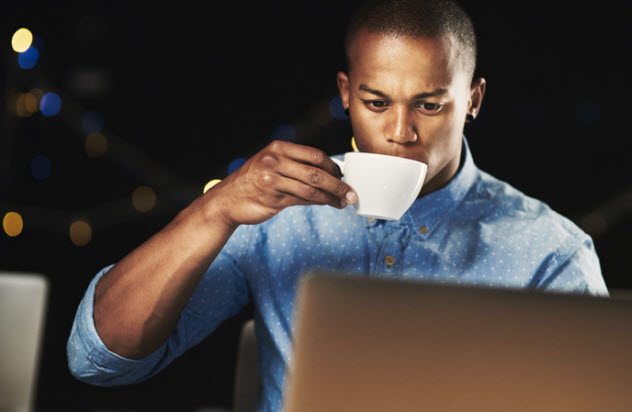 The effects that coffee has on the brain do not stop with putting you in a better mood. Coffee can also do wonders for long-term memory. Studies show that a boost of caffeine before a demanding task can increase processing and memory retention. It also helps with focus, reaction times, and reasoning.[2]

The good news does not stop there.

According to the Journal of Alzheimer’s Disease, drinking at least three cups of coffee a day could stave off Alzheimer’s disease. If you have not poured yourself another cup yet, consider that coffee also targets the part of the brain affected by Parkinson’s disease, reducing the risk of the disorder by 25 percent in men and a little less than that in women. 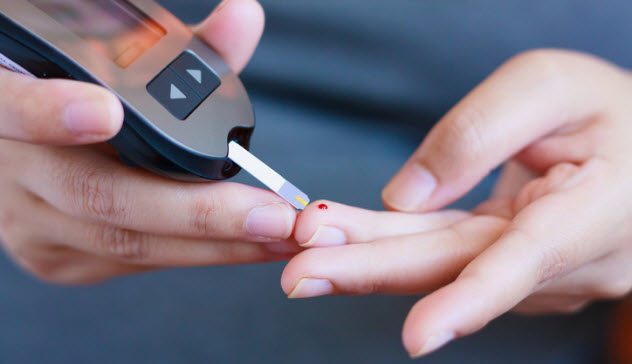 Coffee drinkers can take solace in knowing that their java addiction may be helping them to keep diabetes at bay. That tasty cup of joe targets your insulin behind the scenes by increasing adiponectin, one of the many things that helps to regulate blood sugar and insulin levels.

Pair this with magnesium and antioxidants, and that simple cup of brewed beans becomes a powerful disease-fighting blend of awesomeness. The effects are temporary, of course. So it only makes sense that those who drink more coffee are better protected.

These rules do not apply for people who already have diabetes. In those cases, blood sugar levels from and sensitivity to coffee can vary from person to person.[3] Check with your doctor before you make any changes to your diet.

7 Coffee And Your Heart 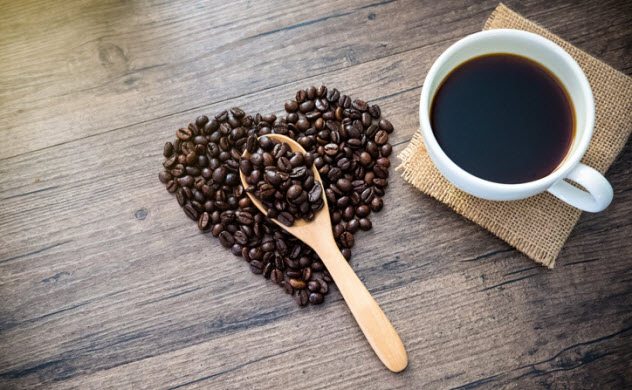 People have long considered coffee to be bad for the heart, but recent studies have debunked these misconceptions. There appears to be no link between increased risk of heart disease and coffee. To the contrary, emerging evidence suggests that coffee is actually good for the heart.

Overall, coffee has been shown to be a powerful ally with respect to cardiovascular health. Although the effects are stronger in women, moderate coffee consumption has proven to slightly decrease heart attack risk for both genders.

If you really love coffee, here is some even better news: Three to five cups of coffee a day can significantly reduce your risk of having a stroke. That’s actually quite a bit of coffee if you think about it. As if this was not big enough news already, java also helps to decrease the risk of congestive heart failure and coronary heart disease.[4] 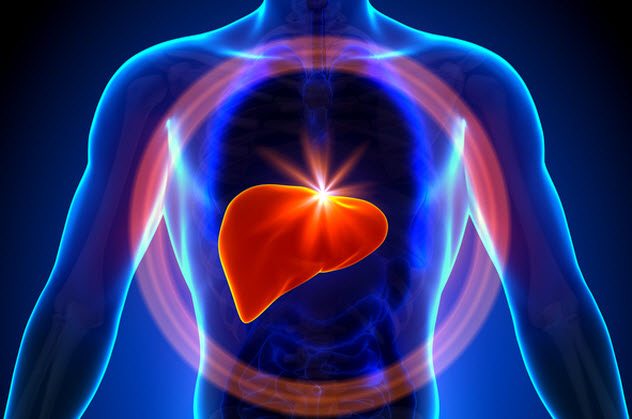 If you are the type who likes to come home after a long, hard day and have a beer or two or too many, here is some good news for you. Coffee drinking can help save the liver you thought college may have destroyed!

Java reduces the levels of enzymes that indicate liver damage and works to fight off liver cancer and cirrhosis. Two cups a day can reduce the risk of hospitalization and mortality from liver disease by 50 percent.[5] This is huge!

Cafestol and kahweol are the two substances in coffee that are responsible for this potentially lifesaving perk. Like anything, the results will vary from person to person, so don’t go thinking that this is carte blanche to go on an epic binge topped off with a cup of joe. For optimal results, coffee consumption needs to be a lifestyle and not a quick fix.

5 It’s Good For Your Eyes 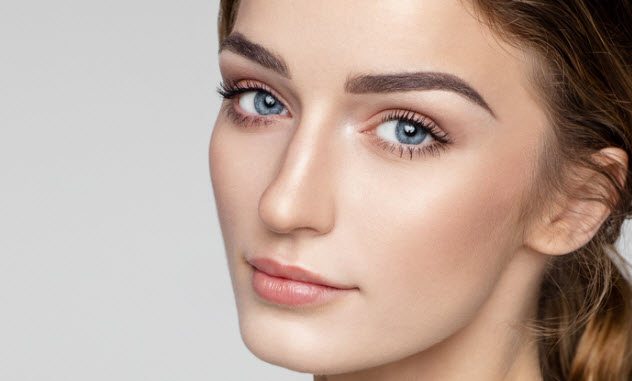 Step aside, carrots. There is a new player in town when it comes to improving eyesight.

For everyone who is sick of being told to eat carrots because they are good for your eyes, this one is for you. Scientists are discovering that coffee is actually amazing for your vision. Coffee contains chlorogenic acid (CLA), a powerful antioxidant shown to prevent eyesight deterioration from retinal damage.

People tend to forget that coffee has hundreds of other properties besides caffeine, and CLA is one of them. With raw coffee containing 7–9 percent CLA versus 1 percent caffeine, CLA is definitely the bigger player on the field here. Though CLA is proving to be a powerful ally in retinal health, there are still many unknowns.[6]

Who knows? This could lead to CLA in the form of eye drops one day for optimal effect. 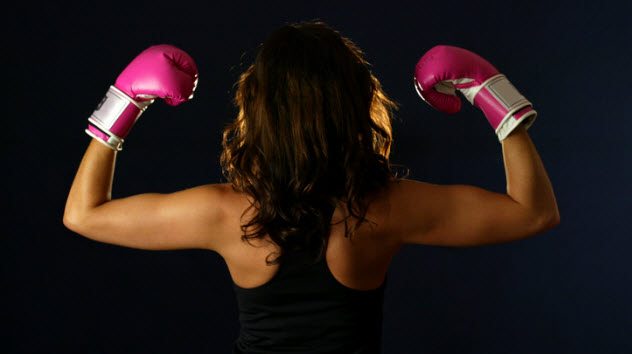 Recent studies show that the antioxidants in coffee reduce the risk of some cancers. Better yet, it appears that the more you drink, the better protected you are. This means that four or more cups a day of your favorite brew could potentially spare your health and save your life. Some of the cancers from which coffee helps to safeguard you include oral, uterine, prostate, and brain cancers—and this is only a handful of them.

The Journal of the National Cancer Institute found that coffee drinkers were less at risk for melanomas. As published in the Experimental Hematology & Oncology journal, one study found that caffeine curbs certain proteins in lung cancer cells, which can prevent these cells from growing and multiplying.[7]

According to other research, women who drink at least three cups of coffee a day lower their risk of developing endometrial cancer by 19 percent and experiencing a recurrence of breast cancer by 49 percent. However, it is important to note that the breast cancer patients were also taking the cancer drug tamoxifen. 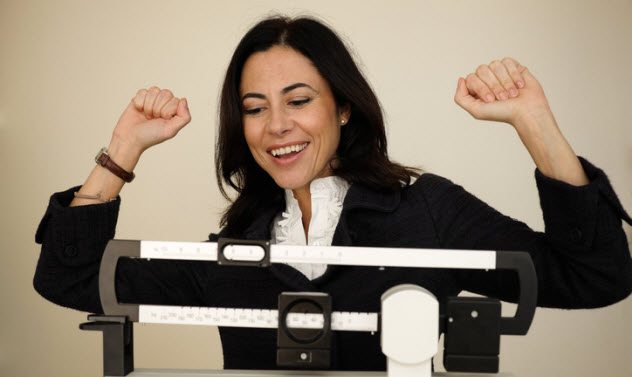 Obviously, a large latte with whip cream and extra shots of chocolate and syrup is not doing your waistline any favors. But for those who don’t mind plain black coffee, it is a whole different story. Coffee has been shown to slow weight gain, if only for the short term.

Chlorogenic acid, the compound in coffee that’s associated with improved eyesight, may also help to slow carbohydrate absorption. In addition, the caffeine in coffee can contribute to a metabolic rate increase of 3–11 percent. Caffeine speaks directly to the nervous system, telling it to break down fat cells, which directly leads to the burning of fat.[8]

Of course, the results will vary from person to person. The most profound results occurred in leaner individuals. Those carrying around more weight will not benefit as much. But every little bit counts, right?

Before you go sucking down entire pots of coffee in hopes of a permanent trim figure solution, keep in mind that studies have only shown this to work temporarily. The body will eventually become immune to the effects of coffee, and it will cease to work as well as it may have earlier.

2 Gives Your Sex Life A Boost

Perhaps the most exciting perk on this list: Coffee makes you better in bed!

Ready for the steamy details? For women, drinking coffee increases the blood flow to the genitals, which means increased arousal. Never a bad thing. A cup of coffee 15 to 30 minutes before a quick romp in the sack will ensure optimal arousal in addition to a caffeine boost for energy! This benefit also extends to the casual coffee drinker who may only have one cup a week.

Men who drink three cups a day are less likely to deal with erectile dysfunction (ED).[9] This is great news. In the United States alone, 18.4 percent of men who are at least 20 years old suffer from ED. Caffeine relaxes the penile helicine arteries and increases blood flow to the area, making erection possible. The one exception to this is men who suffer from diabetes. 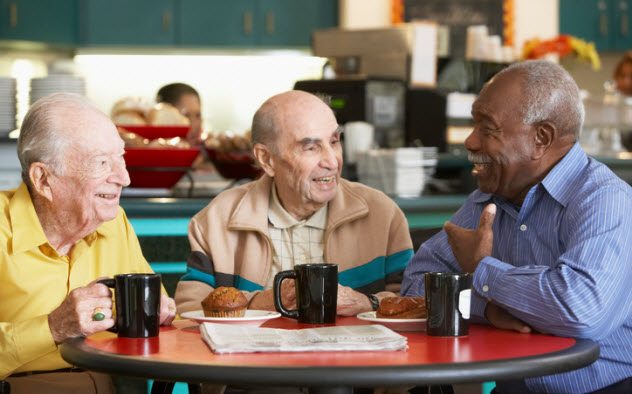 Take a minute to let this one sink in. Coffee may prevent death . . . for a while anyway.

Before you get too excited, coffee isn’t necessarily a fountain of youth, but it may be the closest thing we have to it. David Furman, PhD, and consulting associate professor at Stanford University, explains, “More than 90 percent of all noncommunicable diseases of aging are associated with chronic inflammation.”[10]

Why is this a big deal to coffee drinkers? Because consumption of coffee results in lower activity in gene clusters associated with the inflammatory protein IL-1-beta. Long story short: Inflammation is super bad, and drinking coffee reduces inflammation.

This perk occurs with decaf, too. In a study from the University of Southern California with over 180,000 participants, researchers found that drinking three cups of coffee a day reduced the risk of premature death by 18 percent. Even one cup a day lowered the risk by 12 percent.

Coffee may not help you to live forever, but it may tack on a little more time. Not to mention making each day just a little more enjoyable.

Melynda Sorrels is a writer, student, reckless blogger, dreamer, and an aficionado of all things funny or caffeinated.