On May 5, people around the world will celebrate Cinco de Mayo. People will flood into the bars and the streets with sombreros on their heads and mariachi bands at their sides, showing their deep respect for Mexican culture by getting as drunk as humanly possible.

None of which is part of the holiday. As it turns out, Cinco de Mayo is easily the most misunderstood holiday on the calendar. So get ready—because you’re about to find out that everything you think you know about this “Mexican holiday” is wrong.

10 It Isn’t A Mexican Holiday 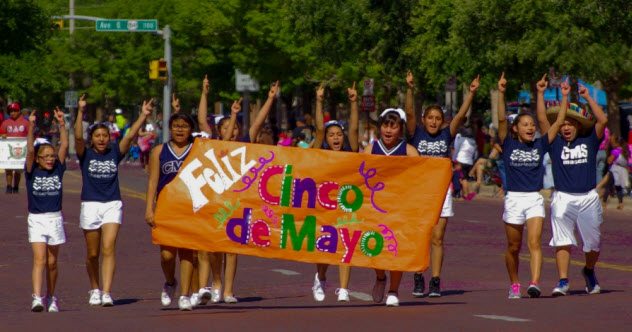 Cinco de Mayo isn’t quite as Mexican as you think. It’s actually a US holiday. The first Cinco de Mayo celebration was held on May 5, 1863, in California.[1]

To be fair, Mexicans tried to make May 5 a day of celebration around the same time, but they were a little too busy getting invaded by France to pull off much of a party. They spent their May 5, 1863, trying to keep the French Foreign Legion from killing their families. It put a bit of a damper on the mood.

Mexico never managed to turn May 5 into a holiday, but the US did. Mexican immigrants in America actually managed to get that party off the ground, and they’re the ones who kept throwing it for years to come.

In the United States today, Cinco de Mayo is recognized as a national holiday, but it still isn’t a holiday in Mexico. For most Mexicans, May 5 is just a day like any other.

9 It Isn’t Even Celebrated In Mexico 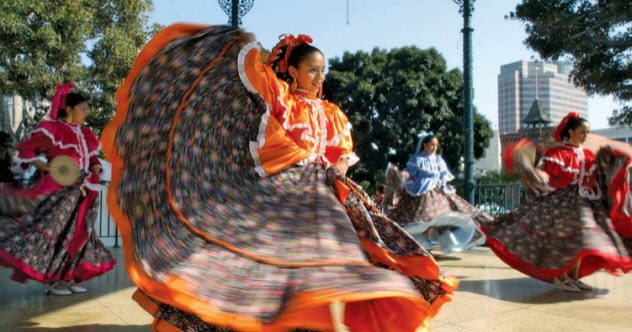 The largest Cinco de Mayo festival in the world isn’t held in Mexico; it’s held in Los Angeles. The second-largest one is in Chicago, followed by Houston and then a whole bunch of other US cities. On the list of biggest Cinco de Mayo parties, Mexico doesn’t even show up.

That’s because Mexicans don’t even celebrate the holiday. Sure, there might be the odd scattered party from people who have heard what the Americans are up to, but they aren’t exactly the same as American parties. Usually, people make speeches, have picnics, and put up flags. And since they’re celebrating an American holiday, a good half of those flags have stars and stripes.

There is only one city in Mexico that really celebrates it: Puebla. They don’t get drunk and sing “Despacito,” though. They have a parade, reenact historical battles from Mexico’s war against France, and reflect upon their legacy of standing up against foreign aggressors.

So, if you want an authentic Mexican Cinco de Mayo, you might want to get your hands on a real 1862 French Foreign Legion uniform.[2] 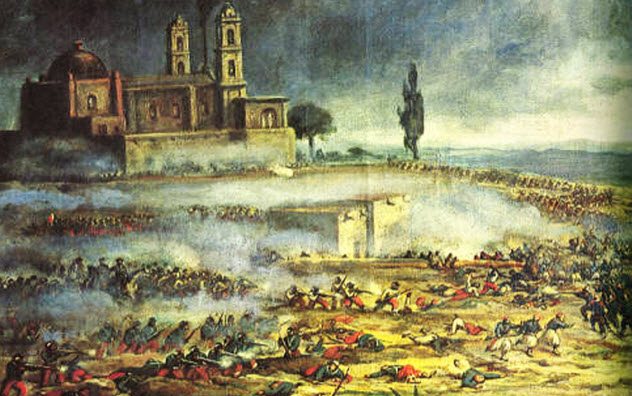 There’s a reason that people in Puebla celebrate Cinco de Mayo. The holiday is supposed to commemorate a battle that was fought there.

Contrary to popular belief, Cinco de Mayo definitely isn’t Mexico’s Independence Day. Yes, Mexico does have an Independence Day, but they celebrate it on September 16. But don’t feel bad if you don’t know what Cinco de Mayo’s about. As it turns out, the average Mexican American doesn’t know, either.[3]

The holiday actually commemorates Mexico’s unexpected victory in the Battle of Puebla back on May 5, 1862. France was storming in on Mexico at the time and had the city of Puebla under siege. It didn’t look good for the Mexicans. They were outnumbered two to one, and they were up against what was considered the most powerful army in the world at the time.

On that day, Mexico made a stand against France. Against all odds, they managed to repel the French attack and force them to retreat. It was a decisive victory: The Mexicans lost fewer than 100 men but managed to take down 500 French soldiers. 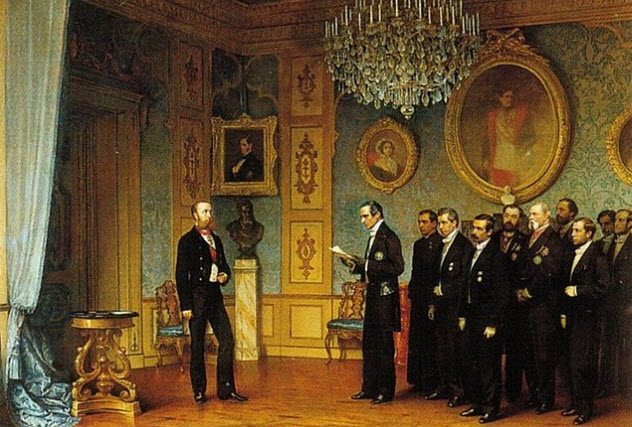 After the battle of Puebla, Mexico was bolstered by a new sense of confidence, inspiration, and belief in their ability to beat back the French army. And with that new assurance in their own strength, they got conquered by France, lost the war, and briefly became a French colony.

As it turns out, Cinco de Mayo just celebrates one day of victory in what was otherwise a terrible war for Mexico. Sure, they managed to beat the French back for a day. But afterward, France called in reinforcements and absolutely destroyed the Mexican army.

A year after the Battle of Puebla, while Californians were celebrating the first Cinco de Mayo, the Mexicans tried to recreate their victory. This time, they totally failed. The French beat them and, by May 17, captured the fort in Puebla and destroyed it.

Not long after, the French installed an Austrian archduke as emperor of Mexico. So Mexico thoroughly lost that one. Yes, they did eventually get their independence back, but Cinco de Mayo celebrates a battle that ended with Mexico spending three years under French rule.[4] 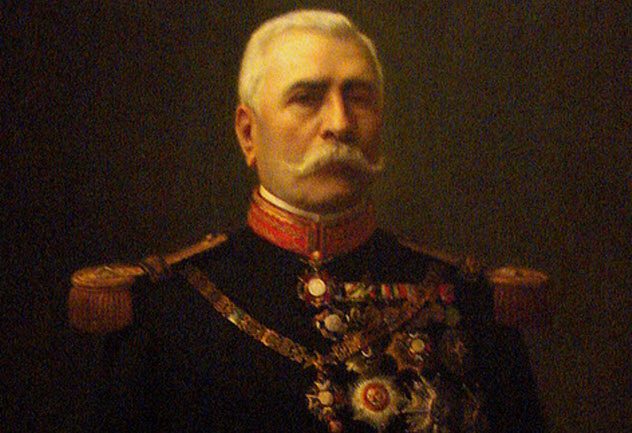 As bad as the French invaders were, it’s still hard to cheer for the men who fought them off. There were two men who were celebrated as the heroes of the Battle of Puebla: General Ignacio Zaragoza and Porfirio Diaz.

Zaragoza died of typhoid fever shortly afterward. But Diaz lived long enough to make a legacy of his own—and the things he did after the war make it a little hard to call him a hero.

At the time, Mexicans saw Diaz as a national hero. He was so well-loved after that battle that he ended up running for president. He wasn’t exactly well-loved enough to win it, though—at least, not without cheating.

In 1876, Diaz won a presidential election that historians generally agree was rigged, and he liked being in power so much that he decided not to leave. Diaz became the de facto dictator of Mexico, denying the people fair elections and refusing to leave power for 35 years.[5]

In Mexico, that was the legacy of Cinco de Mayo. It didn’t stop France from taking over, but it did make sure that another dictator took over almost as soon as the French were gone.

5 It Isn’t A Celebration Of Mexican Culture 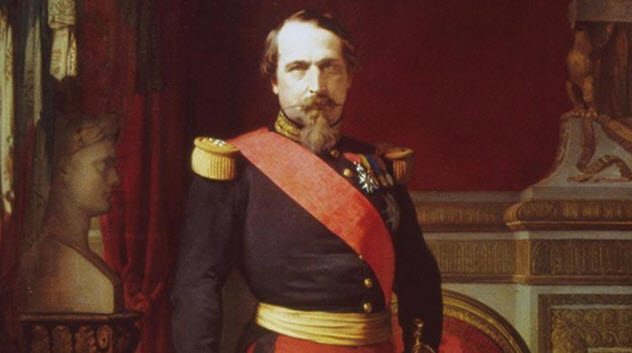 Even though Cinco de Mayo celebrates a Mexican victory, it isn’t really a celebration of Mexico. There’s a reason it became so much bigger in the US than it did in Mexico. The holiday is about how the war affected the US.

In a way, the whole war was about the US. Napoleon III invaded Mexico to capitalize on the US Civil War. By invading Mexico, he was siding with the Confederate Army against the Union. In part, he was trying to distract Abraham Lincoln so that the Confederates could win the war and Napoleon could make them his allies.

Mexico ended up getting America’s help to get rid of their new French dictator, too. After the Civil War, the Union secretly sent weapons to the Mexican army. Those were the weapons Mexico used to win back its freedom. 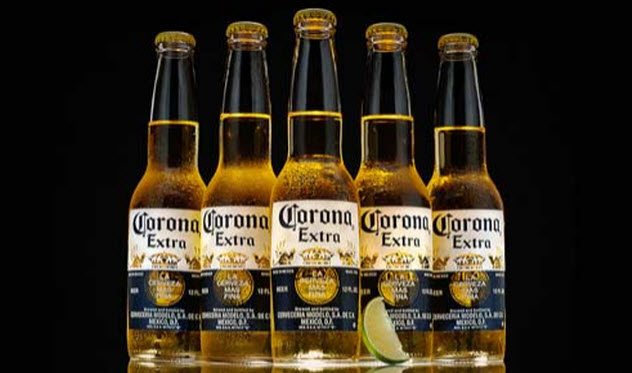 Cinco de Mayo didn’t become big until booze got involved. In fact, the holiday was virtually unknown in the United States until 1989 when San Antonio–based importers of Corona beer realized that it was a great way to make money. They started playing ads that told Mexican Americans to celebrate Cinco de Mayo with a bottle of their beer.[7]

The ad was huge. It didn’t just land with Mexican Americans. Other Americans started celebrating the holiday after the ad campaign started, purely because it gave them another day in the year when they could get hammered out of their minds without being judged. 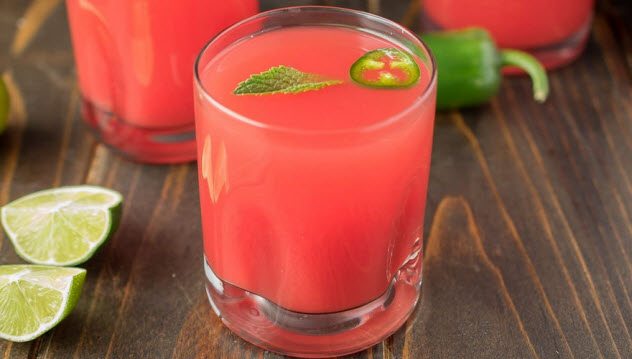 Drinking Corona isn’t exactly in the spirit of the holiday, though. Cinco de Mayo has an official drink. But it’s not Corona, and it’s not tequila. It’s called agua fresca, and it’s nonalcoholic.

Agua fresca is the official drink of the holiday in Puebla, where the battle was fought. It’s a fruit drink made with strawberries, watermelons, or honeydews mixed with sugar, mint, and water. In keeping with the somber mood of a holiday that really is a memorial for a lost war, it’s kid-friendly.

If you insist on drinking tequila on Cinco de Mayo, there’s a good chance that you’re not downing a Mexican drink. Most US tequilas are filled about halfway with real tequila. The rest is just watered-down sugar and flavoring. And instead of taking shots of it with lime and salt, it is meant to be sipped.

2 You’re Not Supposed To Eat Tacos 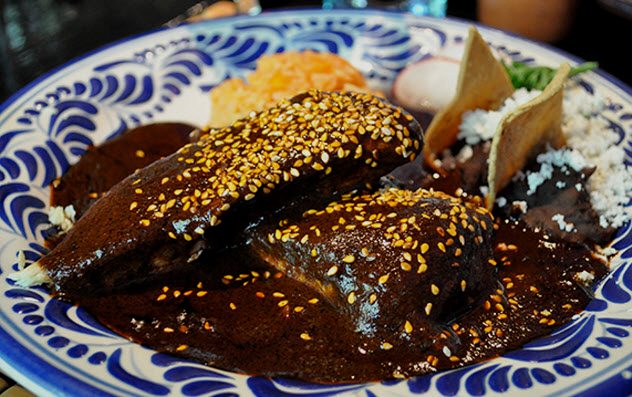 Tacos aren’t a great way to show your celebration of Mexican culture, either. For one thing, they aren’t Mexican.

Sure, Mexicans eat something they call “tacos,” but they’re not exactly what you’re picturing. Their tacos are served on a soft tortilla, while the hard tacos—along with nachos, fajitas, burritos, chimichangas, and almost all the food we consider “Mexican food”—are US inventions.

There is an official dish of Cinco de Mayo, though. It’s just one you’ve never heard of. It’s called mole poblano, and it doesn’t look anything like the Mexican food you get north of the border. Mole poblano is a black sauce made from chili peppers, spices, and chocolate, usually doused on top of a piece of turkey or chicken and sprinkled with seeds.[9]

That’s the traditional Cinco de Mayo dish of Puebla, if you can find it anywhere outside Mexico. The rest of it is as American as apple pie. Or maybe about as American as Chinese food.

1 It Isn’t Even Supposed To Be A Party 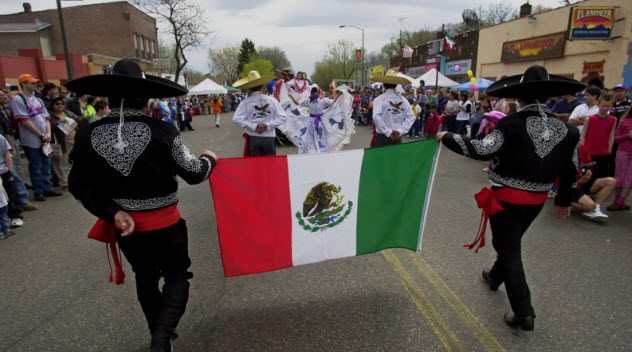 Forget drinking and eating altogether, though. Traditionally, Cinco de Mayo isn’t even supposed to be a party. Instead, it was to be a time for charity work.

Before Corona turned Cinco de Mayo into the booze-filled bender that it is today, the festival was a day for Mexican Americans to reflect on and take pride in their heritage. It was a celebration of a war that saw Mexico and the US united against a common enemy, and it was supposed to help them take pride in the duality of their nationality.

That pride didn’t come in the form of tequila and sombreros but rather in political activism. For the first few decades of the festival, Cinco de Mayo was mostly just a day when Mexican-American advocacy groups held fundraisers and rallies to support their communities.[10]

So, there you go. Now you know how to celebrate a real, traditional Cinco de Mayo. So call up your friends and tell them to put down the tequila. Let them know that you’re going to be celebrating with a wild night of door-to-door fundraising this year.