As you’re reading this article on your computer, tablet, or phone, take stock of your current situation. Are you being poked in the derriere by straw? Are your clothes redolent with the stink of a hard day’s work? Is some quack doctor giving you terrible advice about how to cure that persistent cough? No? That’s because the world today is very different from that of your great-grandparents (or theirs).

Times have changed over the last few centuries. With that in mind, here is a list of ten things that, in all likelihood, most people reading this have never done and never will do.

10 Wash Your Clothes By Hand 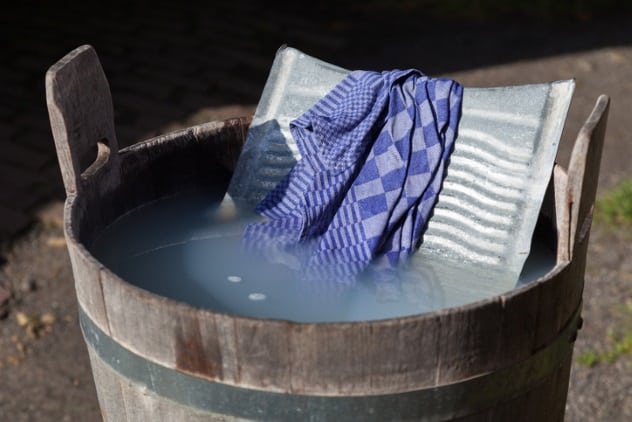 Anyone who has ever had a family will tell you one thing about laundry: It never ends! The laundry is one household chore that always seems be waiting for you no matter how much you do it. If it’s this bad in 2018, imagine what laundry was like around the turn of the 20th century. Back then, it was done by heating up large pots of water over a fire and then scrubbing by hand with a washboard, if you were lucky, or beating your clothes against a rock if you weren’t.

Laundry was a major undertaking done by most families once a week, which led to the few clothes they owned being worn repeatedly, and in an era where most people did physical work, you can image how smelly times really were. The first electric washing machine, called the Thor, was marketed by the Hurley Machine Company of Chicago in 1908, and thankfully, the era of washing clothes by hand came to an end.[1]

9 Sleep On A Straw Mattress 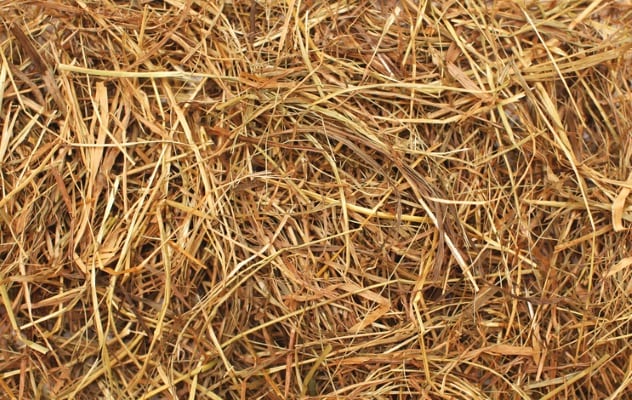 Before Sleep Number beds, there was the worst bed of all time: the straw mattress. In the old days, straw filled the bed of the average person, as feathers were either hard to come by or took a long time to save up from cooking and eating the feathered barnyard creatures.[2] Straw and grass, however, were everywhere, and people could fill a sack called a “tuck” fairly easily from what was lying around. But no matter how thick you made the tuck ,the straw always found a way to poke you through the cloth just as you were drifting off to dreamland.

Straw mattresses came with another problem: bugs. These little hitchhikers would crawl out at night and bite the poor, unsuspecting sleeper who had probably spent their day working so hard that a bear could have eaten them alive, and they wouldn’t have noticed. Thankfully, we now live in the era of comfortable, clean bedding.

8 Adopt A Child With No Paperwork 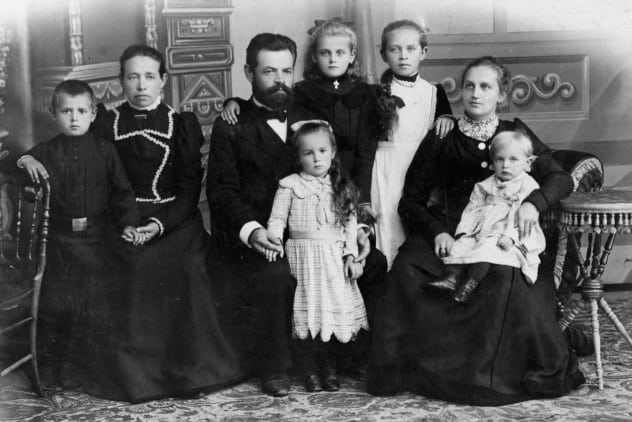 There were no modern laws on adoption in the United States until 1851, when Massachusetts passed what was known as the Adoption of Children Act.[3] After that, adoption began to be a legal process as opposed to a familial or societal process. However, many young women still gave birth in secret and handed the children to relatives, family friends, or orphanages without filling anything out, and the people who adopted the children didn’t fill out any paperwork, either.

This practice remained alive and well in a terrible way in Native American communities into the 1960s. Governments and churches would seize children from their families, who, shockingly, had no rights, and put them into schools or households with no paper trail at all. Eighty-five percent of the Native American children taken from their families between 1941 and 1967 were placed in non-Native homes or institutions. To this day, some are unsure who their parents were.

7 Become A Doctor Without Going To Med School 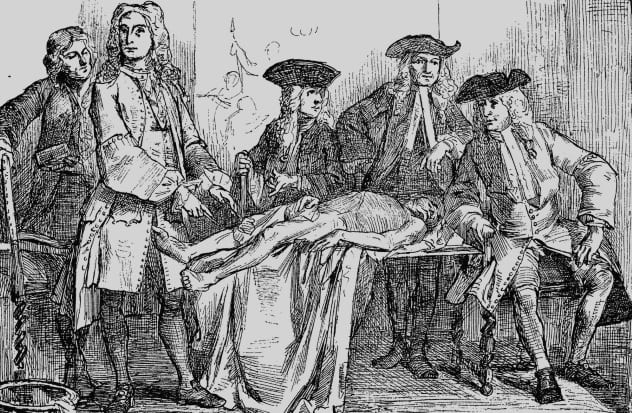 In the 18th century, there weren’t many options for obtaining an actual medical degree. One could opt to study in Edinburgh, Leiden, or London, but most people couldn’t afford to do this. As a result, apprenticeship was the way most people became doctors.[4]

An apprentice spent two or three years with a practicing doctor in exchange for a fee and doing menial chores before going off to practice medicine on their own. It wasn’t exactly the equivalent of a modern medical education. 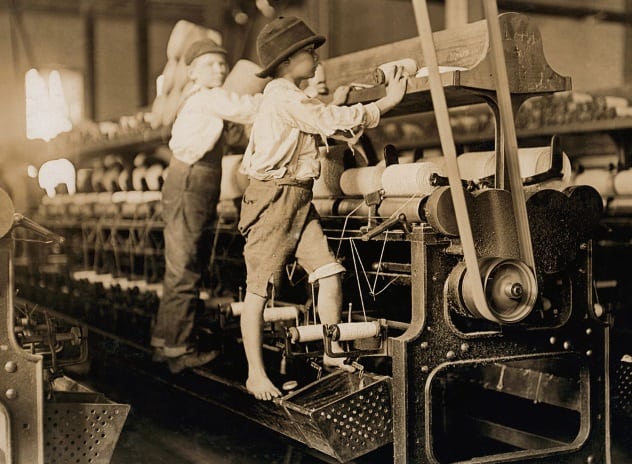 In 1900, 18 percent of all workers in the United States were under the age of 16, and that number grew in the following years. It was common for parents to forgo sending their kids to school (which was an expense) and instead send them off to work. Kids were ideal employees in places like mines or factories, where they were small enough to maneuver between machines or in small spaces underground. Kids did many dangerous jobs, which often led to sickness or even death.[5]

Today, sending kids off to work in such environments is very much illegal, and even when they do work in places like the entertainment industry, there are strict rules that must be followed about how long they can spend working. Child actors are usually followed around by what’s known as a child wrangler while on set. This person times their working hours to make sure they are not going over the legal limit.

5 Drive On A Road Without A Speed Limit (Probably) 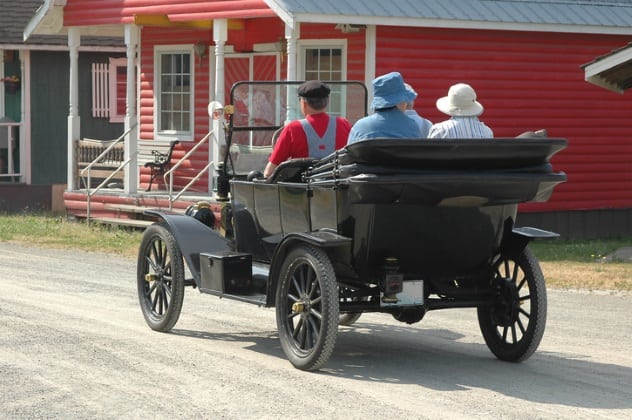 Speed limits are now heavily regulated by each state. (Up until the late 1990s, Montana had no speed limit during the daytime.) The fastest you can go in the US is on a 64-kilometer (40 mi) stretch of highway between Austin and San Antonio where the speed limit is 137 kilometers per hour (85 mph). So, unless you plan to drive on Germany’s famous Autobahn, you’d better pay attention to the signs.

4 Become A Teacher Before You’re Out Of Your Teens 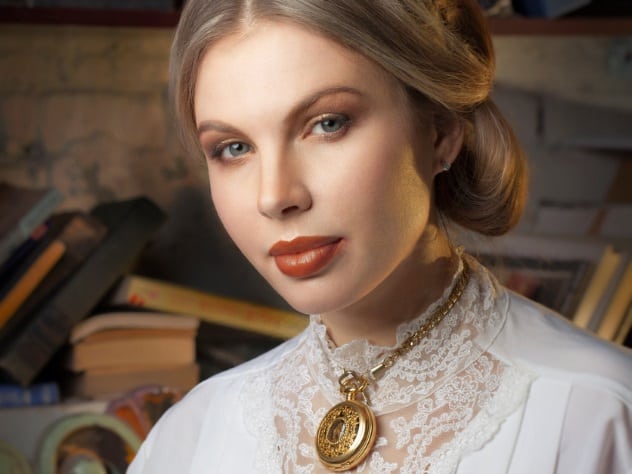 At the turn of the 20th century, married women generally weren’t permitted to be teachers in the US, and neither were women with children. Even if you were widowed, you could not be a teacher to support yourself and your children. Teaching was only open to single women with no children, and given the fact that most women were married off by the time they were 19 or 20, most teachers were very young, as they were the only ones left to fill the void.

In 1900, nearly 75 percent of teachers were women, and the only education they had was the one they were given right in their own classrooms.[7] If they made it through the curriculum in their little one-room schoolhouse, and if the community thought they were suitable, that was really all it took. Today, the requirements are very different. In the US, you are generally required to start with a bachelor’s degree and become certified according to the laws in your state. The process takes many years and tens of thousands of dollars.

3 Have No Concept Of Teenagers At All It may seem strange now, but in the 19th century, the word “teenager” didn’t exist. There were children, and there were adults, and a person was either one or the other. It wasn’t until the invention of the automobile and the opening of high schools that people from 13 to 19 became recognized as a distinct group.

Instead of being married off at the tender age of 15 or 16, parents started allowing their kids a little longer to grow up, and this came with a period of time where they were finally away from adult eyes. Courtship in the past had taken place in the home with parents present, but with the automobile, kids were now on their own, and courtship evolved into what we now know as dating.[8]

2 Drink Your Booze In Secret From 1919 to 1933, if you wanted to enjoy a drink after a long, hard day, you couldn’t just drop into a local retailer and pick up a bottle of wine or head to your neighborhood bar for happy hour. These were the dry years in the United States known as Prohibition. Alcohol was outlawed by the government to protect people from the dangers of alcohol abuse.

However, what it actually did was turn normal people into criminals—and criminals into celebrities. The production and distribution of illegal alcohol was good business for organized gangs, causing them to grow. Illicit drinking was seen as fun and glamorous, which made Prohibition a huge failure. It was finally repealed on December 5, 1933.[9]

1 Take A Bath In The Same Water As Your Family If you weren’t lucky enough to live near a river, chances are water wasn’t plentiful, and it wasn’t uncommon for all of the people in a household to use the same bathwater.[10] Baths were taken in a specific order, usually with the father going first, followed by everyone else in the pecking order.

Imagine taking a bath in water that your parents and siblings have already used. Although bathroom hierarchy still exists in most family dwellings that share a single bathroom, at least now you can have your tub, and your water, all to yourself.

For more ways the past was wildly different from the present, check out 10 Mundane Jobs That Horrified Our Ancestors and 10 Things That Were Common In The Past That We Couldn’t Imagine Now.