Everyone makes mistakes. Maybe you forgot to buy milk at the grocery store, or perhaps an important e-mail to your boss went off with a glaring typo in the subject line. At least you can rest assured that life’s little mishaps rarely lead to much greater calamities.

Some mistakes, however, are so colossal that they can change the world as we know it forever. The fates of nations and millions of people have sometimes hinged on a single bad decision. From the sinking of RMS Titanic to the selling of Alaska to the United States, here are ten big screwups that changed the course of history.

10 The Dutch Not Bothering To Claim Australia 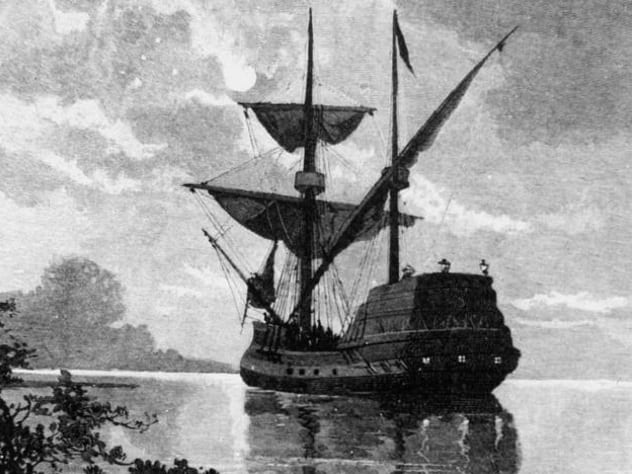 Before Captain James Cook, a British explorer, landed on the eastern coast of Australia, the Dutch had sailed to it over 100 years earlier in 1606.[1] It is believed Captain Willem Janszoon of the Dutch ship Duyfken explored approximately 320 kilometers (200 mi) of the Cape York Peninsula’s western side.

More Dutchmen also explored both the western and southern coasts for many decades and called the land New Holland. However, the Dutch made zero attempts to claim the land or establish settlements, and so it was left to Captain Cook to plant the flag in 1770. 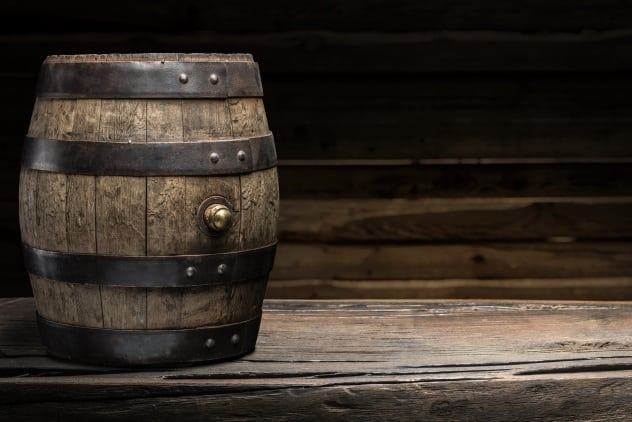 The Austro-Turkish War was fought between the Habsburg and Ottoman Empires between 1788 and 1791. In 1788, one of the most farcical friendly fire incidents ever occurred, which allowed the Ottomans to gain an advantage in the war. It all started on the night of September 21–22, when the Austrian hussars crossed a river to scout for Turks. While they did not find the enemy, they did come across locals, who sold the weary troops wine. The Austrian commander, however, was waiting at the camp, concerned whether their troops would make it back, so sent infantry across the river to find them.

Once the infantry found the drunken troops, they demanded the hussars share their schnapps.[2] When the drunken scouts refused, a brawl ensued, which led to a soldier firing his gun. A member of the infantry then shouted “Turci! Turci!” (“Turks! Turks!”). The hussars and most of the infantry fled in a panic, believing the Ottoman army was about to attack. The uproar caused an artillery officer to come to the conclusion the camp was under fire, so he ordered his cannons to open fire. Many soldiers therefore woke to combat and began firing at every shadow. Two days later, the Ottoman army arrived at the Austrian camp to find 1,200 casualties (some sources have stated as many as 10,000) and simply claimed Karansebes. 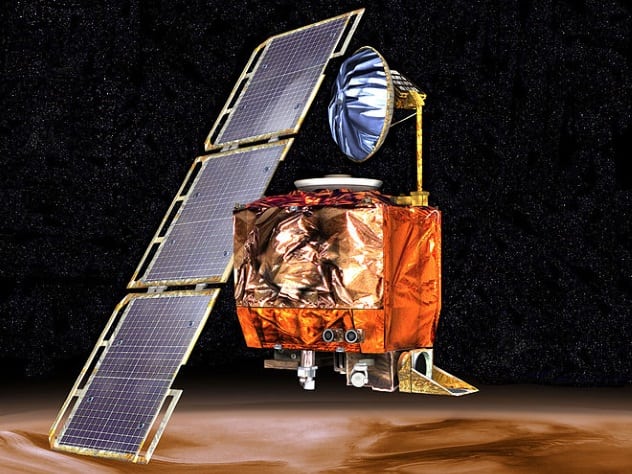 The Mars Climate Orbiter was a robotic space probe that was launched in 1998 by NASA, with the aim of studying the Martian climate and surface, as well as surface changes. It was also created to relay communications in the Mars Surveyor 1998 program for Mars Polar Lander.

However, NASA lost the $125 million orbiter in 1999, as the engineering team at Lockheed Martin made the mistake of using English units of measurement, while the agency team opted to use the more commonly employed metric system.[3] It was undoubtedly a pricey learning experience for NASA and a setback for scientific discovery. 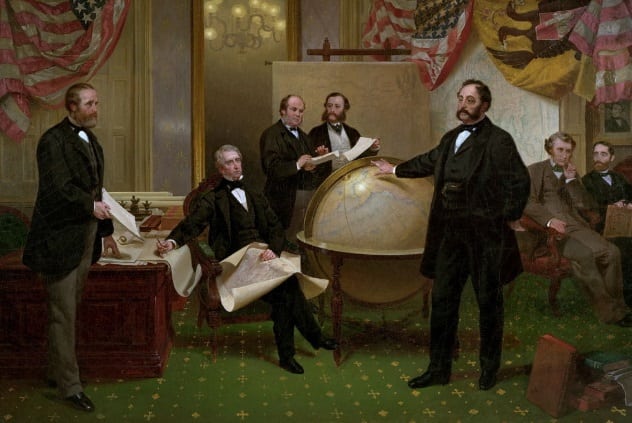 Following the outbreak of the Crimean War, Britain, France, and Turkey took a stance against Russia, making it difficult for the nation to defend or supply Alaska, as all sea routes were controlled by allied ships. While tensions mounted between Russia and London, the relationship between Russia and the US was stronger than ever. Both nations therefore came up with the idea of Russia selling Alaska to the United States.

While the decision was widely criticized by the press, public, and congress, both nations signed an agreement on March 30, 1867, to sell Alaska for $7.2 million, which was approximately two cents per acre. The sale was, however, a big mistake for Russia. By the 1880s and 1890s, gold mining had commenced in Alaska, providing America with hundreds of millions of dollars.[4] Alaska now produces more gold than any other US state except Nevada.

6 The Sinking Of RMS Titanic 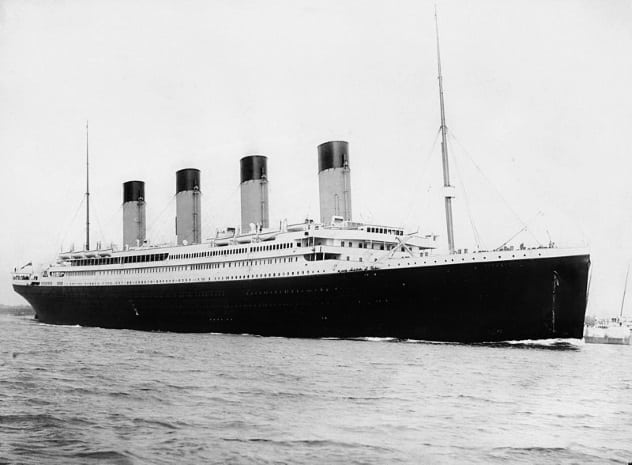 The sinking of RMS Titanic is one of the biggest maritime disasters in history, as more than 1,500 people lost their lives aboard the ill-fated liner during the early morning hours of April 15, 1912, after it hit an iceberg on its maiden voyage from Southampton to New York City.

Much controversy surrounded the sinking of the ship, as many believe the chairman of the White Star Line ordered Captain Smith to speed up the Titanic to reach New York in record time so that it would wow the world with its speed, size, and luxury. The biggest mistake was, however, providing only 20 lifeboats, enough to seat 1,178 people, for the more than 2,200 on board. What’s even more shocking is the ship was originally supposed to house 32 lifeboats, but the designers believed it would clutter the deck.[5] (Titanic also carried 48 life rings and 3,500 life belts, but they weren’t going to save anyone in the freezing water in which it sank.) Following the maritime disaster, laws regarding boat safety were significantly changed. 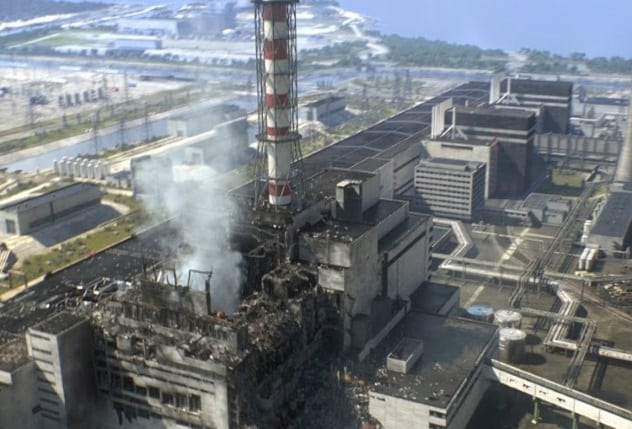 The Chernobyl disaster occurred on April 26, 1986, and is undoubtedly the worst nuclear disaster in history. It occurred during a late-night safety test involving a station blackout power failure simulation. As a result, all safety systems were deliberately turned off. A combination of reactor design flaws and the operators arranging the core in a way that went against the test checklist resulted in an uncontrollable reaction. Due to no effective containment structure within the plant, this led to an open-air graphite fire that produced updrafts for nine days.

The steam blasts at the start of the reaction caused the immediate deaths of 31 people. 134 servicemen were later hospitalized with acute radiation sickness, and 28 firemen and employees passed away due to the effects of the radiation within days or months of the disaster. It is also believed that approximately five million people were exposed to radiation in Ukraine, Belarus, and Russia.[6] 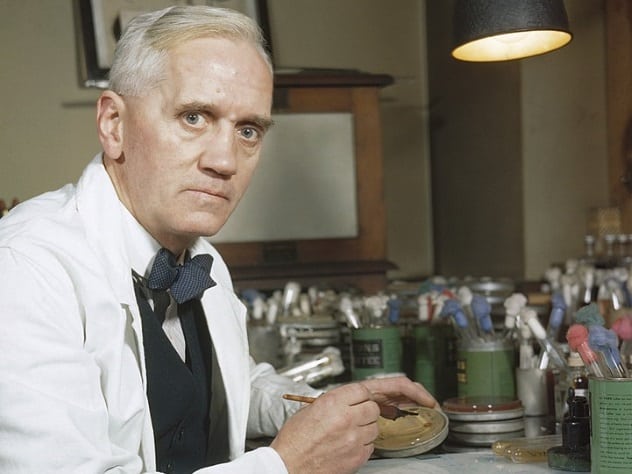 Alexander Fleming revolutionized medicine thanks to his discovery of benzylpenicillin, the world’s first antibiotic substance, in 1928. However, the world-changing discovery was made by chance, and it is most likely one of the best mistakes in history. Fleming left his lab for a month to go on vacation with his family. Upon his return, the Scottish doctor realized that one of his petri dishes of staphylococci had a fungus growing in it, which destroyed the surrounding bacteria.

Surprised by his finding, he grew the mold in a pure culture and ultimately discovered that it could annihilate bacteria.[7] He coined the antibiotic substance the fungus produced as “mold juice.” While it took a few years for penicillin to reach the public, it was eventually used to treat Allied wounds and saved countless lives during World War II. 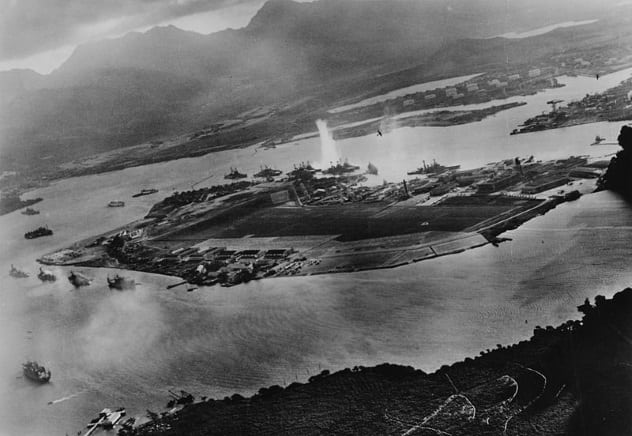 At 7:48 AM local time on December 7, 1941, Japan launched a surprise aerial attack on the US naval base at Pearl Harbor, located on Oahu island, Hawaii. Hundreds of Japanese fighter planes damaged or destroyed 19 American naval vessels as well as over 300 airplanes. Around 2,400 Americans also lost their lives, and over 1,000 more were injured, leading the United States to declare war on Japan the next day.

The big mistake Japan made was concentrating its attack on US battleships, as it would have been more beneficial to target Pearl Harbor’s fuel reserves and repair yards. Japan also chose the wrong day to attack, as the Pacific Fleet’s aircraft carriers and their personnel were away from the naval base. The US Navy could therefore quickly recover from the surprise attack.[8] 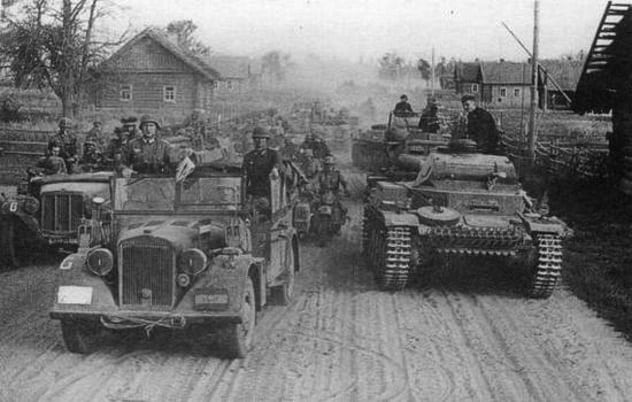 Nazi Germany’s invasion of the Soviet Union was undoubtedly a big turning point in World War II.[9] Despite making a nonaggression pact with Russia in 1939, Hitler stated in Mein Kampf that the Soviet Union was always an enemy of Nazi Germany. The pact was, however, an effective way for both nations to buy time and potentially prevent a two-front war.

Hitler had already decided to invade Russia once he controlled Europe. The invasion of the Soviet Union started on Sunday, June 22, 1941, and the attack, known as Operation Barbarossa, ultimately led to what the Russians called the Great Patriotic War. In a bid to defend both its people and borders, the Soviet Union joined the Allies. On top of that, Hitler’s army was not prepared for an arduous Russian winter. Germany lost 750,000 troops before November.

Many believe attacking the Soviet Union was Hitler’s biggest mistake. If Germany had never invaded Russia, Stalin may never had entered World War II and may have continued to supply Germany with materials for war.

1 The Wrong Turn That Started World War I 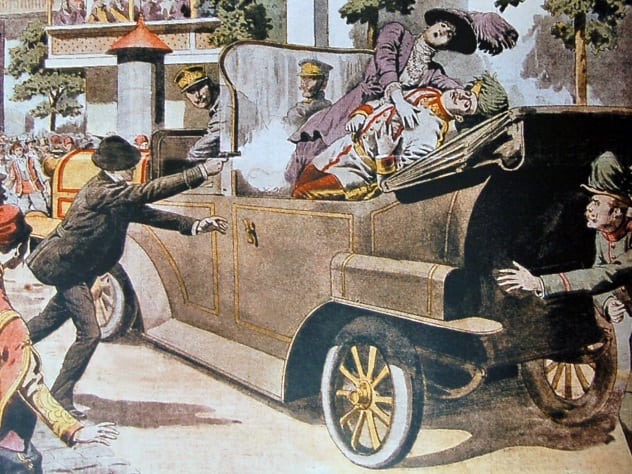 Archduke Franz Ferdinand of Austria and his wife, Sophie, were visiting Sarajevo and had ignored warnings of terrorist activity by the nationalist group the Black Hand. At 10:10 AM on June 28, 1914, Nedjelko Cabrinovic, a member of the organization, threw a bomb at the archduke’s car. However, the assassination attempt was thwarted when the driver spotted the object and accelerated the automobile, which landed under a vehicle behind the royal couple’s open-air car, injuring both the passengers and spectators.

Following a short rest, the archduke and his wife were adamant about visiting the people who had been injured by the bomb at the hospital. However, the driver was not notified that the royal couple’s itinerary had changed. Once he was informed, he had to turn the car around onto a side street. At the same time, Gavrilo Princip, a Black Hand member, was standing across that street after the assassination attempt had failed. Seizing the opportunity, Princip quickly walked across the street and shot Sophie and the archduke.[10] Tragically, this one mistake not only led to the murder of the royal couple, but it triggered World War I, which claimed the lives of 18 million people.

For more great blunders from history, check out 10 Map Mistakes With Momentous Consequences and 10 Embarrassing Mistakes Historical Figures Want You To Forget.