Asked to name a favorite prank, many people would cite the time that Sacha Baron Cohen (while dressed as his Bruno character) invited Paula Abdul to sit on furniture made from living people. They’d probably even mention how Abdul went along with everything and explained how she wanted to help people until a naked man with sushi was wheeled into the room.

Other people might recall the time when 4chan posters convinced the media that teenagers were huffing poop. The prank even worked enough to result in intervention by a Florida county sheriff’s office, which issued a report about the danger of the drug.

But the truth is that pranks have been around much longer than either television or the Internet. As that might seem hard to believe, this list will review 10 legendary pranksters whose most memorable antics occurred before TV became popular in the 1950s. 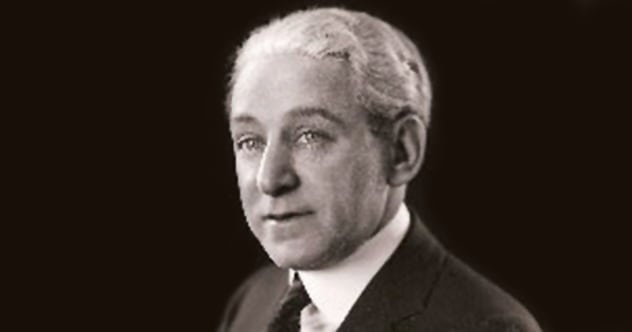 Harry Reichenbach was a press agent and publicist who is remembered as creating publicity stunts to promote films.

One of his pranks involved placing a lion in a Broadway hotel to promote Tarzan of the Apes. For another, eight actors were hired to announce a reward of $20,000 for the lost daughter of a sheik to promote The Virgin of Stamboul.[1]

Today, Reichenbach is probably best remembered for paying a struggling actor (who was on his way to attend a meeting with a top agent) to randomly drop coins on the sidewalk. By the time the actor reached the agent’s office, a large crowd of followers had gathered, giving the illusion that the actor was very popular. 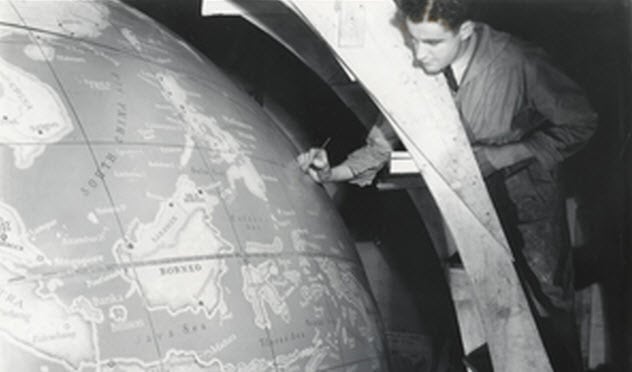 Hugh Troy was a prankster who also worked as a painter in the early part of the 20th century. Although he had attended Cornell University, he was eventually suspended without receiving a degree. However, many of the pranks committed by Troy remain the stuff of legend.

His antics included using a garbage basket made from a rhinoceros foot to create tracks across a college campus during a snowstorm, painting the galoshes of a visiting lecturer with human feet, and inventing a fictional character named “Johnny Tsal” who finished last in every race.

In Central Park one day, he rose from the bench where he was sitting, picked it up, and proceeded to carry it away with him. When he was arrested for theft, he quickly produced a receipt for the item. It turns out that he owned that bench.

Troy once placed a sign reading “Jesus Saves” on the front of a local bank, disguised a piece of corned beef as a human ear, and created a piece of military paperwork requiring that reports be written on flypaper.[2]

Today, he is best remembered for creating the globe in front of the Daily News Building in New York which displays Ithaca as a capital. 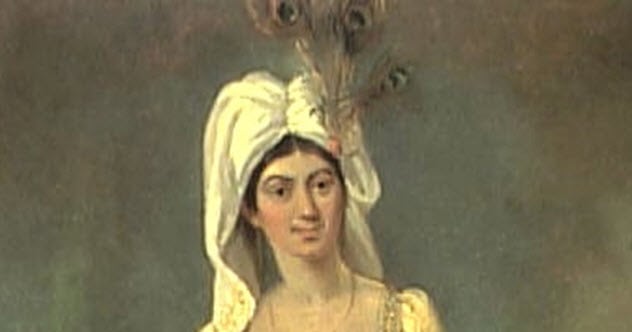 Mary Baker of Bristol, England, is best remembered for posing as Princess Caraboo in 19th-century England. Baker was even able to fool the town of Bristol into believing the resulting myth for several months.

The legitimacy of the princess remained greatly disputed. One Portuguese sailor even claimed to have conversed in her native language. Princess Caraboo also became the favorite of local royalty.

In actuality, she was an English servant girl who had invented a fictitious language to further an imaginary character. Odd marks on the woman’s head were from a botched operation in a London poorhouse. Before the woman’s death, she made a living selling leeches at the Bristol Infirmary Hospital.[3]

The legend of Princess Caraboo was so popular that a film based on the story was made in 1994. 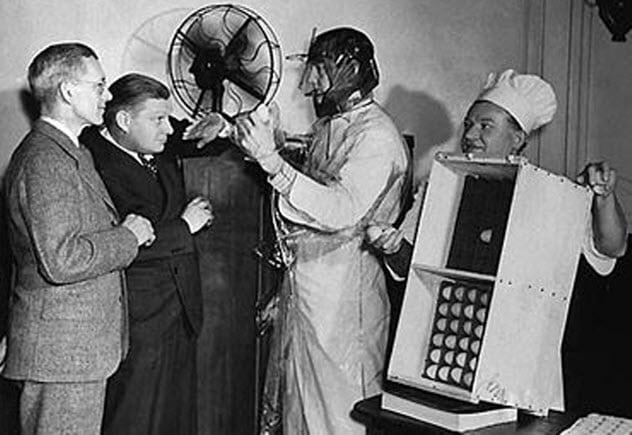 Born in 1908, James “Jim” Moran was a publicist for a variety of companies, including film studios, retailers, motor vehicle manufacturers, and even politicians. One of his first stunts was selling a General Electric refrigerator to an Eskimo.[4]

Some of the more legendary pranks and stunts pulled by Moran include walking a bull through a china shop, looking for a needle in a haystack, sitting on an ostrich egg, and riding in a taxi with a chimpanzee as the driver. Moran even planned to fly a little person across Central Park on a kite but was stopped by law enforcement. 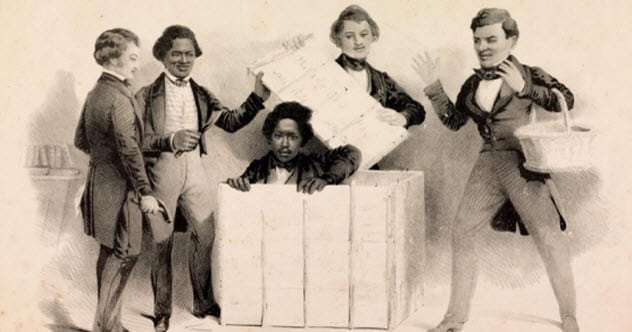 Born in Virginia, Henry Brown’s life in the early 1800s was filled with the drudgery of work in a tobacco factory. As an African American, he was also kept from living with his wife, who was owned by a slave master. Eventually, Brown’s pregnant wife and children were sold to a plantation in North Carolina, which removed him from his family.

After several months of grieving over the loss of his family, Brown decided to escape slavery. He planned to be shipped in a box by rail from Richmond to Philadelphia. To execute his idea, he relied on the help of a white abolitionist in Philadelphia.

Brown made the trip in a box 0.9 meters (3 ft) long by 0.6 meters (2 ft) wide by 0.8 meters (2.7 ft) deep and billed the order as “dry goods.” The box was lined with cloth. To keep himself alive, Brown kept only one jug of water and a few biscuits. The box was turned upside down several times. Once, two men even sat on the box, but Brown survived.[5]

As a result of his actions, Brown became a symbol of the Underground Railroad Freedom Movement. He later produced a moving panorama about slavery which was funded by proceeds from a drawing that depicted his journey. 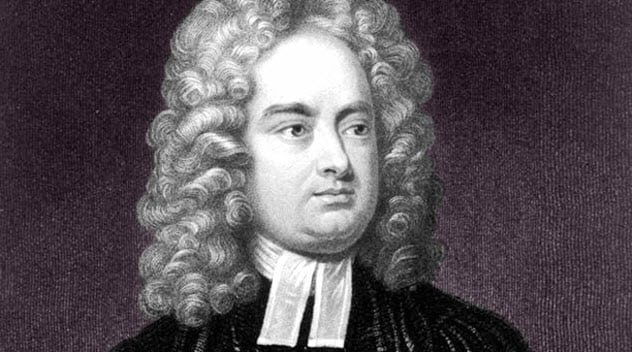 Jonathan Swift’s most famous work, Gulliver’s Travels, documents the tale of an Englishman who visits many strange lands. Despite the work’s fantastical qualities, it is a satire of both English society as well as human nature.

Over the course of his career, Swift wrote many other satirical works, including A Modest Proposal for Preventing the Children of Poor People from Being a Burthen to their Parents or Country, which suggested that needy families could reduce their economic troubles by selling their children to wealthy people for food.

Swift is also remembered for many pranks throughout his career. In 1708, he mocked famous astrologer John Partridge by predicting that Partridge would die on March 29 of that year.

On March 30, 1708, Swift announced that Partridge had died. Many people believed him despite comments from Partridge that he was still alive.[6] 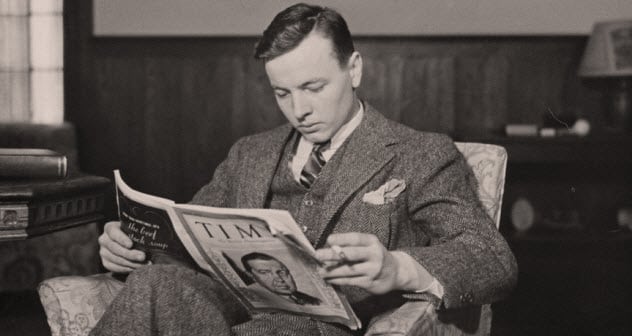 In 1936, Lewis Gorin Jr. and Urban Rushton, who were students at Princeton University, created the Veterans of Future Wars to parody other movements that helped obtain early payments for veterans of World War I.

Rather than reward veterans after combat, the group’s manifesto advocated for a $1,000 bonus to future veterans while they were still young and capable of enjoying the money. The group also advocated for $50 a month to all mothers and future mothers of male children.[7]

The Veterans of Future Wars became nationally famous and eventually gained 60,000 members on college campuses throughout the United States. Many people took the prank seriously, which resulted in Gorin renting an office and hiring a secretary to handle all the correspondence. Gorin even received numerous invitations to be a public speaker.

After graduation from Princeton, he went on to become a lawyer. His departure from Princeton and its most active members joining other organizations eventually led to the group’s dissolution. 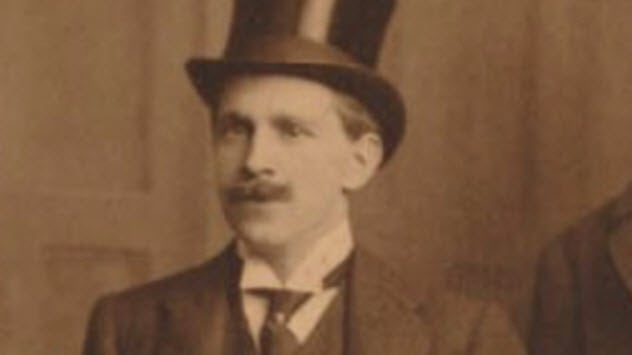 A resident of County Cork, Ireland, at the turn of the 20th century, William Horace de Vere Cole was a poet and prankster.

Cole performed many strange pranks. For example, during his undergraduate years at Cambridge, he posed as the uncle of the sultan of Zanzibar. Another time, Cole hosted a party in which every guest had the word “bottom” in their last name.

During his free time, Cole walked through the streets with a cow’s udder poking out of his trousers. He is even believed by some to have executed the Piltdown Man prank, which involved the discovery of bone fragments of a previously unidentified early human.

However, Cole is best remembered for the Dreadnought hoax. This involved tricking the Royal Navy into showing one of the country’s prized battleships to Cole and several of his friends (including Virginia Woolf) who had disguised themselves as royals.[8] 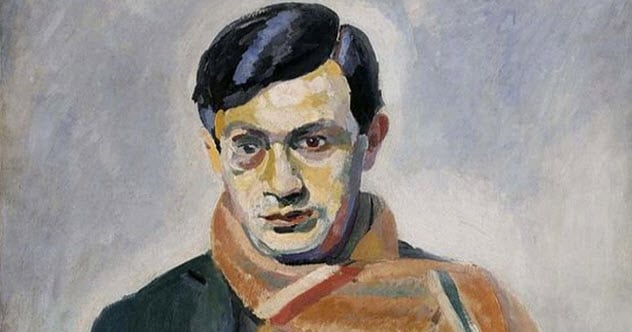 Born in Romania in 1896, Tristan Tzara was one of the founding members of the Dada movement through his experimentation in avant-garde poetry and performance art. Art books rarely give this title to Tzara, however, because he rejected a role as leader and this type of hierarchy is against the principles of the Dada movement.

In 1920, after World War I, the Dada movement spread from Switzerland to New York, Paris, Cologne, and Berlin. That same year, Tzara relocated to Paris where he spent time with other surrealists, including Andre Breton, who lived in the city.

During this time, Tzara became involved in numerous Dada experiments which drew attention to the movement through the use of false advertising and hoaxes to mock the importance of events reported in the news.

One of these pranks involved announcing that Charlie Chaplin was scheduled to appear in a show when no such arrangement existed. Another event involved the publication of news about a fake duel between Tzara and fellow Dada artist Hans Arp. The two men went so far as to publish stories in Swiss newspapers.[9] 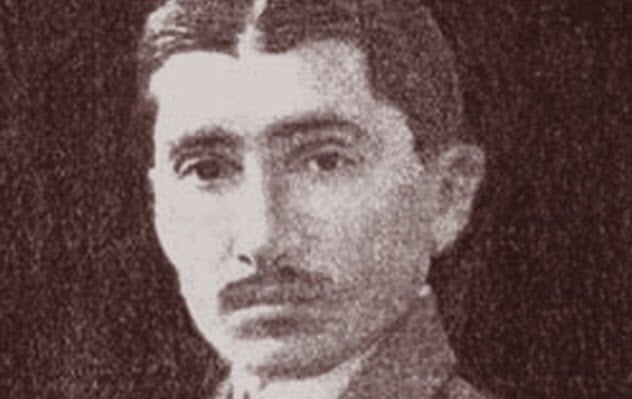 Urmuz was the pen name of Demetru Dem, a Romanian writer and lawyer who lived shortly before Tzara. Today, few pieces of Urmuz’s writing exist, but there are voluminous notes about his life. As part of the absurdist movement, Urmuz used black comedy and nonsense verse in his writing as well as parody. As a result, Urmuz is seen by many as a precursor of the Dada movement.

During his career, Urmuz took part in a large number of pranks. One of the most memorable involved fooling passersby into presenting identification papers for inspection.

Another time, Urmuz and his friends entered the Caldarusani Monastery in Romania and demanded that the monks provide guest treatment, which served as a great test of the monks’ patience. Urmuz would also approach men being trained at seminaries, begin discussing nationalist policies, and then unexpectedly only recite nonsense lyrics.[10]