There’s no room for stories of evil monsters, ghostly ships, or oracles and their priestesses in the cold light of the rational 21st century. The ancient myths and legends that have come down to us are seen as no more than the creation of someone’s overworked imagination.

However, many of these seemingly impossible tales do have a grounding in fact. Even bizarre tales of giant wooden horses and bloodsucking vampires may not be as fantastical as we imagine. 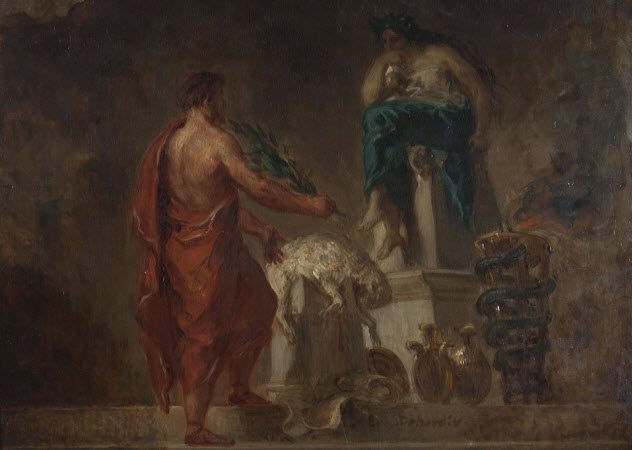 Over 2,500 years ago, people traveled from all over Greece to hear the advice and prophecies of the God, Apollo, uttered by his priestess at the Oracle of Delphi. The advice came out in ambiguous riddles that had to be interpreted by the listener with the help of assistant priests employed to explain what the priestess’s strange ramblings actually meant.

These tales of feverish trances and bizarre ramblings may appear too strange to contain any truth. But a team of scientists discovered something very interesting when they investigated the ancient site at Delphi.

A geologist studying the rocks found oily limestone under the ruined temple. The temple itself was built over a fault in the rocks, which meant that they could move around and they heated up when they did. This heat allowed gas to escape from the limestone, travel up through the gap in the rocks, and rise to the surface where the priestess was sitting in her windowless room.

A chemist found evidence of ethylene, a gas which can make people feel confused and out of touch with the real world when they breathe it in. This could have caused the trancelike states and confused speech of the priestess as she sat above the crack in the rocks, breathing in the fumes.[1] 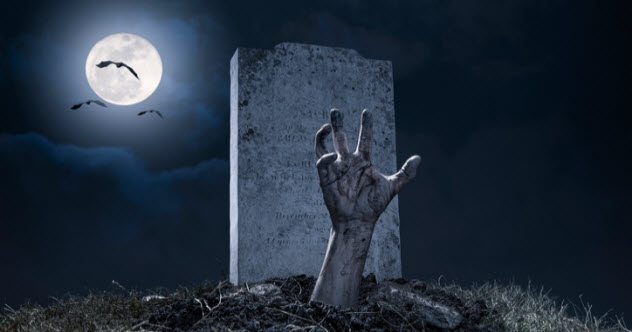 Most of the population of Haiti is descended from African slaves, and many people follow voodoo, which is based on the religions of West Africa. In voodoo, a zombie is a dead person brought back to life by a priest called a bokor. These “walking dead” have no free will and must obey their masters, who force them to work as slaves, toiling on farms from sunrise to sunset.

No one outside of Haitians took these tales of zombies seriously until one actually appeared! Clairvius Narcisse had been “dead” for almost 20 years when he suddenly reappeared. He claimed that a bokor had drugged him so that everyone thought he was dead—before digging him up after his funeral and putting him to work as a slave on a farm.

Hearing the story, Dr. Wade Davis traveled to Haiti to investigate. He learned that the bokors used a substance called “zombie powder,” which he analyzed and found to contain poisonous puffer fish and the skin of poison toads. He believes that these substances make victims appear dead with hardly any breath or heartbeat.

The victims are dug up after burial and given other dangerous drugs to confuse them and make then forget who they are.[2] 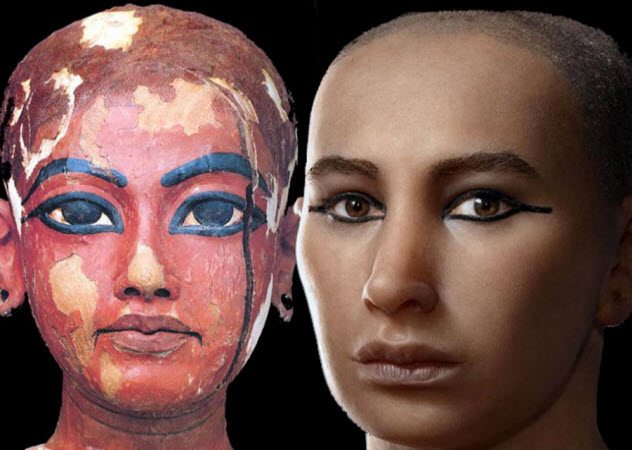 Archaeologist Howard Carter became world-famous after discovering Tutankhamun’s tomb in the Valley of the Kings in 1922. However, one by one, people involved in the discovery came to an untimely end.

First, Lord Carnarvon, who funded the trip, died in Cairo after being bitten by a mosquito. As he did, the lights of the city went out. Other deaths followed. A scientist who X-rayed the mummy died of an unknown illness, a member of the excavation died of poisoning, and a visitor caught pneumonia and died after going to the tomb.[3]

This may seem like strong evidence that the mummy’s curse had been unleashed, but it was all driven by a press desperate for stories about one of the greatest discoveries of all time. They pounced on the idea of a curse.

A few people might have died, but many people were involved in the discovery. The numbers that died were no more than to be unexpected. In fact, the person who should have been the most obvious target of such a curse, discoverer Howard Carter, lived on for many years, dying at age 64. 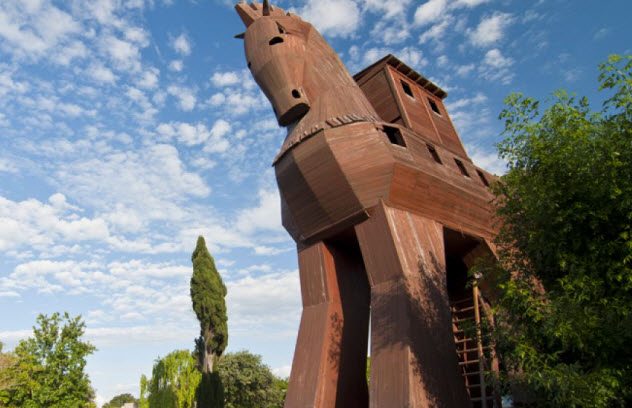 The Greeks spent 10 fruitless years attempting to conquer the city of Troy before coming up with the idea of building a giant wooden horse, filling it with soldiers, and leaving it outside the gates of the city.

Once the Trojans took it inside the city walls, the Greek soldiers waited until nightfall before sneaking out of the horse. They opened the city gates, allowing their fellow soldiers to charge inside and finally conquer Troy.

This tale, first brought to us by Homer’s Odyssey, is too bizarre to be true. However, the Greeks did use huge, wooden siege engines to attack cities, and these were sometimes covered with damp horse-hides to stop them from catching on fire.[4] 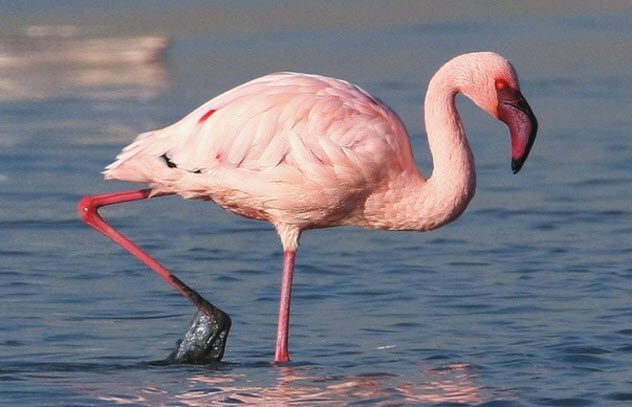 In ancient Egypt, the phoenix was a legendary fire bird with beautiful red plumage. Each time this magical bird grew old and died, it was consumed in flames and, out of its own ashes, was reborn as a young phoenix.

This strange myth could have been brought back by travelers in East Africa who had come across the habitat of the lesser flamingo. These striking red-and-pink birds live in lakes which can completely evaporate in the summer, living nothing more than a dry, dusty landscape.

When the thousands upon thousands of flamingo chicks marched out of their dry nesting grounds in the center of the lake to find food and water, a huge cloud of dust was thrown up and the legend of the chicks appearing from fire began.[5] 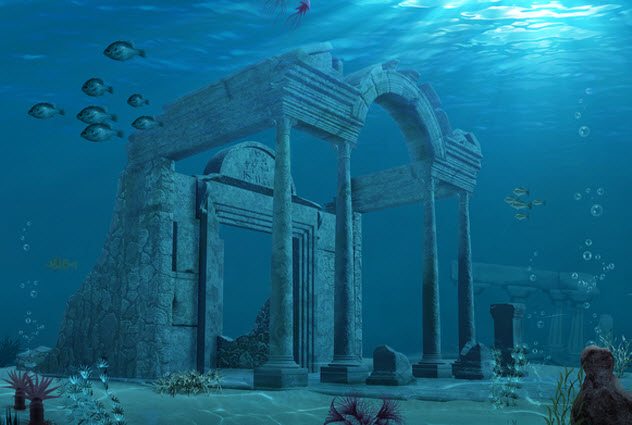 The story of Atlantis continues to fascinate us over 2,000 years after first appearing in the writings of Plato, which tell of a wondrous civilization destroyed when it sank under the ocean. Atlantis was a kingdom comprised of lush islands with a huge capital city on the central one. Plato was not a historian and never intended to write a factual account. He was more interested in the moral of the tale. 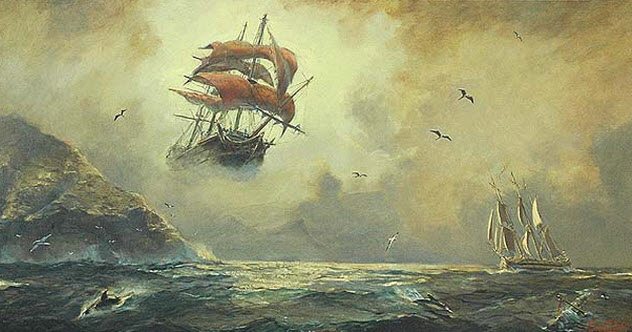 Sailors are superstitious at the best of times, and nothing sent a chill down the spine of mariners more than a sighting of the Flying Dutchman. This ghostly vessel was doomed to sail the oceans forever, and it spelled disaster for whoever saw the ship and its legendary crew hovering above the waves.

It’s believed that the cause of these sightings could be a special type of mirage called a fata morgana. These occur when there is a layer of cold, dense air near sea level with warmer air above. This can cause light rays to bend and make objects at sea level appear higher in the air. A ship sailing on the sea could therefore be projected into the air, creating a hazy, ghostly image of itself.[7] 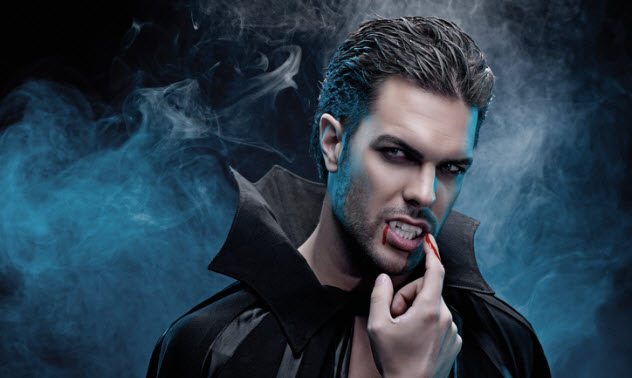 Fangs, avoiding sunlight, aversion to garlic—it can only be one thing, a vampire . . . unless it’s someone suffering from porphyria, a rare blood disease. People with this disease display symptoms such as skin sensitivity to sunlight. Their skin is disfigured if they go out in the daytime, and they also have an adverse reaction to garlic which can cause extreme pain.

Another gruesome symptom of the disease is that the sufferer’s gums shrink and their lips peel back, making their teeth protrude in a frightening fang-like manner.[8]

People suffering from porphyria do not drink blood, but their urine is a purplish-red color. This may have led people to believe that they had been drinking blood.

Although it is a rare disease, porphyria was prevalent among the European nobility, which may explain why the vampire’s castle came to be a place of dread to the villagers of central Europe. 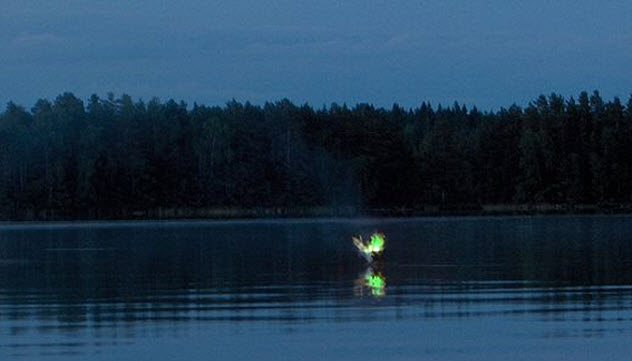 In England, many a weary nighttime traveler has been startled by the sight of a will-o’-the-wisp, an eerie ghost light that hovers in the air and lures the overly curious away from the safety of the path to their doom in the darkness of the waiting bogs and swamps.

Although this sounds like a fanciful tale to be told in roadside inns by weary travelers resting around a roaring log fire, will-o’-the wisps are very real and can still be seen. The strange flame-like phosphorescence is actually caused by the gases released by decaying plants in marshy areas. These plants release highly combustible methane as well as other gases which can spontaneously combust.[9] 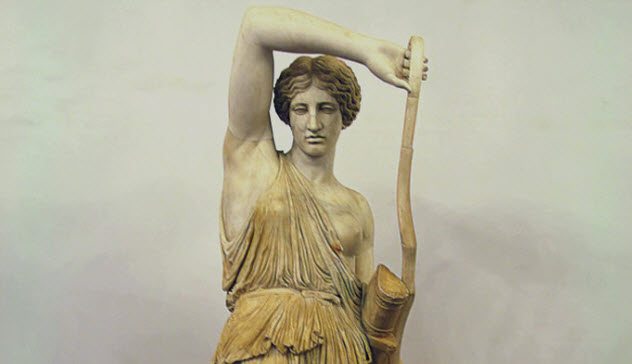 The Greek legends are full of stories of a heroic race of warrior women, the Amazons. They fought for the Trojans during the Trojan War, attacked Athens during the Attic War, and even founded the city of Ephesus. Each year, these fierce warriors procreated with a neighboring tribe, keeping any resulting baby girls and getting rid of the boys.

The legends are full of appeal, and Greek pottery is awash with images of scantily clad Amazon warriors. However, until recently, nobody took the stories seriously. That is, not until archaeologists in Russia uncovered the graves of a group of women buried with their weapons and showing combat injuries.

The skeletons of the women also showed them to be unusually tall for their time. These warrior women of the Russian steppes were obviously a startling sight to the Greeks who encountered them.[10]

Steve Martin lives on top of a hill in north Wales and is the author of numerous children’s books including the Boys’ Book of Adventure, Pilot Academy, and the young adult novel, The Poppleham Ghosts.