Many people were horrified at Adolf Hitler’s actions during World War II. Teenagers were no exception. Young people all around the world wanted to do anything they could to stop Hitler’s slaughter. The following 10 extraordinary teens risked their lives to fight Nazi ideology and save the persecuted. 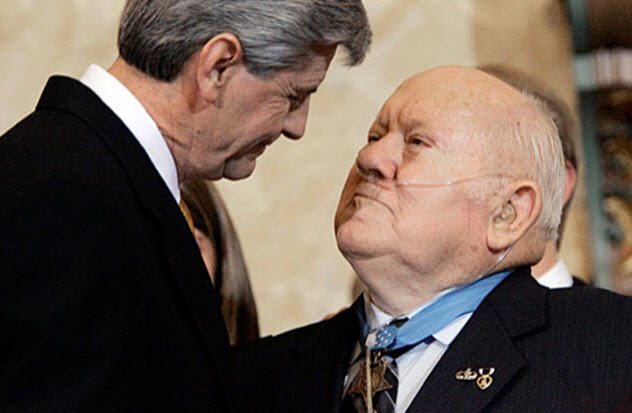 Fourteen-year-old Jack Lucas was eager to go to war. He lied about his age and forged his mother’s signature on the enlistment papers. Lucas managed to qualify as a sharpshooter in the Marines. However, it did not take too long for the officers to realize that Lucas was underage. They threatened to send him home, but Lucas told them that he would just reenlist with the army. The Marines gave him a safe job: driving a transport truck in Hawaii.

Three years passed, and Lucas did not see combat. He worried that he never would. So Lucas stowed away on a ship bound for Iwo Jima and was soon fighting Japanese soldiers. Two grenades dropped into his trench. Lucas told his fellow Marines to run for it, and he dove on the grenades. One exploded.[1]

Lucas barely survived the blast. He needed to have 26 operations to his repair his injuries. Even after his surgeries, Lucas still had more than 200 pieces of shrapnel embedded in his body. He was discharged from the Marines and awarded the Medal of Honor. 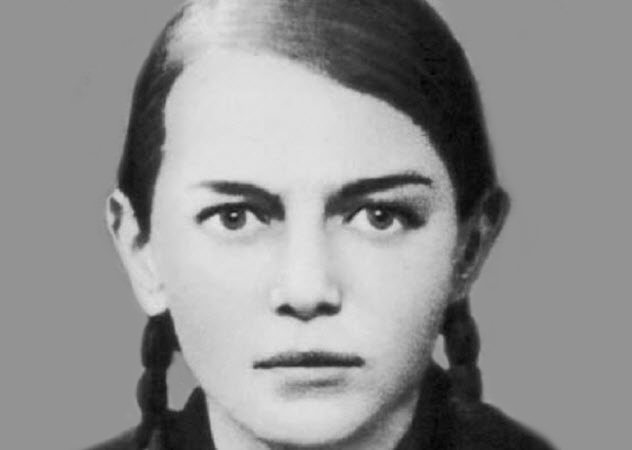 Zinaida Portnova was 15 when the German army invaded Belarus. Her grandmother had an argument with one of the soldiers, and he hit her. This incident left Portnova with a deep hatred of the Nazis, and she joined an underground resistance movement.

Portnova began distributing Soviet propaganda, collecting weapons for Soviet troops, and reporting German troop movements. Within a year, she had learned how to use weapons and explosives. Portnova helped blow up several buildings, which killed over 100 Germans.

She started to work as a kitchen aide and poisoned food meant for German troops.[2] Portnova immediately became a suspect. She proclaimed her innocence and ate some of the poisoned food. Portnova was released when she did not become sick.

However, she became extremely ill on her way home and barely recovered. When Portnova did not return to work, the Germans realized that she was the one who had poisoned them. They began to search for her.

Portnova became a scout and was captured on one of her missions. During her interrogation, she grabbed the Nazi officer’s gun and shot him and the other two soldiers. Although Portnova tried to escape, she was captured, tortured, and executed. She was 17. 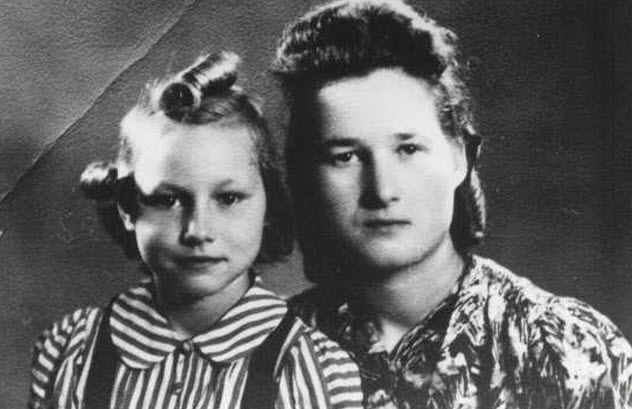 Sixteen-year-old Stefania Podgorska (pictured above, right) went to work for a Jewish family, the Diamants, after her father died. She became close with the Diamants and moved in with them. Unfortunately, Hitler soon invaded Poland and the Diamants were forced into a ghetto.

Podgorska returned to her family’s home after her mother and brother were sent to work camps. She had to care for her six-year-old sister. The siblings were poor, and they had to sell clothes to feed themselves.

However, when Podgorska found out that people in the ghetto were going to die, she knew that she needed to help them. She offered to house several Jewish people—including Max Diamant, the son of her former employers. Podgorska was soon harboring 13 Jewish people.[3]

She found a job at a factory and used the money to rent a bigger house. But it was still difficult to support 15 people. Podgorska started knitting sweaters for money and food, which she often had to buy on the black market. She lived in constant fear that someone would learn her secret, so she stopped talking to anyone outside her home.

German soldiers came into her home, and they told Podgorska that she had to leave the house within two hours. She refused to leave. Podgorska knew that if she left, all 13 Jewish people would die. Fortunately, the German soldiers never returned.

Eight months later, the Soviet army came and liberated Podgorska’s city. All the Jewish people were finally free after two and a half years of hiding. Max Diamant proposed to Podgorska. The two married and moved to the United States. 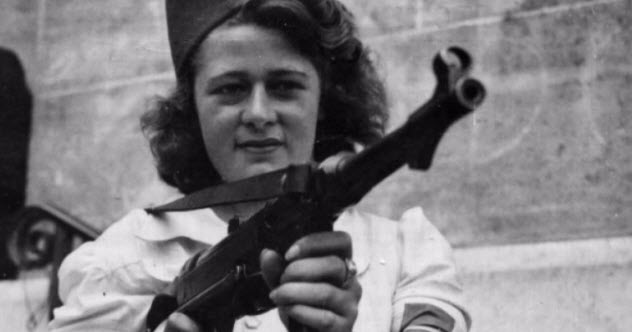 Eighteen-year-old Simone Segouin was determined to help rid France of the German army. She joined the French Resistance and started to hinder Nazis wherever she could. Her first mission was to steal a bicycle from a German soldier. She succeeded. The bike was repainted, and Segouin used it to deliver messages.

She soon took on more difficult missions. Her lieutenant asked her to help him blow up a bridge. Segouin was given a gun and ordered to guard the area against Germans. She did not have to fire a shot, but her lieutenant admired her bravery.[4] So Segouin was permitted to do more dangerous jobs.

She joined her fellow resistance members when they blew up bridges and derailed trains. By the end of the war, Segouin had become a soldier. She fought in the battle to liberate Chartres, her hometown, and helped capture 25 German soldiers. Segouin joined the French troops in their march to Paris and helped liberate the French capital as well.

She was promoted to lieutenant and awarded the Croix de guerre for her heroism. 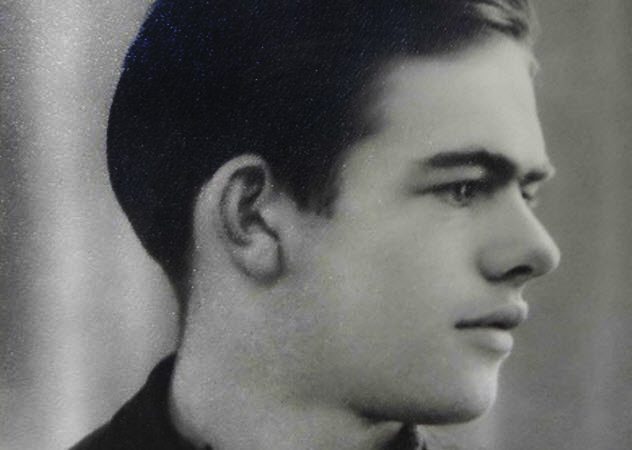 Bernard Bouveret was 16 when he joined the Swiss Secret Service. At first, he just passed mail and informed on German soldiers’ movements. However, he soon became a smuggler. He and 14 others transported grenades, gunpowder, microfilm, and people to Switzerland where they would be safe.

It was a dangerous job that needed to be done at night. However, there was a curfew between 11:00 PM and 5:00 AM. The German soldiers would shoot anyone they saw during this time. In fact, one of Bouveret’s friends was gunned down during a mission.

Unfortunately, Bouveret was caught by the Germans in 1943. He was sent to Dachau concentration camp, where he remained until he was freed by the Allies in 1945. 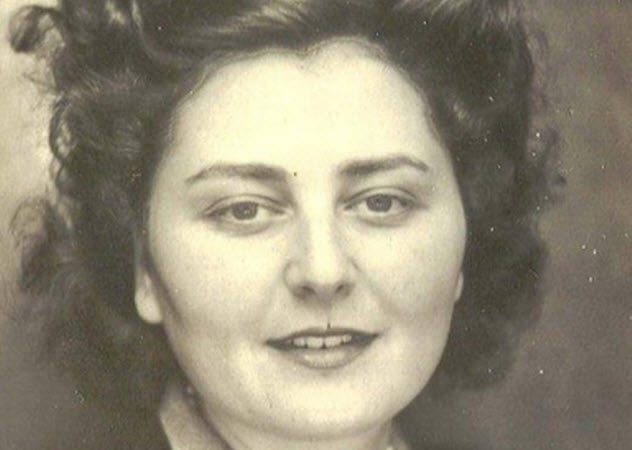 At 17, Charlotte Sorkine was the youngest member of her resistance group. She created thousands of false papers for people who were persecuted by the Nazis and led groups of wanted people out of the country. Sorkine helped her father escape the country. However, she decided to stay. She wanted to do everything she could to help fight the German soldiers.

After Marianne Cohn was arrested, tortured, and killed by the Nazis, Sorkine took on her duties. She helped bring dozens of children to Switzerland, where they would be safe. Sorkine continued to make papers and bring people to safety until many members of her resistance group were arrested.

Then she joined a different resistance group that focused on combat. Sorkine obtained and transported weapons, planted explosives in places where German soldiers met, and took an active part in the liberation of Paris.[6] 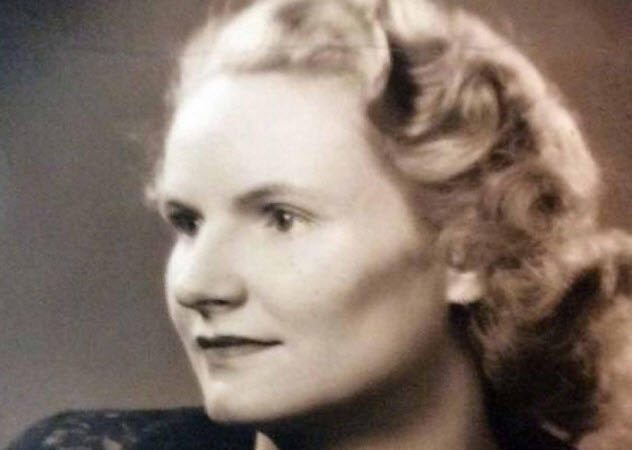 Seventeen-year-old Sonia Butt joined the Women’s Auxiliary Air Force the day she became eligible for service. Within two years, she drew the attention of the Special Operations Executive, which was looking for potential female spies.

She parachuted into northern France to act as a go-between for Allied troops and the French Resistance. Butt was also responsible for finding out new information. She had to dine with German officers and flirt with them for information.

Butt was a specialist in explosives, and she used the intel she gained to blow up bridges and German convoys. After her unit’s weapons officer was killed, she took over his duties and trained new recruits in both weapons and explosives.[7]

Her job had many dangers. She was ambushed by Germans on her way to deliver a message. They knocked her off her bicycle and questioned her. The soldiers beat her until she bled, and then they raped her. They left her bleeding on the ground, and she took shelter in a nearby barn. The next day, she delivered the information that she was carrying and returned the same way she had come.

After the war, Butt was awarded an MBE (Member of the Most Excellent Order of the British Empire). She married a fellow agent, and the pair moved to Canada. 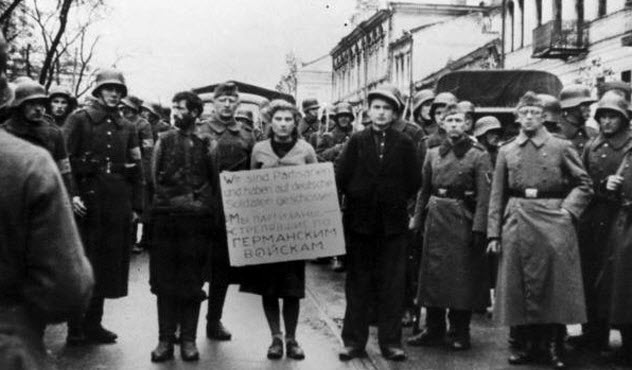 Seventeen-year-old Masha Bruskina was a member of the Minsk resistance. She volunteered at a hospital that took care of injured soldiers from the Red Army. Bruskina did more than care for the wounded. She helped soldiers escape by getting them civilian clothes and false identity papers.

One of her patients reported her to the Germans. Bruskina was captured and tortured for several days, but she refused to give up the names of other members of her group. She was sentenced to be publicly hanged.[8]

Bruskina was paraded through the streets, but she walked calmly to her death. When she was placed on the stool, she turned her back to the crowd. This angered the executioners as they wanted her to stand with her face to the crowd. They tried to force her to turn around, but they were unsuccessful.

They kicked the stool away from her. Bruskina’s body hung for three days before the Germans allowed the town to bury her. 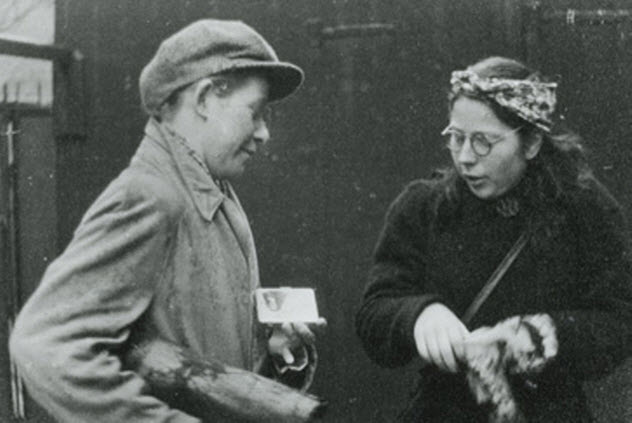 Truus Oversteegen’s entire family disagreed with Nazi ideology, so they helped Jewish people and political refugees illegally cross the border between Germany and the Netherlands. Sixteen-year-old Truus (pictured above, right) was eager to do more. When a member of the Dutch resistance asked her to join, she jumped at the chance. Oversteegen started with simple missions—distributing illegal newspapers, handing out leaflets, and procuring aid for refugees.

Oversteegen was asked to join the armed resistance, and she accepted. She was given military training and taught how to shoot. Her first job was to flirt with German soldiers and lead them into the woods. There, they would be shot by fellow resistance members. Soon Oversteegen was shooting soldiers and blowing up bridges. 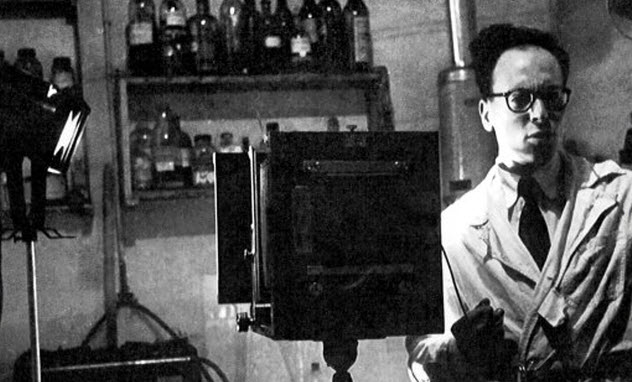 Adolfo Kaminsky dropped out of school at 13 to help support his family. He worked for a clothes dyer—similar to a modern-day dry cleaner. Kaminsky spent hours learning how to remove stains from fabric, and he developed a love of chemistry. He started to read chemistry books and perform experiments at home. He also spent weekends working for a chemist at a dairy.

The Nazis invaded his country when he was 16. Kaminsky and his family narrowly avoided a stay at a concentration camp. They had to go underground to survive.

Kaminsky’s father sent him to pick up false papers from a Jewish resistance group. When Kaminsky arrived, he was told that the group was struggling to remove a blue dye from the documents. He told them to use lactic acid, a trick he had learned at the dairy. It worked, and Kaminsky was asked to join the resistance.

By his 19th birthday, Kaminsky had saved the lives of thousands of people by making false documents: ID cards that did not say Jew, foreign passports, and train tickets.[10] He never took a cent for his work. He just wanted to help disadvantaged people. Kaminsky continued his work after World War II by supplying fake documents to needy people all over the world.

Read more about courageous individuals who risked their lives during World War II on 10 People Who Risked Their Lives To Save Their Enemies In World War II and 10 Overlooked Stories Of Japanese-American Heroism In World War II.