Everyone loves a good story, and history has experienced its fair share of tall tales. Throughout the centuries, both individuals and groups have developed elaborate works of fiction; the most successful of these pulled the wool over the eyes of not only gullible individuals but the general public as well.

Some of these hoaxes were believed for months or even years. The veracity of a few are still adamantly proclaimed by some people even today. Here are ten of the biggest hoodwinks in history, from dead giants and fairies to math whizz horses. 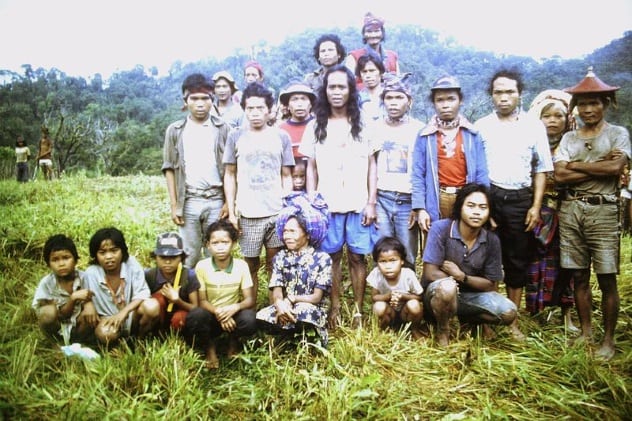 Many called the Tasaday tribe “lost” or “undiscovered.” Yet, Survival International simply stated they had not been contacted due isolation since the Stone Age. The tribe was described as a society of noble savages who lived peacefully inside jungle caves. In fact, the community had no words for violence or conflict. The Tasaday Tribe was, however, controlled by Manuel Elizalde Jr., as he would grant access to anthropologists and celebrities to visit them inside their caves.

It was only when Oswald Iten paid an unexpected visit to the tribe that the hoax was discovered. He found the community relaxing, wearing T-shirts and jeans and using modern tools, such as knives and mirrors. After he questioned the community via a translator, they admitted they were not a Stone Age tribe and that they played the role in return for money from Elizalde.[1]

The tribe was proclaimed by some to be a publicity scam led by officials of the regime of the recently deposed Philippine president, Ferdinand Marcos. In 1988, however, President Corazon Aquino declared the Tasady to be a real group, though many scholars disagreed. Other academics have since concluded that they are indeed a distinct, isolated people, if not a “Stone Age tribe.” 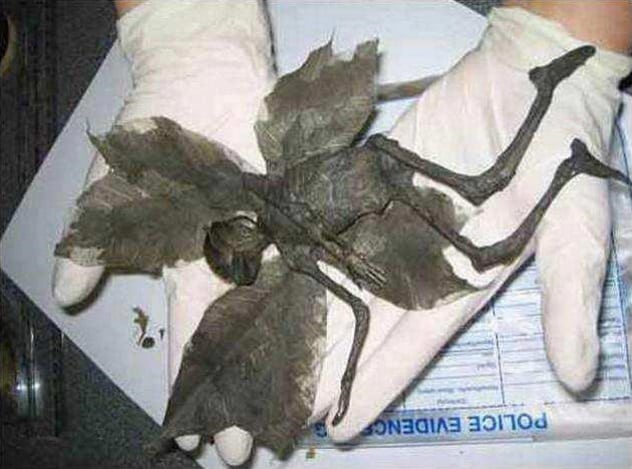 On April 1, 2007, Dan Baines from London decided to play an April Fools’ Day prank by putting the corpse of a fairy on an online auction website. He later sold the fairy for £280. Some 20,000 people flocked to the site in one day to view the image of the fairy remains.

The seller stated the remains were similar to a child but had hollow bones like a bird. The corpse also had teeth, skin, hair, and, of course, wings. He stated that the dead fairy was discovered by a local dog walker and that the corpse had also been confirmed as genuine following an anthropologist’s examination. Later the same day, he admitted that the fairy was fake and added a disclaimer onto the product description. Yet, many believers still insist that the corpse is genuine and that Baines has simply attempted to cover up the truth.[2] 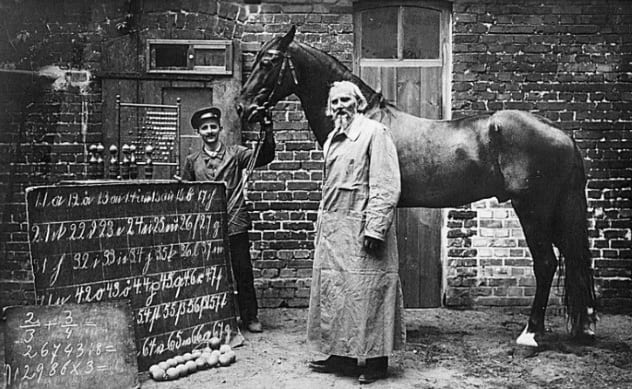 Clever Hans was a horse that could not only count but could also provide an answer to complicated math problems. Well, at least that’s what his owner, Wilhelm von Olsten, wanted people to believe in the early 1900s. Osten was a mathematics teacher who would travel across Germany to provide free exhibitions of Clever Hans to wow the public with his remarkable talents.

To answer audience questions, Clever Hans would stamp his foot. Of course, many people doubted the horse’s talent, so various studies were carried out on Hans away from his owner, but he would answer every question correctly. Osten’s downfall came when a stranger asked a question he didn’t know the answer to. It became apparent that Hans wasn’t capable of answering mathematical questions; he would simply tap his foot until a person seemed to relax when he reached the answer. Clever Hans would know he was right when he received a round of applause from the audience and was treated with a reward.[3] Way back on October 16, 1869, William Newell was digging a well in Cardiff, New York, when he discovered the corpse of a 305-centimeter-tall (10′) tall man. He instantly believed he had found a giant, so he covered the site with a tent. He then monetized the discovery by charging 25 cents for the public to view the enormous man. As crowds gathered to set eyes on the corpse, Newell doubled the entry fee. Unsurprisingly, all was not as it seemed, as archaeologists ultimately deemed the corpse to be a fake.[4]

The Cardiff giant was the creation of George Hull, a tobacconist who hired men to carve the man out of a 3-meter (10 ft) block of gypsum in Iowa. He told the men his intention was to create an Abraham Lincoln monument for New York. The block was then shipped to Chicago and carved by stonecutter Edward Burghardt, who was sworn to secrecy. Stains and acid were then applied to the fake corpse to make it appear weathered. Hull then transported the faux giant by railroad to William Newell’s farm. Newell, who was Hull’s cousin, then hired two men to dig a well for them to find the giant.

It’s hard to believe a broadcaster would intentionally plan to deceive a whole nation, but that’s exactly what the BBC did to UK viewers on April Fools’ Day in 1957. The BBC aired Panorama, a popular documentary show that exists to this day, to inform viewers of a spaghetti harvest.

At the time of the broadcast, spaghetti wasn’t well-known in Britain, so viewers were hooked by images of a Swiss family harvesting the pasta from a tree.[5] To add to the mockumentary’s credibility, Richard Dimbleby, a respected broadcaster, provided the voice-over. The mockumentary was so believable that viewers contacted the BBC for information on how to grow their own spaghetti tree at home, so the network recommended that they “place a sprig of spaghetti into a tin of tomato sauce and hope for the best.” 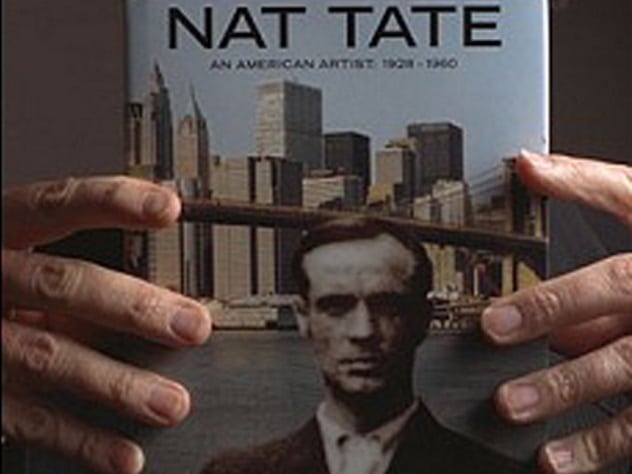 Acclaimed British novelist William Boyd pulled off the greatest artistic and literary hoax of all time in 1998. The former lecturer at St Hilda’s College in Oxford published the artist biography Nat Tate: An American Artist 1928–1960. He claimed Nat Tate was an abstract expressionist who both lived and worked in New York during the 1950s. However, Boyd stated in his book that Tate destroyed 99 percent of his work during the course of one weekend and then leaped to his death from a ferry by Staten Island. His body was never found. Of course, it couldn’t possibly have been found, as Nat Tate was a figment of Boyd’s imagination.

Following the biography’s publication, which was presented as real and extensively reviewed, the lie unfolded. Nat Tate’s life was not only concocted by William Boyd, but the book was written in collaboration with Tate Britain and the National Gallery. There were also other conspirators involved in the clever ploy, including David Bowie, who gave a public reading of the book on April Fools’ Day. The reason behind the publication was to expose the pretentious art world, as many socialites and industry professionals claimed they were aware or Nat Tate’s legacy. The art world realized it had been fooled once a reader wrote to The Independent to expose the hoax.[6]

4 Mary Toft And The Rabbits In 1726, 24-year-old Mary Toft went into labor and called out for her neighbor, Mary Gill, who quickly rushed to her side. What Gill didn’t expect to find was that Mary Toft had given birth to a monster, so she ran to Toft’s sister-in-law, who was a midwife. She informed her that Mary had seemingly given birth to a jumble of animal parts. The family promptly sent the parts to John Howard, who was a local surgeon with more than 30 years’ experience. After he inspected the remains, he stated Mary Toft had given birth to “three legs of a Cat of a Tabby Colour, and one leg of a Rabbet [ . . . ] in them were three pieces of the Back-Bone of an Eel.”

Skeptical of what he had seen, Howard visited Mary, who he claimed was “of a very stupid and sullen temper.” However, he was flabbergasted when Mary gave birth to a bunny before his very eyes. Mary became a celebrity as the public became captivated by her story, especially as Howard reportedly witnessed Mary give birth to eight more baby rabbits within one month. The story was so mysterious that Britain stopped cooking rabbit stew.

Mary was then taken to a London bathhouse against her will for study and was under the watchful eye of King George himself. Weirdly, Mary stopped giving birth to rabbits. On December 4, a porter was caught attempting to sneak a baby rabbit into Mary’s chamber, and Mary’s husband was found to have bought many rabbits from the town’s merchants. With evidence mounting against her, Mary confessed that the story was a hoax, and she was thrown in jail for five months.[7] Aspiring actors Richard and Mayumi Heene had appeared on the reality TV show Wife Swap. During their time on the show, Richard was vocal about his dream of launching homemade flying saucers into storms. However, their dream of connecting with aliens seemingly became the family’s biggest nightmare on October 15, 2009, as they made a 911 call to state that their six-year-old son, Falcon, had floated away on a helium-filled balloon. The media later reported that Falcon was traveling on the gas balloon at an altitude of 2,100 meters (7,000 ft), and the story earned him the nickname of “Balloon Boy.”

However, the whole world need not have worried, as it turns out that Falcon was hiding in the family’s attic, and Richard Heene had built the flying saucer-shaped balloon in his backyard. Richard was consequently sentenced to 90 days in jail (60 of them work release) and ordered to pay $36,000 restitution, while Mayumi Heene served 20 days of community service. The Heene family were also told that they could not financially benefit from the hoax, such as profiting from a book deal.[8] West German magazine Stern published the first installment of Adolf Hitler’s unseen diaries in 1983. The periodical reportedly paid $4 million for the 60 volumes, which they believed were found in the wreckage of a plane crash from 1945. Aware how important the documents were to history, the magazine had handwriting experts from Germany, the US, and France confirm their authenticity.

However, people across the world were skeptical, and they had every right to be. The Bundesarchiv published an article revealing that the handwriting had been replicated using modern stationery. Additional handwriting tests were undertaken, only to prove the documents’ inaccuracy. The hoax forced several editors to resign, including those from Stern, The Sunday Times, and Newsweek. The diaries were later found to have been forged by Konrad Kujau, who was, unsurprisingly, a small-time crook.[9] 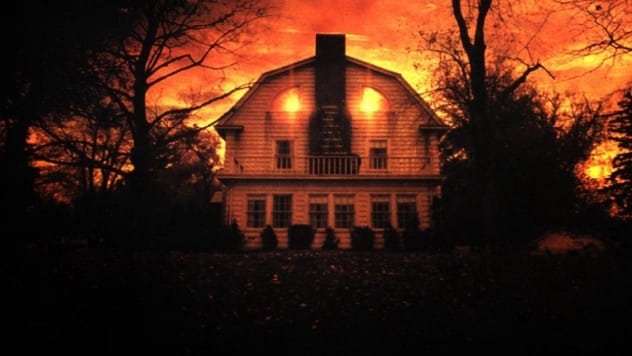 In 1974, Ronald DeFeo Jr. shot and killed six of his family members at 112 Ocean Avenue, which is a large Dutch Colonial house located in the New York village of Amityville. In 1975, DeFeo Jr. was convicted of second-degree murder. The same year, George and Kathy Lutz, along with their three children, moved into 112 Ocean Avenue. The family claimed a demonic spirit supernaturally attacked them, and they fled the house after 28 days of paranormal terror.

Investigators were, however, skeptical of the family’s claims. It wasn’t until years later that the lie was exposed, as DeFeo’s lawyer finally admitted that both he and the Lutz family had worked together on the story and that both had profited substantially from the hoax.[10] They also worked with Jay Anson, a novelist, to help enhance their tale, which was adapted into the hit movie The Amityville Horror.