When it comes to humanity, very little in life shows us who we really are as well as the way we express ourselves through sex. From sex habits to sex laws, our sexuality tells us a lot about ourselves in many, many other facets of life, such as the way we view and care for one another, how we think of our place on the social ladder (and the places of others), and, of course, what we find desirable or undesirable in other people.

Sex is one of the most fundamental forms of both communication and introspection that we have, and it’s been this way since the dawn of time. Ancient Egypt was one of the marvels of the ancient world, exotic and unusual in almost every way. It seems that we can hardly get enough of their unorthodox practices and bizarre beliefs; even by ancient world standards, Egypt was definitely a weird place. Here are ten bizarre sex habits from the world of ancient Egypt. 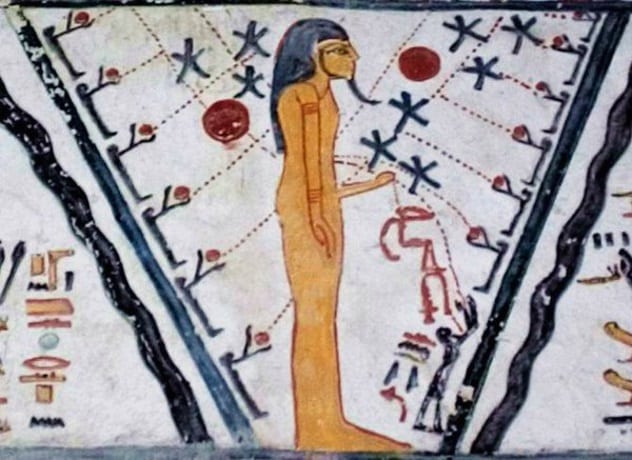 Christians believed that God spoke the world into existence; Genesis tells us that God said, “Let there be light,” before a succession of other statements which literally spoke everything into existence through the use of mere words. The formless chaos became formed and predictable, and life came into existence. But the ancient Egyptians were no prudes; they were a lot kinkier and a lot more bizarre. 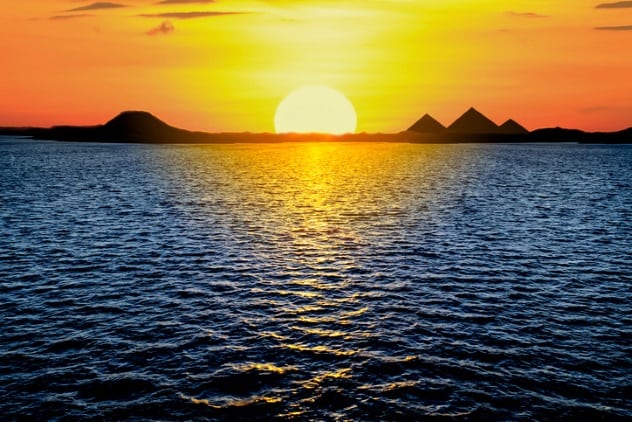 The symbolism here is pretty powerful when we consider the fact that the ancients viewed time in a circular format, rather than a linear succession of moments. In fact, the ancient Egyptian word for “semen,” “progeny,” and describing the floods of the Nile were all the same word, mtwt, and the ancient Egyptians knew the life-giving, fertilizing ways of the predictable floods of the Nile—and they saw the same properties in semen.

8 Food Of The Gods 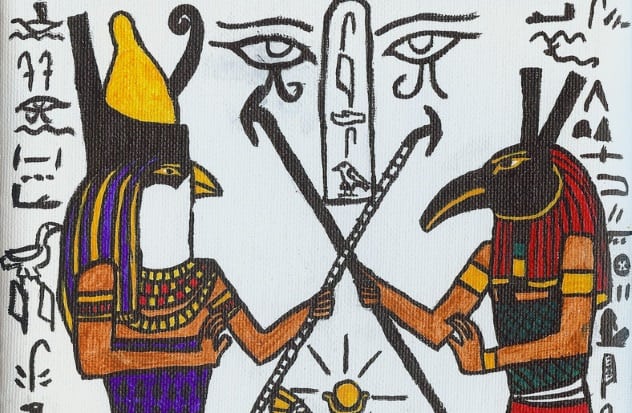 Another unusual sex myth which sprang up from this ancient culture was that of Horus and Seth (or Set), which was highly sexually charged, with an ultra-kinky element to it. Horus and Seth were a pair of gods that were always fighting with each other, perpetually in bitter conflict, and their story is representative of a lot of how the ancient Egyptians viewed life. The two would basically fight over who would inherit the throne of ancient Egypt from Osiris, Seth’s brother and Horus’s father, and Horus would end up taking it—Seth would constantly challenge him for it.

Much like the ancient Greeks and Romans, the ancient Egyptians likely viewed homosexual acts as tolerable, even socially accepted, and the dominant party would warrant a higher social status; in homosexual interactions, the receiving party was considered the submissive, and the giving party, or the party pleasured, was the dominant party. This carried over into the myth.

Seth and Horus were battling for the throne one day and were basically trying to pin one another, forcing the other to be a submissive sexual partner.[3] Seth was trying to shame Horus by making him accept the female sexual role, thereby garnering the support of the other gods. The plot was foiled by Isis, however, who managed to keep Seth’s semen from coming into contact with Horus. In turn, she managed to trick Seth into eating Horus’s semen, thereby handing the victory to Horus. 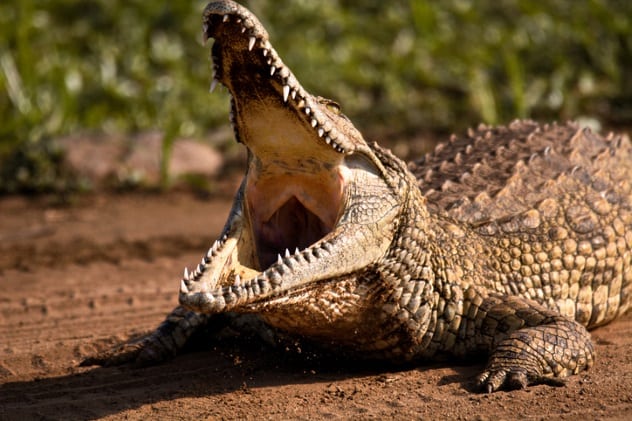 While it’s no secret that the ancient Egyptians were into some kinky stuff with animals (despite such acts being illegal and carrying stiff penalties), and animals are featured in every aspect of their culture, this apparently went to some pretty bizarre lengths. The ancient Egyptians reportedly even viewed crocodiles as fair game and weren’t above having sex with one when they wanted to get their kink on.

Though crocodile sex was as illegal and socially frowned upon as any other form of bestiality, it definitely happened. There were people who mastered the art of rolling a crocodile over onto its back to have sex with it in a way that was safe. (The animal couldn’t stop itself from being penetrated when on its back.) I guess the ancient Egyptians liked a good challenge. Further, this is noted to have happened because the ancients believed it would bring the person doing the penetration good fortune and prosperity.[4]

6 Necrophilia And The Embalmers 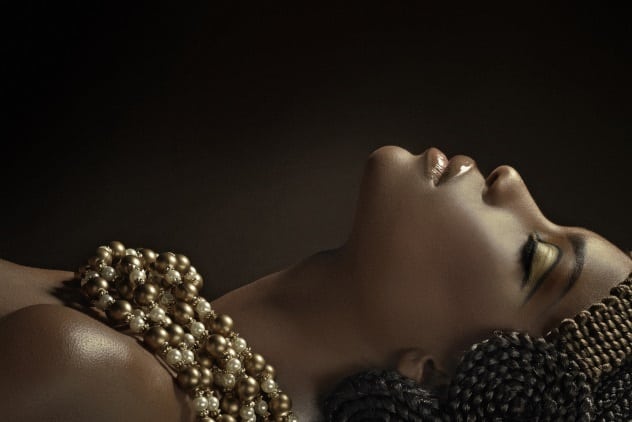 It makes sense when we consider the Egyptians’ sex obsession and couple it with their bizarre death obsession (or, more appropriately, obsession with life after death) that necrophilia might be part of their culture. The Greek writer Herodotus tells us a lot about the practices of other cultures in the ancient world, especially when it comes to sex; he told us plenty about the sexuality of the ancient Babylonians, and he had some things to say about Egypt as well—particularly concerning necrophilia.

Herodotus said that in ancient Egypt, one would want to let the bodies of their loved ones sit out for three or four days in order to dissuade the embalmers from having sex with the corpses, as embalmers wouldn’t want to have sex with a body that was already beginning to rot.[5] So, apparently, it happened at least frequently enough for Herodotus to mention it. 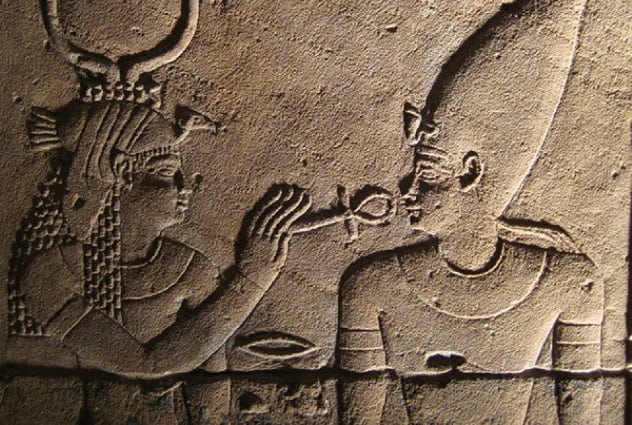 Further, the Egyptians had necrophilia built right into their mythology. Remember Seth and Horus? Seth was the brother of Osiris, and after Osiris died, which set off the bitter rivalry between Horus and Seth, another god named Re had pretty extensive sexual relations with the dead body of Osiris. Even crazier than that? Re is a different name for the same figure that first masturbated the world into existence, Atum. Also, Horus, the son of Osiris, was created through the union of Isis and the dead body of Osiris; Horus was a god born out of necrophilia.[6]

If the Egyptian gods did it, its safe to say the Egyptians themselves did it on some level, too. Atum, aka Re, masturbated the universe into existence by creating the first two gods. Later, Osiris comes along and dies, and then Isis has sex with the dead body of Osiris and gives birth to Horus. Then Horus and Seth battle constantly to have sex with each other in a strange struggle for dominance. 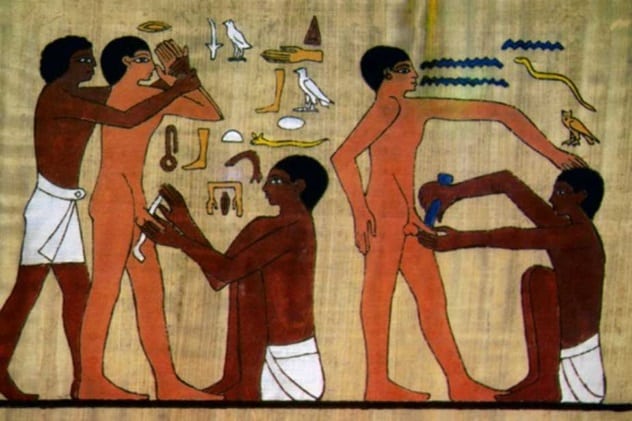 Aside from the ancient Hebrews, circumcision was a unusual thing in the ancient world that many must have seen as absolutely insane. (Imagine being from a culture that had no circumcision at all and discovering a people who did it.) Many societies today have augmented the practice into their culture, at least partially, through thousands of years of Judeo-Christian domination. But in the fifth century BC, the time when Herodotus was writing, the Hebrews were a very small culture, and Christianity didn’t even exist. 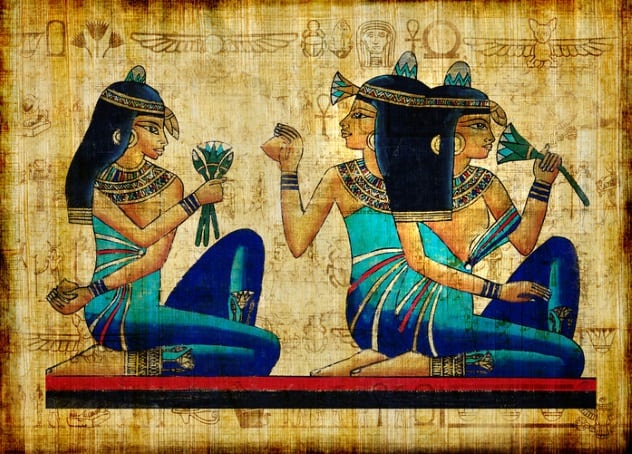 Like in ancient Babylon, prostitution was seen as a divine and respectable act done for the gods.[8] Prostitutes were afforded a relatively high social status in ancient Egypt, especially if we compare it to prostitution of today, which is, in many nations, is illegal and relegated to clandestine affairs done behind closed doors. Ancient Egyptian prostitutes, however, were able to work openly and freely and would tattoo themselves and wear red lipstick and other makeup to signify and differentiate themselves from non-prostitutes.

Prostitution was likely an extremely common practice that the Egyptians viewed as just another trade, and one that carried a bit of social status. Unlike Babylon, however, prostitutes were limited in the places where they could service clients. 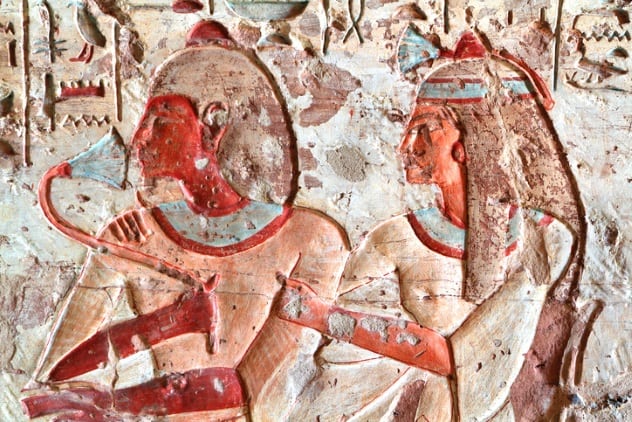 The ancient Egyptians even had a concept of gender fluidity which deeply permeated their culture, especially regarding the gods and the afterlife. The gods were constantly going through rebirths, with cycles of life and death which matched those of the Earth, with crops growing, being harvested, and growing again. And sometimes, sex changes would transpire. This was even believed to happen to humans posthumously, and it was believed that women would have to transform into men in order to achieve a successful transition into the prized, beloved afterlife that this culture did so much to obtain.[9]

Aside from this, the genders weren’t very differentiated in ancient Egypt, and women did most of the same things men did, which was extremely unusual for the time, to say the least. Their highly sexualized gods also had various features of the other gender. For example, depictions of Egyptian goddesses featuring beards have been uncovered. 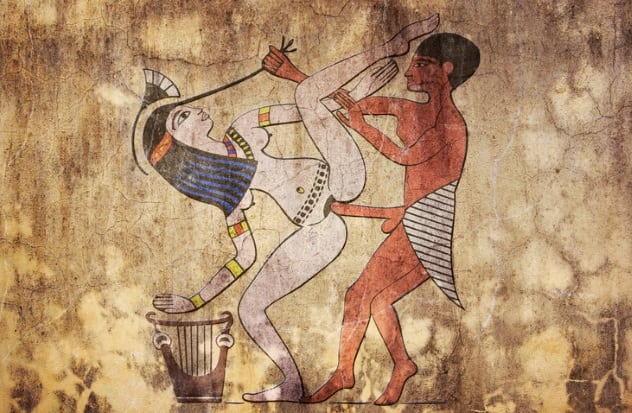 Much like today, the ancient Egyptians also had a desire for working contraceptives. They enjoyed a sexually liberal society and, accordingly, enjoyed sex for the sheer pleasure it brings. Thus, a good contraception was a valuable thing to have.

Condoms made from sheep intestines served to protect from pregnancy and also prevented the spread of STDS. They even knew what has been confirmed today, that acacia gum, from the acacia tree, worked as a spermicide and would reduce the likelihood of pregnancy.[10] Women would even take animal dung (including that of crocodiles) and shove it into their vaginas in hopes of blockading the sperm and, thus, preventing pregnancy. When it came to both sex and contraception, the ancient Egyptians took it seriously and did it like no others.

I like to write about history and dark stuff.